The 5,000-year-old piece of cedar wood is one of only three items that were removed from the Great Pyramid during a 19th-century excavation. 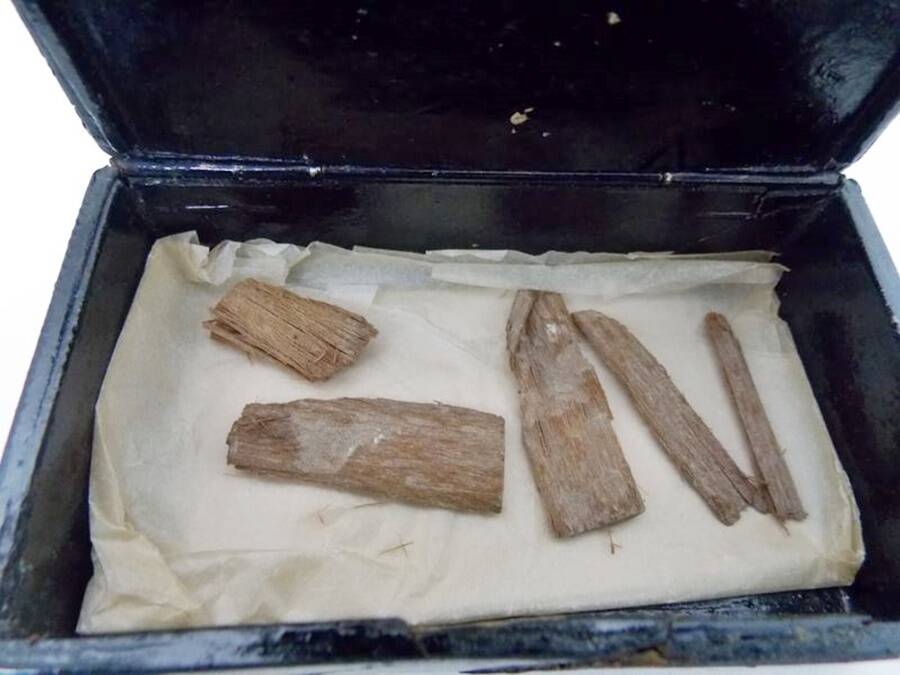 University of AberdeenThe artifact was gifted to the university over 70 years ago.

If there’s one thing you don’t expect to find inside an old cigar box, it’s an ancient Egyptian artifact. But that’s exactly what happened when archaeologist Abeer Eladany was sorting through the museum archives at Scotland’s University of Aberdeen.

“It had effectively been hidden in plain sight in the wrong collection,” she said of the discovery. “I’m an archaeologist and have worked on digs in Egypt but I never imagined it would be here in north-east Scotland that I’d find something so important to the heritage of my own country.”

According to Smithsonian Magazine, Eladany, who previously worked at the Egyptian Museum in Cairo, uncovered the missing artifact that was part of a trio of items known as the “Dixon relics,” which were the only pieces ever taken from the Queen’s Chamber of the Great Pyramid of Giza during the 19th century.

Two of the objects — a ball and a hook — were eventually placed in the British Museum. The third artifact, this five-inch piece of cedar wood, was sent to be stored at the university. But the artifact went missing after it was misfiled.

That is until Eladany came across an old cigar box bearing Egypt’s former flag. After she uncovered the wooden fragment, Eladany cross-checked the artifact with the museum’s records and realized what she had found. 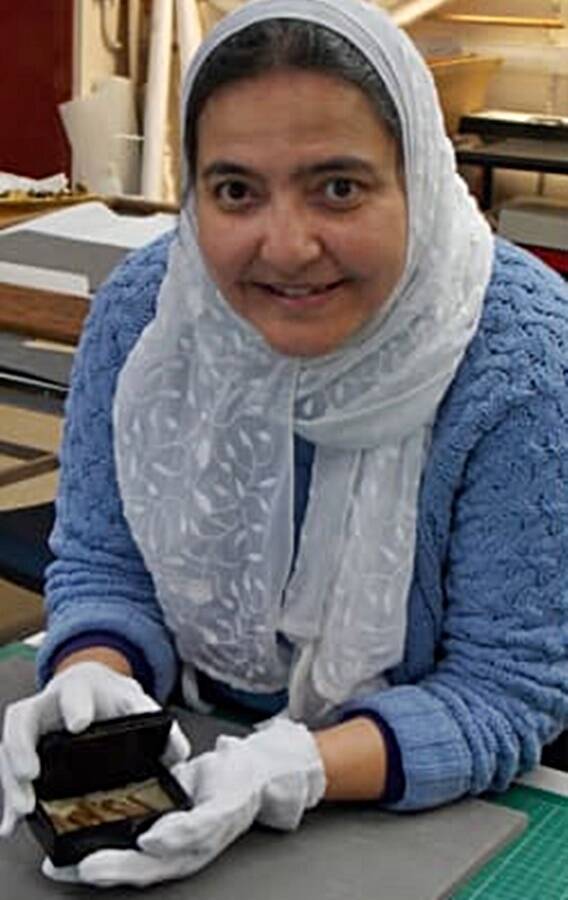 University of AberdeenArchaeologist Abeer Eladany uncovered the missing artifact while combing through the university’s archives.

In 1872, engineer Waynman Dixon and his friend James Grant, a physician and explorer, carried out excavations of the pyramid under permission from the Egyptian Antiquities Service. During their excavations, the two men took the trio of artifacts from the Great Pyramid, the only items known to ever be removed from inside the 4,500-year-old structure.

“The University’s collections are vast – running to hundreds of thousands of items – so looking for it has been like finding a needle in a haystack,” Eladany said. “I couldn’t believe it when I realized what was inside this innocuous-looking cigar tin.”

Researchers have yet to conclusively determine what the wooden fragment is, but it’s widely believed that it was used as a measuring tool during the construction of the Great Pyramid.

A radiocarbon dating of the wooden fragment, which has now splintered into multiple pieces, revealed that it dates back sometime between 3341 to 3094 B.C. This is an incredible revelation as it means the artifact predates the pyramid’s construction by five centuries. 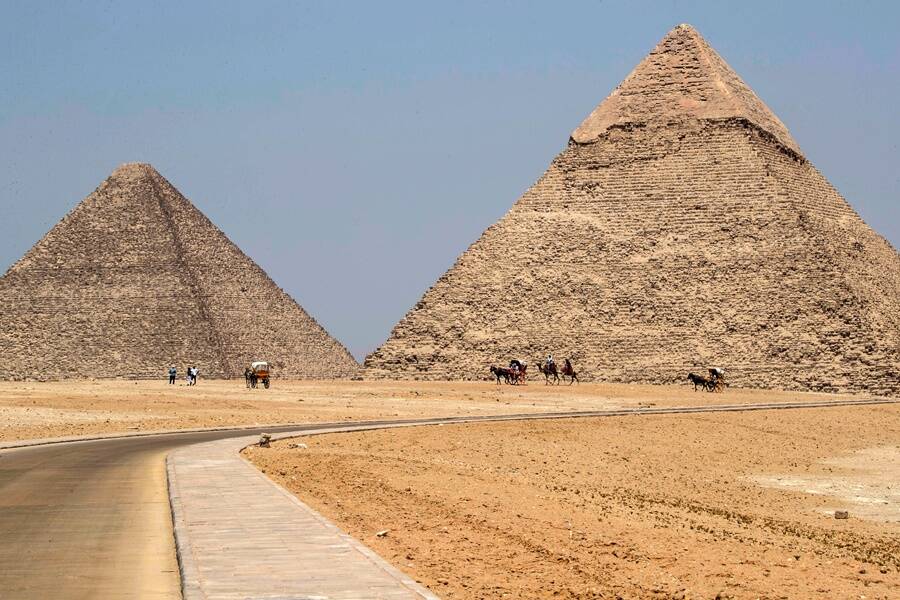 Khaled Desouki/AFP via Getty ImagesThe wooden fragment is one of the only three objects taken from the pyramid.

“It is even older than we had imagined,” said Neil Curtis, Head of Museums and Special Collections at the University of Aberdeen. “This may be because the date relates to the age of the wood, maybe from the center of a long-lived tree. Alternatively, it could be because of the rarity of trees in ancient Egypt, which meant that wood was scarce, treasured, and recycled or cared for over many years.”

After the pyramid’s excavation, both Dixon and Grant kept the artifacts for themselves. Dixon took the ball and hook while Grant took the piece of wood. After Grant died in 1895, his collection of pilfered artifacts was bequeathed to the university. But when his daughter donated the wooden fragment in 1946, it was labeled as a “five-inch piece of cedar” and was consequently never officially cataloged.

The Egyptian Antiquities Service was originally established in the 19th century to prevent the illicit trade of such artifacts, yet pieces of the historic Great Pyramid ended up being freely exchanged between foreign entities — mostly European museums — anyway.

The case of the long-lost Great Pyramid artifact is another reminder of archaeology’s long history of colonialism, which is how many artifacts like the Dixon relics “mysteriously” end up exhibited in museums far away from their original cultures, or worse, lost in a foreign university for decades.

Hopefully, this time around, the Great Pyramid piece will finally be kept safe.

Next, read about how arts and crafts company Hobby Lobby became embroiled in the case of the stolen Gilgamesh dream tablet from Iraq. Then learn about how the U.S. took millions of dollars worth of stolen artifacts from Middle East conflict zones.