Hundreds of thousands of artifacts have been looted from archaeological sites in Iraq and sold on the black market since the early 1990s. 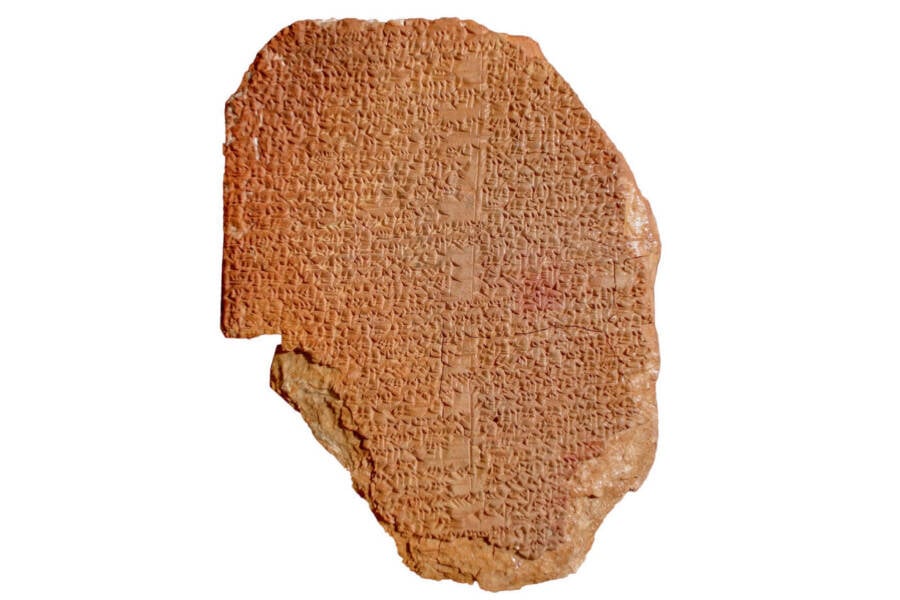 U.S. District Court Eastern District of NYThe Gilgamesh Dream Tablet in question is only one of 12 inscribed with the tale. This fragment contained a portion of the epic poem in which the protagonist describes his dreams to his mother.

In 2014, arts and crafts chain Hobby Lobby spent $1.6 million at an auction to purchase an ancient tablet inscribed with part of the Epic of Gilgamesh. Federal officials have since found the auction house lied about the tablet’s origins and that it was smuggled out of Iraq.

According to NY Post, Brooklyn U.S. Attorney Richard Donoghue’s office has now filed a civil action to return the $1.6 million tablet to the Iraqi government, where it belongs.

According to NBC News, the forfeiture of the tablet, known as the Gilgamesh Dream Tablet, was announced on Monday. Considered by many to bear the oldest work of literature in recorded history, the artifact was on display at Hobby Lobby’s Washington D.C. Museum of the Bible.

Federal prosecutors in the Eastern District of New York discovered that the tablet was one of thousands of artifacts looted and smuggled from Iraq that Hobby Lobby illegally bought. Hobby Lobby president Steve Green — chairman of the museum — was fined $3 million in July 2017.

Later that same year, the company opened the $500 million Museum of the Bible. In September 2019, federal agents seized the ancient tablet, and now it seems to be finally heading back to Iraq. 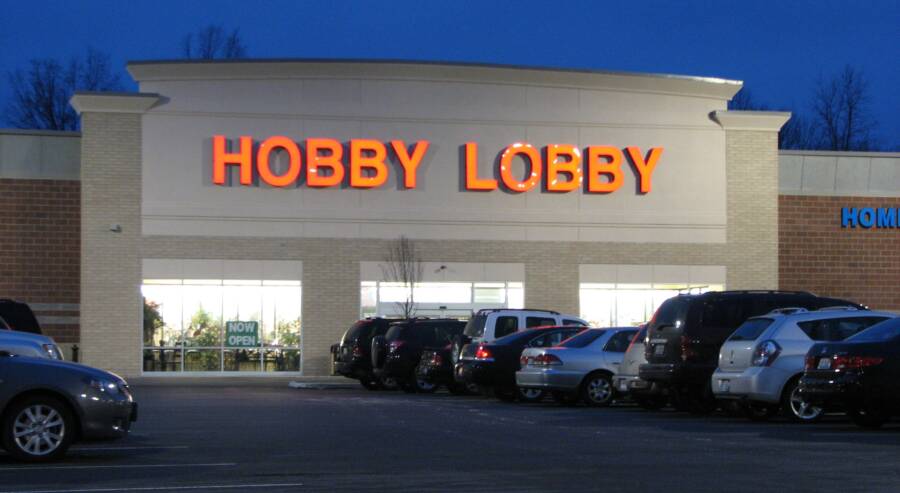 The clay tablet dates back to 1600 B.C. and bears in cuneiform a section of the Gilgamesh epic in which the hero describes his dreams to his mother. The court documents filed on Monday explained that this is one of only 12 such tablets inscribed with the Gilgamesh tale, and was found in the Assyrian ruins of Iraq in 1853.

The documents state Hobby Lobby purchased the artifact from an unidentified auction house that claimed the tablet was purchased in San Francisco “well before” 1981. According to The New York Times, however, it was actually bought from a mysterious antiquities dealer in London in 2003.

The unidentified individual purportedly acquired the invaluable artifact from the family of the former head of the Jordanian Antiquities Association. A lawsuit revealed that this particular official, Ghassan Rihani, sold countless items looted by Iraqi soldiers during the 1991 occupation of Kuwait.

In 2007, the tablet was sold to another buyer for $50,000 and given a forged provenance letter alleging it had been legitimately obtained at an auction house in 1981. This was, conveniently, a year preceding laws restricting the importation of artifacts from Iraq.

A Fox News interview with Steve Green announcing the opening of the Museum of the Bible.

“Whenever looted cultural property is found in this country, the United States government will do all it can to preserve heritage by returning such artifacts where they belong,” said Donoghue in a statement.

“In this case, a major auction house failed to meet its obligations by minimizing its concerns that the provenance of an important Iraqi artifact was fabricated, and withheld from the buyer information that undermined the provenance’s reliability.”

Three years after Hobby Lobby Stores purchased the item for $1.6 million in 2014, a museum curator contacted the auction house with some questions about the item’s origins. The auction house withheld the provenance letter, aware it wouldn’t pass “scrutiny in a public auction.”

Green called the purchase a “regrettable” mistake, following the $3 million settlement in 2017, and said Hobby Lobby should’ve “exercised more oversight and carefully questioned how the acquisitions were handled.”

A 2018 press conference by U.S. Immigration and Customs Enforcement announcing the return of 3,800 artifacts purchased by Hobby Lobby.

Meanwhile, a spokeswoman for the museum claimed it supported the Department of Homeland Security’s efforts at returning the tablet to Iraq.

“The museum, before displaying the item, informed the Embassy of Iraq on Nov. 13, 2017, that it had the item in its possession but extensive research would be required to establish provenance.”

The theft of priceless artifacts from a nation embattled by foreign invaders is sadly just a microcosm of the issue. Officials clarified that hundreds of thousands of items have been looted from archaeological sites across Iraq and smuggled and sold on the black market since the Gulf War.

In a small, rightful victory, according to Green’s statement, the 11,500 artifacts lacking sufficient provenance will soon be returned to Egypt and Iraq.

After learning about federal officials announcing the ancient Gilgamesh Dream Tablet will be returned to the Iraqi government after being illegally purchased by Hobby Lobby, read about the U.S. receiving millions of dollars’ worth of stolen artifacts from the Middle East in 2016. Then, learn about the family of Miss Iraq fleeing the country after the daughter’s selfie with Miss Israel.