Archaeologists Just Found The Ruins Of A Chinese City Built 5,300 Years Ago 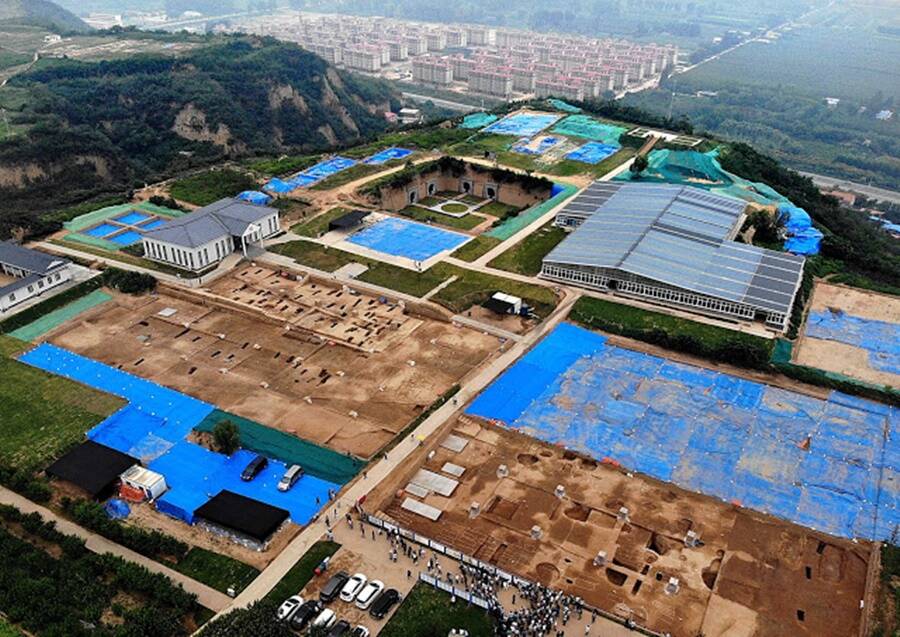 China remains one of the oldest civilizations in the world with a history of ancient settlements dating back to thousands of years ago. An excavation at the Shuanghuaishu site in Gongyi on the outskirts of Zhengzhou in mid-May 2020 revealed the site of a huge settlement that archaeologists estimate dates back to 5,300 years ago.

According to Archaeology News Network, the ancient ruins stretch over 10 million-square-feet and represent the largest tribal clusters of the middle and late stages of China’s Yangshao culture which existed along the Yellow River during the Neolithic period.

The large settlement boasted layers of ring trenches and city walls. Researchers also uncovered more than 1,700 tombs that were neatly organized into three blocks, a rudimentary sanitation system, storehouses, and even a road system — all signs that the 5,300-year-old city was carefully designed. 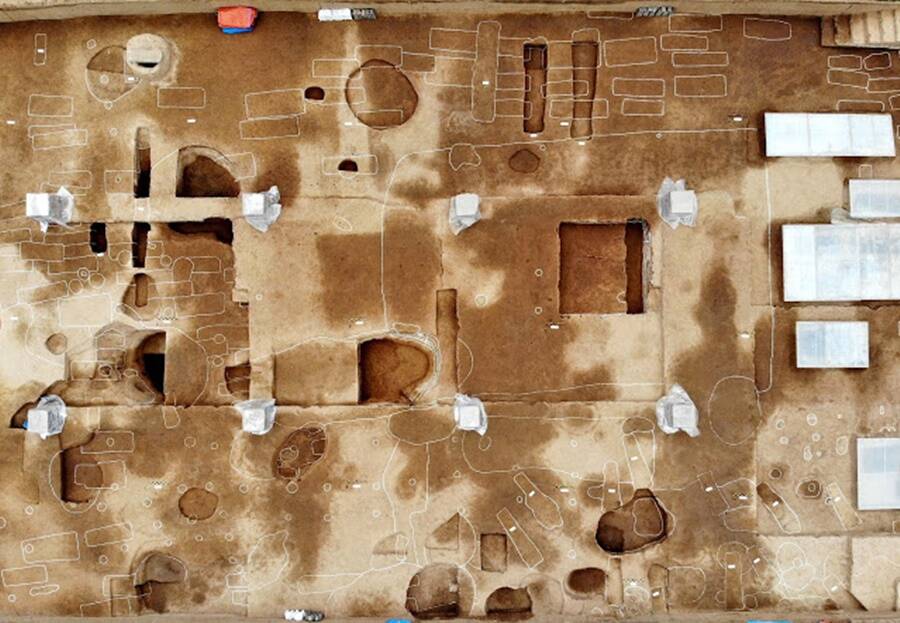 “This location was carefully chosen and its construction was well designed,” said Wang Wei, president of the Chinese Society of Archaeology.

He added that “Discoveries in Shuanghuaishu have filled a gap in the research of the origins of Chinese civilization,” extending the continuous occupation of the Zhongyuan territory further back than initial estimates.

Researchers also uncovered remnants of what look like sacrificial platforms, which were erected between the residential areas of the city, and smaller artifacts such as a silkworm statuette made of boar teeth. But perhaps most intriguing was the set of clay pots that were mysteriously placed in the shape of the Big Dipper constellation.

Gu Wanfa, head of the Zhengzhou institute, said these unearthed objects showed “the aura of kings” and may point to the religious beliefs of the city’s residents at the time. 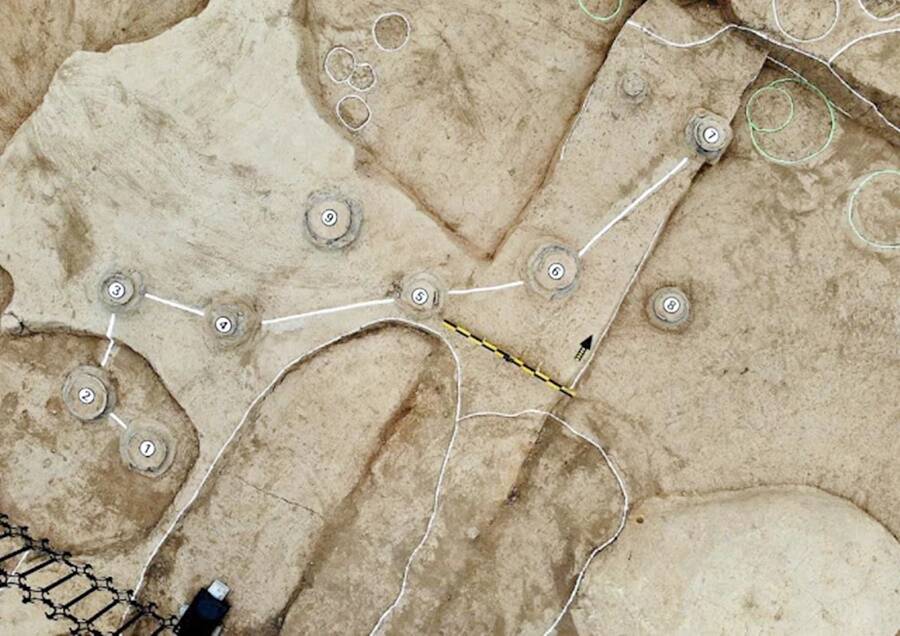 The unearthed settlement is significant since it provides archaeologists with a new understanding of the development of civilization within China’s storied past.

“We all know Zhongyuan is a core of ancient Chinese civilization, but how did it become the core?” Wang posed rhetorically. “We didn’t have solid clues until now…In the golden age when civilization started in China, this site likely played a key role.”

The area where the Shuanghuaishu site is situated is commonly known as Zhongyuan or the Central Plains. It has long been considered the mecca of early-stage Chinese civilizations since previous discoveries throughout the Henan province where the site is located have uncovered swaths of similar settlement ruins.

Other archaeological finds in the region have been the discovery of Erlitou, which is considered the site of the capital of the Xia Dynasty; Yinxu, the last capital of the Shang Dynasty; and several other major cities of the two dynasties which eventually merged into China’s central kingship that ruled over the united territories. 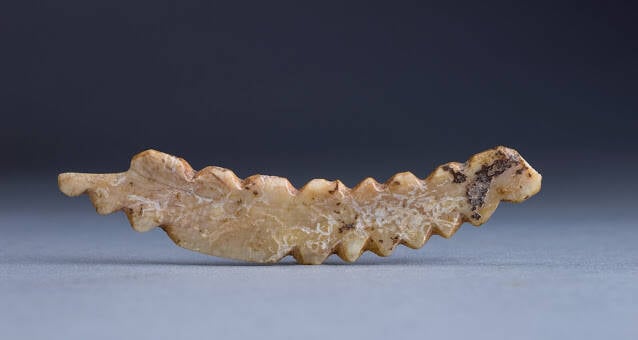 Li An/XinhuaA boar tusk carving of a silkworm was among the artifacts unearthed at the Shuanghuaishu site.

These findings covered the areas near the central and lower areas of the Yangtze River, the largest flowing river in China, and the Liaohe River in the northeast. Here researchers have uncovered advanced urban architectural ruins that belonged to past cities existing thousands of years before.

“Development of civilizations accelerated in these areas, but we had regretted that no such finding of the same period was made in the Zhongyuan area,” Wang explained. The Liangzhu ruins in eastern Zhejiang province, for example, date back 5,300 years showing a highly developed rice-breeding agricultural civilization that worshipped jade.

Now, archeologists have finally uncovered evidence of a similarly rapid urban development in the Central Plains much earlier than was previously thought. Moreover, experts believe the Shuanghuaishu site might have even been referenced in the Book of Changes, among the first books of philosophy in which a highly-developed state near the Yellow River was described.

As researchers continue to dig through the expansive sites of China, who knows what they might uncover next.

Next, learn how scientists solved the mystery surrounding the ancient Chinese pyramids and read about the ancient Mexican city that boasted as many buildings as modern-day Manhattan.