The Story Of Lehi, The Jewish Terrorist Organization That Tried To Form An Alliance With The Nazis

Although never numbering more than 200, Lehi would leave a permanent mark on Israeli politics, history, and culture due to their violence. 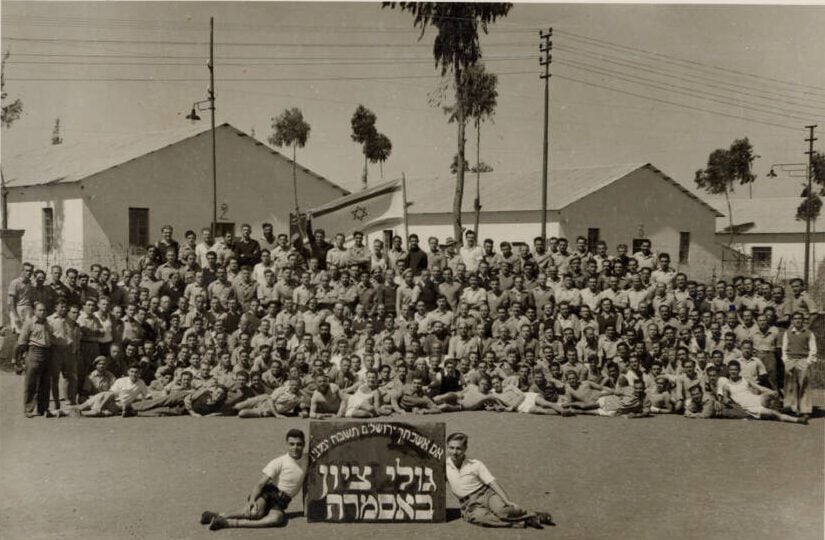 United States Holocaust Memorial MuseumLehi established a reputation in Palestine for indiscriminate aggression, grandiose politics, and a willingness to do whatever it took to create an ethnic Jewish state.

In the first half of the 20th century, a profusion of groups worked to establish a Jewish nation in the state of Israel. Known as Zionists, these activists believed that Israel was the rightful land of the Jewish people and should be governed as such.

But one faction of Zionists took an extremist position. It was 1940, and amid the most vicious war humanity had ever seen, Lohamei Herut Israel, or Lehi, was just forming.

The self-described “terrorists” were led by the charismatic operative Avraham “Yair” Stern, and they vowed to stop at nothing, including assassinations, bombings, and allying themselves with Hitler himself, in order to realize their vision.

Indeed, Lehi did what was, for Zionists, unthinkable: they attempted to ally with Nazi Germany to establish a fascist Israel.

The Political Climate Before Lehi Zionism

Long before Stern established his group, militant Zionists struggled for independence from the more pragmatic Zionists under the guidance of Russian-born political activist Ze’ev Jabotinsky. Jabotinsky had also helped to found Irgun, a radical terrorist group that sought to evict the British from Palestine, which at that time loosely ruled the West Bank.

Palestine was already populated by opposing groups when the British invaded. These included Christians, Jews, Arabs, and Druze, among others, who each believed they held more right to the land than the others. 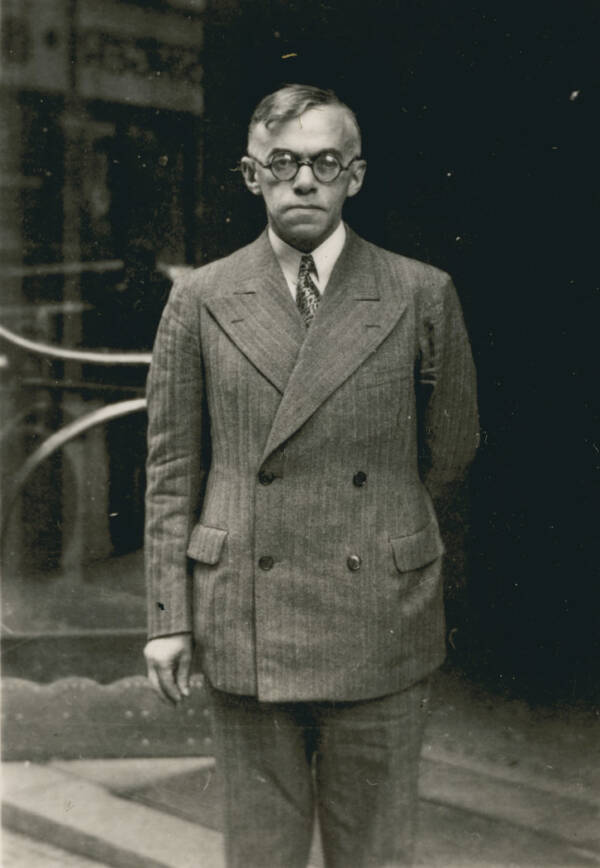 United States Holocaust Memorial MuseumZe’ev Jabotinsky, founder of Revisionist Zionism, was opposed to British rule in Palestine but believed that an alliance with the Brits was nonetheless needed to defeat the Nazis.

This uneasy balance in Palestine was further upset in 1939 when Britain mandated that it needed to become a Jewish state within ten years. Until such time, however, Jewish immigration into Palestine would be restricted. Both Arabs and Zionists rejected this mandate, viewing it as a betrayal of earlier promises they’d each made with Britain.

But when Irgun decided against an open revolt on the British, one of its members decided to go his own way.

Avraham Stern was born in 1907 in what is now Poland and emigrated to Palestine at the age of 18 as part of the Second Aliyah, which was the second time Jews immigrated en masse to Israel.

By 1939, Stern was a veteran of Irgun and other militant groups. He had come to believe that Britain was Israel’s most significant enemy and posed the greatest threat to the establishment of a Jewish state in Israel.

While Stern believed that Adolf Hitler was an anti-Semite, he also believed that the Führer could be useful in realizing his vision of a revived Kingdom of Israel founded on authoritarian principles. 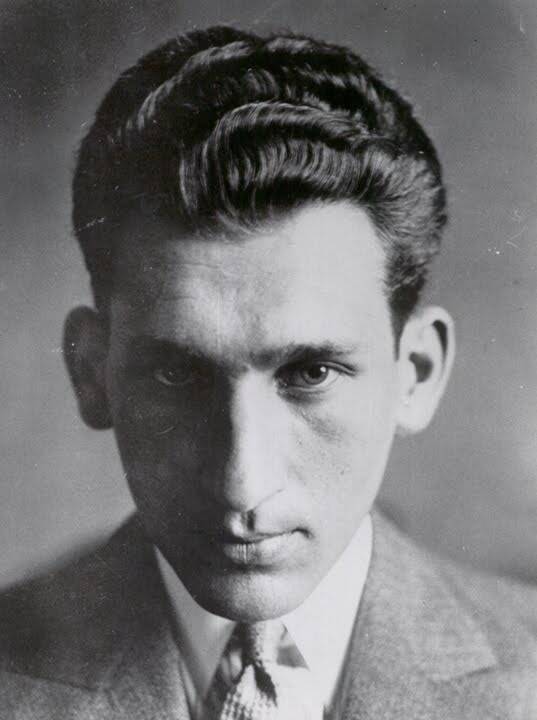 Wikimedia CommonsStern was a poet and an activist, and he was convinced that Britain posed the greatest threat to the establishment of Israel.

Stern consequently led a splinter group of Irgun called Lohamei Herut Yisrael or “Fighters for the Freedom of Israel.” The British referred to them as “the Stern Gang.”

He took Jabotinsky’s idea of a mass exodus of European Jews to Palestine and crafted an outlandish proposal: in return for Lehi swearing their allegiance to the Axis Powers, Stern wanted all Jews under the Nazi administration to be transferred to Palestine, 40,000 of whom would be immediately armed and trained to rebel against the British authorities.

This proposal wasn’t entirely illogical. Stern had experienced firsthand how hostile the British were to Zionists and, until 1942, one could imagine that Hitler might have been satisfied with simply evicting the Jewish population out of his empire rather than exterminating them as he chose to do instead.

Besides, by this time, the Axis powers seemed invincible with their iron grip on Western Europe and it seemed like only a matter of time before Britain fell to them, too. Stern, misguided though he was, thought Lehi was taking the winning side in history.

Stern made his offer three times, first to the Italians and then to the Germans, in 1941. But as far as is known, neither of these fascist governments took the proposal seriously.

Stern’s resolve against the British hardened when he learned that his father was trapped in Poland. He believed this was because of British restrictions on Jewish travel and did not realize that it was actually because Nazi death squads were preparing for the wholesale murder of Polish Jews.

Ultimately though, Stern’s biggest mistake was in failing to recognize Hitler for the monster he was, having so desperately hoped to establish an alliance with the powers he believed would take over the world. 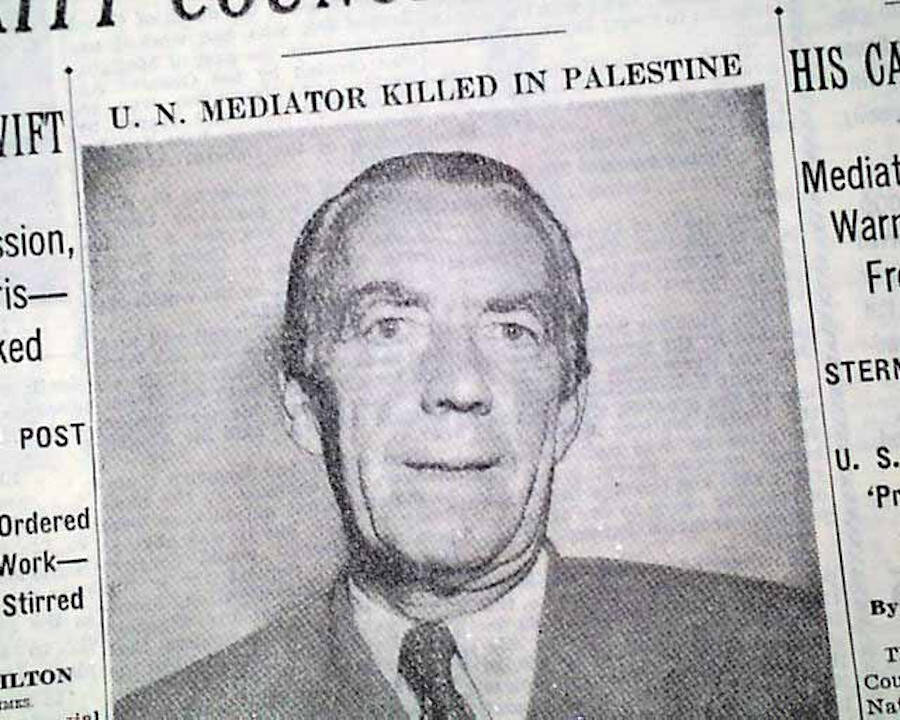 Wikimedia CommonsOne of Lehi’s more notable assassinations was of United Nations mediator Folke Bernadotte in 1948, an act which earned them international condemnation and hastened the group’s demise.

Though Lehi’s mission was lofty and brutal, their ranks never numbered more than 200 at a time and were constantly broke. As such, their violent plans didn’t always come to fruition, and when they did, they often failed.

For instance, in January 1942, Lehi militants attempted to rob a bank in Tel Aviv, resulting in the deaths of two Jewish bystanders. This was followed by another attempt in the same month to kill the British commander of the Criminal Investigation Department. Three policemen were killed, two of them Jewish.

Furthermore, British intelligence was far too effective for a small terrorist organization like Lehi to succeed. Every detail of what they had attempted to do was known and the British even arrested an emissary Lehi had sent to meet with Italian diplomats in Beirut.

Although it’s possible that the Reich may have briefly considered Stern’s preposterous alliance, it would never amount to anything but a garish dream anyway.

In February 1942, with a price on his head, Stern was shot dead in uncertain circumstances in a Tel Aviv apartment. Lehi would be forced to struggle on without his dubious leadership.

With Stern dead and many of his followers arrested or in hiding, Lehi was comatose. But then two leading operatives, Yitzhak Shamir and Eliyahu Giladi, escaped from custody and wasted no time in re-establishing the organization based on a campaign of bank robbery, bombing, assassination, and kidnapping wealthy Jews throughout Palestine. 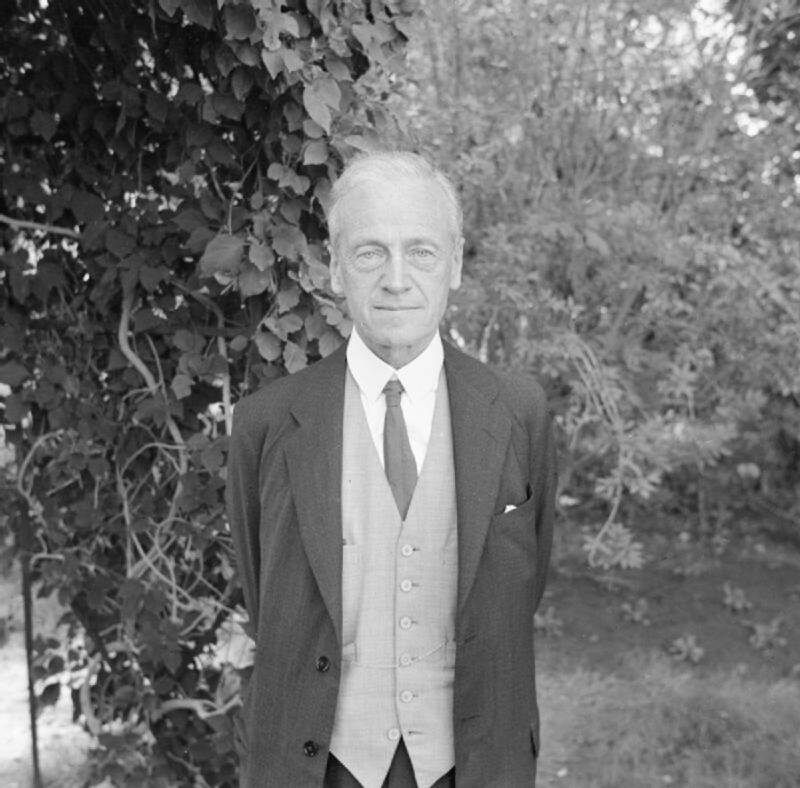 In 1944, Lehi succeeded in killing Walter Guinness, First Baron Moyne, and the highest-ranking British official in the Middle East. Killing a high-profile Brit garnered Lehi the notoriety they craved, but it won them no sympathy from Palestinian Jews and further infuriated the British government under Winston Churchill.

But their most renowned crime would come only after the war.

In 1947, more Jews than ever poured into Palestine and the time seemed nigh for the establishment of an all-Jewish Israel. But when the United Nations proposed the creation of separate Palestinian states for Jews and Arabs, Irgun and Lehi were outraged. They were committed to creating a purely Jewish nation free of Arab inhabitants, so they joined forces. 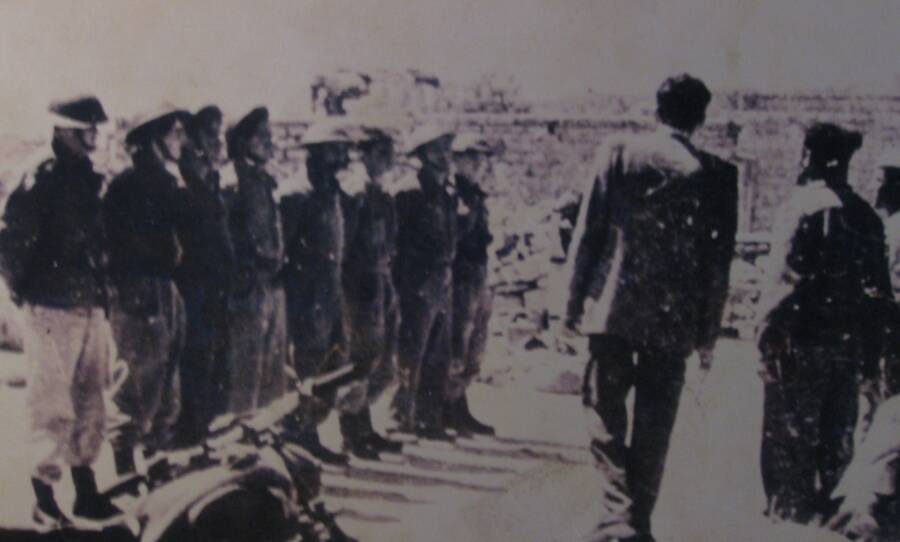 Wikimedia CommonsJewish militiamen take over the defense of Deir Yassin after the massacre, 1948.

In April 1948, 120 Irgun and Lehi militants attacked the Arab village of Deir Yassin, massacring 100 to 250 villagers and wounding 12.

The massacre made the two groups hated by all but the most radical of Zionists. Along with international condemnation, the massacre was a vital catalyst in the decision of Jordan to invade and thus begin the 1948 Arab-Israeli War, finally ending with the creation of an independent Israel.

A Little-Known But Lasting Legacy

The Stern Gang quietly evaporated after the 1948 Arab-Israeli War, with its last few leaders on trial despite its efforts to transition into a pro-Soviet political party. Those members who didn’t join the newly-formed Israel Defense Forces, or retire voluntarily, drifted into even more fanatical groups that continued to pursue campaigns based on assassination and bombing. 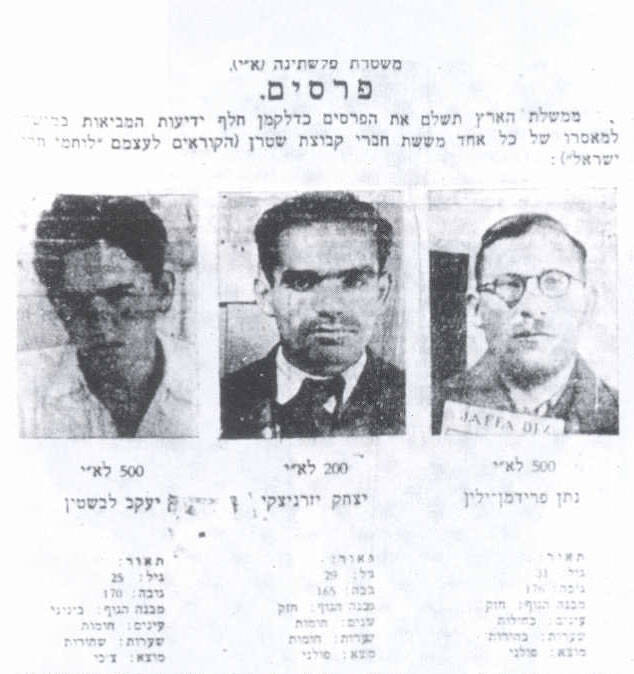 Wikimedia CommonsA Palestinian Police Force wanted poster for members of Lehi. The man in the center is Yitzhak Shamir.

Yitzhak Shamir, one of Stern’s successors, would later become the seventh prime minister of Israel. He established a reputation for being relatively open to compromising with Israel’s neighboring Arab states.

Geulah Cohen, Lehi’s primary radio DJ, became a member of Knesset, the Israeli parliament, acting as a far-right hardliner until her retirement in 1992.

But while Lehi’s members may have seen themselves as liberators and nation-builders, their actions likely only hindered any hopes for a peaceful establishment of the nation they longed for, and their violence sealed their reputation as radical terrorists.

After learning about Lehi’s bizarre and brutal past, find out more about the world of early Israel in these fascinating photos of Old Jerusalem. Then, read about the inspiring story of the journey of Ethiopia’s Jews to Palestine.