The 25-year-old student left with a staffer's cowboy hat and a picture of unknown value. 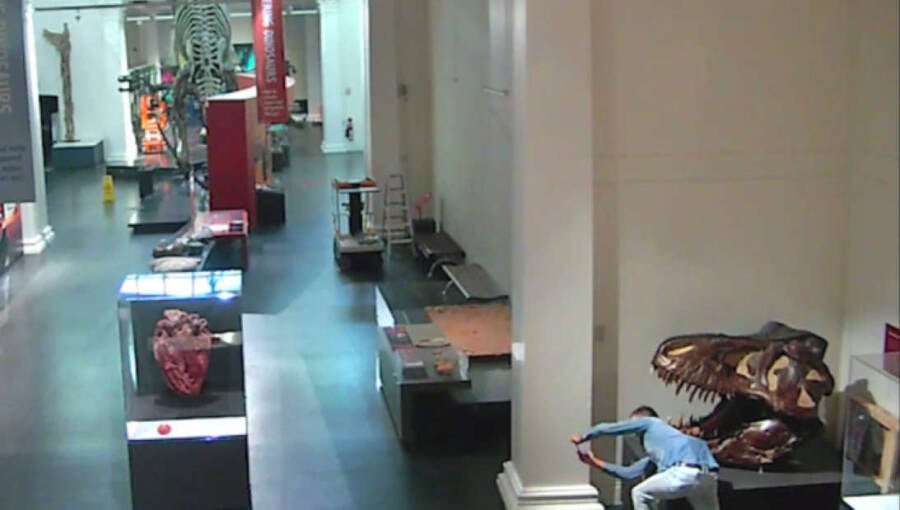 In the era of social distancing, spending a night at a museum to wander its halls in peace seems like a wonderful idea. Unfortunately, doing so while the museum is closed is considered a crime. It is unclear whether a 25-year-old man who recently broke into the Australian Museum in Sydney to take selfies in the dinosaur exhibit knew that.

On May 10, an adventurous German student at a local university illegally entered Australia’s oldest museum at 1 a.m. According to The Guardian, the place has been closed since August of last year for renovations.

The young man reportedly spent 40 minutes strolling around the shuttered museum and making himself at home. He stole a staffer’s cowboy hat from a coat rack and blissfully posed in the open jaws of a T. Rex, apparently blind to the security cameras tracking his every move.

The CCTV footage released by New South Wales police, courtesy of The Guardian.

It was therefore simple for New South Wales (NSW) police to track him down. The force published the museum’s CCTV footage online and asked the public for help. To his credit, Paul Kuhn turned himself in without objection. The 25-year-old then voluntarily appeared at a Surry Hills police station and was subsequently charged with breaking and entering and refused bail.

Meanwhile, the response from locals on social media has been nothing short of congratulations and has been more focused on buying the man a beer than coordinating vigilante justice against him.

According to Newsweek, deputy chief inspector Sean Heaney of the New South Wales police publicly reminded citizens that this isn’t Ben Stiller’s Night at the Museum, and that real world repercussions await those who break the law.

“He certainly enjoyed his night in the museum,” Heaney said. “If this gentleman is watching, all I can say is it’s not going to be a movie producer knocking on his door, NSW police will be knocking very shortly.” 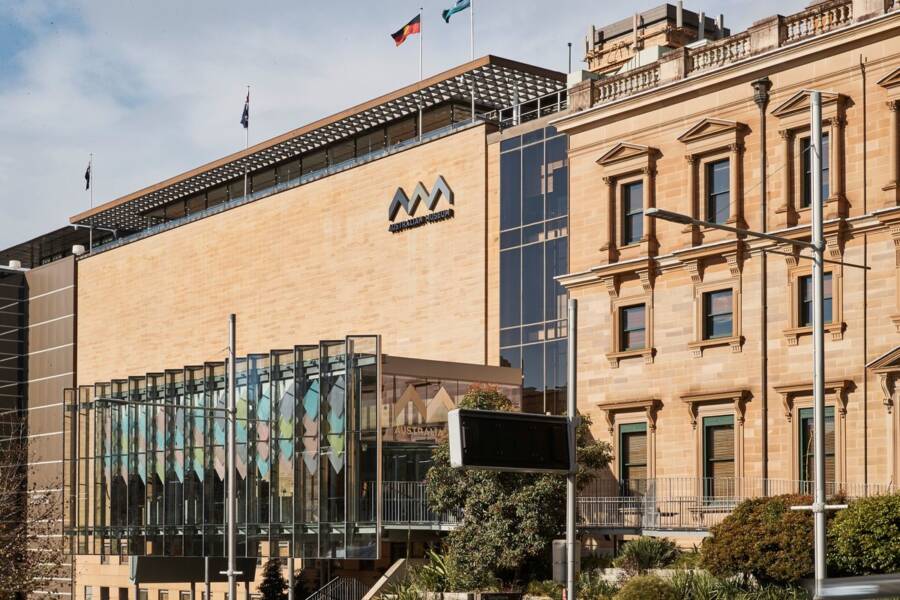 Fortunately, the worst that Kuhn did at the museum was to remove a picture of unknown worth from the walls and leave with a staffer’s cowboy hat. None of the 21 million priceless objects showcasing the environmental and cultural histories of Australia and the Pacific were damaged or removed. At one point, Kuhn even rang a doorbell for access to one of the locked rooms, suggesting his intentions were perhaps not nefarious.

But Kuhn’s bit of fun has nonetheless resulted in fairly serious consequences. The student was granted bail after a court hearing on Monday, but only on the condition that he surrender his passport and adhere to a curfew — which is punishment enough for any college student.

Next up, learn about the disturbing number of selfie deaths that have occurred since 2014. Then, read about the art thieves who stole three paintings valued at $12 million during the COVID-19 lockdowns.