Selfie Trend Put Into Perspective: The Total Number Of Selfie-Related Deaths Since 2014

Humans take 93 million selfies per day. And if that number disturbs you, just wait until you see this infographic breakdown of selfie deaths. 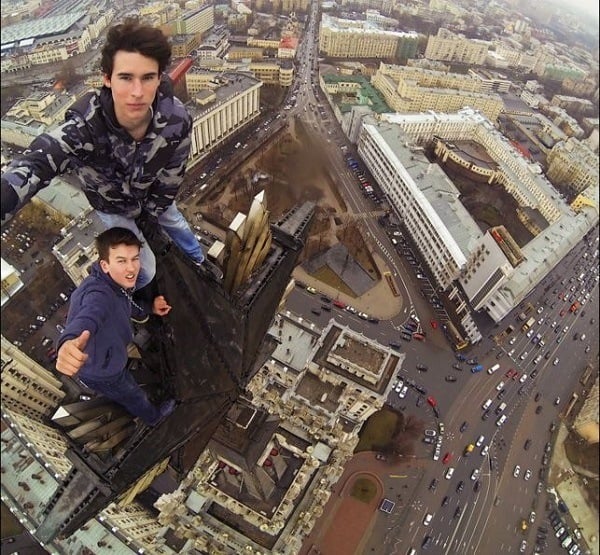 Even if you’re not among the 95% of millennials that take selfies, you know that the selfie is the reigning king of amateur photography. According to a wave of recent reporting, the prevalence of selfies is utterly staggering: the average millennial will take 25,700 in their lifetime; it is claimed that females aged 16 to 25 spend five hours taking selfies per week; and on average, 93 million selfies are taken worldwide each day.

But perhaps the most shocking statistic involves a far smaller number: 49. That’s the number of people that have died taking a selfie since just 2014. 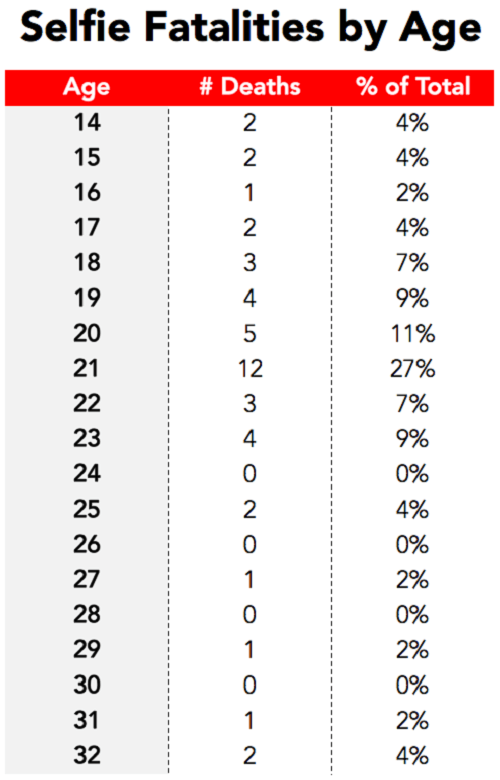 People dying while attempting to snap the perfect photo of themself isn’t new or breaking news, of course: Mashable took on the selfie/death relation in 2015, when they figured out that there were more selfie deaths than deaths by shark attack that year. But to track the true impact of the selfie on the human psyche, Priceonomics compiled every reported selfie-related death from 2014 to 2016. The raw stats: 49 deaths, 73.5 percent of which were male, with an average age of 21.

Digital Trends found that 30 percent of all photos 18 to 24-year-olds take are selfies. That alone is a little disturbing, but puts the average selfie-death age into perspective.

While women generally take more selfies than men — 61.6 percent of selfies taken in New York City featured a woman — men tend to be more reckless (think “extreme selfies” while hanging off of the edge of buildings). One Ohio State University study even went so far as to suggest selfie-prone men share the same traits as psychopaths. 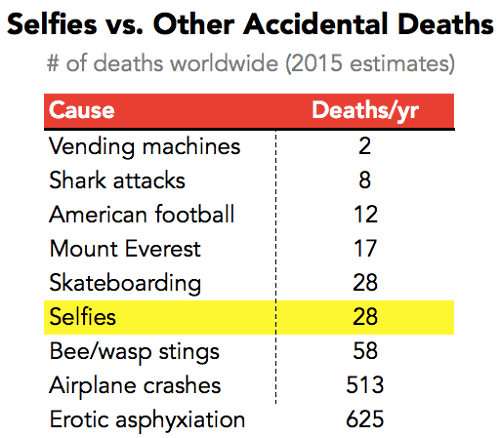 Despite the United States’ celebrity selfie obsession, exhibited by everyone from Ellen DeGeneres to Kim Kardashian, the country is far from the worst for taking selfies. Nineteen — or 40 percent — of the deaths since 2014 happened in India. Seven happened in Russia, and five in the United States.

The ease of photography and the dopamine-inducing satisfaction of social media stardom aren’t entirely to blame, though. None of the deaths were caused by the photograph itself, but happened because the person wasn’t paying attention to the dangers around them. Regardless, maybe it’s high time to let the selfie trend finally die.

After you read about the staggering number of selfie deaths, check out our other posts on selfies gone wrong and history’s most unusual deaths. Finally, check out some haunting death photos taken just before the person died. And like All That Is Interesting Curiosities on Facebook!