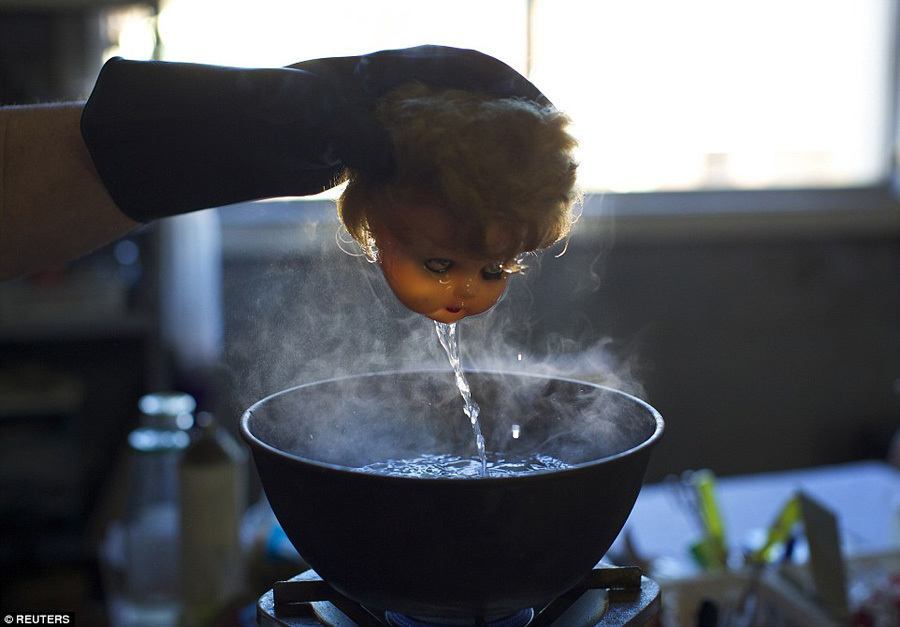 For some of us, dolls are sinister, nightmare-inducing creatures with distant, glassy eyes that follow us around while they plot our demise in their little doll heads. Maybe these fears stem from a childhood misgiving, like cutting off most of P.J. Sparkle’s hair and dyeing it a magical shade of florescent that can only be achieved with a stolen green highlighter. Seemed like a good idea at the time, but what we ended up with was a deranged, wild-eyed goblin baby that vowed to eat us the next time we succumbed to slumber.

Still, there are some who regard dolls as a cherished childhood toy that embodies love and security. Those people are whom Australia’s Doll Hospital caters to. In a warehouse stacked to the ceiling with accumulated doll parts, “head doll surgeon” Geoff Chapman works to restore ragged childhood dolls to their former glory, repairing the silent victims of sibling rivalry or a teething puppy. He is the third-generation owner of the hospital, which started as an offshoot of a general store that received a shipment of damaged dolls.

Fair warning -in this hospital for broken dolls, there are things that can’t be unseen. 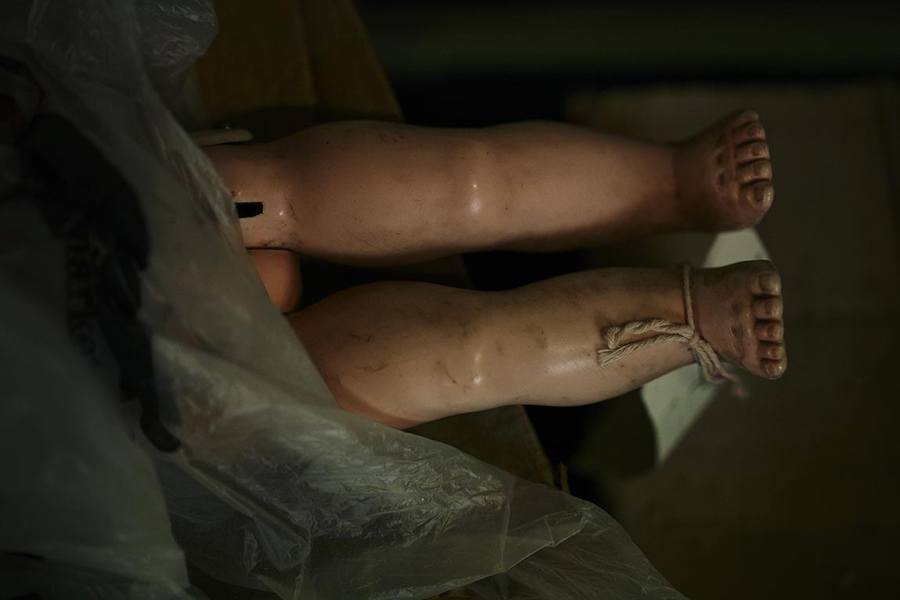 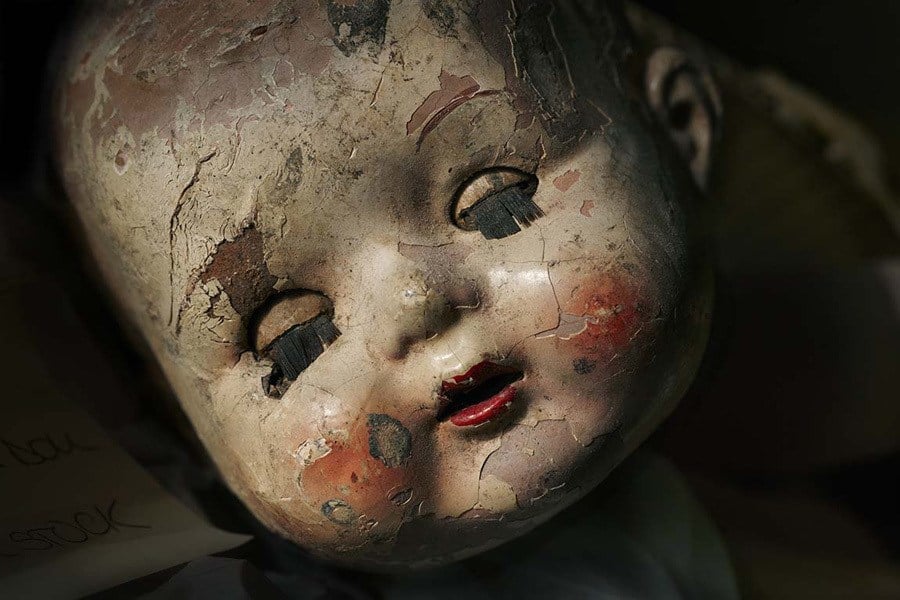 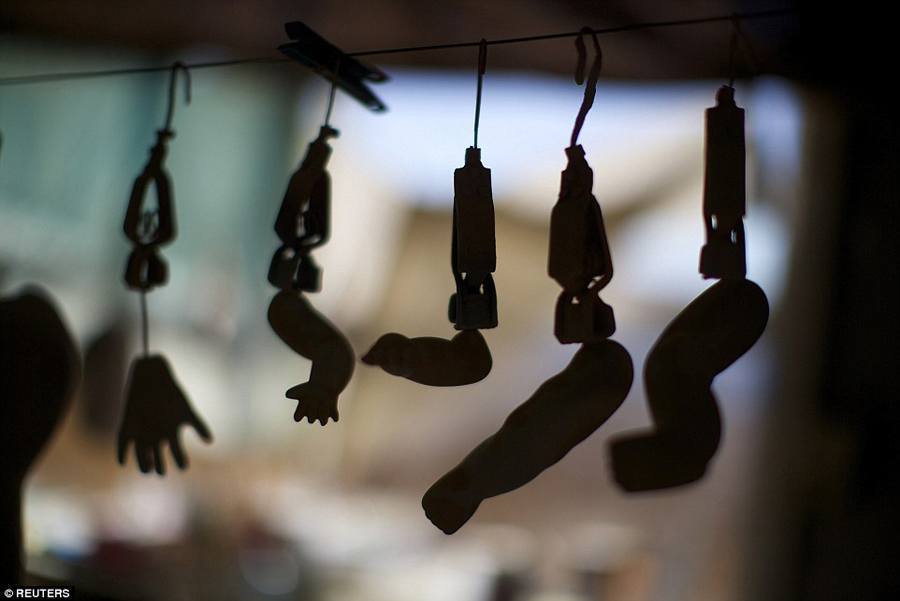 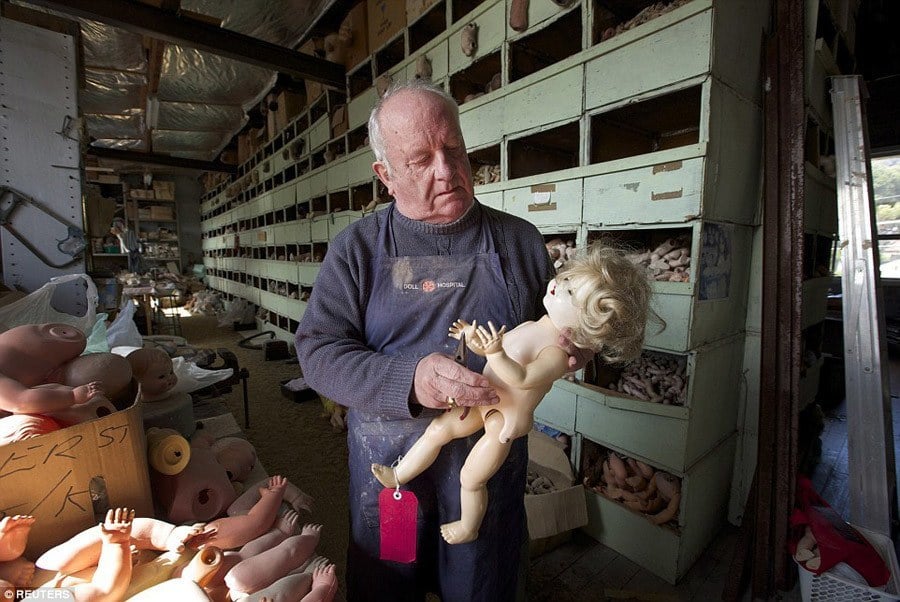 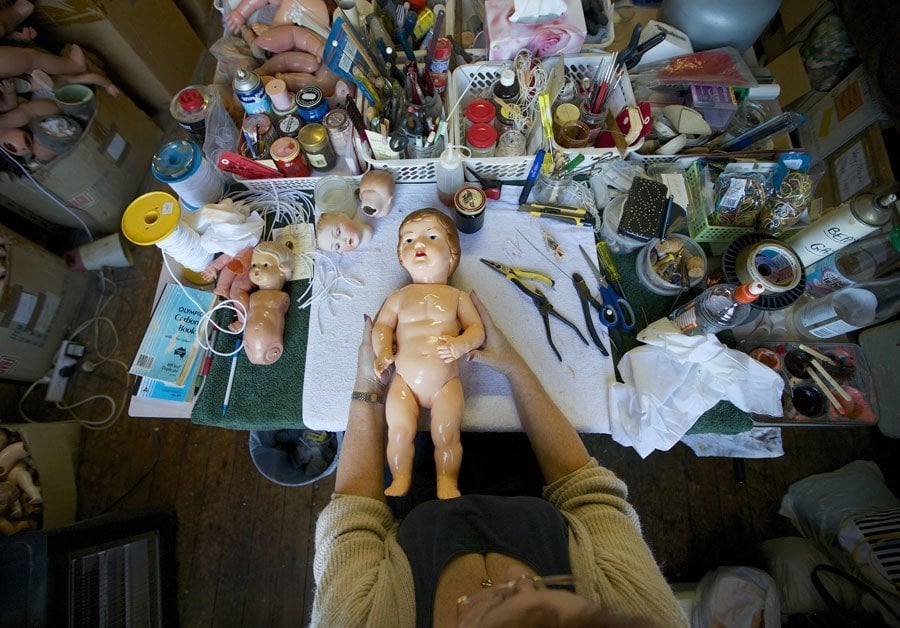 Over three million aggressively-loved playthings have been “operated on” by Geoff and his employees since the hospital started doing business in 1913. “We’re one of the last ones that does everything, when it comes to dolls, there’s very few that are capable of that sort of work,” he says. 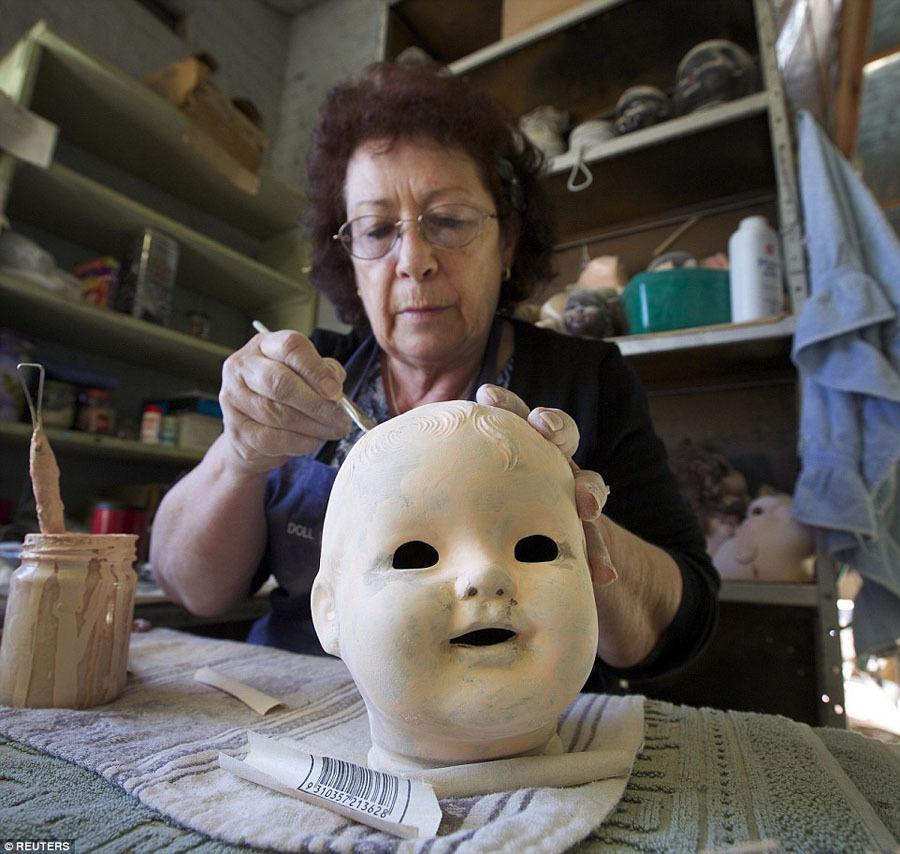 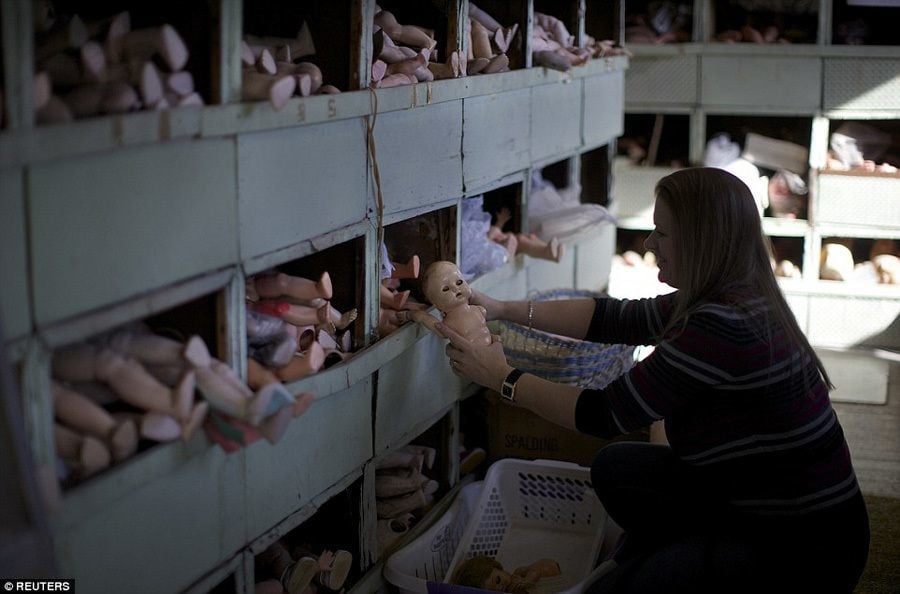 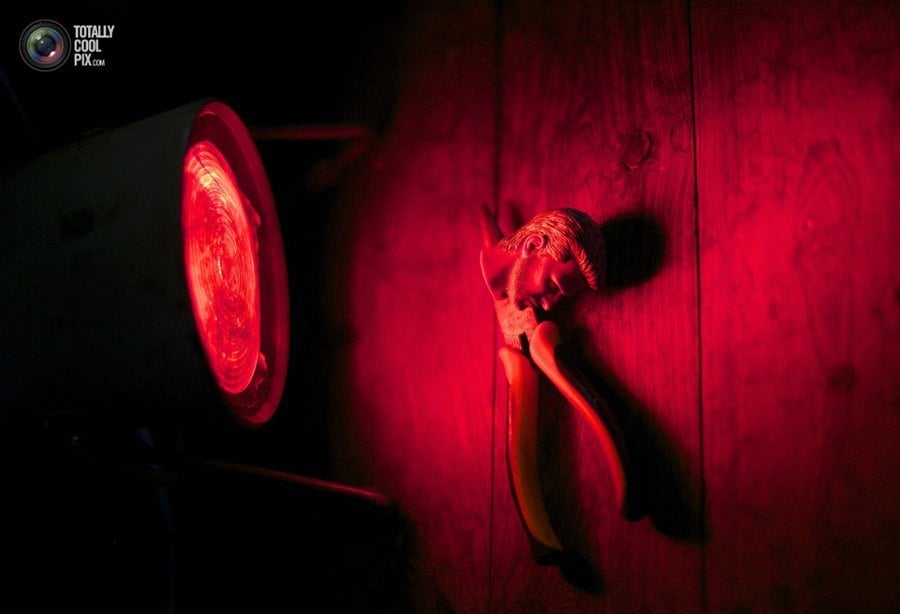 Currently, the doll hospital has 12 doctors on staff at the suburban South Sydney shop. Like doctors who work on real people, these “MDs” have specialties like eyes, limbs or hair. 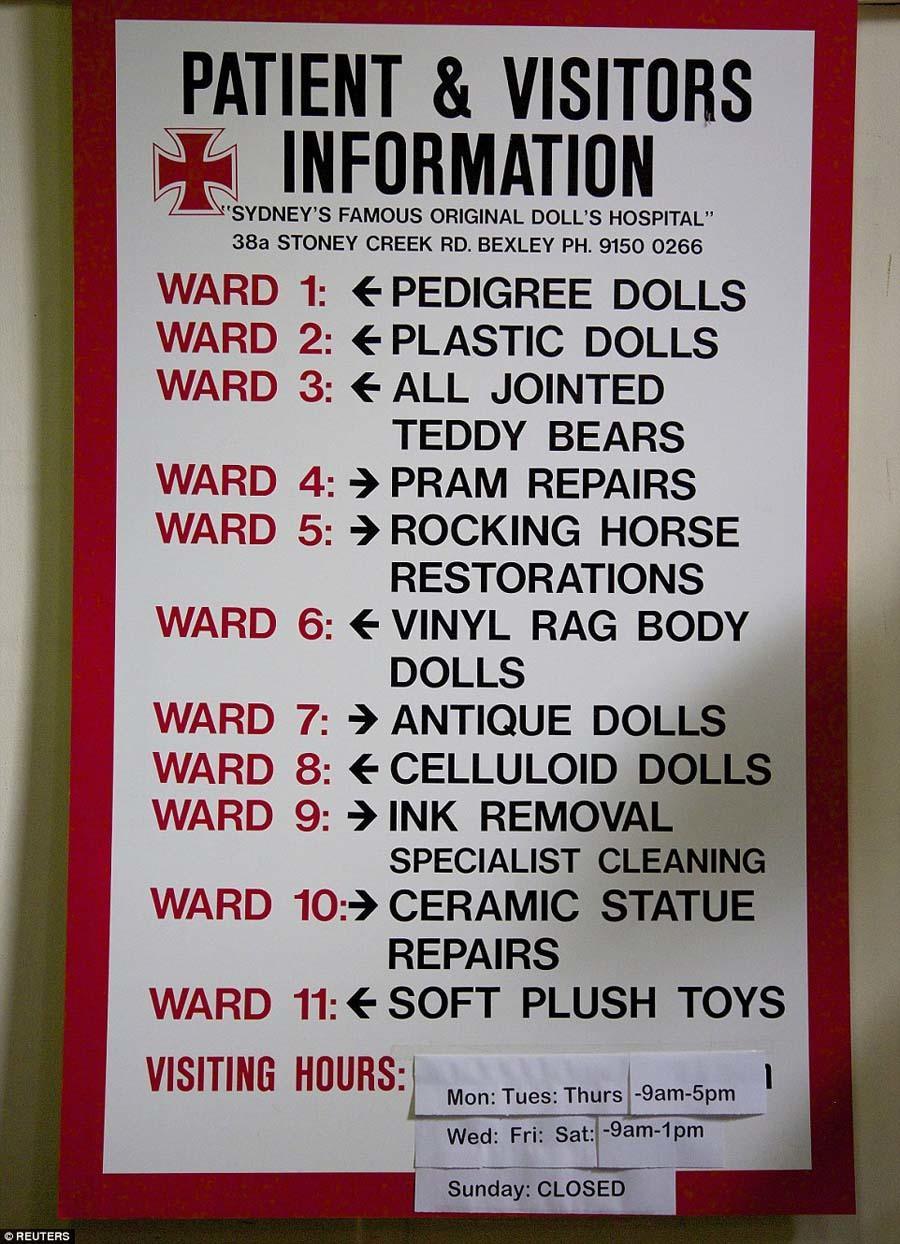 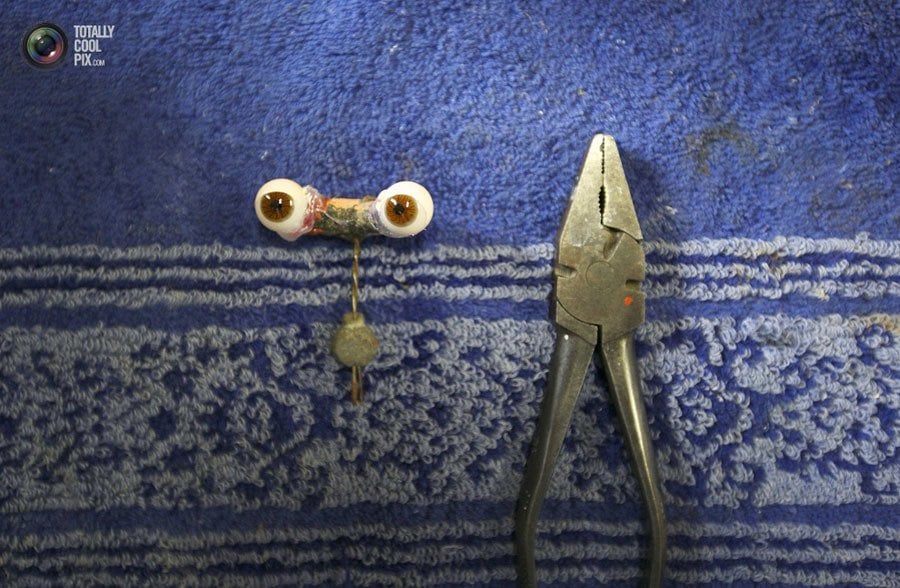 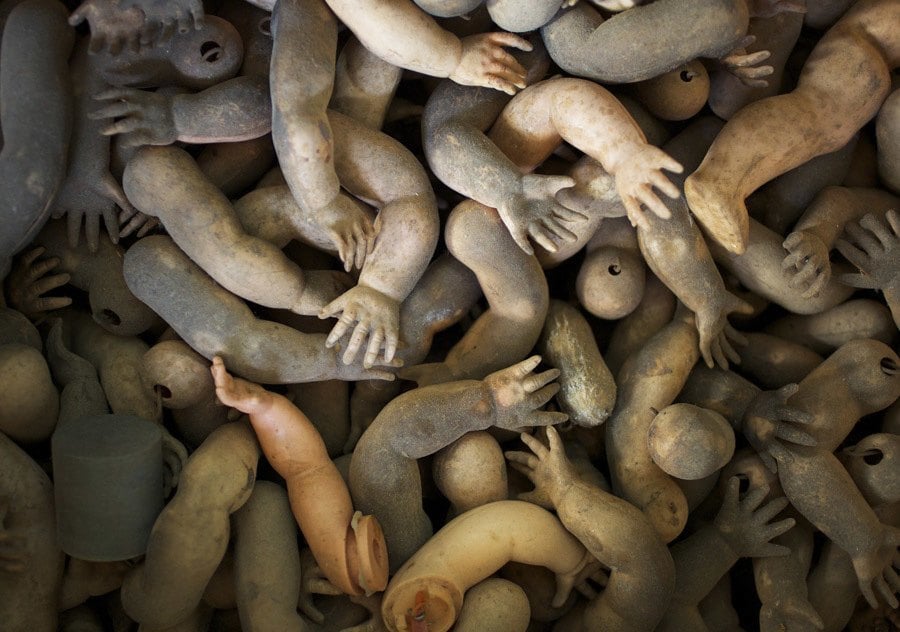