Over 40 people survived the Donner Party's doomed expedition. But what happened to them after their rescue in 1847? 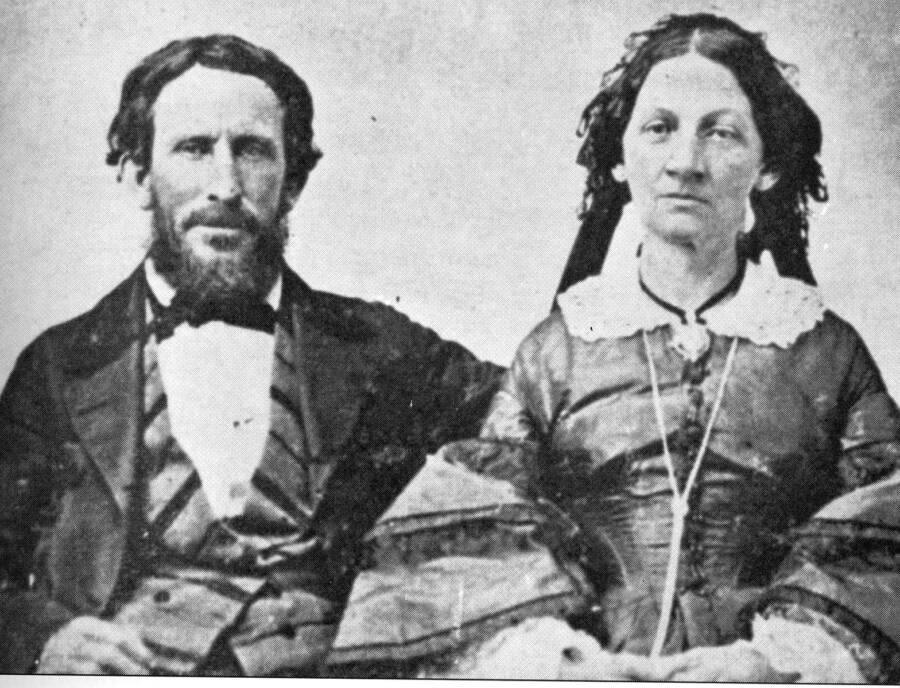 Unknown/Wikimedia CommonsJames and Margaret Reed managed to survive the Donner Party disaster with their four children.

In the spring of 1847, the last rescue party finally reached the desperate remains of the Donner Party. Starving and driven to cannibalism after snows trapped their caravan in a snowy Sierra Nevada mountain pass, the survivors relayed to their rescuers the horrific stories of their ordeal.

According to one rescuer, there were human skeletons “in every variety of mutilation. A more revolting and appalling spectacle I never witnessed.”

In the years that followed, the Californa mountain settlement would become known as “Cannibal Camp” and the adjacent lake that was their final resting place renamed “Donner Lake.”

Survivors went on to carry the scars of their experience for the rest of their lives, constantly reminded of their tragedy by the media, and their own nightmares. This is what happened to the remaining survivors of the Donner Party.

Listen above to the History Uncovered podcast, episode 29: The Donner Party, also available on iTunes and Spotify.

How The Donner Party Met Its Demise

In April 1846, 10 families and a collection of single men set out on a westward journey from Illinois through the Great Plains. Around 87 emigrants (though sources differ on this exact number) banded together to take a supposedly shorter — albeit, untested — route to California. Among the group was Illinois businessman James Reed, the Murphy family, the Breen family, and the Donner family, also Illinois based.

A deadly combination of travel delays and difficult terrain stranded the caravan of now 79 in the Sierra Nevada Mountains — where snowfalls reached 22 feet high. Supplies dwindled and they were pushed to starvation. They first ate their pack animals and dogs. Then, they boiled hides and blankets to make a gelatinous soup. 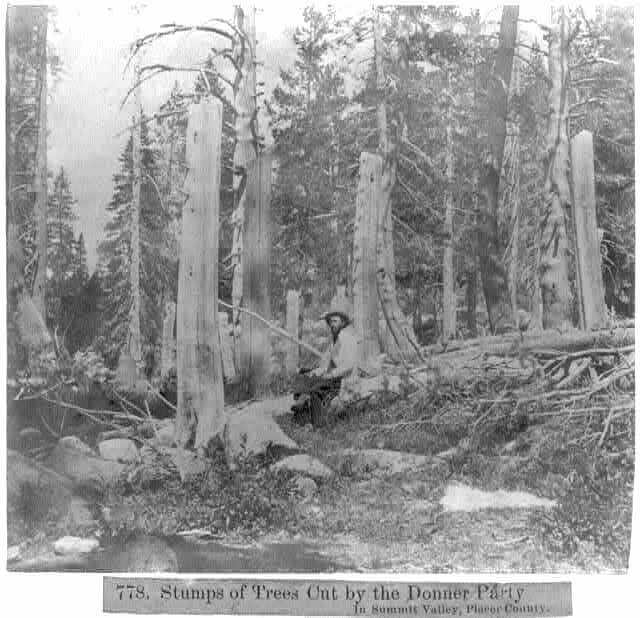 Lawrence & Houseworth/Library of CongressStumps cut by members of the Donner Party show how deep the snow had gotten.

In the next few months, half of the party died. Fifteen members of the party tried to cross the pass in December of 1846 to get help, but 12 days later, they turned to cannibalism to survive. They vowed only to restrain themselves from eating a relative’s flesh.

When rescue expeditions finally reached the the Donner Party the next spring, they found evidence of murder and cannibalism.

Of the nearly 90 members who left Illinois, only around 45 made it to California. As many as 21 members had been eaten.

What Happened To The Youngest Survivors Of The Donner Party

As Donner party survivor, 12-year-old Patty Reed, wrote to her cousin in 1847: “Oh Mary, I have not wrote you half of the trouble we have had, but I have wrote you enough to let you know now that you don’t know what trouble is.”

She ominously added, “Thank God we have all got through…[we were] the only family that did not eat human flesh.” 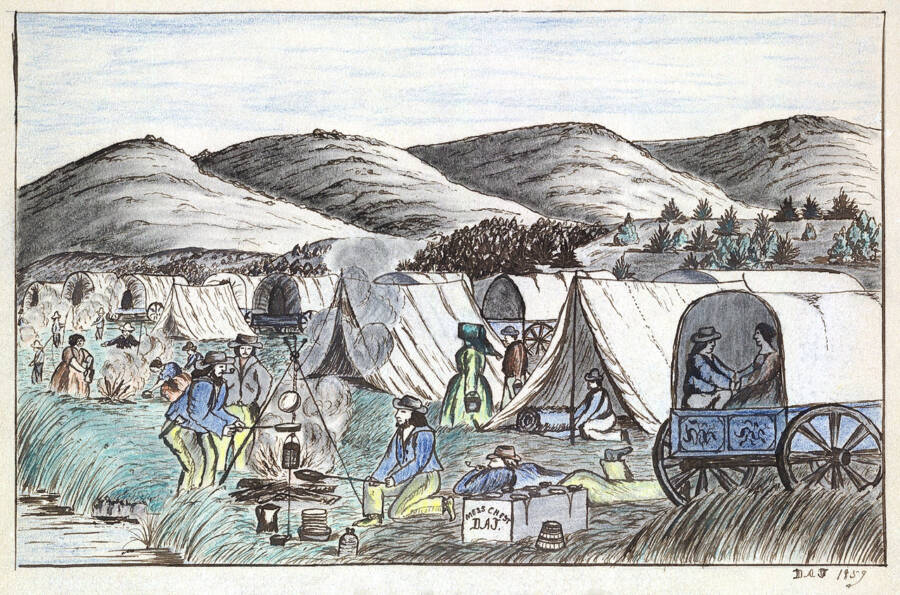 Daniel A. Jenks/Library of CongressPioneers crossing the Humboldt River in Western Nevada.

Twenty years after the tragedy, Gold Hill Daily News reprinted the account of another one of the Donner Party survivors as she told it in 1847.

“We shall never forget the manuscript of that letter,” the editor recalled. “It was blotted all over with the tears which the poor girl shed while describing the sufferings of her famish[ed] parents, their death, and the flesh of their dead bodies furnishing food for their starving children! Horrible, horrible!”

Because many of the survivors were children and thus orphaned, the young women and teens were forced to marry in order to survive.

At 13 years old, Mary Murphy became an orphan after her parents perished at the lakeside in that snowy Sierra Nevada pass. Just three months after her rescue and with no other option, Mary married an abusive man. In 1847, she wrote, according to The Indifferent Stars Above: “I hope I shall not live long for I am tired of this troublesome world and I want to go to my mother.”

After surviving an abusive first marriage, Murphy married Charles Covillaud, a miner who established the city of Marysville, California, which he had named for her.

Like Murphy, 20-year-old Mary Graves was also left an orphan and forced to marry just three months after being rescued. The next year, Graves’s husband Edward Pyle was murdered. “I wish I could cry but I cannot,” Graves said. “If I could forget the tragedy, perhaps I would know how to cry again.”

In March 1847 when the third rescue team reached Donner Lake, rescuers discovered that German immigrant Lewis Keseberg, who’d been traveling with his own family, had eaten two children.

The rescuers were reportedly forced to leave Keseberg and four other survivors of the Donner Party at the lake as they were unable to transport everyone to safety. But when they returned on April 17, Keseberg was alone, having eaten his remaining companions. 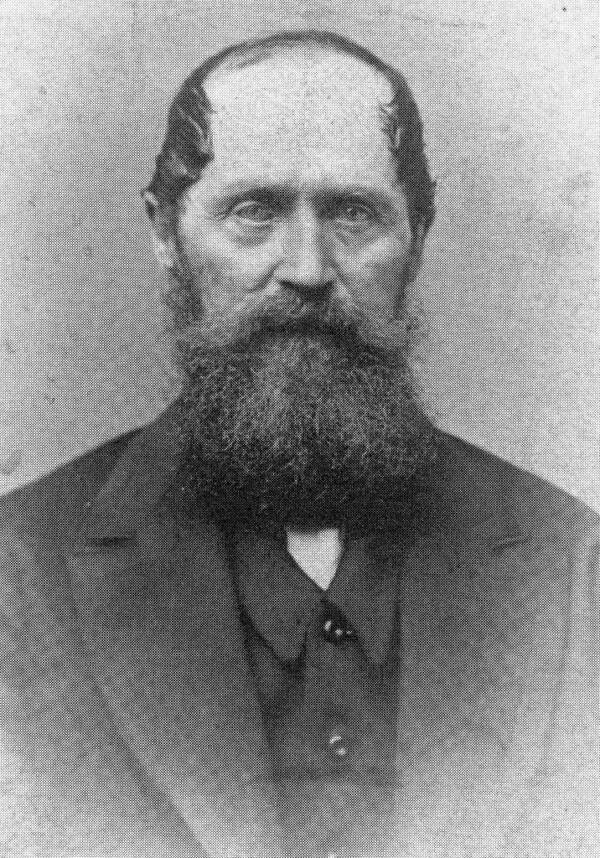 Upon his rescue in April, Keseberg also allegedly admitted to having cannibalized the body of Tamsen Donner, the wife of George Donner, even though she was relatively healthy and had stayed behind with her husband who was too ill to travel. But rumors swirled that Keseberg had murdered her in order to eat her.

Many gossiped that Keseberg bragged about having eaten human flesh, and told some that Tamsen Donner’s liver “was the sweetest morsel he’d ever tasted.”

In the 1870s, an author researching the scandal found Keseberg living in destitution and dismay. The man’s reputation had tormented and ostracized him, leaving him widowed and caring for two mentally-disabled daughters.

That author arranged for two survivors of the Donner Party to reconnect. It was Eliza Donner, who was four years old when her mother Tamsen sent her away with a rescue party, and Keseberg, the man accused of murdering her mother.

At their reunion, Keseberg fell to his knees and swore he did not kill Tamsen – though he wouldn’t deny eating her remains. Eliza forgave him, though many still believe that Keseberg was every bit the inhuman murderer that the rumors said he was.

At just four years old, Eliza Donner was one of the last survivors of the Donner Party to be rescued from Donner Lake. Donner and her surviving sisters raised each other in the San Francisco Bay Area until 1861 when she married Sherman Otis Houghton, the widower of another Donner Party survivor.

Houghton became mayor of San Jose and a U.S. Congressman and Donner went on to write a book about the Donner Party’s demise. “Who better than survivors knew the heart-rending circumstances of life and death in those mountain camps?” She reported.

In 1911, she published The Expedition of the Donner Party and Its Tragic Fate. 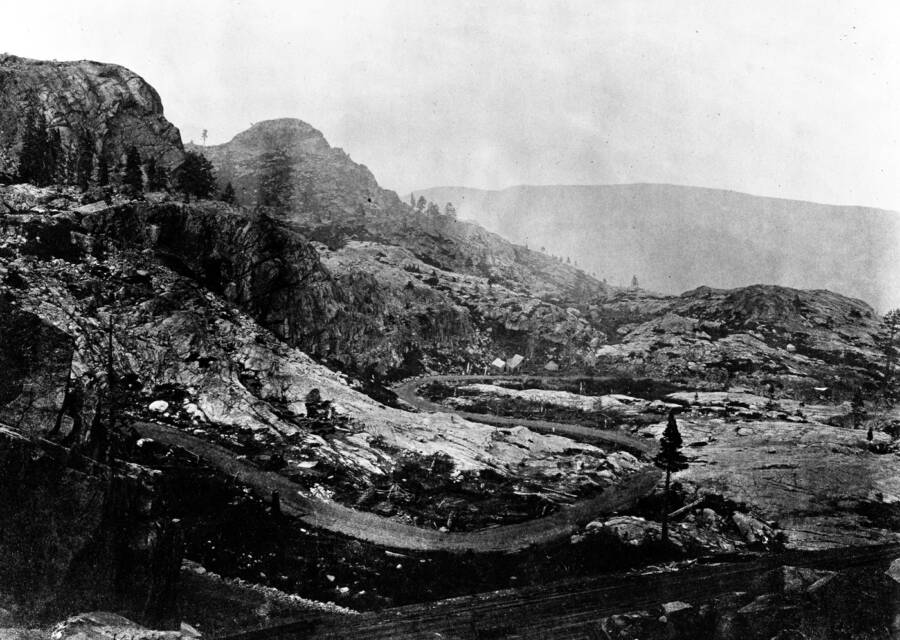 T. H. O’Sullivan/United States Geological SurveyDonner Pass in the 1870s. Both the pass and the lake were named after the Donner Party.

How Some Family’s Lost No Members

Only two families survived the Donner Party without losing a single member: the Breens, who refused to share their supplies with others, and the Reeds.

After James Reed stabbed and killed a fellow Donner Party member, the group banished him and he managed to make it through Donner Pass before the snows trapped his family and the rest of the pioneers. At Sutter’s Fort in California, Reed raised money for a rescue expedition, which he helped lead.

The rescue expedition successfully reunited James with his wife and four children, who settled in San Jose. Several streets in San Jose are named for the members of the Reed family.

After their rescue, the Donner Party survivors became famous and then infamous. While a small number denied the tales of cannibalism, at least eight survivors personally admitted to eating human flesh.

In 1884, Jean Baptiste Trudeau told fellow survivor Eliza Donner that he witnessed no cannibalism – yet in 1847 Trudeau confessed to rescuers that he had eaten human flesh. Rescuers even alleged that they saw Trudeau carrying a human leg. 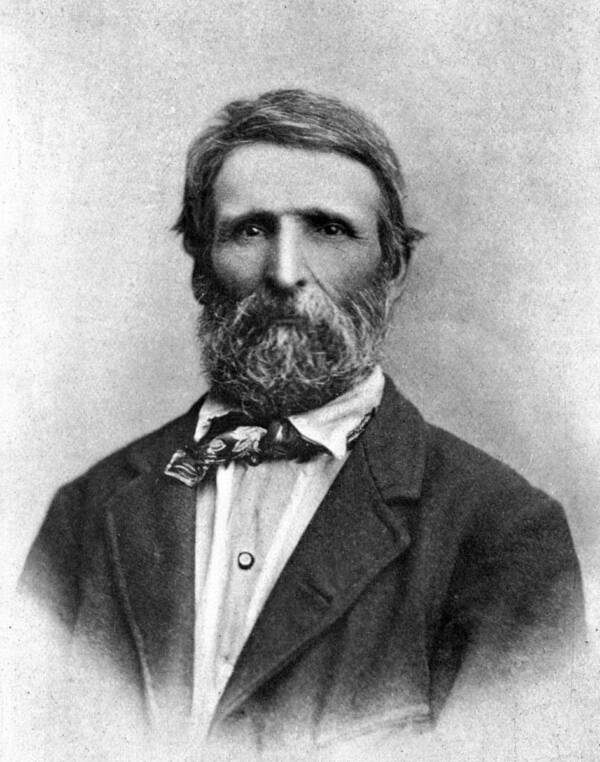 When C.F. McGlashan published a history of the Donner Party in 1879, the husband of one of the Donner girls claimed that the book’s description of cannibalism was false and filed an injunction. But a judge allowed the book’s publication.

In spite of their ordeal, many survivors of the Donner Party established themselves in California and put the winter of 1846 and ’47 in their past.

After this look at the Donner Party survivors, check out this gallery of infamous frontiersmen in full color. Then, read about the survivors of the Titanic.