While the victim has been put on preventative medications for 30 days, the perpetrator's blood has yet to be tested.

A WJZ news segment on the bizarre syringe assault.

Last Tuesday, a 51-year-old Maryland man was arrested for allegedly stabbing a woman in the butt with a syringe. After Thomas Bryon Stemen was accused of the bizarre crime, police confiscated syringes from his car — that were filled with semen.

“I know, it feels like a bee sting, doesn’t it?” Stemen allegedly said to the victim, Katie Peters, after jabbing her.

Stemen was subsequently charged with assault and reckless endangerment, but he may be racking up additional charges after a distressing discovery last Friday. After authorities analyzed the contents of his confiscated syringes, they realized what was inside at least some of the needles.

According to the Daily Mail, police later claimed they were “unsure if any of those were the syringe in question” used in the assault. So it remains unclear whether or not Stemen used a semen-filled syringe on Peters. But either way, the experience certainly traumatized her.

“I started driving home,” said Peters. “It started hurting really bad. I called my son and said, ‘Something’s not right, I hope nothing happens. I hope I make it home, I love you.'” 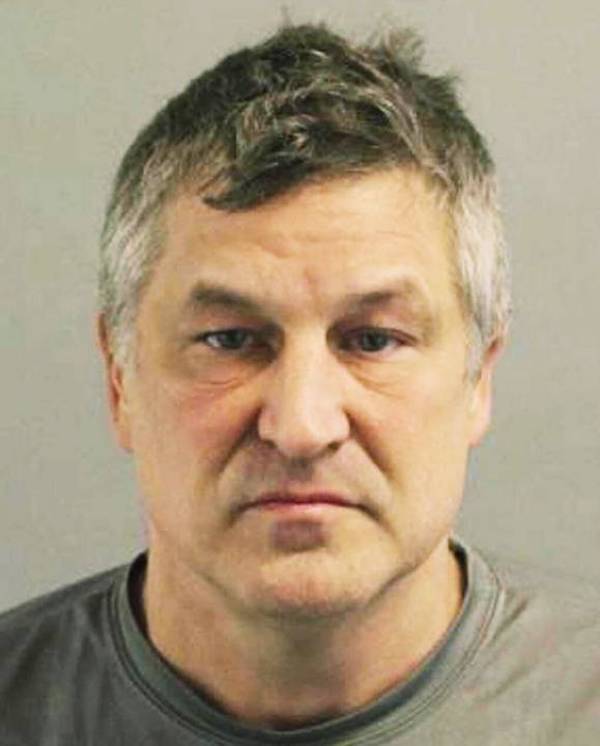 This isn’t the first incident on Stemen’s criminal record. He was apparently served a warrant in 1999 as a fugitive from justice, and he later went to court for a domestic violence civil suit in 2013. But this latest episode was caught on surveillance video.

Peters said she felt Stemen bump into her while she was shopping. What happened next felt like a cigarette burn, she told CBS Baltimore. While the man has been arrested and is not currently a threat to anyone else’s safety, Peters may have potentially been infected.

Peters did reveal that she sought medical attention and was put on preventative medications for 30 days after the alleged attack on Feb. 18, 2020.

“What we’re doing now is we need to find out, do additional testing, find out what this victim is up against, if she was stabbed with one of those semen-filled syringes,” said Sgt. Jacklyn Davis of the Anne Arundel County Police.

Anne Arundel County Police DepartmentThis is the exact moment Peters was stabbed. Stemen has been mandated to supply the court with a blood sample in order to test for diseases.

She added, “If you’ve seen this video, it’s very aggressive, it’s very deliberate — and that makes us think it’s not his first time doing this.”

In the captured footage, Peters is seen pushing a shopping cart and putting it back with the other carts. She’s entirely unaware that a man who appears to be Stemen is following closely behind her, nor has any rational reason to believe he would stab her — let alone with a possibly contaminated syringe.

The man who appears to be Stemen then shuffles around and stabs her in the butt, after which Peters is seen reacting to the painful surprise. According to Global News, she said she let out a yelp after being poked. She also said she thought somebody had burned her with a lit cigarette. 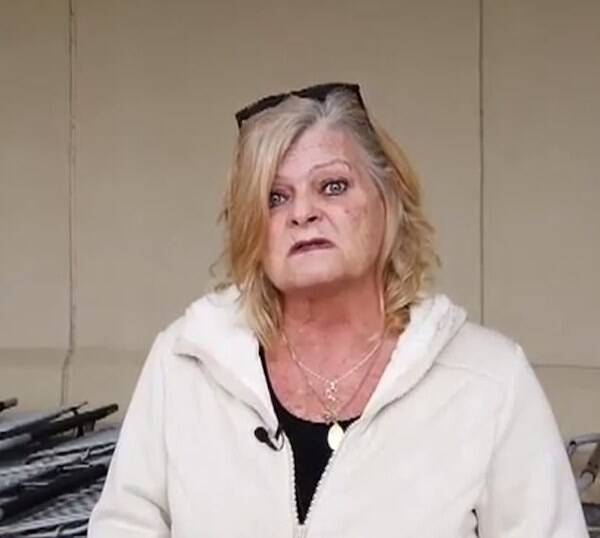 YouTubePeters sought medical help and has been put on preventative medications for 30 days.

After several fear-filled days waiting to hear back from authorities, she later learned that the confiscated syringes contained semen. As it stands, whether they were filled with Stemen’s semen or somebody else’s remains unclear. Fortunately, Peters has already taken reasonable medical action.

According to Capital Gazette, Stemen has been held without bail at the county jail. District Court Judge John P. McKenna mandated his blood “be tested for the presence of HIV and any other identified causative agents of AIDS and Hepatitis C.”

As it stands, Stemen was scheduled to appear in court on Monday but waived his right to do so. Hopefully, Peters won’t suffer any physical, lifelong consequences from this wholly unnecessary experience.

After learning about the Maryland man who allegedly used a syringe to stab a woman, read about the man who tried to cure his back pain by injecting his own semen. Then, learn about Joe Metheny — the serial killer who made his victims into burgers and sold them to unsuspecting customers.