These 9-Pound, Bird-Eating Crabs ‘Talk’ To Each Other During Sex

Coconut crabs produce "tapping-like sounds" to communicate with each other and they make a variety of clicking noises during their entire mating sessions. 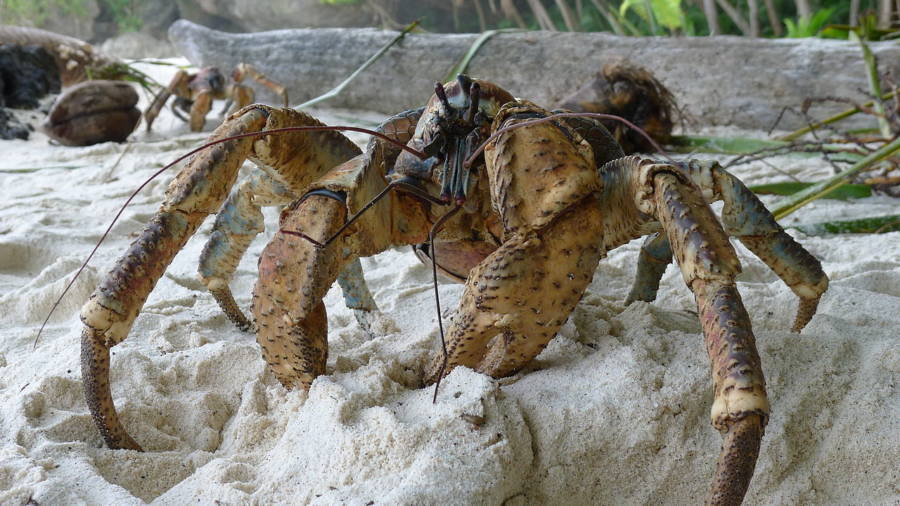 Turns out humans aren’t the only animals that talk during sex. A new study published in Zoology found that coconut crabs — those “monster” crabs that are strong enough to break a seabird’s bones — are quite chatty during their entire mating sessions.

According to Live Science, the study examined the weird “tapping-like sounds” coconut crabs are known to make. How the crabs produced the clicking sounds had been a mystery up until now.

Using X-rays and digital recordings, researchers were able to determine that the tapping sounds were produced through vibrating thin appendages known as scaphognathites, which draw air into the crabs’ lungs.

When the thin appendages vibrate, they flutter against the hard plates in the crabs’ gill channels, which is what produces the “tapping” noise. Not only that, researchers also found that crabs could produce multiple sounds that varied in frequency and intervals when the vibration speed changed.

This creates unique levels of communication when the crabs are “talking” to each other. But the study also found that coconut crabs don’t just use these tapping noises in their regular day-to-day communications. They also use it quite a bit during sex. 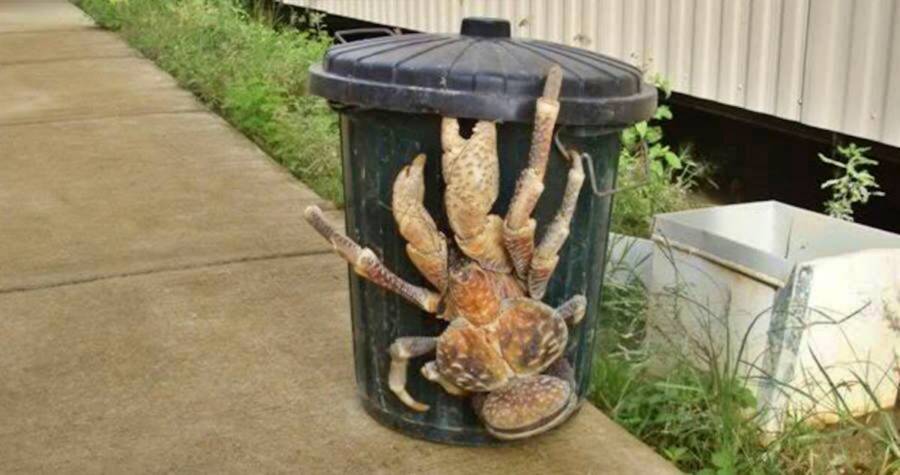 Epic Wildlife/YouTubeCoconut crabs are known for their impressive size and powerful pinchers.

Research on mating coconut crabs showed that they create noises before, during, and after their mating sessions. Furthermore, the noises that the crabs produce sounds different at each stage of their mating.

“Although the relationship between the sounds and actions was not clarified in this study, it is probable that the crabs deliberately produce various types of sounds for different occasions,” the study assessed.

While the aquatic crayfish (Procambarus clarkii) is known to create sounds using a similar structure, coconut crabs are the only land crustaceans known to do this, the authors reported.

Coconut crabs (Birgus latro) are the largest land crabs on Earth. They weigh up to nine pounds with a leg span of three feet.

Interestingly, unlike other crab species, these giant beach-dwellers are unable to swim, which prevents them from island-hopping around the Indian Ocean. So some islands naturally harbor higher populations of coconut crabs than others.

As their name suggests, their main food source is coconuts, which the crabs can easily cut into using their thick, sharp claws. Being equipped with such sturdy tools, coconut crabs have been known to hunt meat, too, such as seabirds. In some cases, they even cannibalize the corpses of their own.

Their pinchers are so powerful they can break a bird’s bones and rip up a pig carcass.

Biologist Mark Laidre described the coconut crab’s menacing mode of attack after he successfully captured a coconut crab devouring a dead bird on the beach one night.

“I observed a coconut crab attack and kill an adult red-footed booby,” said Laidre. “The booby had been sleeping on a low-lying branch, less than a meter up the tree. The crab slowly climbed up and grabbed the booby’s wing with its claw, breaking the bone and causing the booby to fall to the ground.”

Despite their ferocious appearance, coconut crabs rarely hurt humans. So far, there’s been only one recorded possibility of coconut crabs feeding on a human corpse, which many believed belonged to the long-lost female pilot Amelia Earhart.

But this hardly paints the monster crabs as deadly predators.

There’s still much we have yet to understand about these magnificent beach giants. Hopefully, we’ll soon be able to crack the code of their unique communication patterns and learn more about their species.

Next, read how mutant crayfish in Europe are cloning themselves like cray cray and learn the devastating fact of scientists finding particles from the atomic bomb tests inside creatures living 36,000 feet below the sea.