After surviving a near-fatal fever at 23, the Public Universal Friend awoke claiming to be reborn a genderless prophet of God who preached women's rights and abolition. 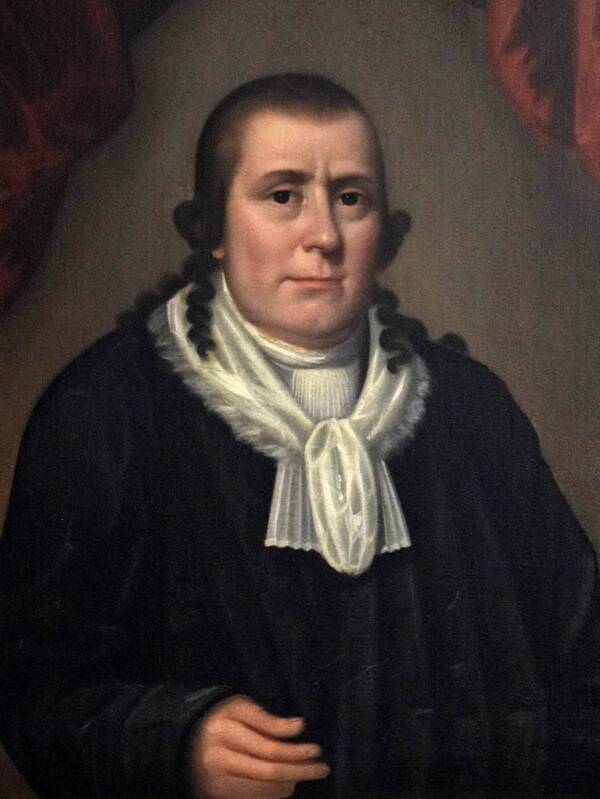 The Public Universal Friend was neither male nor female and refused all gendered pronouns. For this, the Friend endured hate. They were smeared as an “arrogant, assuming, and presumptuous woman,” but the Friend persevered and founded a religious society that garnered hundreds of followers.

This is the story of the nation’s first non-binary preacher.

In 1776, a 23-year-old Rhode Island woman named Jemima Wilkinson caught a near-fatal fever. Wilkinson was one child of 12 in a hardworking farming family. She gave herself a small education through books. She read from the works of Quakers, a religious group to which her family belonged, and she never married.

This was a movement that inspired colonists to find new ways of worship and presented an opportunity for women to have a stronger voice in church. At religious meetings, women made up the majority of the audience. Women were sometimes even invited to preach.

Wilkinson’s Quaker family was heartily patriotic, but it was against a Quaker’s beliefs to join in the war. When members of the Wilkinson family joined in the war effort anyway, many of them were expelled from their Quaker sect.

Shortly before her illness, Wilkinson became intrigued by the New Light Baptists, a religious movement that had enthralled her community with its passionate and radical sermons. The New Light Baptists also mandated that ordinary people like Wilkinson could communicate with God directly, which elevated one’s personal connection with the divine.

Wilkinson was drawn to this religion until her own great awakening in 1776. 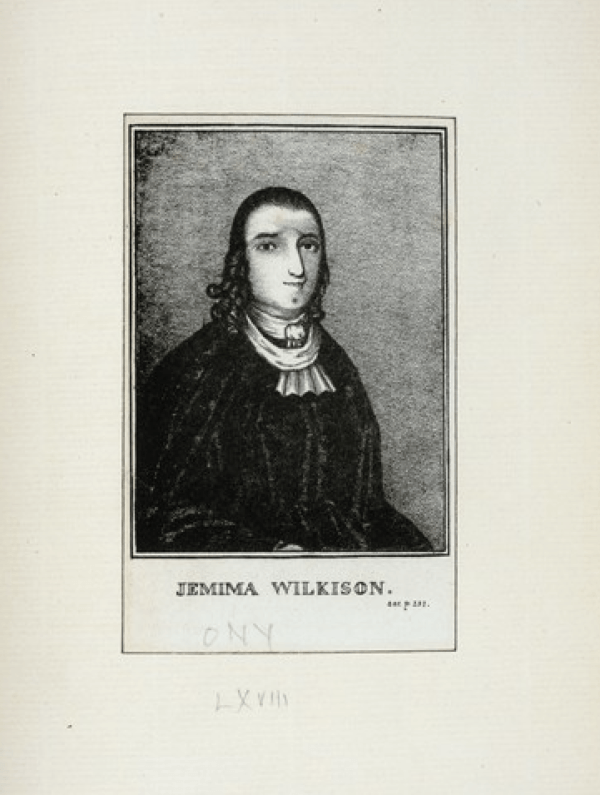 After several days on the brink of death, Wilkinson recovered and declared that she had died — only to reanimate as a prophet of God. 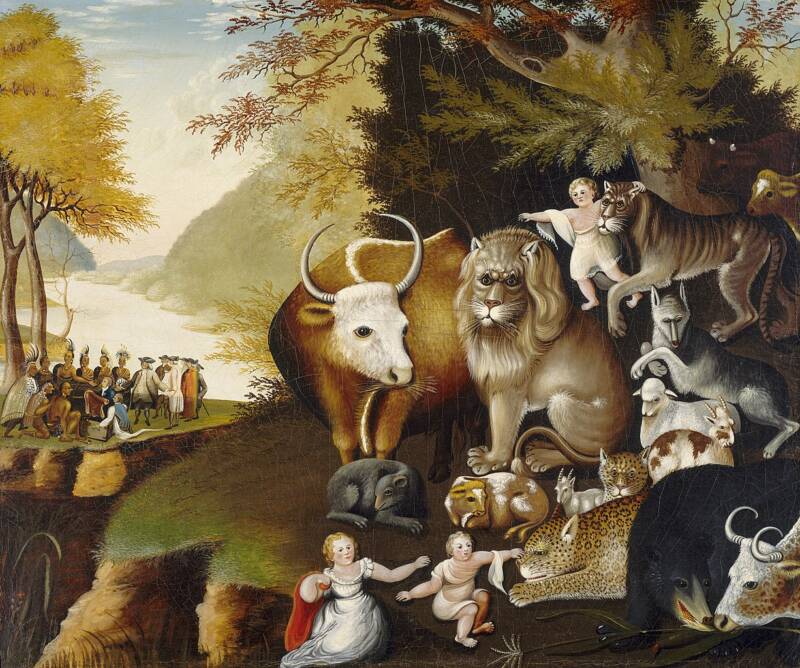 Preaching In A Time Of Turmoil

As the American Revolution raged, the Friend visited several New England states, preaching a message of repentance while warning audiences about the apocalypse. They were a staunch abolitionist and called for the rights of women. The Friend also treated wounded soldiers on both sides of the Revolution.

The Friend mandated that women should be expected to obey only God — and not men — and encouraged celibacy. As women became more emboldened by this Great Awakening, many of them also saw the Friend’s mission as an opportunity for them to exert their independence.

By the early 1780s, the Friend had attracted a community of followers who called themselves the Society of Universal Friends and they rode on horseback across the mid-Atlantic region preaching their mission.

The Friend held dramatic sermons during which disciples would sometimes convulse. 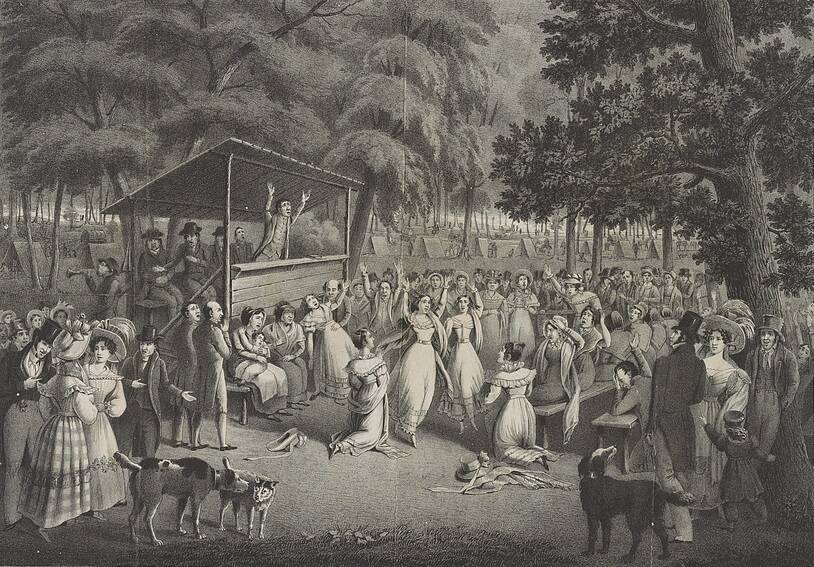 Hugh Bridport/Library of CongressWomen played a major role in the First Great Awakening and the Friend asserted that women should have a voice in worship.

The prophet refused to fall into binary gender categories. When asked directly about their gender, the Friend stated: “I am that I am.”

The Friend’s rejection of gender extended to their personal appearance. They wore men’s robes with petticoats underneath and ties with skirts.

Even the Friend’s hairstyle, cut short at the top with ringlets in back, defied easy gender categorization.

The Friend quoted scripture to justify being neither male nor female.

Specifically, the Friend referenced the Bible verse Galatians 3:28: “There is neither Jew nor Gentile, neither slave nor free, nor is there male and female, for you are all one in Christ Jesus.”

During sermons, the prophet also quoted Jeremiah 31:22: “the Lord hath created a new thing in the earth, a woman shall compass a man.”

The Community Of The Society Of Universal Friends

Many rejected the Public Universal Friend. In Philadelphia, the prophet caused a riot. A mob pelted the Friend’s residence with bricks. Critics branded the Friend a false prophet and rejected the Society’s message.

In response, the Public Universal Friend led the Society of Universal Friends into the wilderness of what’s now upstate New York hoping to found a utopian settlement of their own. They established the town of Jerusalem, where for a time they were able to practice their beliefs without opposition. 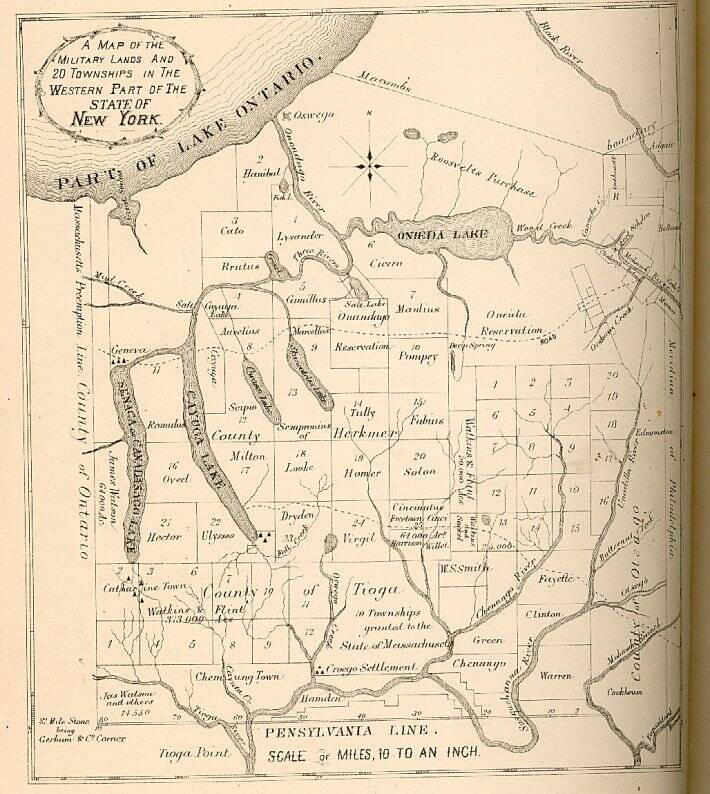 But disputes within the Society threatened to destroy the utopian community. Judge William Potter and James Parker, two of the Friend’s earliest followers, balked at the idea of a completely communal society. Potter and Parker, who had invested more money into the community than others, demanded a property redistribution.

The Friend tried to quell the property dispute but to no avail.

The Universal Friend’s followers split along predictable lines. The wealthy men broke from the Society, leaving behind the poor men, the celibate women, and the ailing people.

But these former followers did more than just abandon the Society. In the 1790s, they went to the courts to accuse the Friend of blasphemy.

The court case against the Public Universal Friend would create a new legal precedent.

Interestingly, those who were most vocal about defaming the Friend were men. As Paul Moyers explained in his 2015 book The Public Universal Friend, “the apostates who led the revolt against the prophet were all men, and their methods mark the gendered nature of the rebellion.”

Moyer argued that men like Potter and Parker turned on the Friend in part because the prophet’s influence threatened that of a man’s. The prophet’s power was a “usurpation of male religious authority.” The Friend’s success as a prophet upended traditional gender hierarchies, threatening the norms that put men in charge.

But the legal attack failed when Judge Morgan Lewis ruled that according to the Constitution, the court had no standing to try a blasphemy case. The ruling later helped establish freedom of religion in the new country.

The Legacy Of The Public Universal Friend

The Friend suffered declining health after the turn of the century and they died at 66 in 1819. With the prophet went the Society.

Since the Friend’s death, however, historians have been split on which pronouns are most appropriate to describe them. The New York Historical Society refers to the Friend as “they.” Meanwhile, Paul Moyer chose female pronouns for Jemima Wilkinson and male pronouns for the Friend.

Many in the Friend’s own time described them as a woman. In contrast, some of the Friend’s most loyal followers used male pronouns. 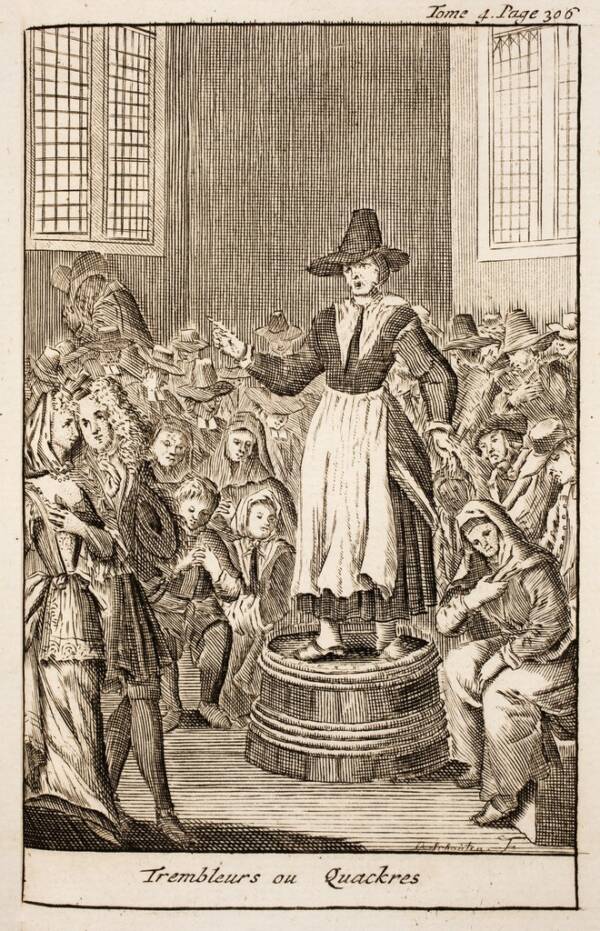 G. Schouten/Wikimedia CommonsPrior to the Friend’s awakening, Quaker women had already taken leadership roles in their communities. But there’s no question that the Friend encouraged more women than ever before to truly have their voices heard.

But the debate over the Friend’s gender identity merely underscores the singularity in their cause. Indeed, the Public Universal Friend espoused gender nonconformity before there was even a word to describe it.

The Public Universal Friend wasn’t the only 18th-century American to embrace non-traditional religious beliefs. Learn about the Founding Fathers’ religious views and then read about the Oregon women who took control of government during the Petticoat Revolution.