The Haunting Story Of Dorothy Hale, The Socialite Whose Suicide Was Immortalized In A Frida Kahlo Painting

After throwing herself a lavish goodbye party, aspiring actress Dorothy Hale jumped from the window of her New York apartment building on October 21, 1938. 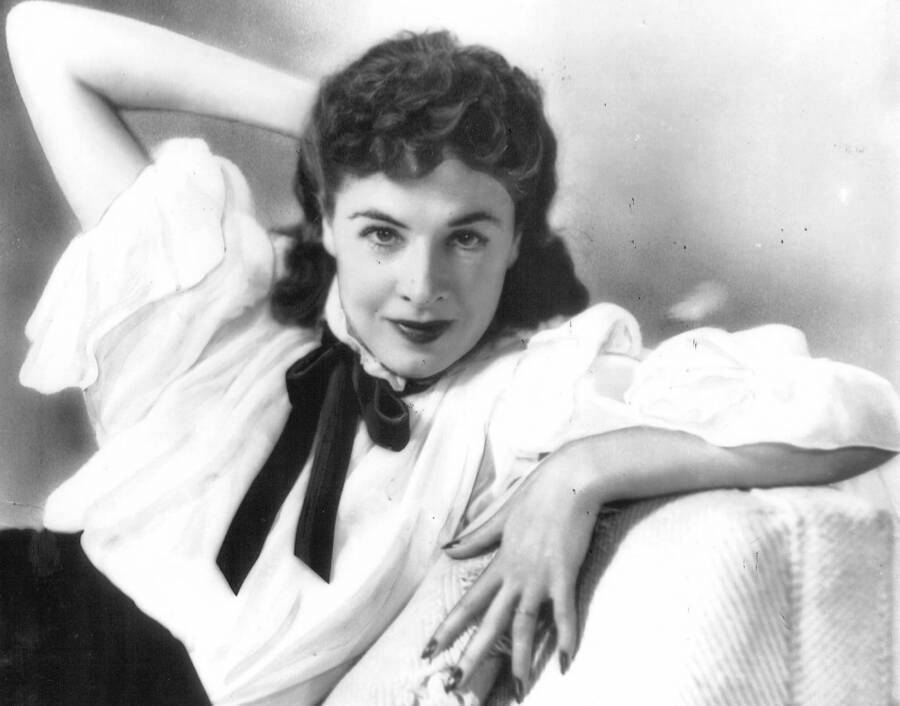 FacebookBefore her infamous suicide, Dorothy Hale was one of the most well-known socialites and up-and-coming actresses in New York.

Dorothy Hale’s death on Oct. 21, 1938 was as public as the end of one’s life could possibly be. An aspiring actress and New York City socialite, she jumped from the 16th floor of her Hampshire House apartment, overlooking the splendor of Central Park. According to reports at the time, passersby marveled at her — as even in death Hale was considered a beauty.

On the surface, her life was an endless party. Hale socialized with artists like Frida Kahlo, dated Franklin D. Roosevelt’s top adviser, and hosted gatherings many of the time could only dream of. Her fateful leap, however, was spurred by a series of life-altering traumas that had left her in despair.

Determined to become a star, Hale’s career had gone nowhere. A series of failed screen-tests and shoddy auditions had relegated her to a Ziegfeld showgirl. She wanted more and tried her hand organizing her own plays. They died quietly, just as her husband did — when he drove off a 500-foot cliff and left her destitute.

After years of financial struggle left Hale dependent on her richer, more famous, and successful friends, she hosted one last party. She walked them out the door and shut it, sat down to type her goodbye letters, and leapt to her death. While whispers of foul play swept New York, the truth was simpler — and far more tragic.

The Glamorous Life Of Dorothy Hale

Born Dorothy Donovan on Jan. 11, 1905, in Pittsburgh, Pennsylvania, Hale had Hollywood dreams before the industry even existed. To the chagrin of her father, a realtor, she ran off at 14 after living in a convent and a stint in drama school. She returned to Pittsburgh when her money ran out, but wouldn’t be home for long.

Hale’s roaring 1920s began with hope and success, as she landed a part in the chorus of Lady, Be Good and moved to Paris to study the art of sculpture. There, she met and married stockbroker Gaillard Thomas, a millionaire who had been born into wealth then amassed even more.

While the brief union ended in divorce, things appeared to look up. Hale surrounded herself with Olympians like Nickolas Murray who became a renowned photographer, Frida Kahlo, and artists like Miguel Covarrubias — a Mexican painter who had famously discovered the lost Olmec civilization in his spare time. 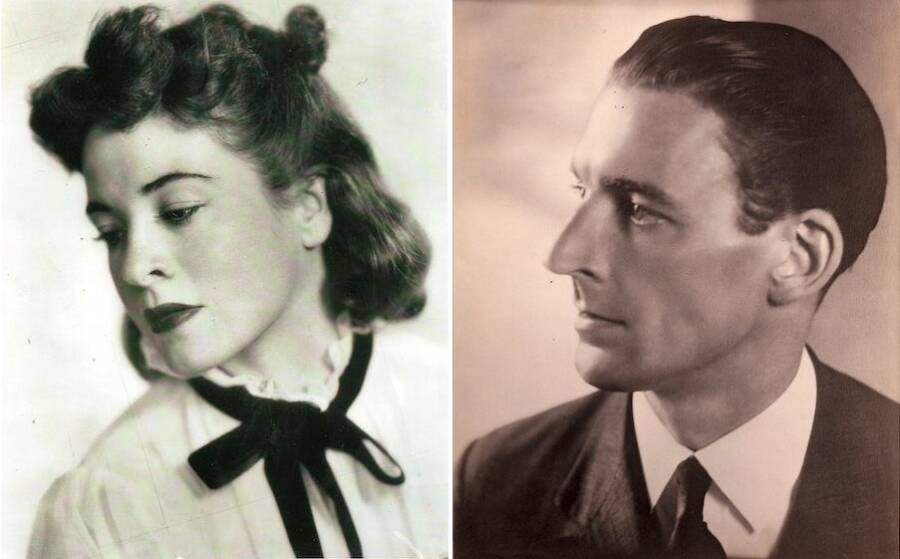 It was in these glamorous circles that the Ziegfeld girl met fresco artist Gardner Hale. While an injury ended her career as a dancer, she married Hale in 1927 and then managed to audition for movie industry titan Samuel Goldwyn. Hale landed parts across legends like Fred Astaire, but things soon rapidly turned.

The Hales weathered the 1929 stock market crash only for true tragedy to hit in 1931. Gardner mysteriously drove off a cliff in California, leaving the widowed socialite to fend for herself. With her two best friends, actress Rosamond Pinchot and Vanity Fair‘s managing editor Clare Booth Luce, Hale produced two plays.

Hale forged ahead as best she could, but her screen tests and auditions began to suffer. She landed minor roles in a few films and continued gallivanting with wealthy elites like President Roosevelt’s adviser, Harry Hopkins. She bought her Hampshire House apartment hoping to marry him there, but he broke it off in 1937.

The last year of Dorothy Hale’s life began with another insurmountable loss. Her friend Rosamond Pinchot committed suicide by carbon monoxide poisoning in January 1938. A new flame of Hale’s, the renowned financier Bernard Baruch, ended the relationship and advised her to buy a dress and find a husband.

Seemingly upbeat, Hale invited a select group of friends to what she called her farewell party — supposedly, she was going on a long trip. The Hampshire House was flooded with names, from Prince del Drago of Italy and Vogue editor Margaret Case to painters from all over. The Oct. 20, 1938, evening appeared a success. 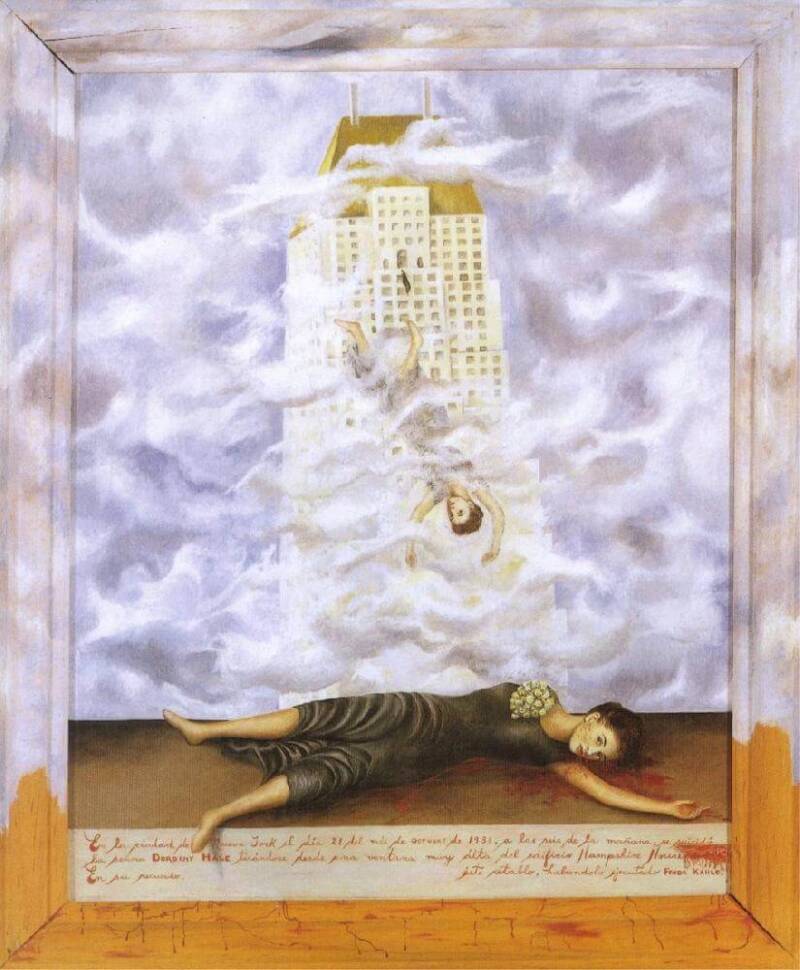 Afterward, she even attended Broadway’s Oscar Wilde with none other than J.P. Morgan and his wife. Tragically, she returned home, all alone — and typed letters to people like Baruch and her attorney. As The New York Times reported, the 33-year-old actress jumped out of her window at 5:15 a.m. on Oct. 21, 1938.

She died instantly, but nobody came to claim her body. Taken to a police station, officers stopped to gaze at it. Her hair was still in place, as was a black ribbon around her neck. She had worn a black velvet gown and black sandals, as if already mourning her own life. In November, Luce paid Kahlo to paint a portrait of Hale.

To Luce’s shock, the $400 recuerdo (or remembrance) wasn’t a conventional portrait as expected. Instead, it depicted Hale’s graphic leap from her window. Rather than destroy it, Luce had artist Isamu Noguchi alter it. It remains on display at the Noguchi Museum in Queens, New York.

After learning about Dorothy Hale, read about Evelyn McHale and “the most beautiful suicide.” Then, learn how Elvita Adams jumped from the Empire State building and survived.