How Dorothy Height Became The ‘Godmother’ Of The Civil Rights Movement

For nearly a century, Dorothy Height fought tirelessly for the rights of Black Americans and women of all races — even though she rarely received credit.

Before she became a historical icon, Dr. Dorothy Height faced discrimination, racism, and sexism in her journey to becoming an advocate for the health and wellness of Black women in America.

Height served as the president of the National Council of Negro Women for more than 40 years and rubbed shoulders with the legendary pioneers of racial equality — but none, from Martin Luther King Jr. to John Lewis, had quite the impact on the future of Black women in America that Height had.

This is the inspiring true story of Dr. Dorothy Height, the woman who President Barack Obama called “the godmother of the civil rights movement.” 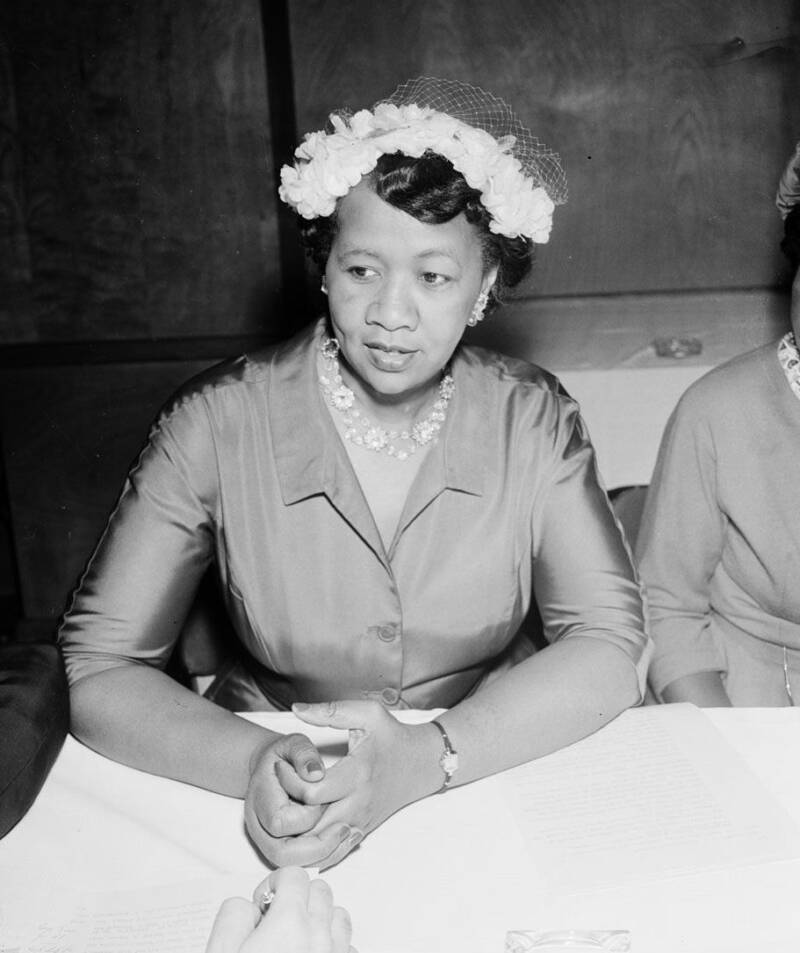 Born on March 24, 1912, in Richmond, Virginia, Dorothy Height moved to a Pittsburgh suburb when she was only five years old. Unlike many children of her era, Height attended racially integrated schools, but she first became interested in activism in high school by joining a number of anti-lynching campaigns.

Though she was denied entry into New York City’s Barnard College due to its policy against accepting more than two Black students a year, she ultimately graduated from New York University in 1933 with both a bachelor’s and master’s degree in educational psychology. She also did postgraduate work at Columbia University.

After graduation, Dr. Dorothy Height went on to work for the New York City Department of Welfare, but a chance meeting with Mary McLeod Bethune in 1937 changed the course of her life.

Bethune invited her to a meeting with Eleanor Roosevelt at the National Council of Negro Women (NCNW) which was being hosted at the local Young Women’s Christian Association. Height later described the meeting in her memoir as the moment she became “committed to the calling” of racial activism.

Her Fight For Reproductive Rights 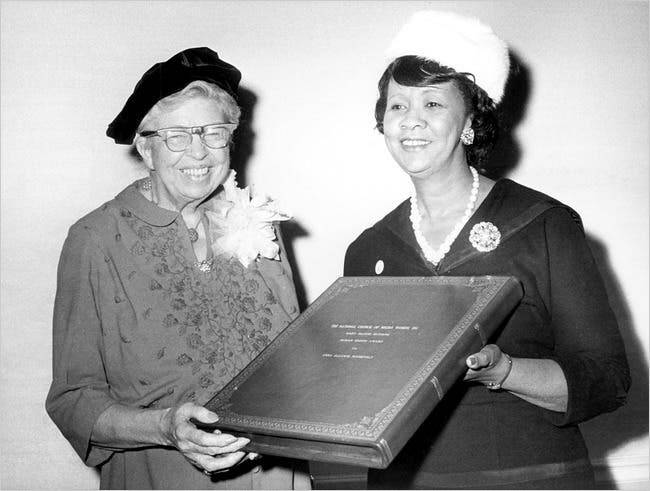 When she initially joined the National Council of Negro Women, Dr. Dorothy Height was focused on anti-lynching legislation. But by 1957, she was named the council’s president — a position she would go on to hold for more than 40 years — and her efforts were diversified.

Under Height’s leadership, the NCNW spearheaded voter registration efforts in the South. But more than that, the organization provided financial support to civil rights leaders like Martin Luther King, Jr.

Despite all her contributions to the movement, however, Height was often airbrushed out of photos in an effort to keep women out of the forefront of the civil rights movement, perhaps to make the cause more palatable to those who were both racist and sexist.

Height later wrote that the 1963 March on Washington, of which she was instrumental in the organization, was a shocking experience for her, as the male activists she worked with “were happy to include women in the human family, but there was no question as to who headed the household,” and had no qualms about keeping her silent during the speeches.

Undeterred, Dr. Dorothy Height continued her efforts to fight for equality and often served as an adviser to the likes of President Lyndon B. Johnson. But one of Height’s most important fights was the one for equality for Black women specifically.

In 1990, she founded the African American Women for Reproductive Freedom movement. “A Negro woman has the same kind of problems as other women,” Height famously said, “but she can’t take the same things for granted.” 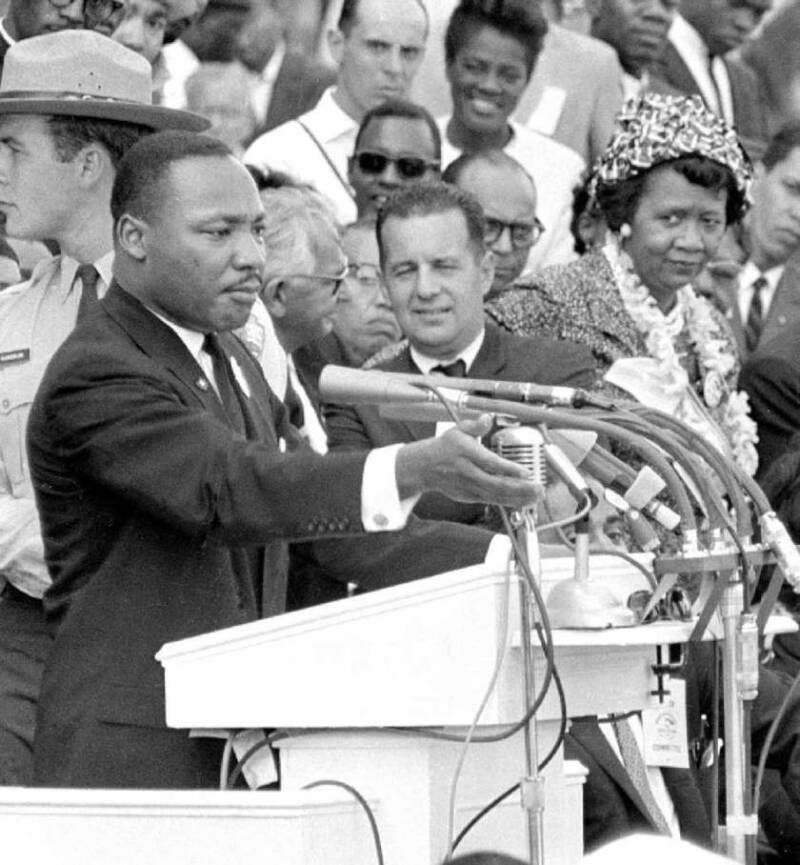 SCTimes.comDr. Height was present for MLK’s famous “I Have a Dream” speech in 1963.

Despite facing both racism and sexism throughout her career as an activist, Dr. Dorothy Height continued to work on the frontlines of the civil rights movement. And finally, in the 1980s, she began to be recognized for her efforts.

In 1989, she received the Citizens Medal Award from President Ronald Reagan, which was followed by a Presidential Medal of Freedom in 1994. In 2002, Don King and Oprah Winfrey spearheaded a fundraising campaign in her honor, which raised more than $5 million towards a new NCNW headquarters in Washington, DC. The building was named after Dr. Height.

At the end of her life, Dr. Height had amassed nearly 24 honorary degrees. And though she never married nor had any children, her legacy persists.

Dorothy Height died on April 10, 2010, at the age of 98. President Barack Obama delivered the eulogy at her funeral, and his words best summarized her contributions to the civil rights movement:

Now that you’ve read all about Dr. Dorothy Height, read about another fearless intersectional activist, Ida B. Wells. Then, read all about the time that actor Samuel L. Jackson became a civil rights activist — and held Martin Luther King Jr.’s father hostage.