While cleaning the former school's grounds, 27 "anomalies" consistent with the characteristics of unmarked graves were discovered. 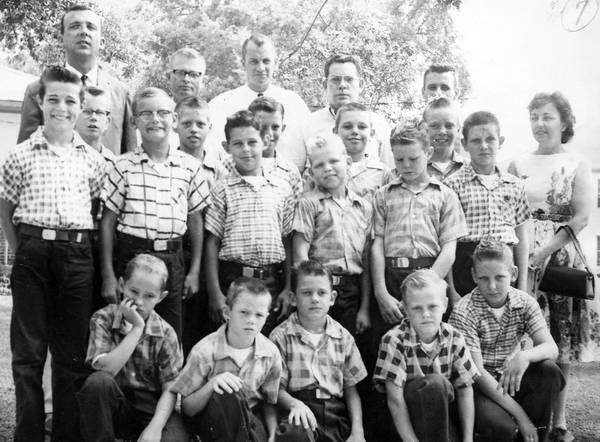 Florida State ArchivesGroup portrait of boys with administrators at the School for Boys in Marianna, Florida. Circa 1950s.

Florida’s Arthur G. Dozier “reform” School for Boys in the city of Marianna is historically notorious for disaster — and its latest scandal may be among the most horrific yet.

More than two dozen possible graves have been found outside the school’s cemetery, the Tampa Bay Times reported. These possible burials were found by workers of a company performing pollution cleanup on the school’s grounds.

The school stands on 1,400 acres of land and was formally closed in 2011. These days Jackson County, which now owns the property, has moved forward with plans to rebuild the site. Local officials hope that they can reform the notorious grounds into a new location for commercialization and business.

But following a cleanup after Hurricane Michael, these plans seem to have come to a halt as contractors reported disturbing “anomalies” on the grounds.

A report was sent out to the Environmental Protection Agency last month which stated that subcontractor New South Associates found 27 such anomalies while surveying the property. The company used ground-penetrating radar during its examination of the site and detected abnormalities consistent with the characteristics of unmarked graves.

“Due to the sensitive nature of this site, particular caution was used to identify possible graves in this survey,” the report said. It also stated that the company had taken a “liberal approach” in interpreting the data from the ground-penetrating radar data using the size, shape, and depth of the anomalies detected.

The “sensitive nature” that the report referred to is none other than the hundreds of abuses and deaths of the schoolboys that occurred during the school’s 111 years of operation.

According to Smithsonian Magazine, the institution had welcomed students since 1900 and was renamed to the Arthur G. Dozier School for Boys in 1967. The school’s mission was to reform unruly juveniles or young offenders into exemplary students fit for society. Kids were sent there for all kinds of misdeeds, from problematic behavior to committing heavier crimes like theft and even murder.

However, almost a year after its opening, reports of beatings, lynchings, and other acts of unthinkable violence towards the students began to circulate. A number of investigations were launched between 1903 and 1913 which found that the rumors had been true. Investigators discovered cases of students being denied food, detained in iron shackles, forced to perform labor and withstanding brutal beatings for any disobedience.

In fact, a report from 2016 found that almost 100 boys died at the school in just a 75-year span and many of those deaths were not documented by the school. Some students died in a 1914 fire and of a flu outbreak, yet other’s deaths went unknown and dubbed “suspicious” by the University of South Florida investigators.

For instance, a 15-year-old died of blunt trauma in 1925 after an attempt to escape the school and his death certificate read that he was merely killed by “a wound to the forehead, skull crushed from unknown cause.”

In recent years it was discovered that some students had also been subjected to sexual abuse. A group of student survivors dubbed the “White House Boys,” in reference to the white shack where they said most of their abuses took place, came forward with these allegations. 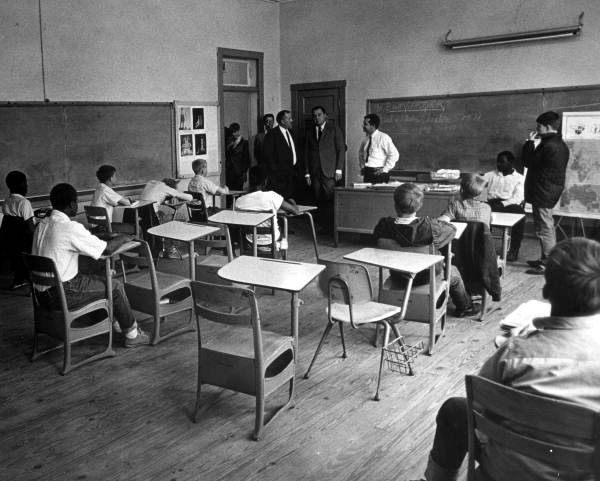 “When the evidence is just so overwhelming, you can’t deny it anymore,” Roger Kiser, a former student who was beaten by the school’s administrative staff on two separate occasions, said. Kiser went on to reveal more about the violence the boys endured in his book, The White House Boys-An American Tragedy. In the tell-all, Kiser described the school as “concentration camp for little boys.”

Somehow, the school was allowed to continue to operate even after the unfathomable findings. It wasn’t until the Florida government faced mounting public pressure from both local residents and former students that the horror academy was finally shut down in 2011.

But the 27 possible graves that have been found around the shuttered school have reminded the community of the location’s dark past, especially considering that this is not even the first time that investigators have uncovered unmarked graves here.

In 2013, anthropologists from the University of South Florida excavated more than 50 unmarked graves that were identified on the school’s grounds. They even recovered the remains of 51 individuals. 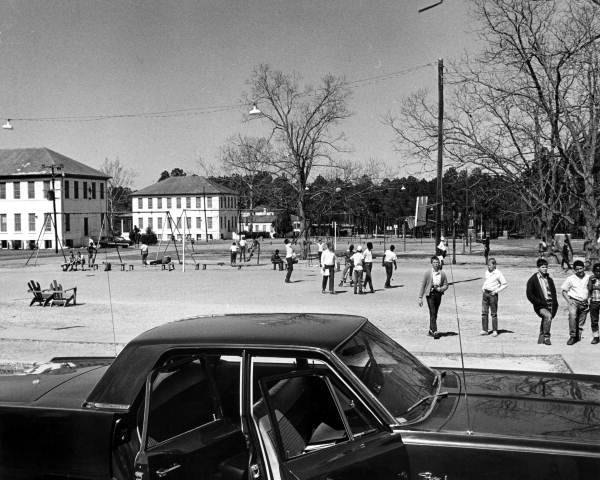 Florida State ArchivesPlayground and buildings at the Arthur G. Dozier School for Boys in Marianna, Florida. 1968.

These remains were believed to belong to students who died sometime between 1914 and 1952.

In spite of the morbid history of the school, researchers urged caution and argued that until the site has had a proper “ground truthing” it cannot be confirmed that these anomalies were indeed burials.

Ground truthing is a scientific process which involves meticulous digging of a site by removing its topsoil to get a more accurate determination of the contents underneath. In some cases, anomalies found through ground penetration radar turn out to be natural things like tree roots.

“It’s a simple solution. Ground truth it and see what’s buried there,” Erin Kimmerle, the forensic anthropologist who led the university’s first exhumation, said. “If there’s more work that needs to be done and we can contribute, we’d be happy to do that.”

But whatever the case may be, it is clear that the extent of the school’s horrific crimes against its students is only just beginning to be unearthed. As one former Dozier student, now 74, so put it: “Mark my words: there are more bodies out there.”

Next, read about the Bath School Disaster, the biggest school massacre that America forgot. Then, learn about the horrendous case of the Catholic boys’ choir, where more than 500 boys were physically and sexually abused.