Members of the Domspatzen Catholic boy's choir described the school as "a prison, hell and a concentration camp." 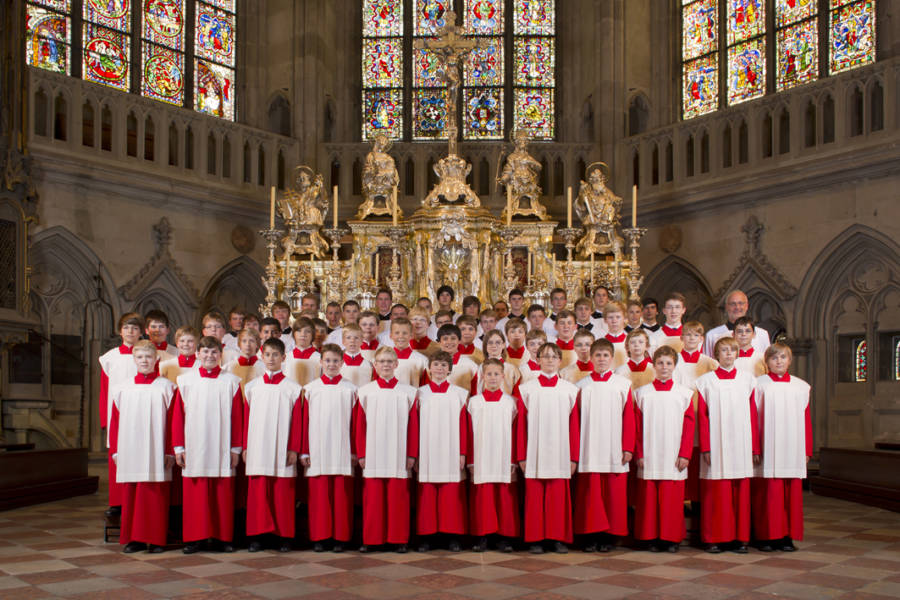 Wikimedia CommonsThe historic and prestigious boys choir that is the subject of a new report on 60 years of physical and sexual abuse.

When Alexander Probst was in the third grade, he entered the prestigious Domspatzen Catholic boy’s choir in Regensburg, Bavaria.

There, teachers slapped and beat him regularly. But it wasn’t until high school that things got really bad.

A teacher selected Probst for a secret group, where he would drink beer, smoke, and watch pornography. At night, the teacher would come into the dormitories and slip his hands under Probst’s sheets. Nearly 50 years later, Probst still remembers it happening more than 100 times.

According to a report released Tuesday, at least 547 boys at Domspatzen’s boarding school in southern Germany were victimized between 1945 and 1992 — a time when Georg Ratzinger, Pope Benedict XVI’s older brother, ran the school.

The allegations against the staff first arose in 2010. Now, hundreds have joined in the fight for justice, telling investigators that the school was like “a prison, hell and a concentration camp.” 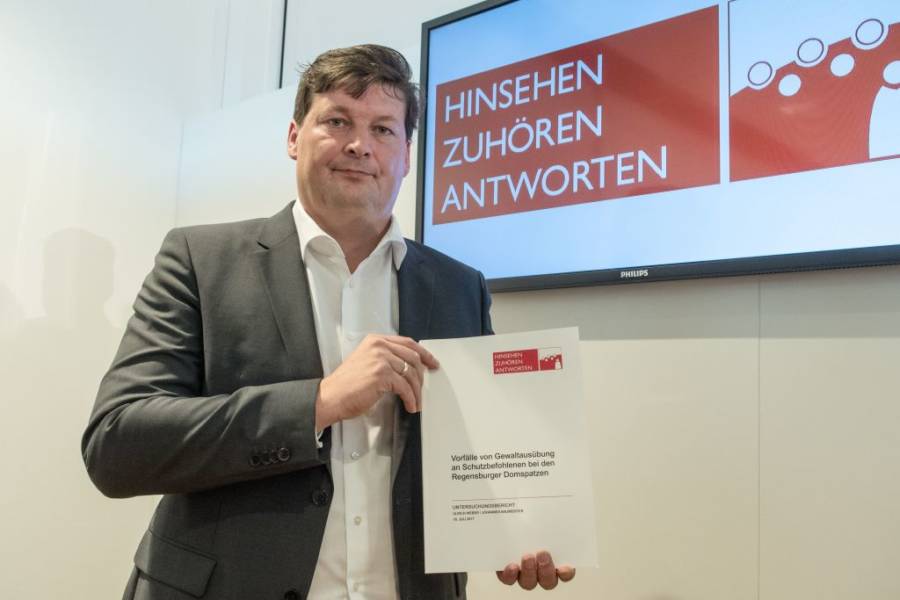 ARMIN WEIGEL/AFP/Getty ImagesLawyer Ulrich Weber, in charge of the clarification around an abuse scandal at the Regensburger Domspatzen boy’s choir, presents his report during a press conference on July 18, 2017 in Regensburg, southern Germany.
At least 547 boys at a German Catholic choir school fell victim to sexual and physical abuse in what some later compared to “prison, hell or a concentration camp”, the investigator’s report said.

Ulrich Weber, the lawyer in charge of compiling the report, found 500 cases of physical abuse and 67 cases of sexual abuse over six decades. But because some victims were unable to share their experiences, he estimates the real number could be as high as 700.

“The whole system of education was oriented toward top musical achievements and the choir’s success,” the 440-page report reads. “Alongside individual motives, institutional motives — namely, breaking the will of the children with the aim of maximum discipline and dedication — formed the basis for violence.”

Ratzinger himself, who led the choir from 1964 to 1994, said that he had slapped pupils during his tenure — but felt that was normal in Germany at that time.

The 93-year-old also admitted to having been aware of other instances of physical abuse amongst the staff, but denies knowing about any sexual abuse.

“Pupils told me on concert trips about what went on, but it didn’t dawn on me from their stories that I should do something,” Ratzinger told German media in 2010, as more and more accusations came tumbling into the press. “I ask the victims for forgiveness.”

Forty-nine staff members have been individually implicated in turning the school into a place “characterized by fear, violence and hopelessness.”

These findings are consistent with an increasingly publicized trend of abuse in the Catholic Church. Though a culture of silence and cover-ups previously dominated the institution, more and more reports on the issue have encouraged a compounding number of victims to finally speak out.

In 2014, the United Nations slammed the Vatican for its practices — noting that sexual abuse of young boys had become something systematically condoned by the highest ranks of the Catholic Church.

Though the school has yet to respond to the latest report — which more than tripled previous estimates of abuse in the school’s history — the current bishop had previously announced plans to offer victims between 5,000 and 20,000 euros each.

The abuse happened too long ago for victims to press criminal charges, but many hope their speaking out will inspire future victims to say something before it’s too late.

With the new wave of global accountability and the relatively new reign of Pope Francis, it does seem like things have started to turn around for the Church. 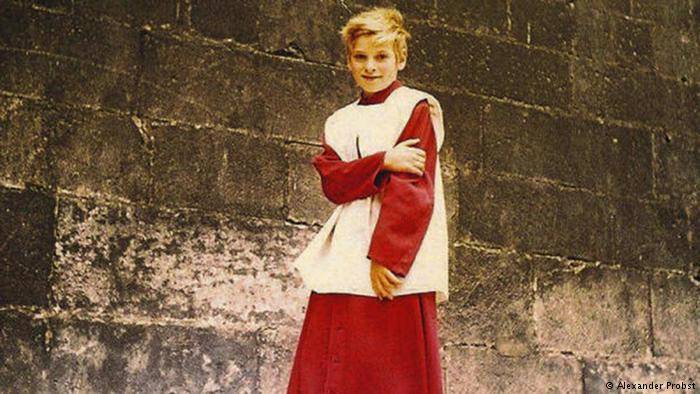 Alexander Probst, who has a book on his experiences of abuse, as a young choirboy.

But not quickly enough.

Pope Francis acknowledged in May that the Vatican still has a 2,000-case backlog of clerical abuse cases that have yet to be processed. He said he was hiring more staff to deal with the build-up.

Then in June, Cardinal George Pell, the third most senior official at the Vatican, was charged with multiple “historical” sexual assaults.

“We have to wait for justice and not first make judgment — a judgment of gossip — because that won’t help,” the Pope said of the charges. “Once justice has spoken, I will speak.”

Next, read about infant remains discovered in the sewer system of an old Catholic home for unmarried women. Then, learn about the gruesome crimes of the only Catholic priest to ever be executed in US history.