Meet Dr. Sebi, The Controversial ‘Herbalist’ Who Claimed He Could Cure Any Disease

Born Alfredo Bowman in Honduras, Dr. Sebi sold vegan diets and "cell food" to some of the world's biggest celebrities — and even claimed that he found a cure for AIDS. 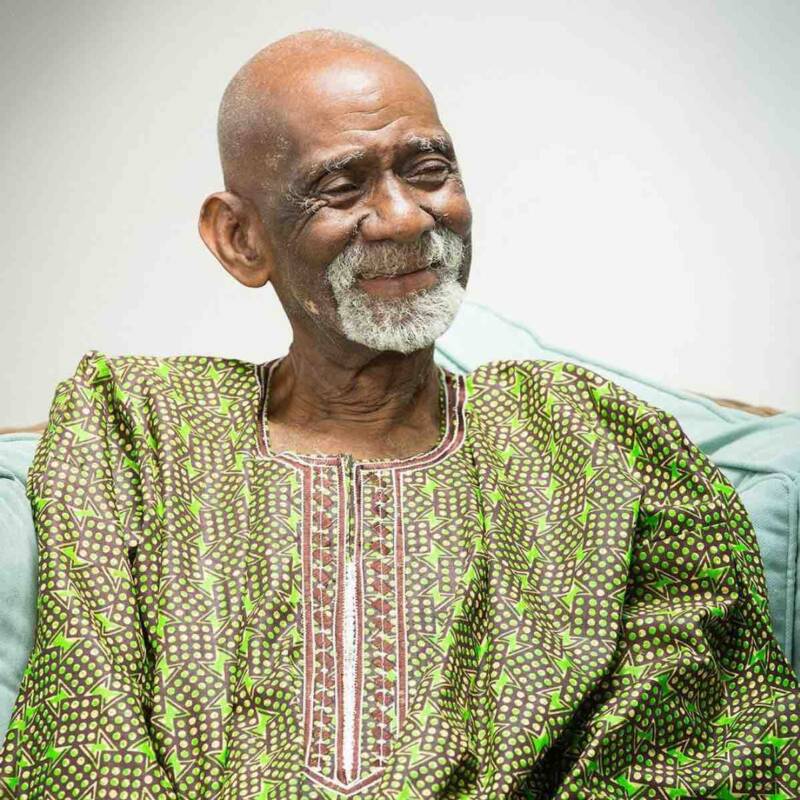 Dr. Sebi/FacebookDr. Sebi was a controversial herbalist and healer who worked with celebrity clients, including Michael Jackson.

Throughout his lifetime, Dr. Sebi was a proponent of healthy lifestyle choices, such as veganism and “alternative medicine.” But the man born Alfredo Bowman also peddled in pseudoscience and was even arrested in New York for practicing medicine without a license.

Despite questionable teachings and suspicions of money laundering, Dr. Sebi continues to enjoy popularity to this day. So much so that his children are continuing the tradition he started back in the 1980s.

Dr. Sebi was born Alfredo Bowman in 1933 in Ilanga, Honduras, and first learned about herbalism from his grandmother, who he claimed was a “traditional healer.” According to his website, everything Dr. Sebi learned about herbalism was self-taught, and he studied a wide variety of traditions from Africa, Central America, and the Caribbean. Eventually, he immigrated to the United States.

While living in California, Bowman was unsuccessfully treated for various ailments, including diabetes, obesity, and erectile dysfunction. Then, he traveled to Mexico and became connected with Alfredo Cortez, whom he credits with successfully curing him of these ailments. It was Cortez’s treatments that inspired Bowman to open an herbalist practice of his own.

Bowman returned to Honduras, where he formulated what would become known as “Dr. Sebi’s Cell Food.” His center, the USHA Research Institute, was located in the small town of La Ceiba, but its products were sold almost exclusively in the United States. And it was through these products that he began to amass an enviable list of celebrity clients. 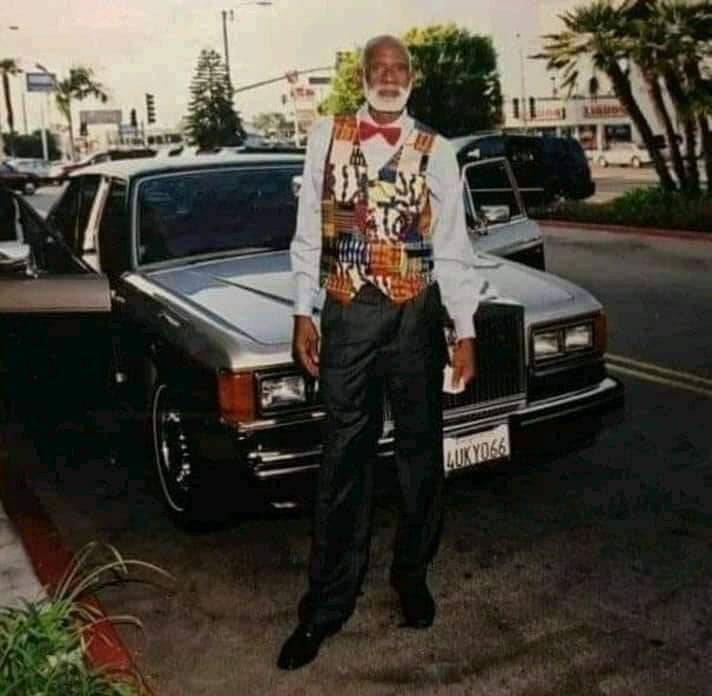 YADA/FacebookThroughout the 1980s and 1990s, Dr. Sebi made hundreds of thousands of dollars selling herbal supplements to Hollywood stars.

It didn’t take long for Alfredo Bowman to become the herbalist to the stars. His clients included Lisa “Left Eye” Lopes, John Travolta, Eddie Murphy, and Steven Seagal. But his most infamous client was Michael Jackson.

In 2004, shortly before the singer went on trial for child abuse allegations, Bowman claimed that he successfully cured Jackson’s addiction to painkillers, including Demerol and morphine. Bowman claimed he cured Jackson of his addictions using his “African Bio-Electric Cell Food Therapy” program, for which Jackson’s brother Randy paid him $10,000.

This payment, however, wasn’t enough for Bowman, who went on to sue Jackson for $1 million. In his suit, Bowman claimed that he treated Jackson for six months, resulting in $380,000 in unpaid bills. Bowman also claimed that he didn’t take on any other clients as “Dr. Sebi” when he was treating Jackson, so he sued for an additional $600,000 in lost revenue.

Raymone Bain, Jackson’s publicist, denied Bowman’s claims. “We have always maintained that Mr. Sebi was a friend of Mr. Jackson and that he has not performed any professional services for him,” he said, while also denying that Bowman successfully got Jackson off of painkillers. A judge finally dismissed the suit in 2015.

Dr. Sebi’s claims about his “Bio-Electric Cell Food Therapy” were also discredited as pseudoscience by reputable scientific publications. An extensive study performed by McGill University revealed that several of Bowman’s claims had no basis.

First, Bowman claimed that the “alkaline diet” was essential for good health. While the diet itself — one rich in vegetables and low in saturated fat and cholesterol — was healthy, the “science” behind it was faulty, as blood pH cannot be altered through dietary changes.

Second, Bowman showed no understanding of germ theory and claimed that African genes resonate “on a higher electrical vibration.” To complement this resonance, Dr. Sebi offered an “African Bio-mineral Balance” supplement for sale.

“Genes do not resonate. They are stretches of DNA that code for proteins, not tuning forks. Moreover, there is no such thing as an African gene,” wrote the university.

“The idea of genes vibrating at specific frequencies which dictate your food requirement is pure drivel.” 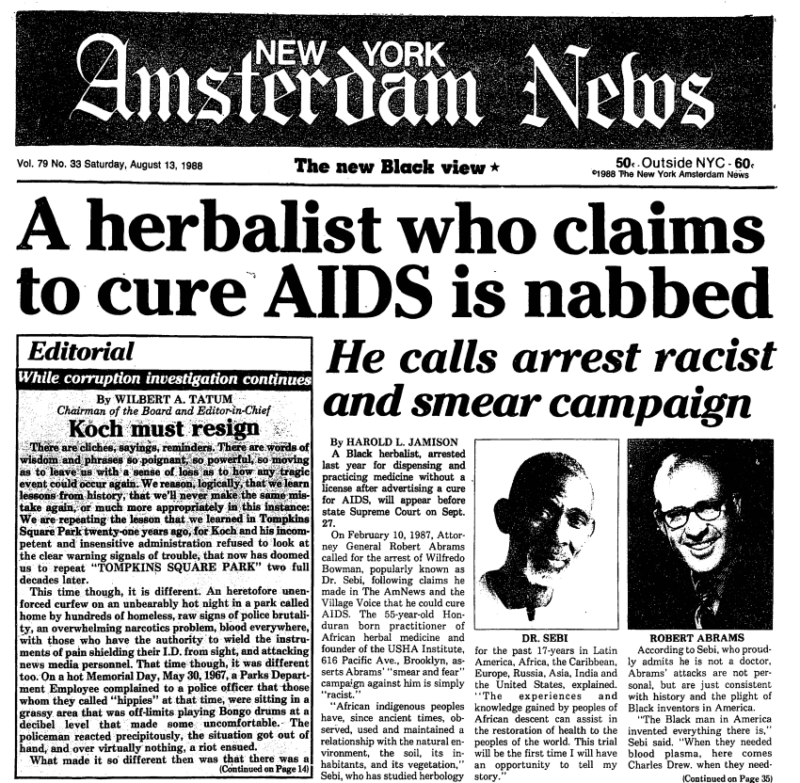 One of Alfredo Bowman’s most controversial — and disproven — beliefs is that the human immunodeficiency virus (HIV) does not cause AIDS and that herbal remedies were sufficient in treating the disease. In fact, he was so bold that he claimed to have the ability to cure AIDS at one point.

In 1987, this claim resulted in charges in New York for practicing medicine without a license. Although a jury acquitted him, the state of New York was successfully able to prosecute Dr. Sebi for fraud.

Ultimately, Bowman settled with the state of New York in exchange for paying $900 in fines. He was also prohibited from making any therapeutic claims about his products.

How Did Dr. Sebi Die? 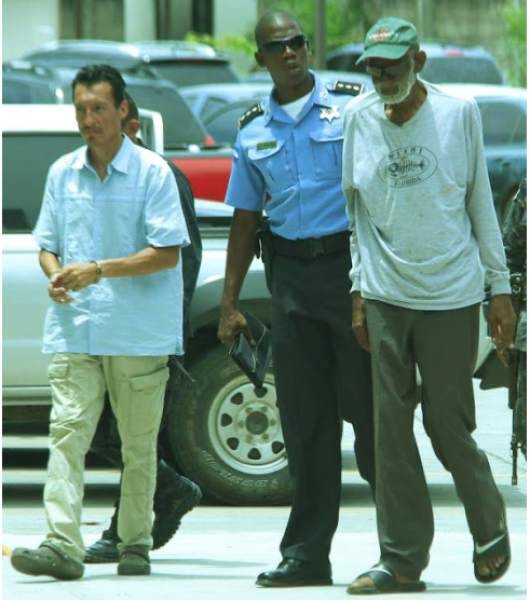 La PrensaDr. Sebi was arrested in 2016 on charges of money laundering. He died of pneumonia while in police custody that same year.

In May 2016, Bowman and his associate Pablo Medina Gamboa were charged with money laundering after authorities discovered he was carrying more than $37,000 in unaccounted-for cash. He was immediately transported to a Honduran jail, where he was awaiting arraignment. In June 2016, Bowman fell ill and was taken to a hospital.

Dr. Sebi died from pneumonia complications on August 6, 2016. He was 82 years old. Many of his devout followers believe that the death of Dr. Sebi was a result of the mainstream medical establishment trying to “silence” him for “telling the truth” about the industry.

But that’s not the only controversy surrounding how Dr. Sebi died. In 2019, rapper Nipsey Hussle, who was working on a documentary about Dr. Sebi, was shot and killed after a dispute with a former friend. And, even though no credible link between Hussle’s murder and Bowman’s death has ever been found, that hasn’t stopped conspiracy theorists from connecting the two.

And even after his death, Dr. Sebi remains as popular as ever. His daughter Kellie — one of his 17 children — continues his work at the Honduran Experience Wellness Center in Atlanta, GA.

Now that you’ve learned about the controversial life and death of Dr. Sebi, read about Josef Mengele and how his horrifying experiments dubbed him the “Angel of Death.” Then, read about James Morison, the 19th-century quack doctor who tried to cure everything with laxatives.