The Story Of Pauli Murray, The Unsung Hero Of The Civil Rights Movement

As early as the 1940s, Pauli Murray began to challenge segregation, sex discrimination, and gender norms. She later became a pioneering lawyer and an Episcopal priest. 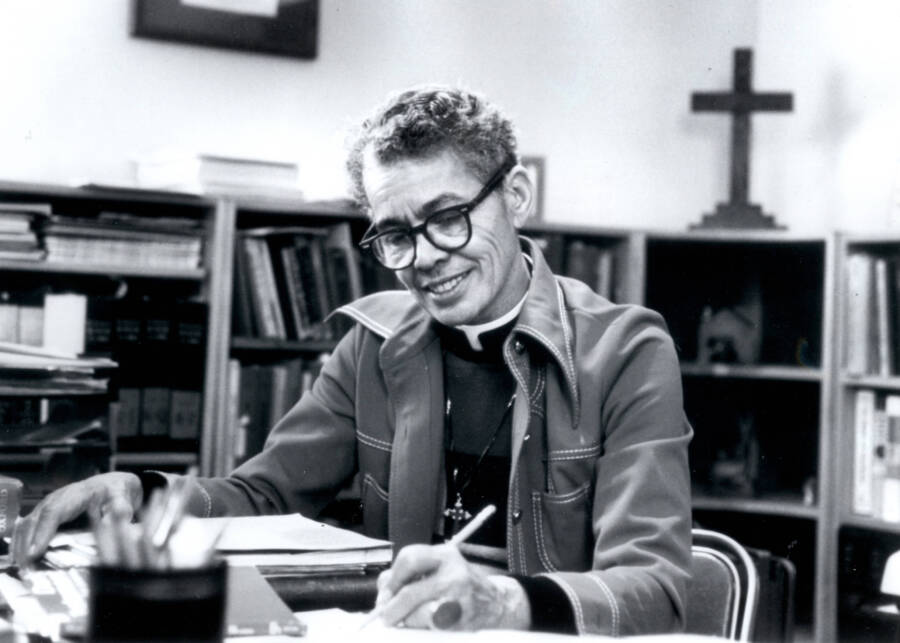 Born into segregation at the dawn of the 20th century, Murray spent her life “with the single-minded intention of destroying Jim Crow.” She also recognized the intersectionality of women’s issues and civil rights issues and coined the term “Jane Crow” to describe her experience as a Black woman.

Behind her public image as a crusader for equal rights, however, Murray struggled privately with feelings that she should have been born a man. Though Murray lamented that her confusing gender identity hindered her, it arguably gave her a unique perspective on the complexities of the human condition.

Her story — like Murray herself — is intricate, inspiring, and worthy of attention. Though her legacy has long lingered in the shadows, this trailblazing American is finally getting her due.

Born Anna Pauline on Nov. 20, 1910, in Baltimore, Maryland, Murray came into a world full of contradictions. Her family included formerly enslaved people, slave owners, and abolitionists who’d fought in the Civil War. As a result, Murray noted that her family looked “like a United Nations in miniature.”

But her place in the world seemed predetermined. Jim Crow categorized Murray as “colored.” It didn’t take long for her to understand what that meant. 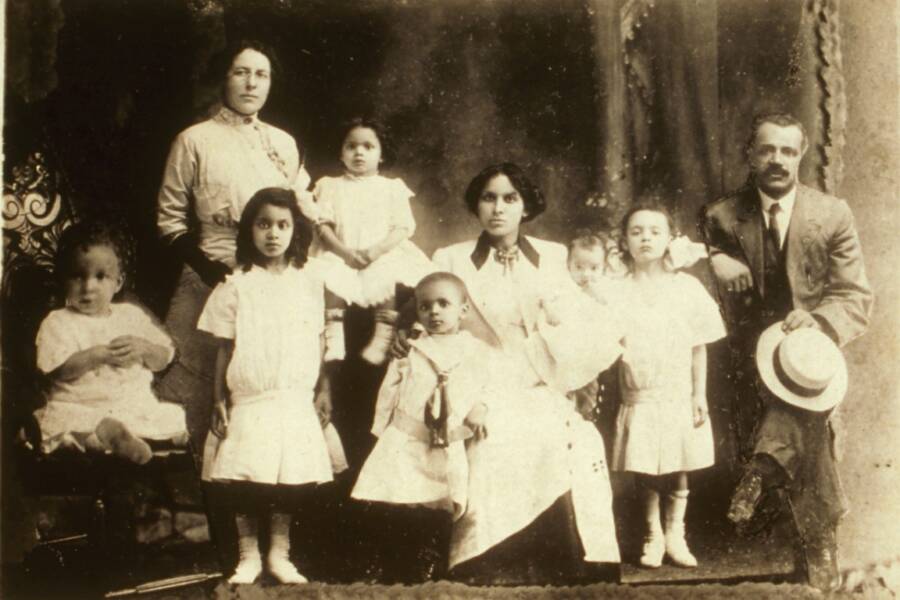 Schlesinger Library, Radcliffe Institute, Harvard University.Pauli Murray as a toddler with her family. After her parents died, an aunt raised her.

When Murray was just 3 years old, her mother Agnes suffered a massive cerebral hemorrhage and died instantly. Murray’s father William — who struggled with depression and anxiety — was subsequently sent to the Crownsville State Hospital for the Negro Insane. There, a white guard beat him to death with a baseball bat.

Murray remembers her final glimpse of her father, his head “split open like a melon and sewed together loosely with jagged stitches.”

She grew up resenting Jim Crow. Intelligent, motivated, and energetic, Murray walked everywhere to avoid taking segregated buses. She refused to go to the movies because Black people could only sit in the balconies.

Murray also began to feel that another such division — male and female — didn’t fit her. Much later in her life, Murray mused that when God made her, “maybe two got fused into one with parts of each sex — male head and brain (?) female-ish body …” She grew up with an aunt, who affectionately referred to her as a “little girl-boy.”

As she came of age, Murray decided to escape southern segregation. Instead of attending the North Carolina College for Negroes, Murray went north to New York City. Dismayed that her first-choice school Columbia did not admit women, Murray instead enrolled in the all-female Hunter College.

There, she began to explore her identity — both in terms of race and gender. Her proximity to Harlem exposed Murray to Black icons like Langston Hughes, W.E.B. Dubois, and Mary McLeod Bethune. Murray also started going by “Pauli” for the first time.

But though these years offered Murray a chance to explore her identity, they also gave her more questions to consider. A short-lived marriage with a man led Murray to confront her sexuality head-on.

“Why is it when men try to make love to me, something in me fights?” she wondered. Questions like these followed Murray all her life. Arguably, they also informed her activism.

In the 1930s, Pauli Murray fought on two fronts. Inwardly, she struggled to define her sexuality and gender. Outwardly, she battled Jim Crow. 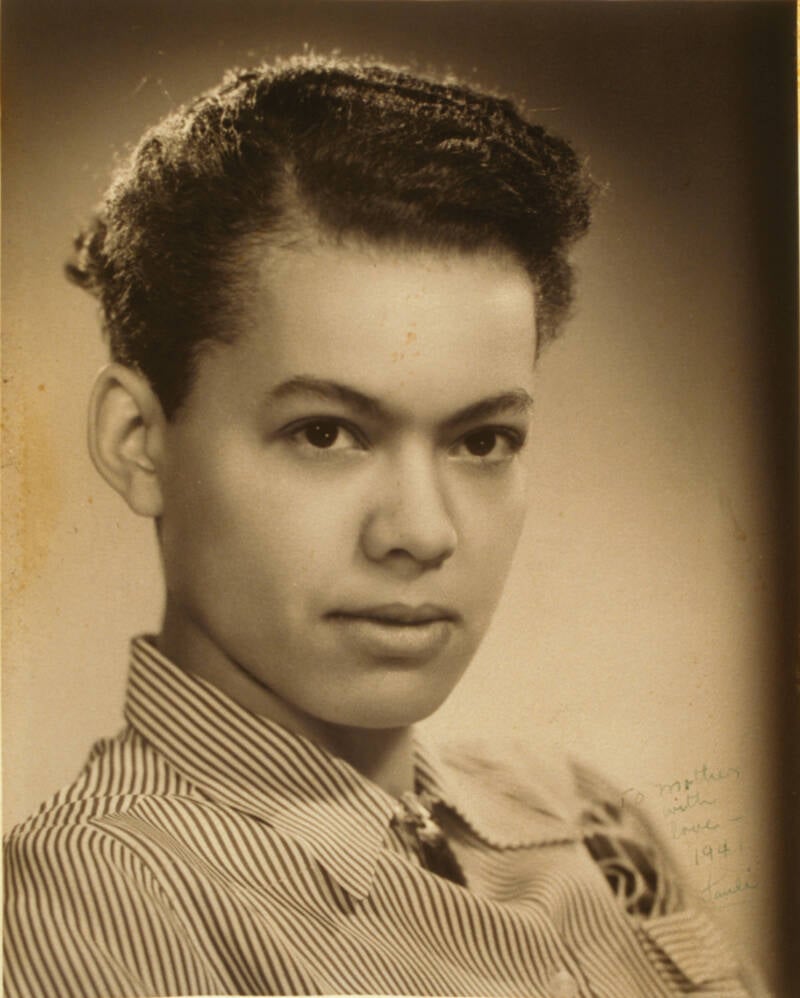 During that decade, Pauli Murray fought for change in small but significant ways. In 1938, she defiantly applied to the all-white University of North Carolina — and was flatly denied admission. In 1940, she refused to move to the back of a bus in Virginia — 15 years before Rosa Parks did the same.

Murray’s brave stand roused the attention of the NAACP. But the judge in the case, hoping to avoid a scandal, gave Murray a slap on the wrist. He charged her with “disturbing the peace” and sent her on her way.

But Murray kept shaking up the status quo. When a civil rights lawyer named Thurgood Marshall saw her giving an impassioned speech in defense of Odell Waller, a Black man on death row, the future Supreme Court Justice offered to write her a recommendation to his alma mater, Howard University.

Murray agreed to go. She went to law school with the mission to “destroy Jim Crow.”

At the same time, however, Murray couldn’t destroy, subdue, or understand her own feelings about gender and sexuality.

To a doctor in 1937, she wondered, “Why do I prefer experimentation on the male side, instead of attempted adjustment as a normal woman?”

She even tried — and failed — to get hormone therapy. Murray also had a doctor check her hormone levels in hopes of finding something off-kilter but everything was normal.

Despite her internal struggle, Murray arrived at Howard determined to change the world. When a law professor sniped on her first day that “he didn’t understand why a woman would want to go to law school,” Murray furiously resolved to become the school’s top student.

At Howard, Pauli Murray excelled. She presented bold, new legal theories that would eventually change discrimination in the United States.

In 1944, she suggested in class that lawyers looking to dismantle Plessy v. Ferguson — which lay the groundwork for “separate but equal” segregation — had spent too long arguing against the “equal” terminology.

Instead, suggested Murray, they should focus on the “separate.” Murray’s classmates laughed, but she later sketched out her thinking in-depth for a paper. There, Murray explained how Plessy v. Ferguson violated the 13th and 14th amendments.

Her argument was so compelling that it stuck with her professor, Spottswood Robinson. When Robinson teamed up with Marshall to end school segregation in Brown v. Board of Education in 1954, he cited Murray’s work.

Their legal team won that case — thanks to Murray’s legal mind. She didn’t learn that Robinson and Marshall had used her arguments until 10 years later when she ran into Robinson at a reunion.

Murray’s legal scholarship also helped turn the tide for American women. When future Supreme Court Justice Ruth Bader Ginsburg argued that discrimination on the basis of sex was unconstitutional in 1971, she relied on Murray’s legal theories to make her case. Ginsburg, who later called Murray her “legal hero,” even cited her as a co-author.

Pauli Murray supported both movements in other ways, too. Upon graduation from the California Boalt School of Law, she produced a 700-page tome on segregation after the Methodist Church asked her for a simple pamphlet. Marshall later called her work, States’ Laws on Race and Color, “the bible for civil rights lawyers.”

And when Murray loudly wondered in 1965 if women should have a “March on Washington,” just like Black Americans had in 1963, she caught the eye of feminist Betty Friedan. The next year, Murray, Friedan, and others founded the National Organization of Women (NOW).

Again and again, Murray beat down discrimination in the United States. Her legal theories resulted in remarkable victories for women and people of color. All the while, however, Murray continued to struggle with her own identity.

As she lamented in her diary, “This conflict rises up to knock me down at every apex I reach in my career.”

In 1942, Murray had reached out to a doctor who’d offered testosterone to effeminate men in hopes that he’d do the same for her. “Anything you can do to help me will be gratefully appreciated,”Murray wrote, “because my life is somewhat unbearable in its present phase.”

And when Harvard Law School rejected Murray on account of her sex in 1944, Murray tellingly responded:

“Gentlemen, I would gladly change my sex to meet your requirements. but since the way to such change has not been revealed to me, I have no recourse but to appeal to you to change your minds on this subject. Are you to tell me that one is as difficult as the other?”

When Murray sat down to write her autobiography, Song In A Weary Throat, which was published posthumously in 1987, she even scrubbed her life of all same-sex relationships. She described her life partner Irene Barlow as her “closest friend.”

Maybe Murray didn’t want to draw attention to that part of her life. Or maybe she wanted to — finally — control her own story.

By 1973, Pauli Murray had been fighting herself and discrimination for her entire life. That year, she shocked many when she announced that she’d leave her tenured position at Brandeis, and become an Episcopalian priest. 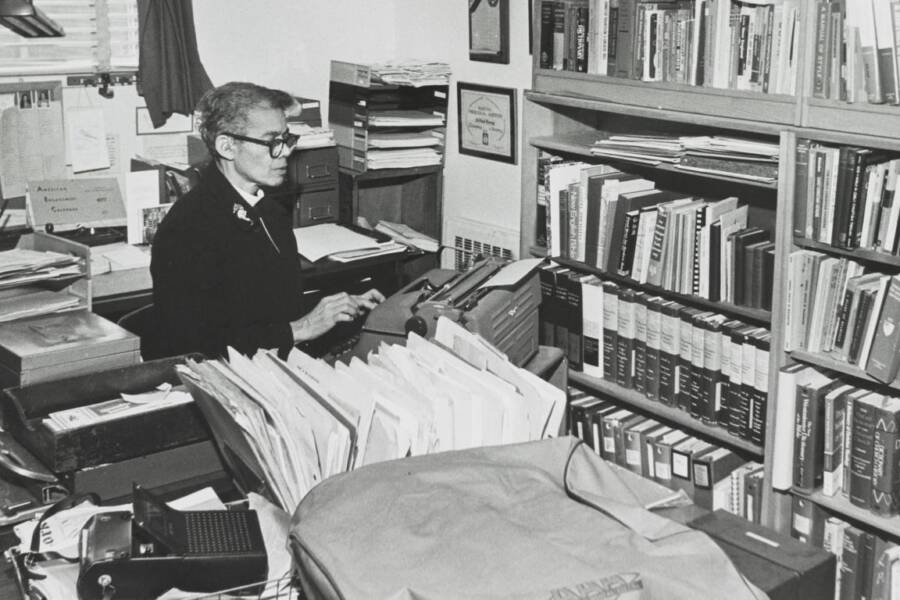 Murray took this step for a number of possible reasons. First of all, she’d grown weary of both the civil rights movement and the women’s movement.

She had coined the term “Jane Crow” to describe how they overlapped. Yet civil rights leaders persistently sidelined women, and the women’s movement dismissed the concerns of people of color.

Second, her partner of 16 years, Barlow, had died, and Murray was awash in grief. Third, becoming a priest gave Murray a chance — in the opinion of her biographer, Rosalind Rosenberg — to express herself publicly “as more male than female.”

Then again, Murray may have chased the priesthood for the same reasons why she fought so hard against discrimination. People said she couldn’t do it. No woman had ever become a priest in the Episcopalian church before.

But the time she graduated in 1977, the church had indeed changed their policy — and Murray became a priest. She spent the rest of her life in the priesthood before dying of cancer in 1985. 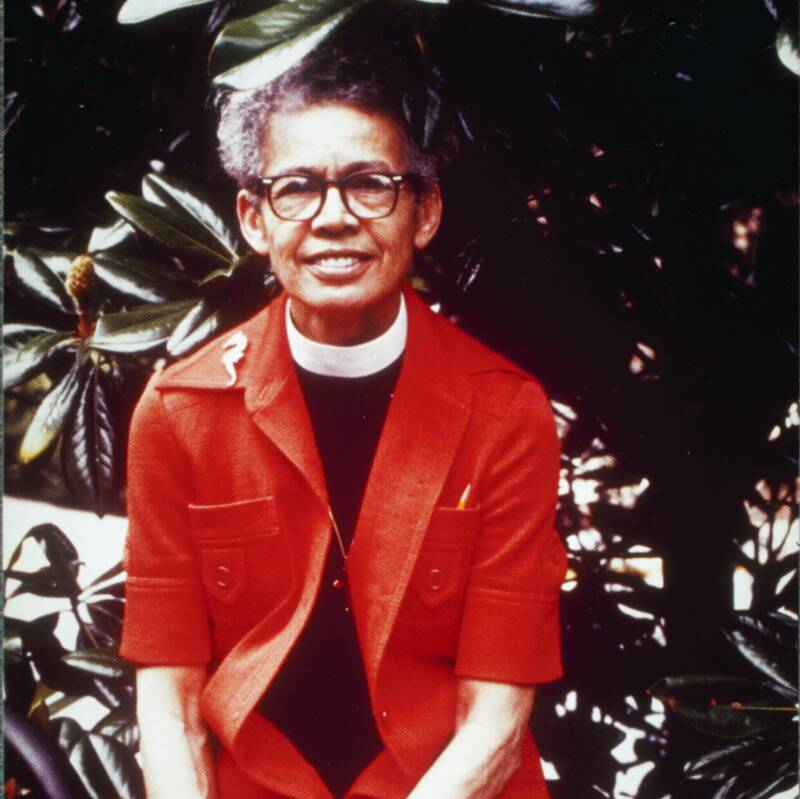 Although Murray’s legal scholarship transformed America, she has since vanished from the history books. Her work helped end legal discrimination for women and people of color, and yet she’s rarely cited as an influential activist in the mold of Martin Luther King Jr. or Betty Friedan. Why?

Judith Cohen and Betsy West, who co-produced the documentary My Name Is Pauli Murray, speculate that Murray purposefully stayed on the sidelines. Being a female-bodied person who romantically pursued women could be determinantal to her work, in the time that she lived.

Though questions of gender, pronouns, and sexuality are openly discussed today, Murray had to struggle in the dark. When she tried to learn about other people who felt the way she did, Murray had to look through the “sexual deviance” section of the New York Public Library.

Rosenberg believes, however, that Murray’s private conflict helped inform her public activism. Her questions about herself made her believe that sexuality and race are social constructs and caused Murray to be “increasingly critical of boundaries.”

She might have lived a different life today. Murray, and her family, used she/her/hers pronouns. But other scholars have argued that Murray might better be described as “they.” Rosenberg even calls Murray trans, a label that didn’t exist for much of her life.

“I do think it’s important to not confine Pauli to the time Pauli was living,” noted Talleah Bridges McMahon, a producer in the documentary.

In many ways, however, Murray never confined herself to the time she lived in. Though Murray battled with her gender identity her entire life, she envisioned a more equal world. And she saw it crest into fruition.

“What I say very often,” Murray once said, with a smile, “is that I’ve lived to see my lost causes found.”

After reading about the remarkable life of Pauli Murray, learn about Joan Trumpauer Mulholland, the fearless civil rights activist. Or, look through these inspiring photos of the 1963 March on Washington.