Meet Joan Trumpauer Mulholland, The Civil Rights Activist Who Sat On Death Row For Protesting In 1961

By age 23, Joan Trumpauer Mulholland had been attacked by white supremacists, disowned by her family, and imprisoned for supporting civil rights as a white woman in the American South. 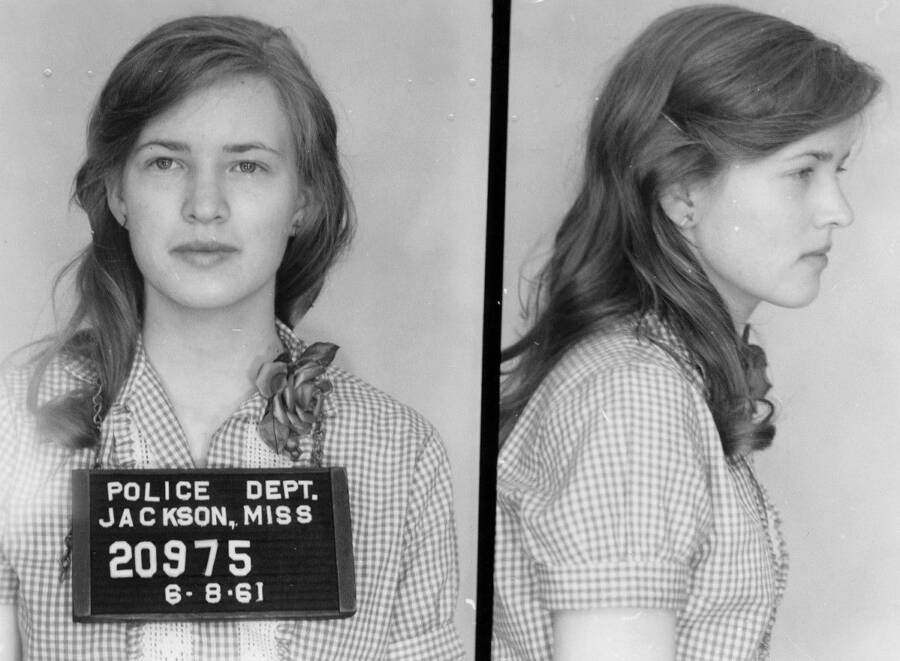 Wikimedia CommonsJoan Trumpauer Mulholland after her arrest in 1961 for joining the Freedom Riders.

Joan Trumpauer Mulholland didn’t look like a civil rights activist. Young, white, and from the South, she was even descended from slave-owners. But Mulholland was keenly aware of the systemic racism that surrounded her — and as a teenager, resolved to do something about it.

Throughout the 1960s, Mulholland rode with the Freedom Riders, took a seat at sit-ins, and even enrolled in an all-Black college as its first white student. Furious crowds dubbed Mulhullond a “race traitor,” threw food and glass at her, and she was once almost killed by the KKK.

But Mulholland didn’t let any of that stop her. To this day, she’s still fighting for equal rights.

Joan Trumpauer Mulholland was born on Sept. 4, 1941, and spent her childhood in the segregated city of Arlington, Virginia. Her mother, the descendent of slave-owners, was also a segregationist. Her father, like her mother, worked a government job.

“I lived in an all-white world,” Mulholland later recalled.

But when Mulholland was 10, she had an experience that drew her away from her parents’ beliefs. While visiting her grandmother down in Georgia, Muholland and a friend “dared” each other to walk over to the side of town where Black residents lived.

There, they found an entirely different world than the one they knew. “I could see with my own eyes the difference between the Black school and the white school,” Mulholland said. “That really struck me.” 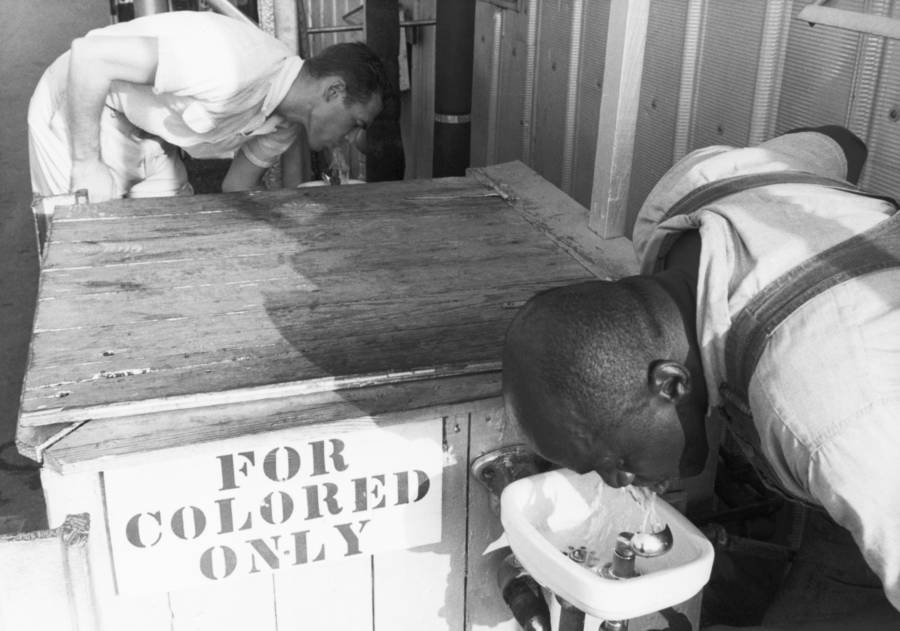 That experience changed Mulholland’s mind. Though she yielded to her mother’s insistence to attend Duke University in Durham, North Carolina, she began to develop herself as a civil rights activist.

While at school, Mulholland skipped the sororities and instead participated in the Durham sit-ins, joining Black activists at “white-only” lunch counters. As a result, she was arrested — and the school was so appalled by her behavior that it forced her to undergo a psychological evaluation.

But Joan Trumpauer Mulholland wasn’t daunted. She was just getting started.

Soon after the Durham sit-ins, Joan Trumpauer Mulholland dropped out of Duke. The school’s Dean of Women made it an easy decision when she asked Mulholland to stop her activism.

Instead, Mulholland doubled down. She joined up with the Nonviolent Action Group (NAG) in Washington D.C. and began to work with civil rights activists like philosopher Stokely Carmichael to plan the Freedom Rides.

Throughout 1961, the Freedom Rides aimed to test federal laws banning segregation on public transit. But it was dangerous work. That became immediately clear when angry segregationists bombed a bus carrying Freedom Riders in Anniston, Alabama, on May 14, 1961.

Mulholland and others flew in to lend their support — and were promptly arrested for “breaching the peace.”

Police brought the activists to the high-security Parchman State Prison, where they were kept on death row. Mulholland and other women had to undergo vaginal exams by a female guard whom Mulholland remembered dipping her hand in Lysol. “That was really intimidating,” she said. “They showed they could do anything they wanted to us and probably would.”

Unafraid, as soon as Mullholland left prison, she jumped right back into the fray.

Her Infamous Sit-In At Woolworths And Activism Today 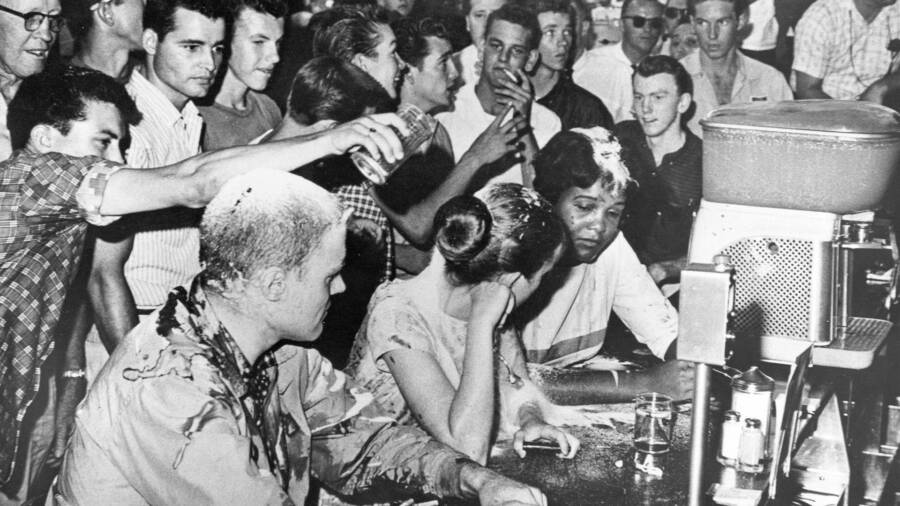 National Museum of American HistoryMulholland in between John Salter and Anne Moody at the segregated counter at Woolworths.

Following her arrest, Joan Trumpauer Mulholland enrolled as the only white student at the all-Black Tougaloo College in Jackson, Mississippi. Her admission enraged local whites but gave her the chance to meet Martin Luther King Jr. and work closely with Medgar Evers, the first state field secretary of the NAACP.

Then in May 1963, Mulholland participated in the infamously violent Woolworths sit-in. Mulholland and fellow activists Anne Moody, a Black woman, and John Salter Jr., who had Native American roots, took a seat at Woolworths segregated lunch counter in Jackson, Mississippi. The surrounding crowd reacted with rage.

For three hours, they attacked and berated Moody, Mulholland, and Salter.

“I was attacked with fists, brass knuckles, and the broken portions of glass sugar containers, and was burned with cigarettes,” Salter recalled. Mulholland remembers that the crowd called her a “race traitor.” But the three activists held their ground until they were physically removed.

And, still, Mulholland fought on. She fought on even after one terrifying night in 1964 when members of the Ku Klux Klan surrounded her and other activists on the road and beat their driver. Though she narrowly escaped, she later learned the KKK had intended to kill her that night — and when they failed, they killed three other activists, instead.

Today, at the age of 80, Joan Trumpauer Mulholland is still fighting, though in a much less physical way these days. “I’m not marching anymore,” she said. “My knees have been operated on too much. But I can make signs. I can offer to put people up in my house.”