Irena Sendler: The Woman Who Saved 2,500 Jewish Children During The Holocaust

Irena Sendler even managed to survive torture by the Gestapo and a death sentence.

At the onset of World War II, the Germans outlawed helping Jews, making it punishable by death in Poland. And not only the death of the one offering assistance, but the death of their entire family.

Irena Sendler was well aware of the danger, but that didn’t stop her from risking everything to save the lives of over 2,000 Jewish children.

A Fitting Heir To A Legacy Of Courage And Sacrifice 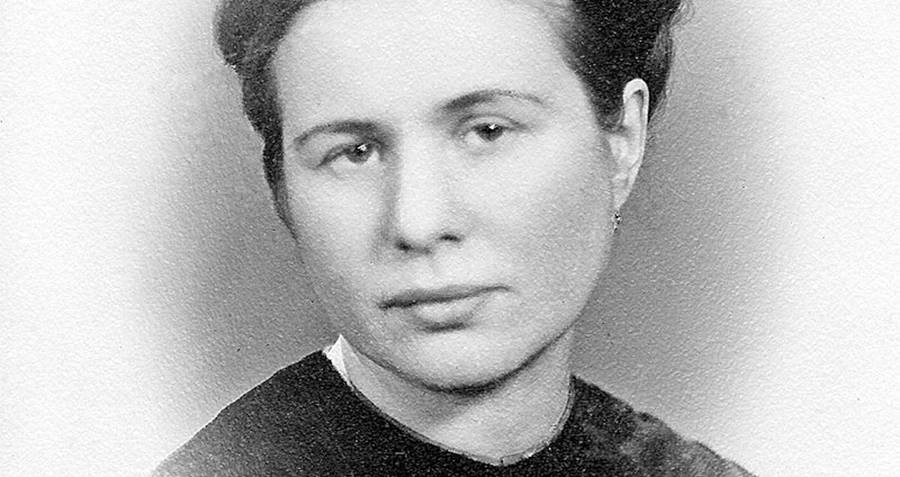 Remembered today as “the female Oskar Schindler,” Irena Sendler was an activist and outspoken critic of antisemitic policies long before the outbreak of World War II.

Later, she would attribute the values that guided her work to her upbringing: “I was taught by my father that when someone is drowning you don’t ask if they can swim, you just jump in and help.”

Her father lived and died by his philosophy. He was a doctor to the poor, whom he often treated at no cost. It was on an errand of mercy that he contracted typhus from a patient. When he died, his daughter was just seven years old.

The Jewish community that he had so often practiced in offered financial support to his widow, but she turned them down, saying that she and her daughter would manage.

As she grew older, Irena Sendler proved herself a fitting heir to her parents’ legacy. At school, she was a vocal critic of the system that segregated Jewish pupils from their non-Jewish counterparts during classes and lectures.

She frequently joined Jewish friends on the other side of the aisle, and when a Jewish friend was beaten, she crossed out the stamp on her grade card that marked her as a gentile and made the move permanent. The administration wasn’t a fan; they suspended her for three years. 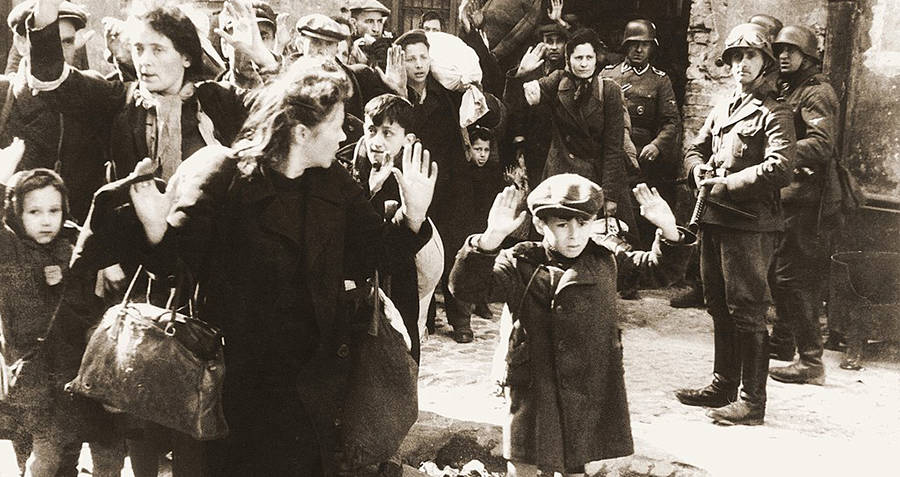 Wikimedia Commons Families and children being forced into the Warsaw Ghetto.

At the time of the German invasion of Poland, Irena Sendler was working for the Polish Social Welfare Department. When the Nazis came to power, she watched her Jewish coworkers turned away, dismissed from their jobs after years of service.

The entire Polish Social Welfare Department was then barred from helping any Polish Jews — they would be served by the institutions in their own communities, the Germans said.

Irena Sendler wasn’t going to let that stop her. She enlisted a group of supportive co-workers and began to created falsified papers that enabled her and her team to help Jewish families. Over four years, she fabricated 3,000 documents.

She continued to do so even when the stakes rose sharply in 1941: it was announced that the penalty for being found to have helped Polish Jews was death.

In 1943, Sendler joined the Zegota, an underground organization devoted to helping Jewish people escape the Holocaust. Under the fake name Jolanta, she was elected to head the Jewish children’s section. 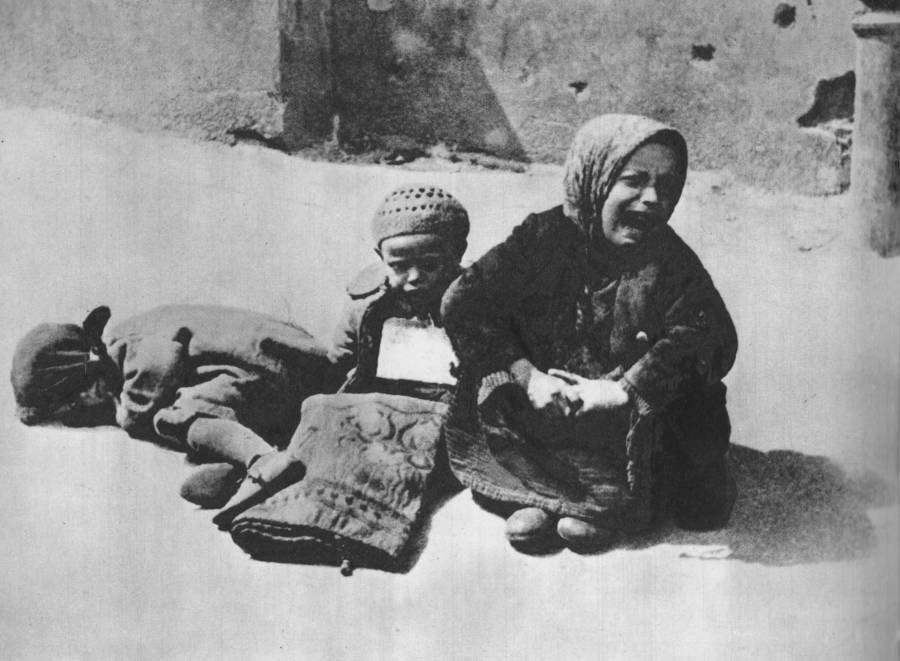 Because of her job with the Social Welfare Department, Sendler had authorization to enter the Warsaw Ghetto, the portion of the city where 300,000 Jews were being held captive.

Though the Germans cared not at all for the lives of Polish Jews behind the ghetto’s walls, they did fear typhus. Specifically, they worried that the deadly infectious fever could spread from inside the ghetto to the soldiers standing guard. So they allowed doctors in to check for symptoms and treat it.

Under the guise of performing these sanitation inspections, Irena Sendler would enter the ghettos, sneaking in food, medicine, and clothing. But she didn’t leave empty-handed: in the ambulances and trams that drove away from the ghetto were babies and small children. When no other means were available, children were even loaded into packages and suitcases.

Over 2,500 children were smuggled out of the ghettos, at least 400 of them by Sendler herself. She recalls heart-wrenching conversations as families decided whether to send their children out into the city, where discovery meant death.

When parents asked Sendler whether she could promise that their children would be safe, she replied that she could not; she didn’t even know whether she herself would make it out of the ghetto alive that day. All she could offer was the promise that she would never stop working on their behalf to protect and one day reunite them. 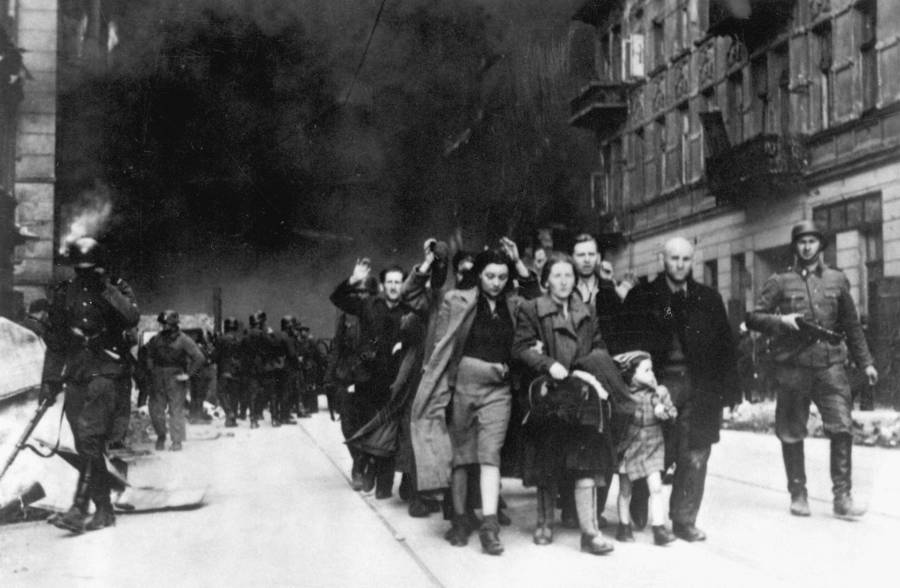 Wikimedia CommonsIn the aftermath of the Warsaw Ghetto Uprising, captured Jews are led by German Waffen SS soldiers to the assembly point for deportation.

Once outside of the ghetto’s confines, the smuggled children were dispersed among friends of the Zegota. Some were placed in the care of Christian Polish families and given Christian names. They were also taught Christian prayers and values in case they were tested.

One member of the Zegota remembers waking children at night and asking them to recite their prayers, drilling them endlessly so that they would remember them someday under pressure. These small proofs could be the difference between life and death.

Some of the children were sent to the Warsaw orphanage of the Sisters of the Family of Mary or similar Roman Catholic convents and schools. They were also renamed and taught Christian traditons to mask their heritage.

Sendler’s ultimate goal was to keep the children safe until the end of the war and then return them to their families, so she kept careful records of the children’s whereabouts, new names, and given names. She kept the lists in jars buried underground.

But any hope for those someday reunions was growing dim. In July of 1942, the Nazis began what they called the Grossaktion, or Great Action. They had started to systematically round up the Jews of the Warsaw Ghetto and “resettle them” in the east. But the trains the Warsaw Jews boarded were bound for death camps.

Irena Sendler, well known within the ghetto’s walls, was forced to watch her friends disappear.

The Arrest And Torture Of Irena Sendler

Sendler was arrested in late 1943 and tortured by the Gestapo — and through it all, she managed to keep the children’s identities safe. In the moments preceding her arrest, she was able to toss the documents she had with her to a friend, who concealed them in her clothes.

In the face of brutal beatings and captivity, Sendler never named any of her comrades or the children they saved.

She even managed to survive being sentenced to death. As the officers of the Gestapo were bringing her to her execution, fellow members of the Zegota saved her life with a last minute bribe.

Even though her work had almost cost her her life, Sendler returned to her position with the Zegota after her escape, this time under a different name. 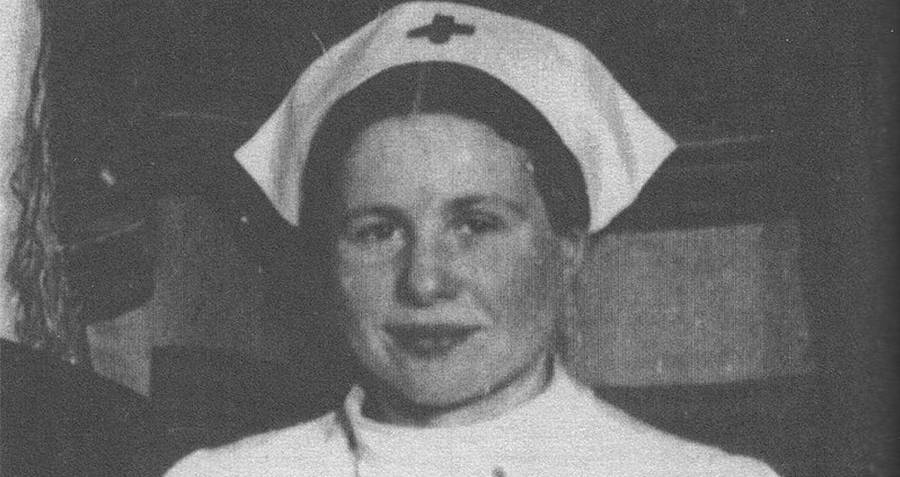 Wikimedia CommonsIrena Sendler took a job as a nurse after the war.

After the war, Irena Sendler continued helping people by taking a job as a nurse. Despite the demands of her job, she still attempted to make good on her promise to return the children to their families. Sadly, she learned that almost all of the families had been killed at the Treblinka concentration camp or were missing.

For her efforts, Sendler was recognized by the state of Israel as one of the Righteous Among the Nations, an award created in 1963 for outstanding citizens. She was initially unable to go to Israel to receive it because of travel restrictions imposed by Poland’s communist government — but finally, in 1983, the award made it to her.

In 2003, Pope John Paul II personally wrote to her to thank her for her efforts, and later that year, she received Poland’s highest civilian honor, The Order of the White Eagle. She was also given the Jan Karski award for “Courage and Heart” by the American Center for Polish Culture. 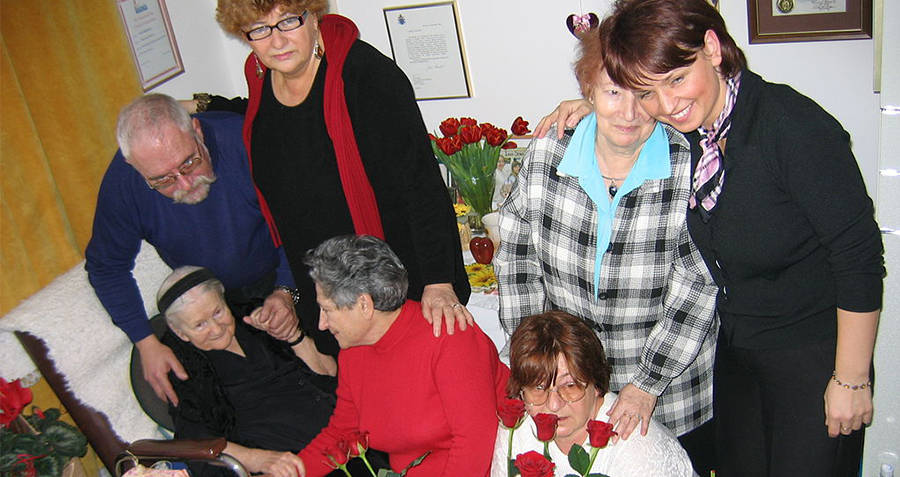 Wikimedia CommonsIn 2009, Irena Sendler (left) was reunited with some of the children she helped to save, all of whom said they owed her their lives.

Though she’s received countless other awards, Irena Sendler has remained humble about her contribution to the Jewish community.

“I was brought up to believe that a person must be rescued when drowning, regardless of religion and nationality,” she said in a 2007 interview, one year before her death at age 98.

“The term ‘hero’ irritates me greatly. The opposite is true. I continue to have pangs of conscience that I did so little.”

After this look at Irena Sendler and her amazing heroism during the Holocaust, read about Ilse Koch, the concentration camp guard who was called “the bitch of Buchenwald.” Then, check out Inga Arvad, the girlfriend that Adolf Hitler and John F. Kennedy had in common.