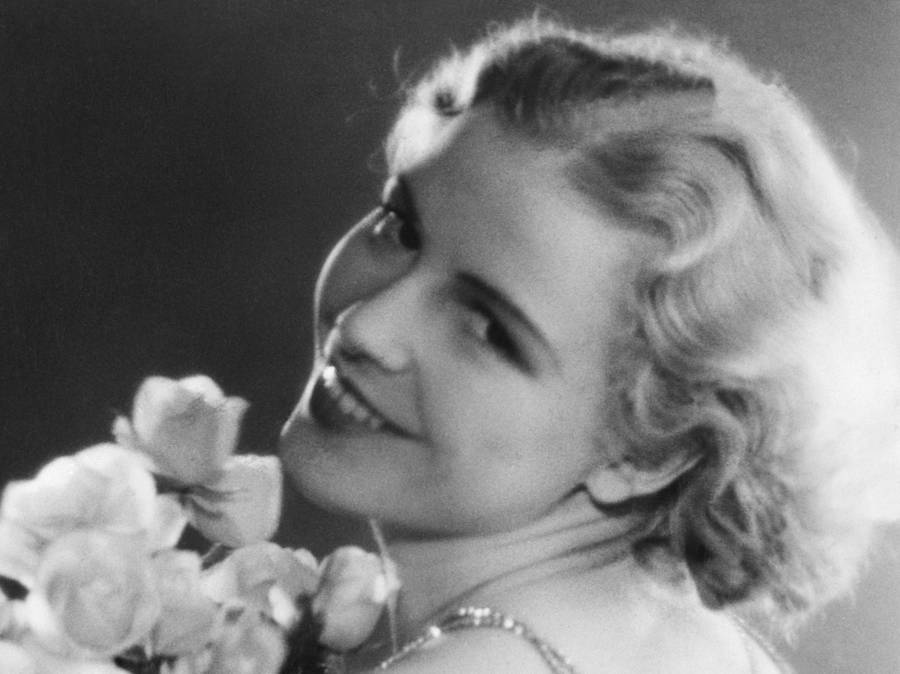 Bettmann/Contributor/Getty ImagesInga Arvad around the time of her competition in the 1931 Miss Europe pageant. Denmark. January 27, 1931.

Her letters to him are typed on yellowing paper featuring the Washington Times-Herald letterhead. They run through a few pages of minor gossip; the romantic parts are kept until the end.

“I have made up my mind to turn out a few stories – and when I get time a few babies – hope illegitimacy becomes a fadd (sic) after the war, as I only know one man worth reproducing a perfect copy of,” she writes.

“Remember to save this letter for defense against Inga-Binga in the Supreme Court of the U.S. I will be seeing you – here or there or somewhere in the world, and it will be the best, or rather second best moment in a lifetime. The best was when I met you.”

“Inga-Binga” is Inga Arvad. In 1931, about a decade before the letter was written, she had been Denmark’s entry for the Miss World competition. She had acted in some minor European films and worked as a columnist and war reporter. She has a face, as they say, that opens doors.

The man she’s writing to is named John, but everyone calls him Jack. It’s 1942, the United States is at war with Japan and Germany and he is in command of a patrol torpedo boat known as PT-109. He enlisted early on but he is destined for bigger things than a career in the Navy. His father, Joe, is a powerful figure around Washington and there are plans for Jack Kennedy to enter politics and perhaps even run for president.

Every future president needs a future wife and Inga Arvad has the looks and the glamour for the job. There’s just one problem: another man in her past. His name is Adolf Hitler. 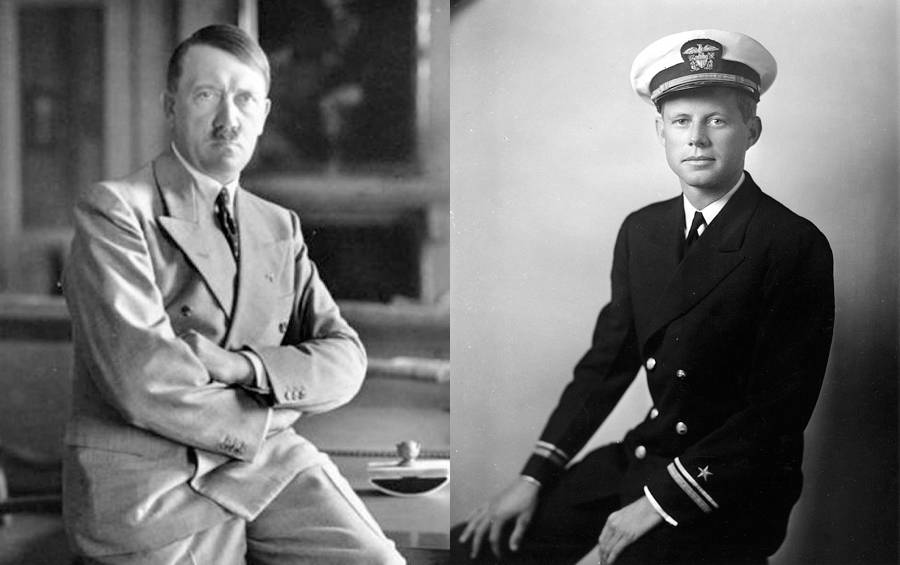 The list of women that John F. Kennedy was linked to both before and during his marriage to Jacqueline Bouvier is a long one. Many of these women are well-known — Marilyn Monroe, Kim Novak — and some, like Judith Exner, who was also linked to mobster Sam Giancana, might have been unwise.

But none of these women raised the hackles of no less than F.B.I. Director J. Edgar Hoover quite like Inga Arvad.

Hoover had it in for the Kennedy family as far back as prohibition in the 1920s, when rumors began circulating that Joe Kennedy was making a small fortune selling illicit alcohol. And when Hoover heard that this suspected former bootlegger’s son was seeing Inga Arvad — then a Danish journalist who had been familiar with Adolf Hitler and was a suspected Nazi spy — he put agents on the case. 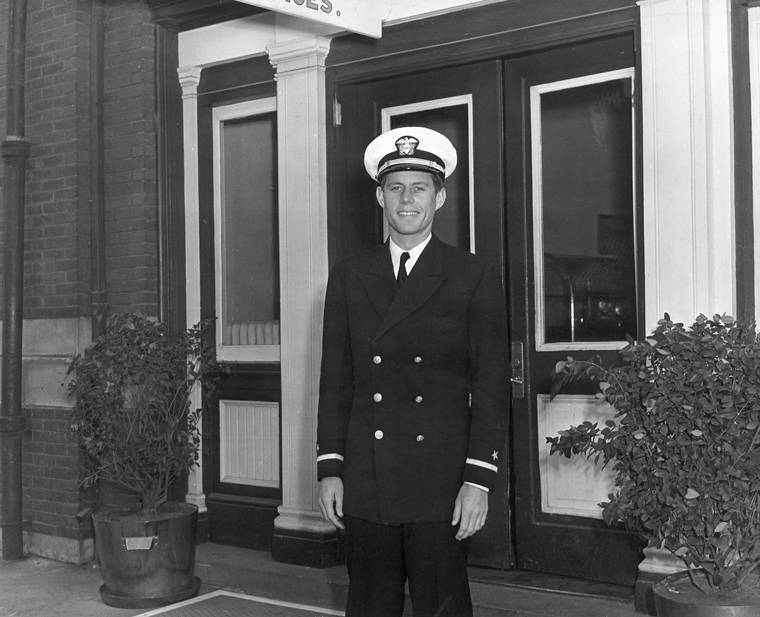 On January 17, 1942, F.B.I. Assistant Director Milton Ladd reported to Hoover that there was nothing yet substantial to the rumors that Arvad was, in fact, a Nazi agent. But her F.B.I. was still 1,200 pages long and when it came to the suspicions that she was a Nazi spy, Inga Arvad was her own worst enemy.

In 1935, Arvad was married to the Hungarian film director Paul Fejos. He had cast her in the lead of one film that had flopped and she was ready to abandon acting for journalism.

Through Nazi political and military leader Hermann Göring, on whom she had written a story, she was invited to a party that Hitler was throwing. She captivated him with what he described as her “perfect Nordic beauty.”

Not long afterward, the smitten Hitler granted her two, some say three, interviews, had her over for lunch, and the two were photographed laughing together.

“You immediately like him,” she wrote in one profile. “He seems lonely. The eyes, showing a kind heart, stare right at you. They sparkle with force.”

Around this same time, Hitler had Arvad as his guest in his private box at the 1936 Summer Olympics in Berlin, which attracted the attention of the intelligence community in the U.S. and fueled rumors that Arvad was working for the Nazis. 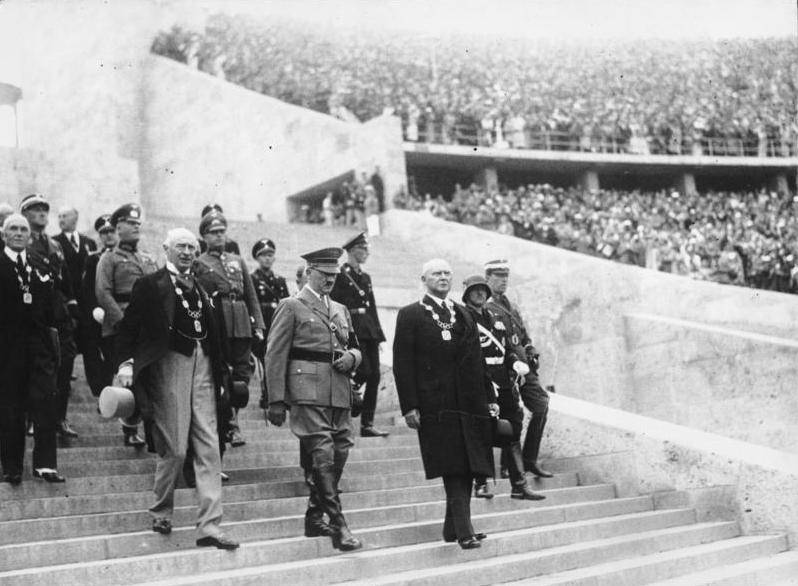 German Federal Archives/Wikimedia CommonsAdolf Hitler and associates enter the stadium at the outset of the 1936 Summer Olympics in Berlin.

When she immigrated to New York a few years afterward, in 1940, Arvad used her interviews and photos with Hitler to help find work with American papers. But after the bombing of Pearl Harbor on December 7, 1941 and America’s entrance into World War II, Arvad’s move looked even less wise than it already had been. Nevertheless, Hoover’s agents weren’t sure that the interviews with Hitler proved that Arvad was any kind of spy.

However, also suspicious was Arvad’s now former husband’s association with Axel Wenner-Gren, rumored to be a major financier of the Nazi Party. This also has never been proven, although Wenner-Gren was friends with Göring and the known Nazi sympathizer and recently abdicated King of England, Edward VIII.

But these connections and even Inga Arvad’s own connections with Adolf Hitler himself aside, perhaps the biggest source behind the persistent stories that Arvad was a spy may have come from a surprising source: a fellow journalist at the Washington Times-Herald, Kathleen Kennedy, Jack’s younger sister.

Whether it was through Kathleen that Arvad met Jack isn’t entirely clear but after they did meet, they soon began dating and even considered marriage, with Kennedy taking preliminary measures to have Arvad convert to Catholicism and have her two earlier marriages annulled.

While Arvad and Kennedy were falling for each other, Kathleen began looking into Arvad’s background and quickly found photos of her with Hitler at the Berlin Olympics.

These photos then got to Eleanor Patterson, publisher of the Times-Herald, who made it clear that Arvad could not work for the paper until any suspicions about her links with the Nazis were laid to rest. Patterson even recommended that she accompany her assistant editor, Frank Waldrop, to the offices of the F.B.I., where she could make a statement.

But the F.B.I. wasn’t particularly interested in a mere statement. What mattered most to them was that, since arriving in Washington only recently, Inga Arvad had made a lot of friends in high places. And agents surveilling her had reported that several naval officers were regular visitors to her apartment and one, unnamed, had told friends he was engaged to her.

It looked like a classic honey trap, and Hoover ordered that her phones be tapped.

One particular phone conversation between Arvad and Kennedy was later published in From the Secret Files of J. Edgar Hoover. While there are no major revelations in it, the agents listening in probably pricked their ears up at this exchange:

Arvad tells Kennedy that her husband knew every word that he (Kennedy) said to his own father. Kennedy asks what that means and Arvad responds: “Somebody who knows your family well and also knows my husband but I don’t know who it is. The person had known you since you were a child.”

While we don’t know exactly how damning that exchange is, it should have been enough for Kennedy to put a stop to things. Even if Arvad was joking about being connected to people who were spying on Kennedy and his father, Kennedy might have done well to sever all ties to her.

Soon, Kennedy’s superiors in the Navy, fearing that Arvad was looking for naval secrets, decided to sever those ties themselves and transferred Kennedy to South Carolina in January 1942. And with that, the relationship ended. 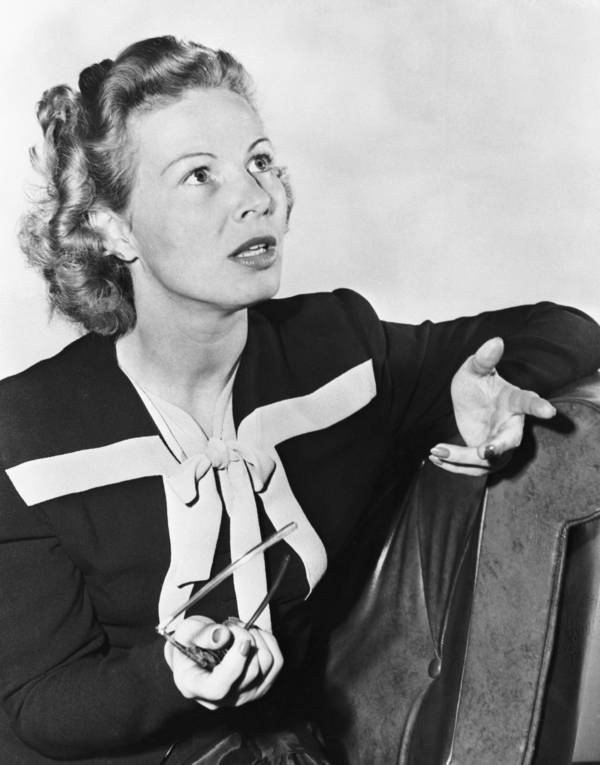 Bettmann/Contributor/Getty ImagesInga Arvad announces the end of her engagement to Robert Boothby in Los Angeles on June 9, 1945.

But this wasn’t Inga Arvad’s last relationship with a powerful man.

As the war was coming to an end, Arvad became engaged to Robert Boothby, a British member of Parliament. But this time, perhaps having learned her lesson the first time around, Arvad broke off the engagement herself in fear that Hitler’s comments about her being a “perfect Nordic beauty” all those years earlier might hurt Boothby’s political career.

After Boothby, Arvad married actor Tim McCoy, with whom she had two children and lived out the rest of her life in relative quiet before dying of cancer in 1973.

After this look at Inga Arvad, discover some other Kennedy family facts that they wish had stayed hidden. Then, check out the recent revelations about Hitler’s sex life that’ll surprise even history buffs.