“If Juan had been home that night, he might be on death row right now,” said Juan Catalan's lawyer Todd Melnik. 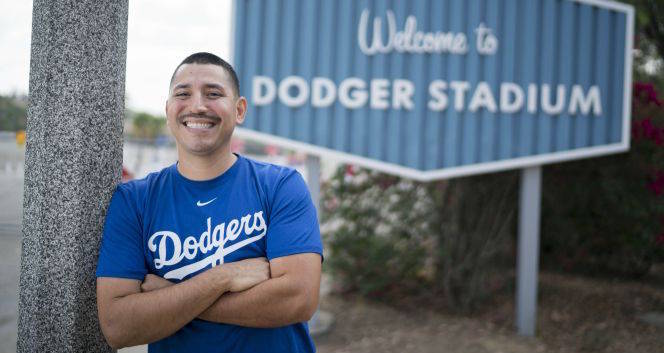 Fourteen years ago, Juan Catalan, now 39, was almost convicted of murder before unused footage from an episode of Curb Your Enthusiasm proved that he had an ironclad alibi. Now he is the subject of a new Netflix original documentary called Long Shot, which features an interview with the show’s creator and star Larry David.

Puebla had recently testified against Catalan’s brother Mario, who was convicted of being an accessory to a gangland murder.

At the time, authorities believed that Catalan had killed Puebla in retaliation for cooperating with the police.

An eyewitness even identified Catalan as the killer. 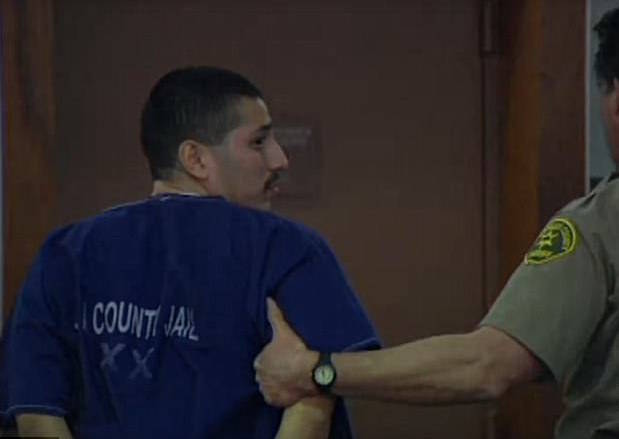 NetflixJuan Catalan being led from court back to jail.

“I felt like I was being framed,” Catalan said. Puebla was killed in an execution-style murder three months earlier.

Catalan maintained that at the time of the murder he had been 20 miles away at Dodger Stadium watching Los Angeles play the Atlanta Braves.

“I wasn’t supposed to be at that game,” Catalan recalled, referring to how he had received the tickets from a customer at the last minute, “It gives me chills to think about.”

Despite producing ticket stubs, investigators didn’t believe his story. His lawyer Todd Melnik frantically searched security camera footage from the stadium to corroborate Catalan’s account, but was unable to find images of his client.

Then, Catalan remembered that he had seen a film crew shooting at the game he attended. Melnik eventually found out the filming was for an episode of Curb Your Enthusiasm called “The Carpool Lane,” in which Larry picks up a hooker so he can use the carpool lane en route to Dodger Stadium.

“I had never even heard of Larry David or Curb Your Enthusiasm,” said Catalan.

After receiving footage from the producers Melnik poured through footage until he spotted Catalan and his young daughter Melissa returning to their seats from a concession stand. But even this wasn’t enough for the prosecutor to dismiss the charges, with the district attorney arguing that he could have left the stadium and driven 20 miles to the location of the murder in the hour between the filming and the killing.

Finally, cell phone records from the day indicated that Catalan had received a call from his wife while at the stadium just 10 minutes before the murder. His phone pinged a nearby tower, which also proved Catalan was at the stadium around the time of the murder. 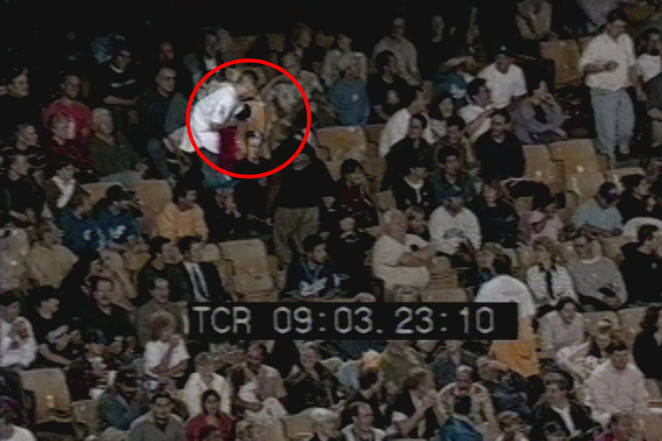 NetflixFootage of Juan Catalan at the May 12, 2003 Dodgers game.

“If Juan had been home that night, he might be on death row right now,” stated Melnik.

After five months of sitting in jail awaiting trial, Catalan finally left and was reunited with his family.

“I felt like the weight of the world [was] off my shoulders. I broke down,” Catalan said.

In 2007, Catalan received a $320,000 settlement in his civil lawsuit against the LAPD and the city of Los Angeles for false imprisonment, misconduct and defamation.

Catalan has also become a big fan of the show.

“That show is hilarious,” he said. “‘The Carpool Lane’ is obviously my favorite episode.”

Next, read about how this man was still sent to prison even though a jury found him not guilty of a crime. Then, learn about the NYPD officer who murdered eight people for the Mafia, and recently died in prison.