23 Of The Ugliest Skeletons In The Kennedy Family Closet

Uncover the dark side of "America's royal family" with these facts about the Kennedy family. 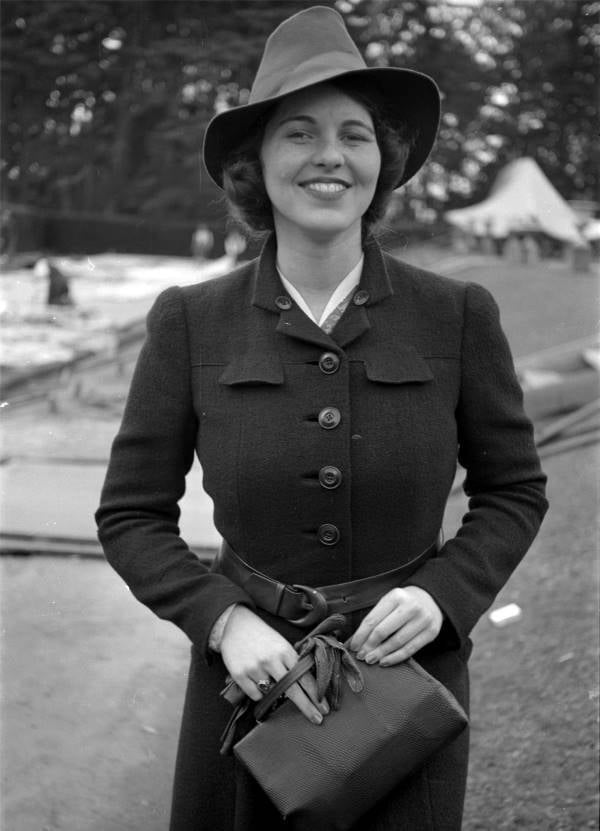 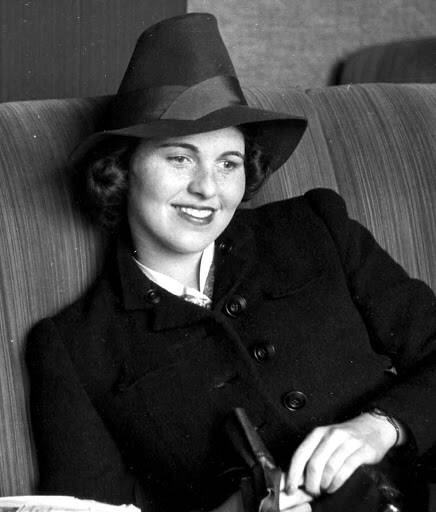 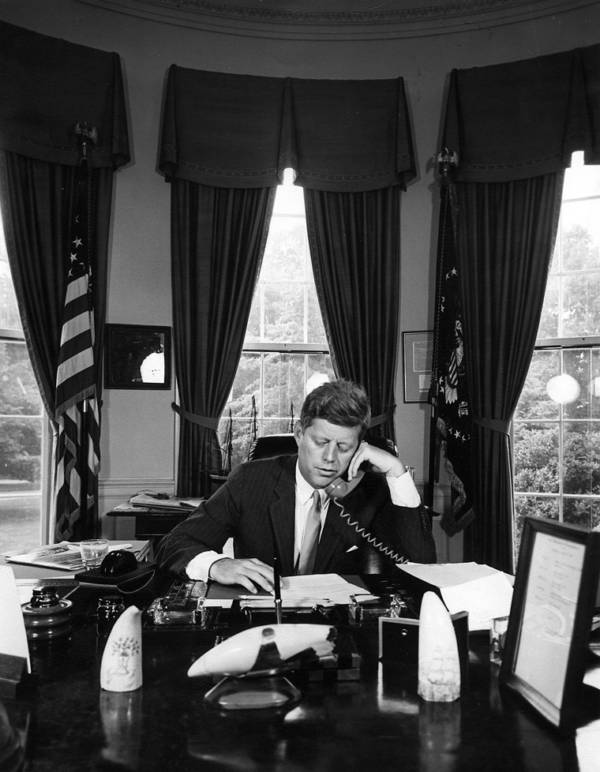 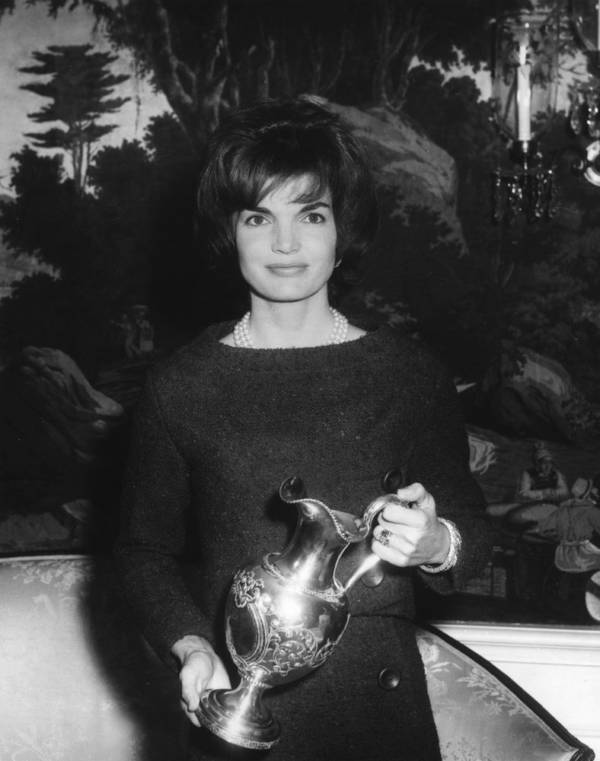 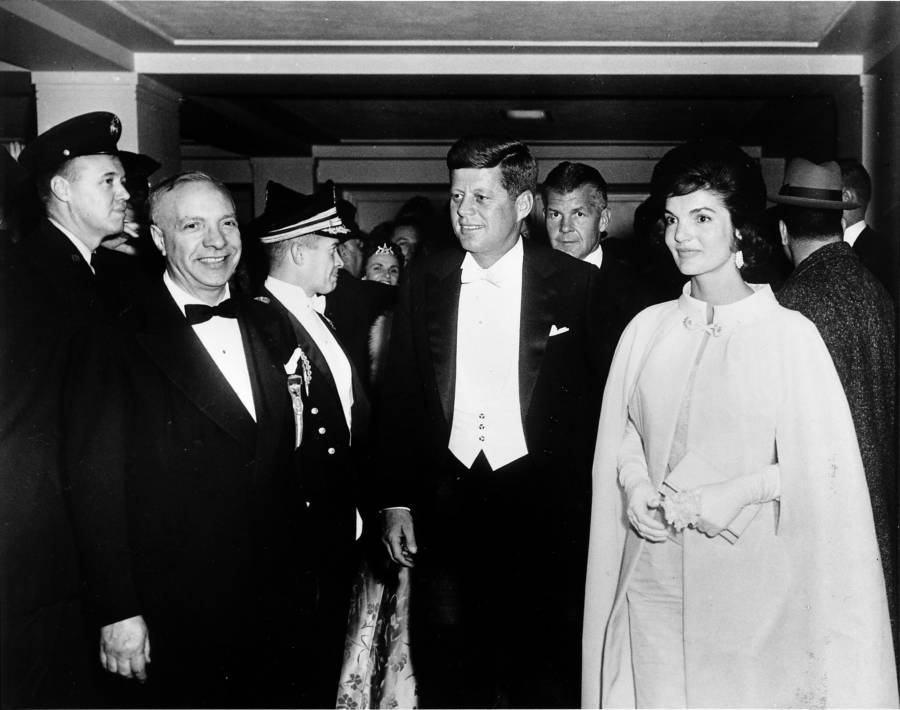 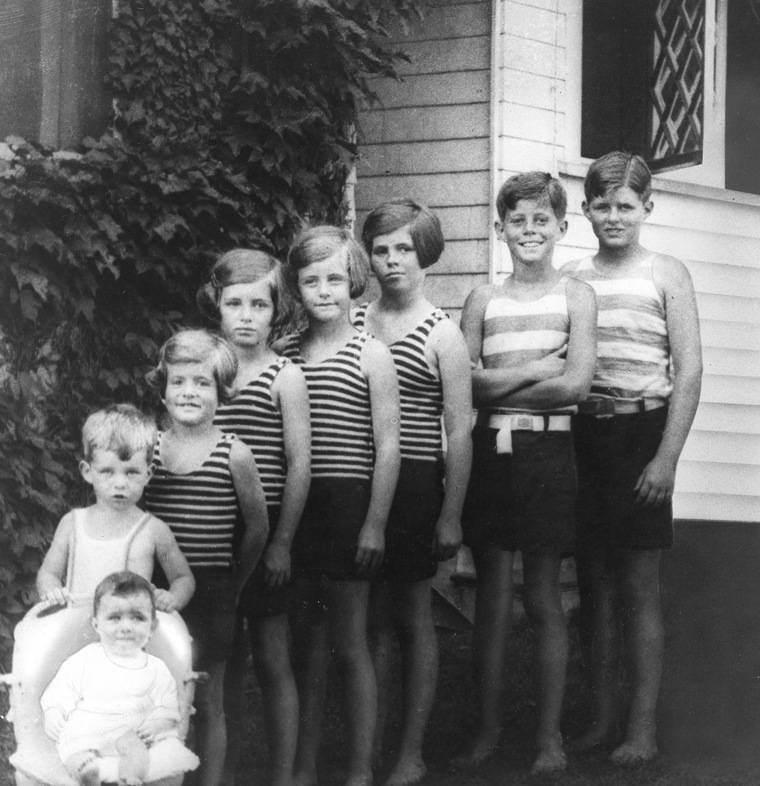 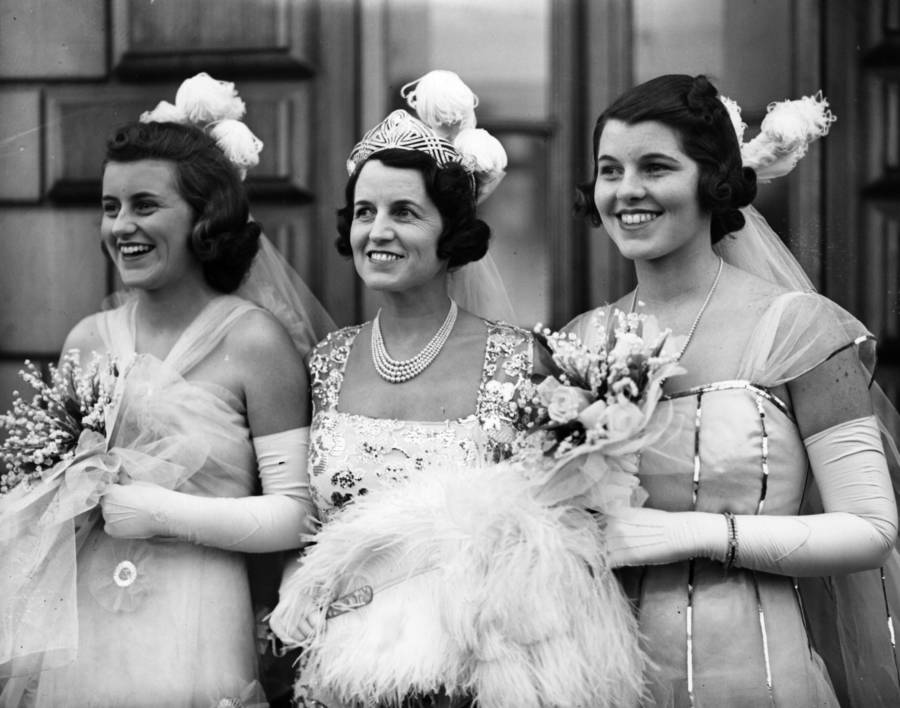 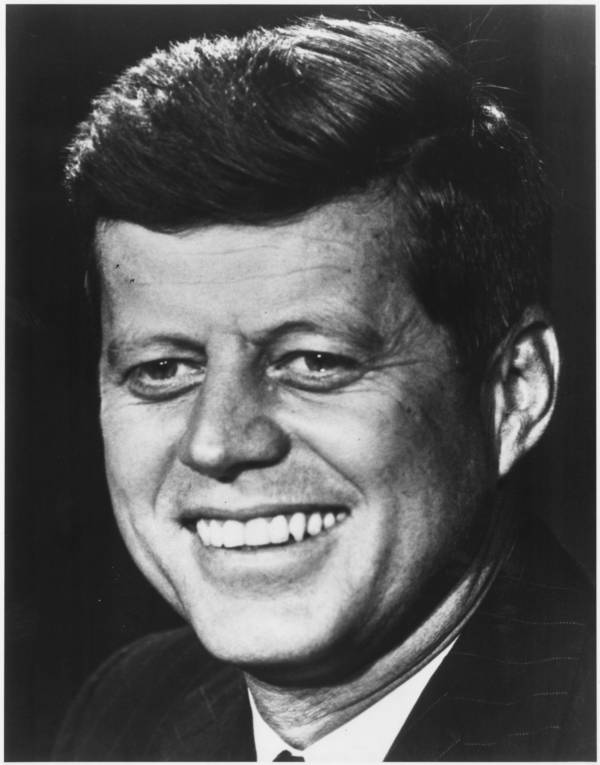 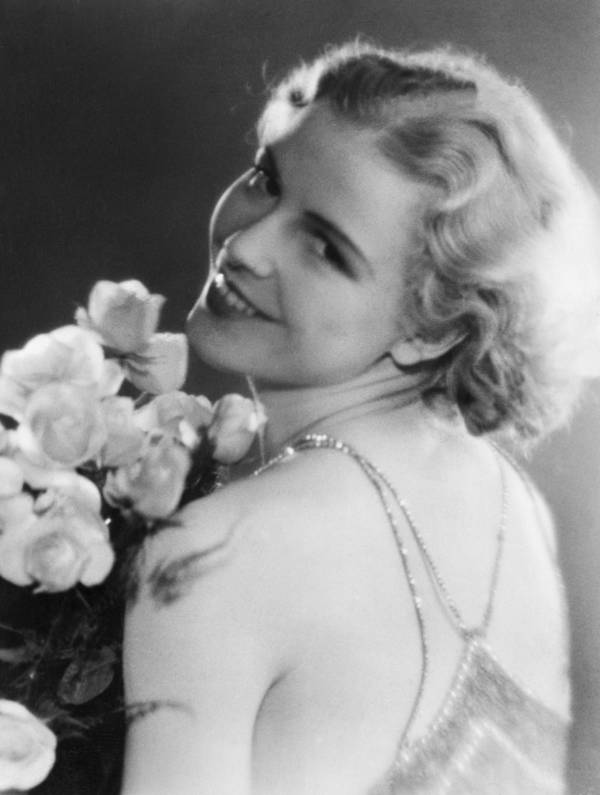 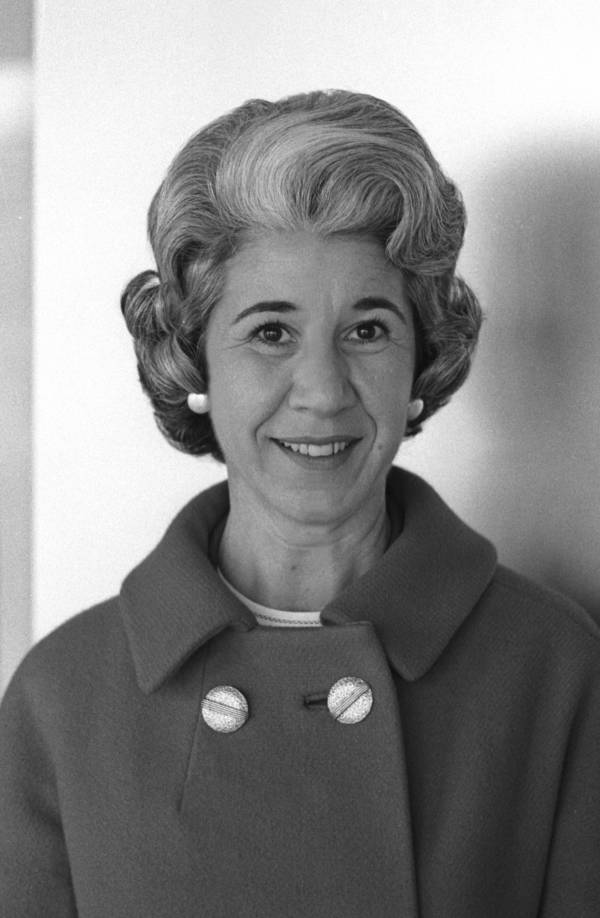 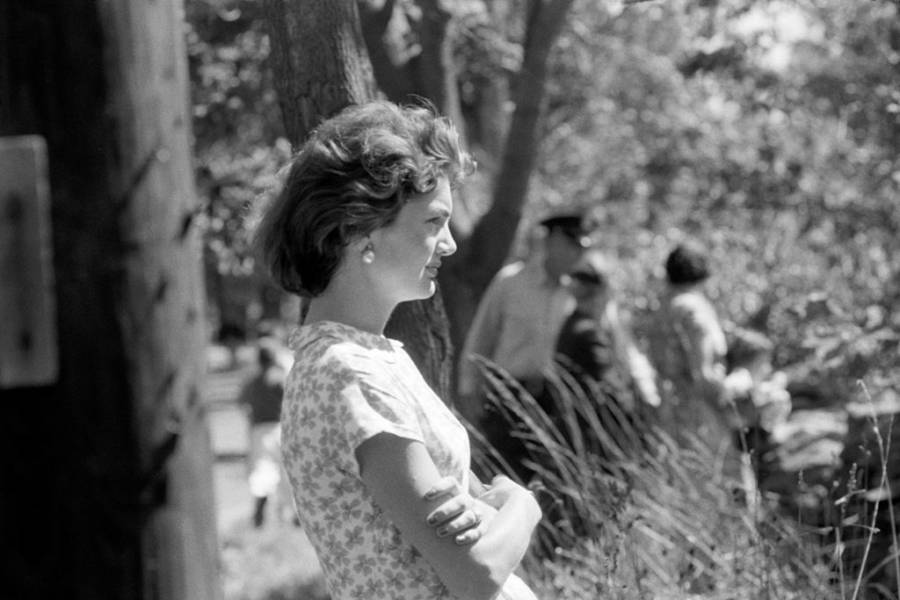 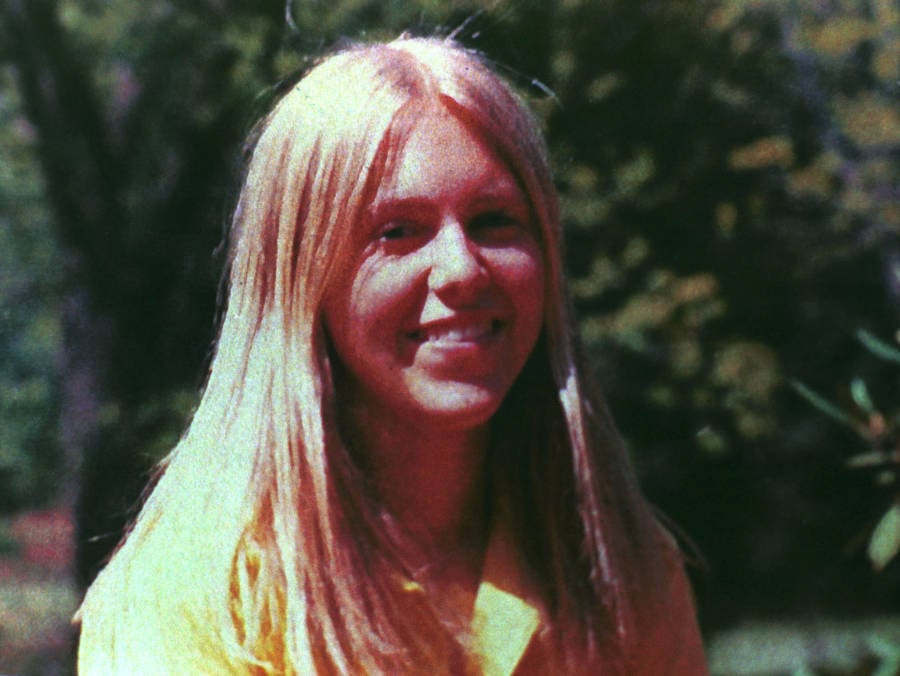 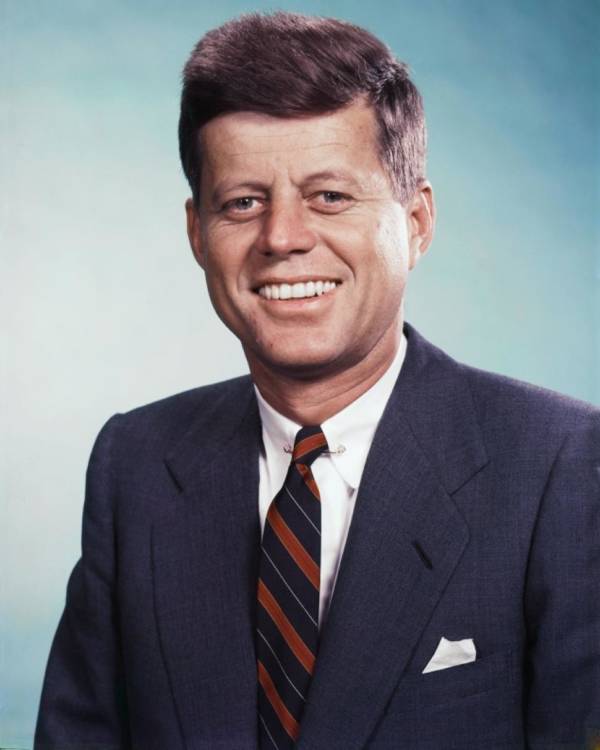 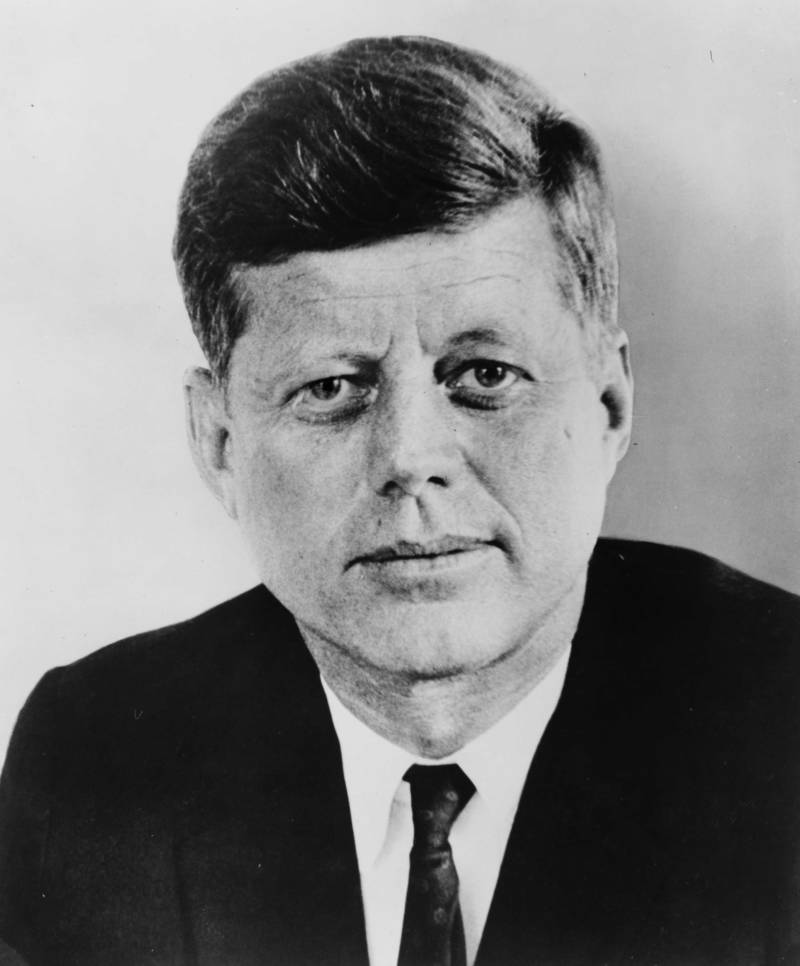 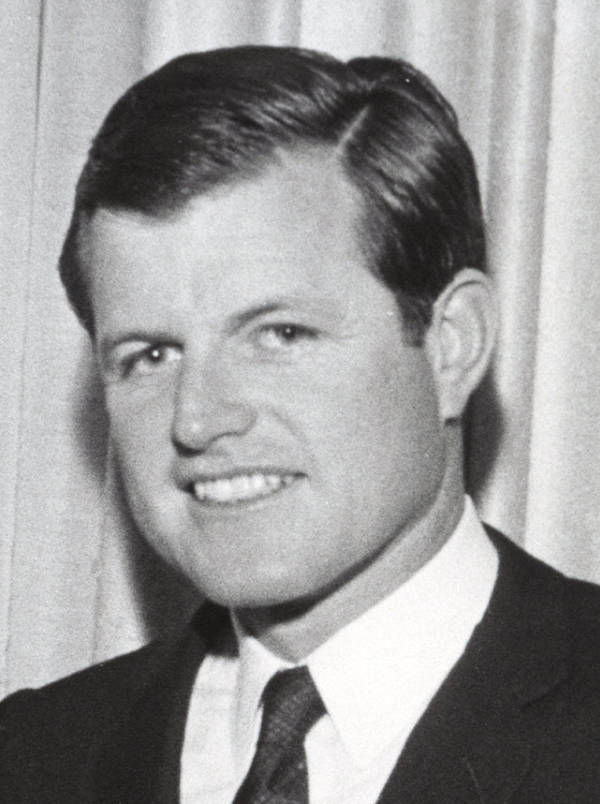 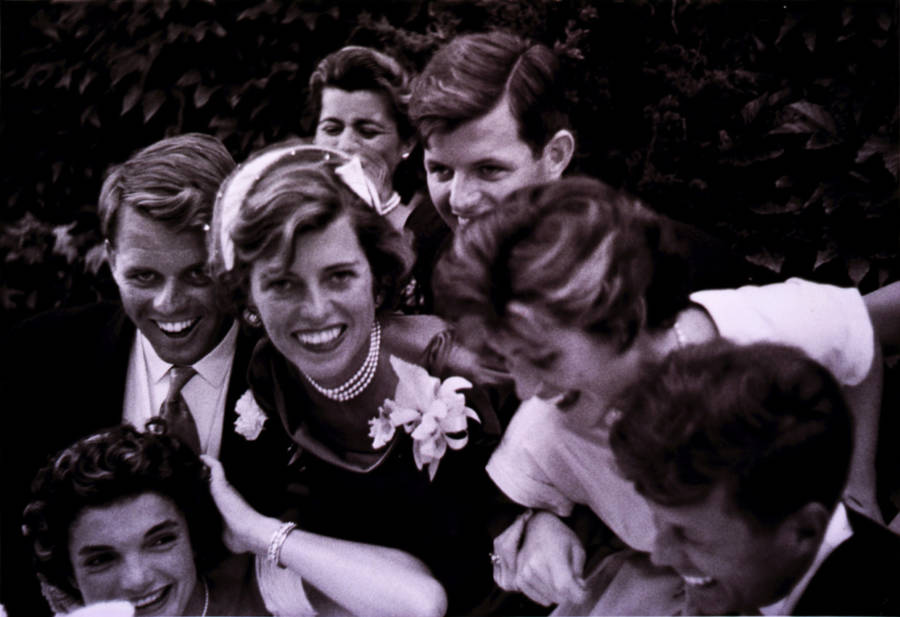 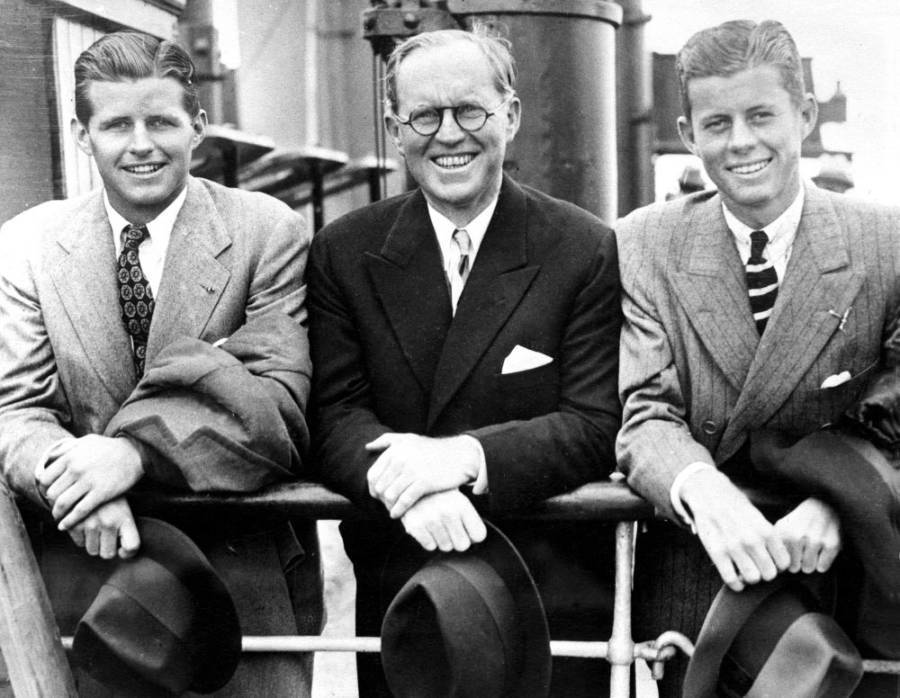 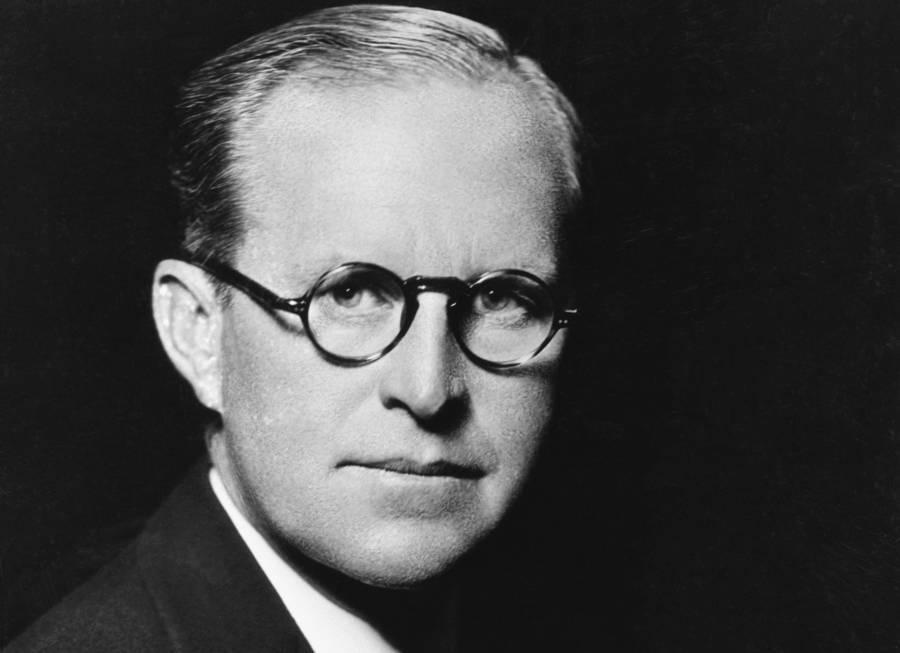 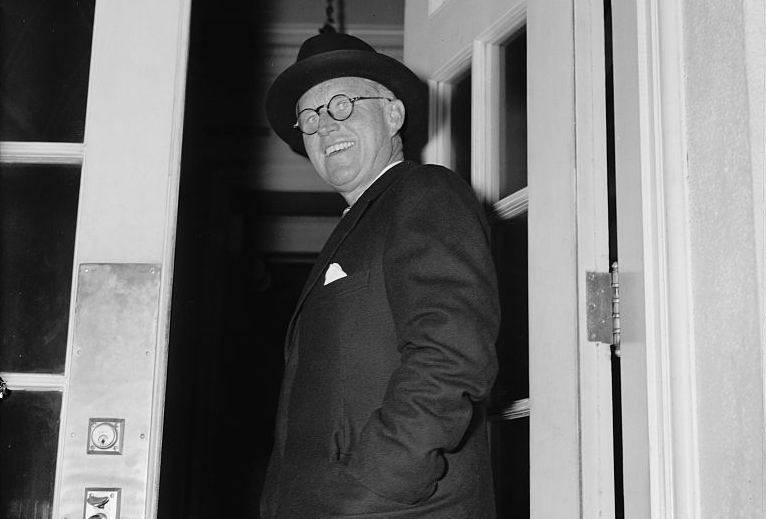 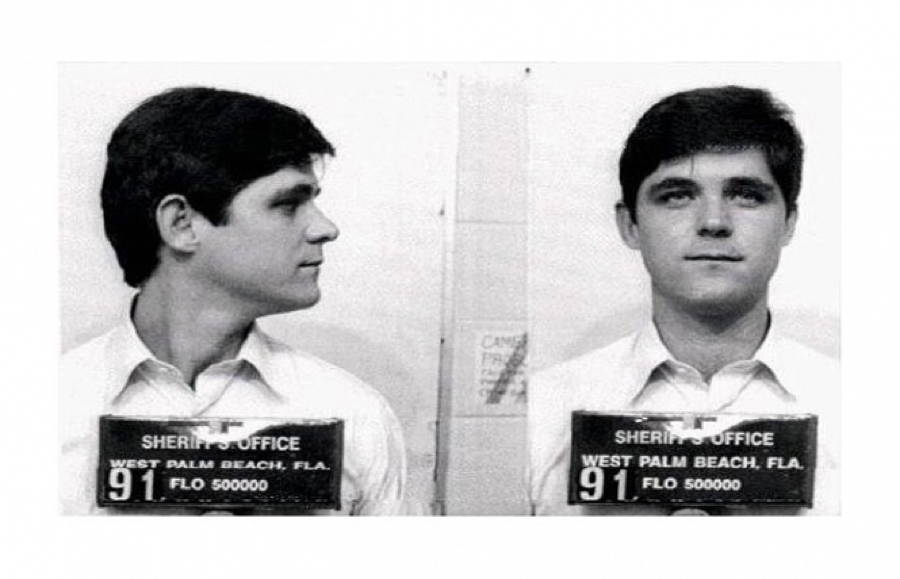 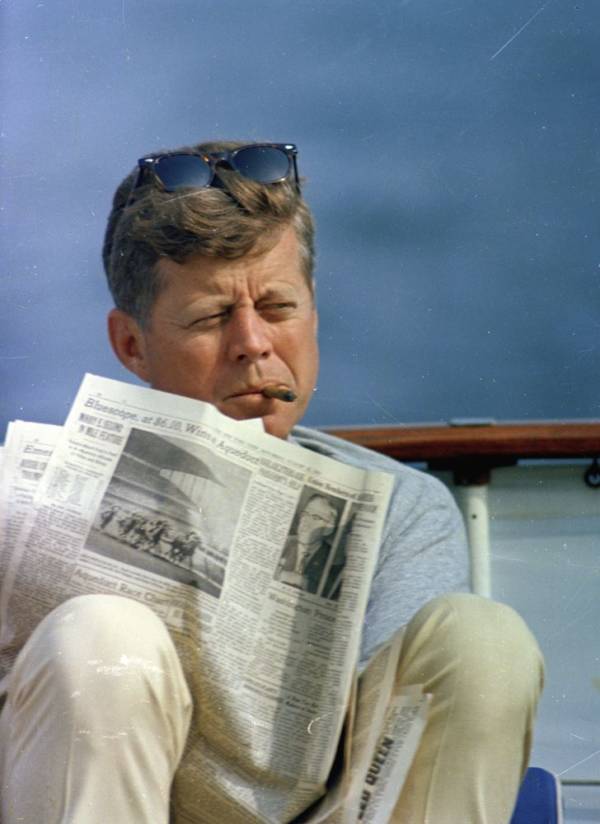 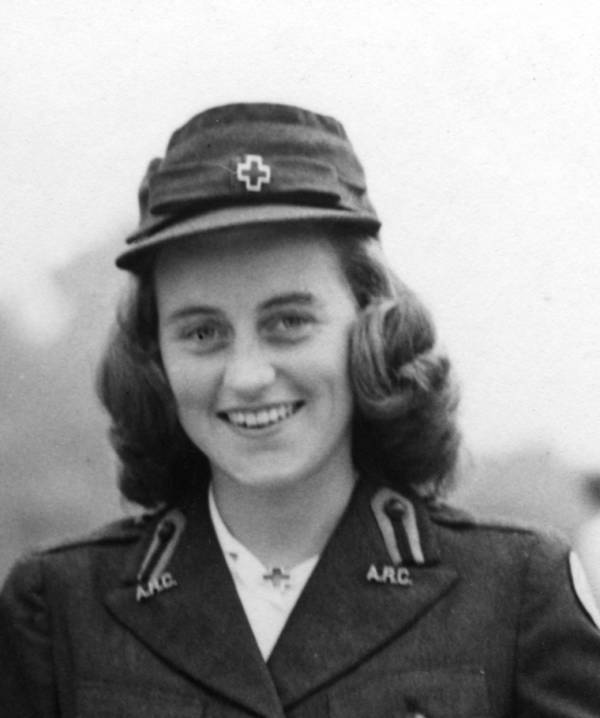 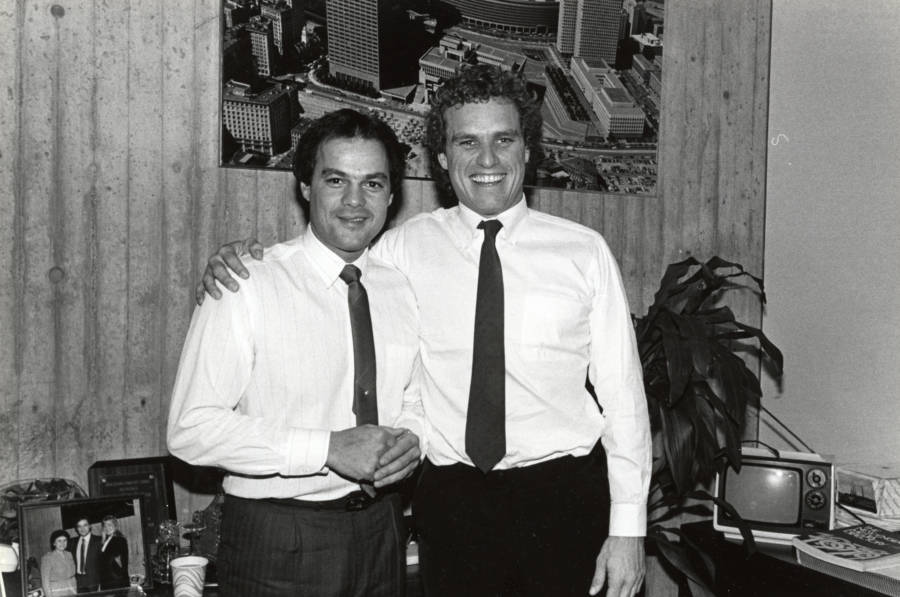 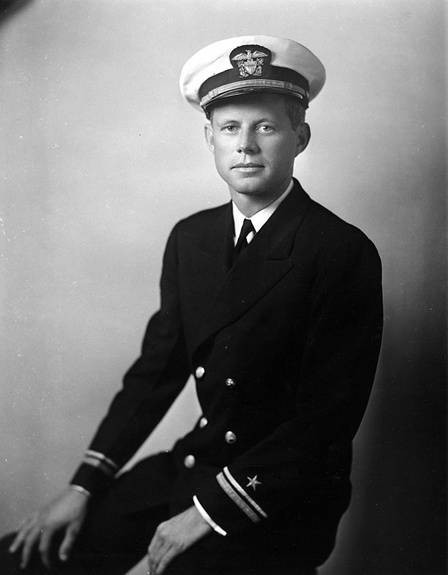 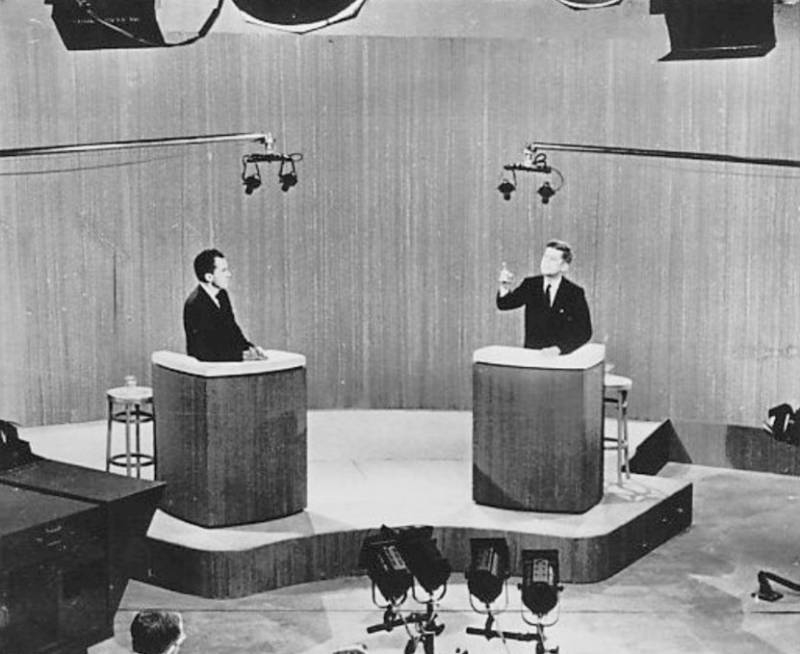 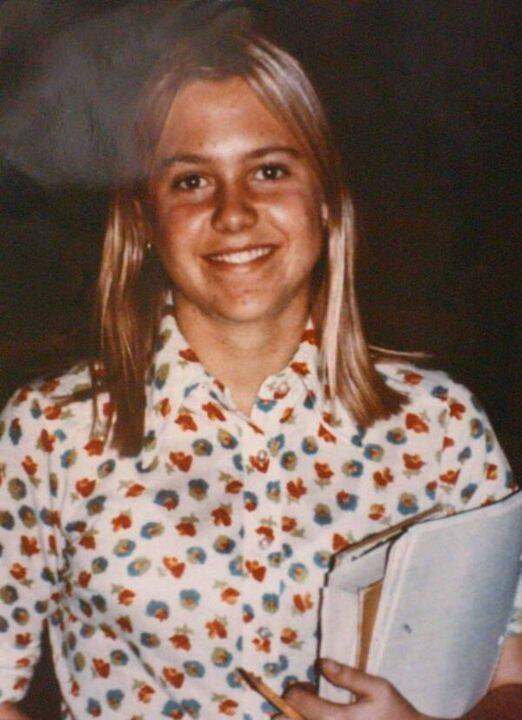 1 of 27
1DB82FED KFC1054N Rose Kennedy. Copyright John F. Kennedy Library Foundation found in the John F. Kennedy Presidential Library and Museum, Boston. Scanned from the original 1" x 1 1/2" nitrate negative. Scanned by CTR on DAMS 2B. Copyright John F. Kennedy Library Foundation Credit: JFK Library Foundation KFC1054N
2 of 27
3 of 27
While John F. Kennedy was still a senator, Jackie paid a surprise visit to his office and caught him receiving oral sex at his desk from a temp named Peggy Ashe, according to a recent unauthorized biography of the former first lady.Wikimedia Commons
4 of 27
Following that incident, a furious Jackie met with her father-in-law, who offered her $1 million to keep things quiet and stay in the marriage, thus not harming John's presidential chances. Jackie responded that she'd want $20 million if John “brings home any venereal disease from any of his sluts.”John F. Kennedy Presidential Library and Museum
5 of 27
After one particularly ugly fight between Jackie and John over his infidelities, he had her briefly sent to a psychiatric clinic in Massachusetts, where she received electroshock therapy, which she called "the nightmare ride of my life," according to one recent biography.Wikimedia Commons
6 of 27
When John F. Kennedy's mother, Rose, was giving birth to her daughter, Rosemary (third from right), the doctor wasn't available right away. The attending nurse instructed Rose to keep her legs closed and the baby inside until the doctor arrived. Rosemary's head stayed inside the birth canal for two hours, depriving her of oxygen and leaving her mentally disabled for life.John F. Kennedy Presidential Library and Museum
7 of 27
In 1941, following years of seizures and violent outbursts, Kennedy patriarch Joseph took the 23-year-old Rosemary (right) to have a lobotomy. She was never the same again. She lost the use of one arm and one of her legs, her speech became largely unintelligible, and she had "the mental capacity of a two-year-old." Her family abandoned her and kept her shuttered away in institutions for the rest of her life.Keystone/Getty Images
8 of 27
In 1963, President Kennedy had an affair with an East German woman named Ellen Rometsch, who may have been a communist spy.Wikimedia Commons
9 of 27
Two decades earlier, during World War II, Navy Ensign John F. Kennedy had an affair with a married woman named Inga Arvad (pictured), who the F.B.I. had under surveillance on suspicion of being a Nazi spy. F.B.I. Director J. Edgar Hoover feared that Arvad, who Adolf Hitler himself had tried to woo on several occasions, was trying to extract sensitive information from Kennedy.Bettmann/Getty Images
10 of 27
President Kennedy's infidelities were so frequent that Jackie Kennedy would often ask her personal secretary, Mary Gallagher (pictured), to call her husband's secretary in order to find out whether or not "his schedule permitted spending the evening with him."Ron Galella/WireImage vi Getty Images
11 of 27
Jackie Kennedy suffered through depression and even suicidal thoughts following the loss of two children. In 1956, she birthed a stillborn baby (Arabella) and in 1963, she lost the prematurely-born Patrick after just two days. Both babies are buried at Virginia's Arlington National Cemetery near their father.Wikimedia Commons
12 of 27
Michael Skakel, a nephew of Robert F. Kennedy's widow, Ethel Skakel Kennedy, was convicted in the 1975 murder of 15-year-old Martha Moxley (pictured) in Greenwich, Connecticut. She was found bludgeoned and stabbed to death with a golf club in her own backyard. One trial witness quoted Skakel as saying, "I'm going to get away with murder. I'm a Kennedy."Erik Freeland/Corbis via Getty Images
13 of 27
1964 interview recordings with Jackie Kennedy released for the first time in 2011 revealed that her husband used amphetamines and that she once did too, on the night of the inaugural ball and that it "did its trick."Wikimedia Commons
14 of 27
In addition to amphetamines, President Kennedy also used anabolic steroids for his Addison's disease, which was just one of countless health problems kept secret from the public, including colitis, osteoporosis, crippling back pain, urinary infections, skin infections, respiratory infections, and chronic diarrhea. He treated all of these conditions with a constant stream of dozens of drugs — and the public never knew. If media scrutiny had been as intense in Kennedy's era, The New York Times wrote in 2002, he "almost certainly could never have become president."Wikimedia Commons
15 of 27
In 1969, Senator Ted Kennedy killed 28-year-old campaign worker Mary Jo Kopechne after driving his car off of a bridge on Chappaquiddick Island, Massachusetts. He swam free, and despite claiming that he dove underwater in several attempts to save her, he didn’t report the accident for 10 hours. He received only a two-month suspended sentence for his part in her death.Wikimedia Commons
16 of 27
The diary of Jackie Kennedy (bottom left) from her early days with the Kennedy family paint a disturbing portrait of her relationship with her future husband's brothers. "Bobby [top leftt] seems to show more romantic interest in me than Jack does, and Teddy lusts after me like a lovesick puppy dog,” she wrote. “So far I have avoided being alone with Bobby. I think if I went out alone on a boat with him, he’d rape me.”Wikimedia Commons
17 of 27
John F. Kennedy's brother, Joseph Jr. (left), wrote a letter to his father (center) in 1934 stating that the Nazis' “dislike” of the Jews “well-founded,” and his father replied that he was “very pleased and gratified at your observations of the German situation.”

The father also told an aide, Harvey Klemmer, that “Individual Jews are alright, Harvey, but as a race they stink. They spoil everything they touch."John F. Kennedy Presidential Library and Museum
18 of 27
Joseph Kennedy Sr. once told German Ambassador to Great Britain Herbert von Dirksen that, in the latter's words, it “was not so much the fact that [the Germans] wanted to get rid of the Jews that was so harmful to [the Germans], but rather the loud clamor with which [the Germans] accompanied the purpose.”

In an interview with a Boston newspaper in May 1944, as the Holocaust was decimating Europe's Jewish populations, Kennedy said, "If the Jews themselves would pay less attention to advertising their racial problem, and more attention to solving it, the whole thing would recede into its proper perspective. It’s entirely out of focus now, and that is chiefly their fault.”Bettmann/Getty Images
19 of 27
The Kennedy patriarch, serving as U.S. Ambassador to Great Britain, also advocated for an appeasement policy with Hitler and the Nazis before and during World War II. He called for a plan to relocate Europe's Jews and even tried to arrange a secret meeting with Hitler, without informing the State Department.Harris & Ewing/Library of Congress
20 of 27
John F. Kennedy's nephew, William Kennedy Smith (pictured), allegedly raped a young woman in Palm Beach, Florida in 1991 — and had family investigator intimidate a witness. He claimed that the sex was consensual, however, similar allegations have cast further doubt on Smith's character, with several women accusing Smith of sexual assault between the 1980s and the 2000s.West Palm Beach Sheriff's Office
21 of 27
During one especially crazy night of partying in December 1962 at the California home of entertainer Bing Crosby, President Kennedy and his entourage engaged in such "drunken debauchery" in the pool that the state policemen guarding the house out front thought the "wild cries coming from the pool might be an invasion of coyotes."John F. Kennedy Presidential Library and Museum
22 of 27
Kathleen Kennedy (pictured), John's sister, was shunned by her Catholic family, all because she had married a Protestant man. Only her brother Joe attended her wedding, and after she died at the age of 28, her father was the only family member to attend her funeral.John F. Kennedy Presidential Library and Museum
23 of 27
In 1973, Robert F. Kennedy's eldest son, Joseph P. Kennedy II (pictured on the right), paralyzed a woman named Pam Kelley after crashing the car that the two were riding in. Kennedy was cited for driving recklessly but fined just $100 for his part in the ordeal.City of Boston Archives/Flickr
24 of 27
When John F. Kennedy failed his Navy physical, his father used his connections to obtain a falsified certificate of good health from a trusted family doctor.John F. Kennedy Presidential Library and Museum
25 of 27
Copious evidence suggests that the Kennedy family stole the 1960 presidential election. In Texas, some counties saw more "votes" for Kennedy than there were actual voters in those counties. In Illinois, deceased citizens "voted" for Kennedy in a case of "such gross and palpable fraud as to justify the conclusion that [Nixon] was deprived of victory," wrote the Chicago Tribune.

In the aftermath, several people brought the matter before the courts, only to be shot down by pro-Democrat judges. "Finally, in 1962," The Washington Post wrote, "an election judge confessed to witnessing vote tampering in Chicago's 28th ward, three precinct workers pled guilty and served short jail terms."Wikimedia Commons
26 of 27
27 of 27 Today, nearly eight decades after they first entered politics, the Kennedys remain one of the most fascinating and captivating families in American history. And as much as they made their mark in the world of politics, it's perhaps their personal lives that continue to fascinate and captivate us most to this day.

Whether it's the impossibly glamorous pairing of John and Jackie or the rags-to-riches story of his father Joe, the Kennedys' storybook lives have dazzled Americans for decades.

But though they lived the life of affluence, privilege, and status, the Kennedys have of course suffered more than their fair share of calamity, due to both their own misdeeds and tragic circumstances beyond their control. Given the many accidental deaths, suicides, murders, and assassinations that this one family has endured, it's easy to see why the phrase "the Kennedy curse" is part of the American lexicon.

At the same time, much of the tragedy that follows this family has sprung from their own misconduct. Many of the Kennedy men, for example, have been responsible for the serious injuries and deaths of the women in their lives. There's the brutal murder of 15-year-old Martha Moxley in 1975, the drowning death of Mary Jo Kopechne in 1969, and the crash that left Pam Kelley paralyzed in 1973 — and that's just one six-year period.

Yet despite the fact that the Kennedy men have admitted their involvement in these injuries and deaths, and even been convicted in courts of law, many of these powerful, rich, and entitled figures have faced only minimal consequences for their crimes.

As the Kennedy family nephew who killed Martha Moxley reportedly told one witness, "I'm going to get away with murder. I'm a Kennedy."

And while that nephew did actually get away with murder for more than a quarter of a century, he was finally convicted. Likewise, many of the Kennedy family's deepest, darkest secrets have eventually come to light. See some of the ugliest in the gallery above.

Next, have a look at some of the most haunting Kennedy assassination photos that most people have never seen before. Then, discover the dark-side of patriarch Joseph Kennedy.