After being lobotomized in 1941 at 23 years old, Rosemary Kennedy would spend the rest of her life institutionalized and isolated from her family. 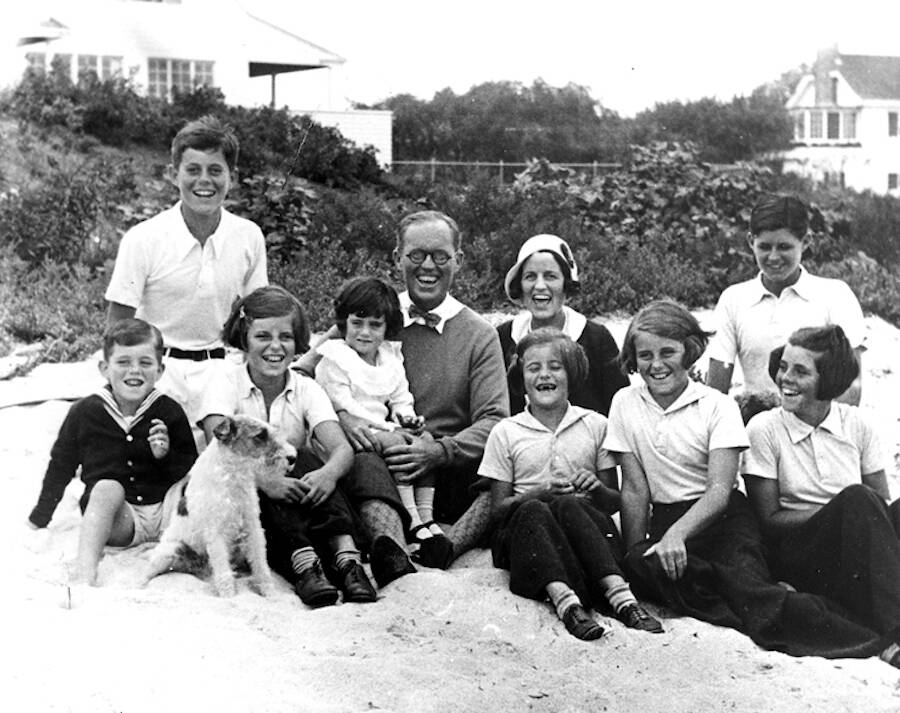 Though John F. Kennedy and his wife Jackie Kennedy might be the most recognizable members of their family, the Kennedys were famous long before John became the president of the United States.

John’s father, Joe Kennedy Sr., was a prominent businessman in Boston and his wife, Rose, was a noted philanthropist and socialite. Together they had nine children, three of whom went into politics. For the most part, they lived their lives in the open, almost like America’s version of a royal family.

But, like every family, they had their secrets. And perhaps one of their darkest secrets was that they had lobotomized their eldest daughter, Rosemary Kennedy — and institutionalized her for decades.

The Early Life Of Rosemary Kennedy 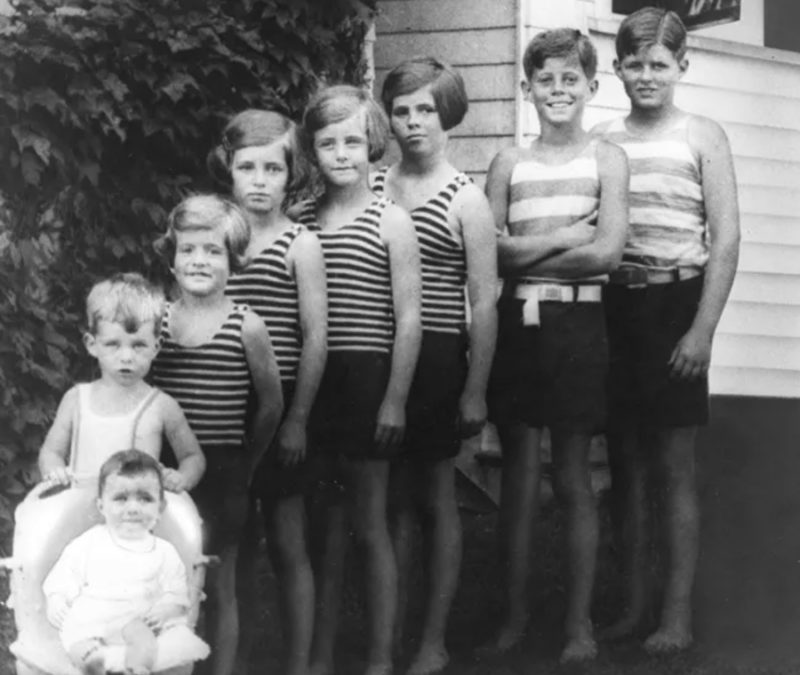 Born on September 13, 1918, in Brookline, Massachusetts, Rosemary Kennedy was the third child of Joe and Rose and the first girl in the family.

During her birth, the obstetrician who was supposed to be delivering her was running late. Not wanting to deliver the baby without a doctor present, the nurse reached up into Rose’s birth canal and held the baby in place.

The actions of the nurse would have serious consequences for Rosemary Kennedy. The lack of oxygen delivered to her brain during her birth caused lasting damage to her brain, resulting in a mental deficiency.

Though she looked like the rest of the Kennedys, with bright eyes and dark hair, her parents realized that she was different right away.

As a child, Rosemary Kennedy was unable to keep up with her siblings, who would often play ball in the yard, or run around the neighborhood. Her lack of inclusion often caused her to experience “fits,” which were later discovered to have been seizures or episodes relating to her mental illness.

However, in the 1920s, mental illness was highly stigmatized. Fearing repercussions if her daughter couldn’t keep up, Rose pulled Rosemary out of school and instead hired a tutor to teach the girl from home. Eventually, she sent her to a boarding school, in lieu of institutionalizing her.

Then, in 1928, Joe was named an ambassador to the Court of St. James in England. The entire family moved across the Atlantic and was soon presented at court to the British public. Despite her intellectual challenges, Rosemary joined the family for the presentation in London.

On the surface, Rosemary was a promising debutante, and she clearly put forth an effort to make her parents proud. According to the National Park Service, Rose once described her as “an affectionate, warmly responsive, and loving girl. She was so willing to try to do her best, so appreciative of attention and compliments, and so hopeful of deserving them.”

Of course, most people did not know the extent of Rosemary’s personal troubles, as the Kennedys had worked hard to keep it all quiet.

Why Rosemary Kennedy Was Lobotomized 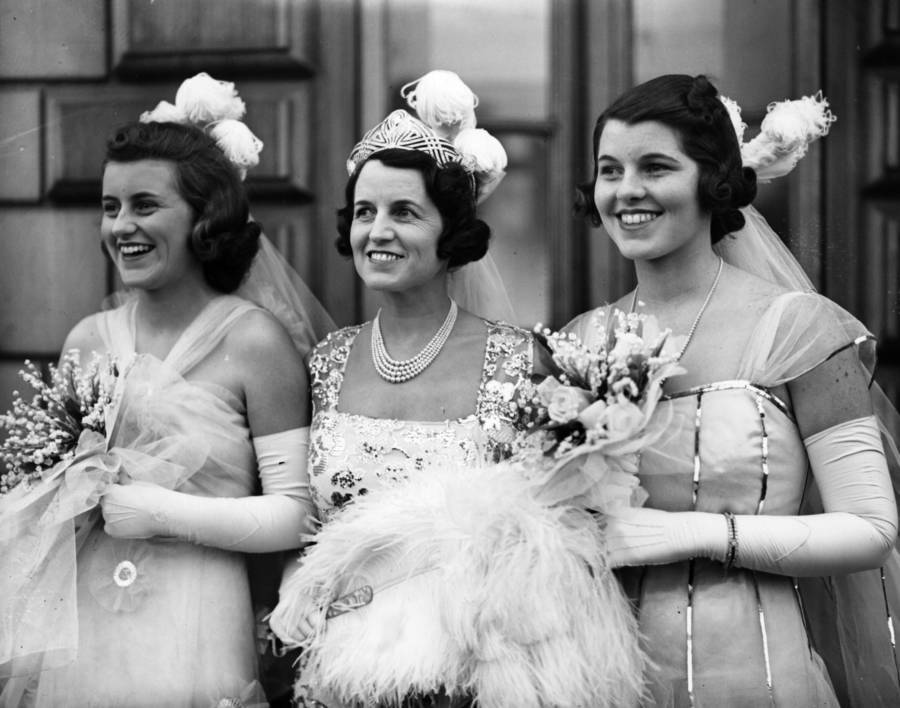 In England, Rosemary gained a sense of normalcy, as she had been placed in a Catholic school run by nuns. With the time and patience to teach Rosemary, they were training her to be a teacher’s aide and she was flourishing under their guidance. Sadly, this situation would not last long.

In 1940, when the Nazis stormed Paris, the Kennedys were forced to move back to the United States, and Rosemary’s education was all but abandoned. Once back stateside, Rose placed Rosemary in a convent, but it reportedly did not have the same positive effect as the school in England.

According to the John F. Kennedy Presidential Library and Museum, Rosemary’s sister Eunice would later write, “Rosemary was not making progress but seemed instead to be going backward.” Eunice continued, “At 22, she was becoming increasingly irritable and difficult.”

She was also reportedly causing trouble for the nuns in the American convent. According to them, Rosemary was caught sneaking out at night to go to bars, where she met strange men and went home with them.

At the same time, Joe was grooming his two oldest boys for careers in politics. Because of this, Rose and Joe worried that Rosemary’s behavior could create a bad reputation not just for herself but for the whole family in the future, and eagerly searched for something that would help her.

Dr. Walter Freeman appeared to have the solution to their problem.

Freeman, along with his associate Dr. James Watts, had been researching a neurological procedure that was said to cure people who were physically and mentally disabled. That operation was the controversial lobotomy.

Despite the ominous stories about the lobotomy, Joe needed no convincing to sign Rosemary up for the procedure, as it seemed like this was the Kennedy family’s last hope for her to be “cured.” Years later, Rose would claim that she had no knowledge of the procedure until it had already happened. No one thought to ask if Rosemary had any thoughts of her own.

The Botched Operation And The Tragic Aftermath 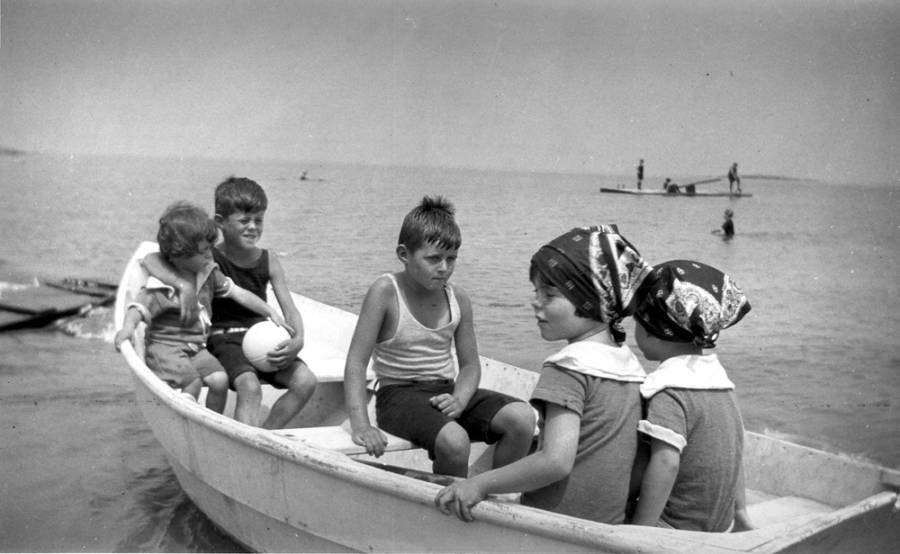 In 1941, when she was 23 years old, Rosemary Kennedy received a lobotomy.

During the procedure, two holes were drilled in her skull, through which small metal spatulas were inserted. The spatulas were used to sever the link between the pre-frontal cortex and the rest of the brain. Though it is not known whether he did so on Rosemary, Dr. Freeman would often insert an icepick through the patient’s eye to sever the link, as well as the spatula.

Throughout the entire operation, Rosemary was awake, actively speaking with her doctors and even reciting poems to her nurses. The medical staff all knew that the procedure was over when she stopped speaking to them.

Immediately after the procedure, the Kennedys realized that something was wrong with their daughter. Not only had the operation failed to cure her intellectual challenges, but it had also left her extremely disabled.

Rosemary Kennedy could no longer speak or walk properly. She was moved to an institution and spent months in physical therapy before she regained normal movement, and even then it was only partially in one arm.

Her family did not visit her for 20 years while she was shuttered away in the institution. It wasn’t until after Joe suffered a massive stroke that Rose went to go see her daughter again. In a panicked rage, Rosemary attacked her mother during their reunion, unable to express herself any other way.

At that point, the Kennedy family realized what they had done to Rosemary. They soon began to champion rights for disabled people in America.

John F. Kennedy would go on to use his presidency to sign the Maternal and Child Health and Mental Retardation Planning Amendment to the Social Security Act. It was the precursor to the Americans with Disabilities Act, which his brother Ted pushed for during his time as a senator.

Eunice Kennedy, John and Rosemary’s younger sister, also founded the Special Olympics in 1962, to champion the achievements and accomplishments of disabled people. As reported by the History Channel, Eunice denied that Rosemary was the direct inspiration for the Special Olympics. Still, it’s believed that witnessing Rosemary’s struggles played a role in Eunice’s determination to improve the lives of those with disabilities.

After being reunited with her family, Rosemary Kennedy lived out the rest of her days in Saint Coletta’s, a residential care facility in Jefferson, Wisconsin, until her death in 2005. She was 86 years old when she died.

After learning about the tragic true story of Rosemary Kennedy and her botched lobotomy, check out these vintage photos of the Kennedy family. Then, go inside the sordid history of the lobotomy procedure.