Despite their fame, power, and glamour, the Kennedy family has suffered a seemingly endless series of tragedies that have been dubbed the "Kennedy Curse." 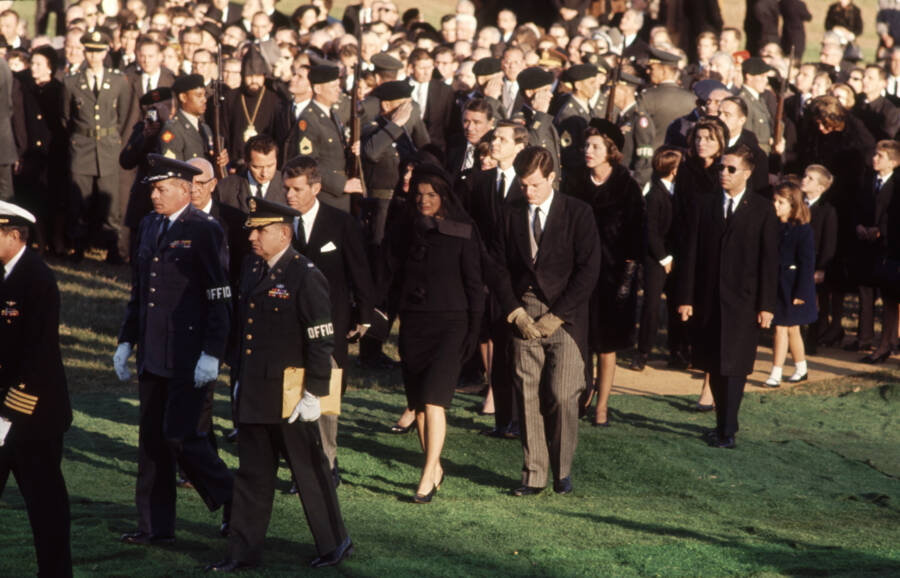 Could there really be a “Kennedy curse” picking off members of America’s most prominent political dynasty one by one?

Throughout the golden years of the Pax Americana, the Kennedy family became synonymous with beauty, glamour, and political success. Cavorting with Hollywood A-listers, charming foreign dignitaries, and facing down the Soviet Union seemed to be all in a day’s work for the family from “Camelot.”

But behind the glitz of this American lineage, you’ll find some of the most devastating events ever to befall a family. From assassinations and mental illnesses to bizarre accidents, these are the tragic stories of the Kennedy curse. 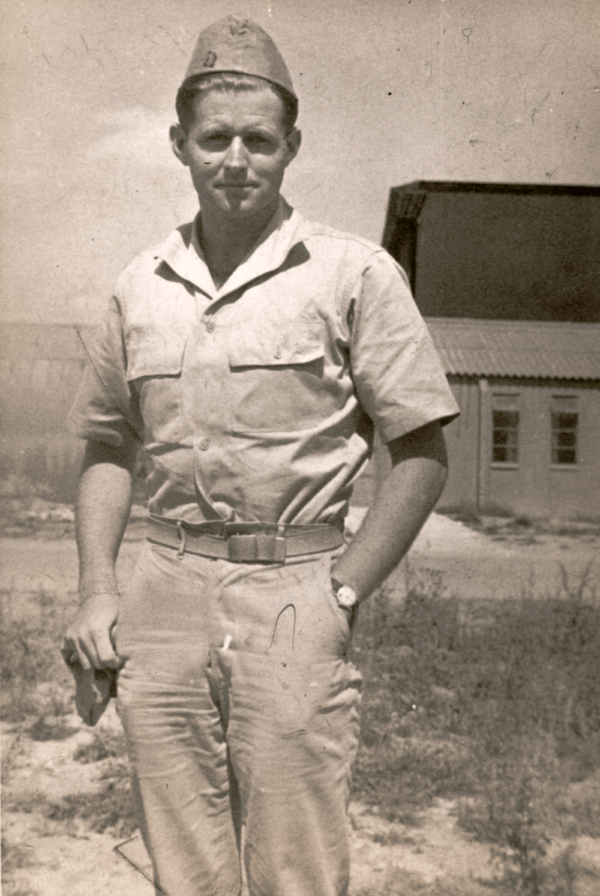 Born in 1915 just after his grandfather’s second term as Mayor of Boston ended, Joseph Jr. was groomed for high office from the beginning. His grandfather even announced to the local papers, “This child is the future president of the nation.”

Stinging from the scorn poured down on ambitious Irish Catholics by New England’s old moneyed class, his family did everything they could to ensure they would someday see young Joseph in the Oval Office.

To that end, Joseph Kennedy, Sr. was so dedicated to the image of his family’s respectability that he’d even had Joseph Jr.’s younger sister, Rosemary, secretly lobotomozied rather than allow her violent mood swings to ruin his son’s chances of success. 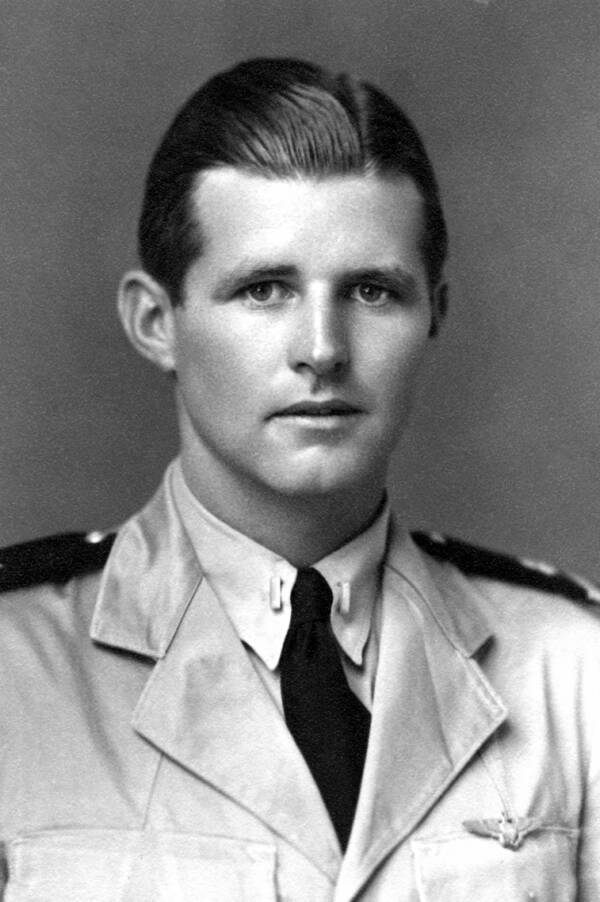 Wikimedia CommonsEnsign Joseph P. Kennedy Jr. in 1942. His father had groomed Joseph for political office from a young age.

Joseph was given a first-rate education, starting at Connecticut’s Choate boarding school and ending at Harvard, where he was involved in over a dozen extracurricular activities — including five sports — and student government.

But before he could finish his studies, Joseph took a commission in 1941 as a pilot in the U.S. Naval Reserve. For two years, he flew patrols over the Caribbean Sea before transferring in 1943 to Bombing Squadron 110, a U.S. unit hunting U-boats under British command.

In England, he was the only Kennedy able (and willing, given their mother Rose’s objection to marrying into the Church of England) to attend the May 1944 wedding of his sister Kathleen “Kick” Kennedy to aristocrat William Cavendish. It seemed that the Kennedys had finally arrived at the social respectability so longed for by their father. 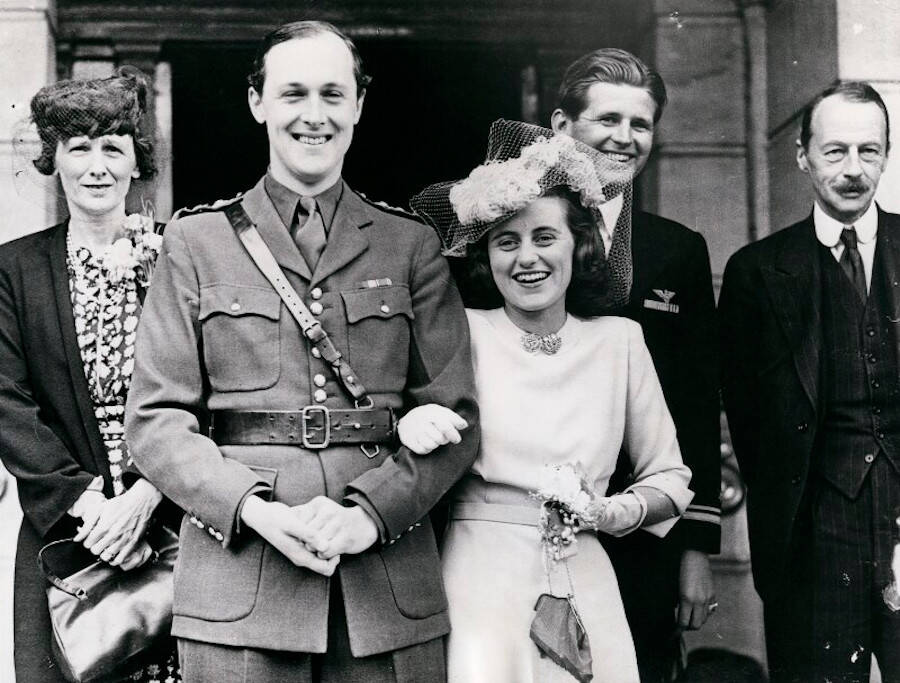 Wikimedia CommonsKathleen “Kick” Kennedy on her wedding day, with brother Joseph behind her.

A seasoned combat pilot after 25 missions, Joseph Jr. was eligible to go home in 1944. But in August of that year, he volunteered to fly a bomb-packed, radio-controlled B-24 bomber over U-boat pens in the North Sea.

He and his co-pilot were to guide their plane to the correct altitude before parachuting out. Instead, the explosives detonated prematurely over the east coast of England, killing the Kennedy heir at age 29.

Joseph Jr. wasn’t the only one of his siblings to be struck by the Kennedy family curse in 1940s Britain. Kathleen’s husband William Cavendish was killed by a German sniper in Belgium just weeks after his brother-in-law, and Kathleen herself was killed in a plane crash in 1948 as she flew to Paris to beg Cavendish’s father for his blessing for a second marriage.