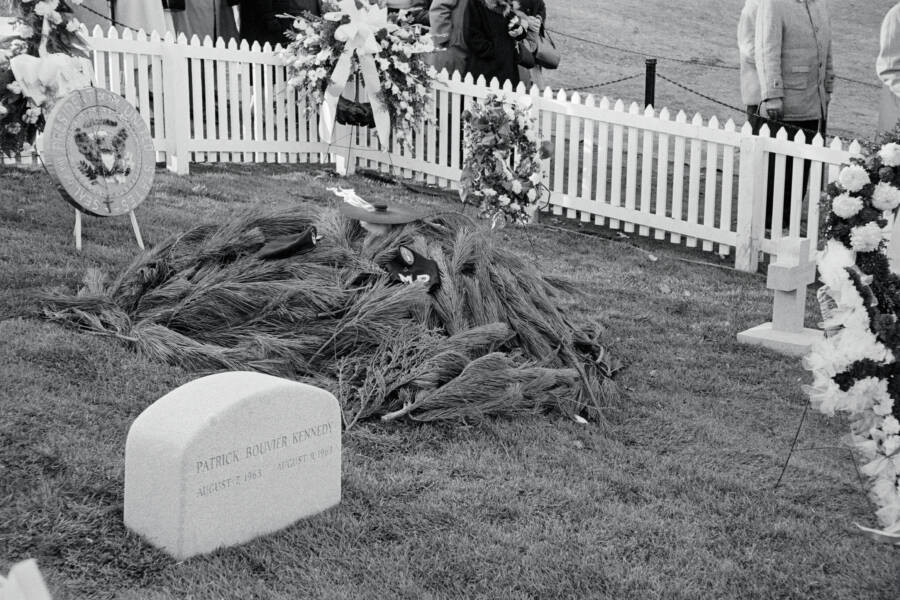 Getty ImagesMourners were welcome to pay their respects at the graves of Patrick Kennedy and his stillborn sister Arabella. Months later, their father would be killed in cold blood.

Following the death of his older brother, John F. Kennedy became the family’s hope for the presidency. After serving in the House of Representatives and the Senate, John won the 1960 presidential election. With his stylish wife Jacqueline Bouvier Kennedy, John symbolized the optimism and energy of that period in America.

Though the young couple was idolized in the press, they suffered several private tragedies. Jacqueline Kennedy’s pregnancies were all difficult, and their hopes for a growing family were repeatedly dashed.

Her first pregnancy ended in a miscarriage, and her second ended in a stillbirth. Her third pregnancy resulted in the birth of her daughter, Caroline, who had been born safe and healthy. John Jr. would follow, and though he was premature, he too was healthy.

She became pregnant again in 1963, and was understandably worried while facing her third trimester. On the morning of August 7, 1963, Jackie felt labor pains and was taken by helicopter to a birthing suite previously set up for her at Otis Air Force Base Hospital. There, Patrick was born after an emergency Cesarean section at 12:52 pm, but he drew almost no air. 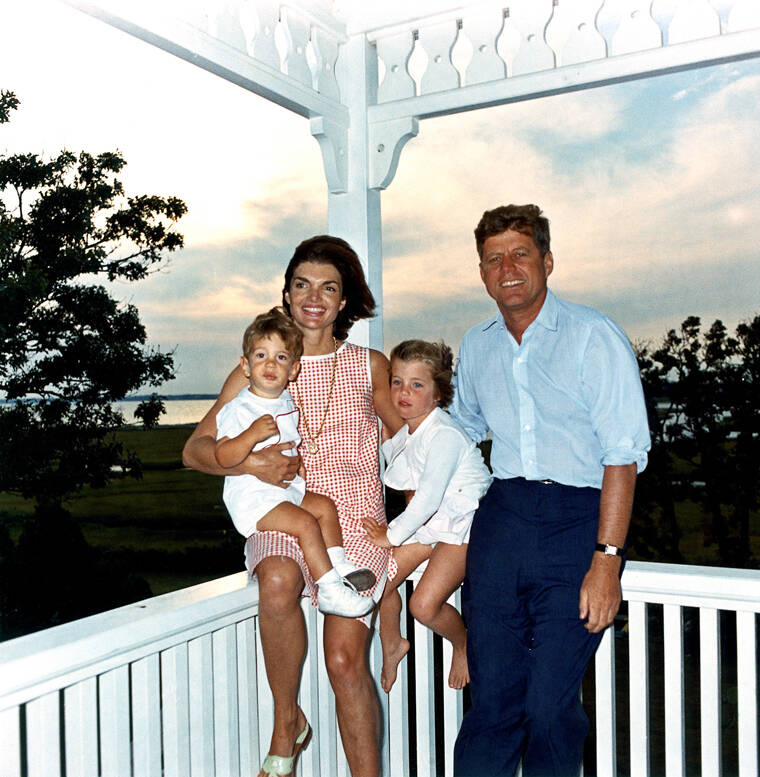 Wikimedia CommonsJohn and Jackie Kennedy with their children, Caroline and John Jr. The Kennedys lost three infants to miscarriage and difficult births.

By the time the president arrived 40 minutes later, doctors had placed his 4-pound 10-ounce son in an oxygen-supplied incubator. Patrick was stricken with infant respiratory distress syndrome, which is an inability to breathe caused by underdeveloped lungs. Just two days after his birth, he succumbed to the condition and died.

But Patrick’s death wasn’t without impact. Such a high-profile death spurred interest in curing neonatal diseases which had been killing thousands of children every year. In addition to private research and development, President Kennedy soon granted $265 million for research into neonatal medicine, saving countless lives through medical advances.