The Dark Side Of Joseph P. Kennedy Sr., The Patriarch Of The Kennedy Family

Joseph Kennedy Sr., JFK's father and the patriarch of "America's Royal Family," left behind a complicated legacy, including anti-Semitism and Nazi sympathies. 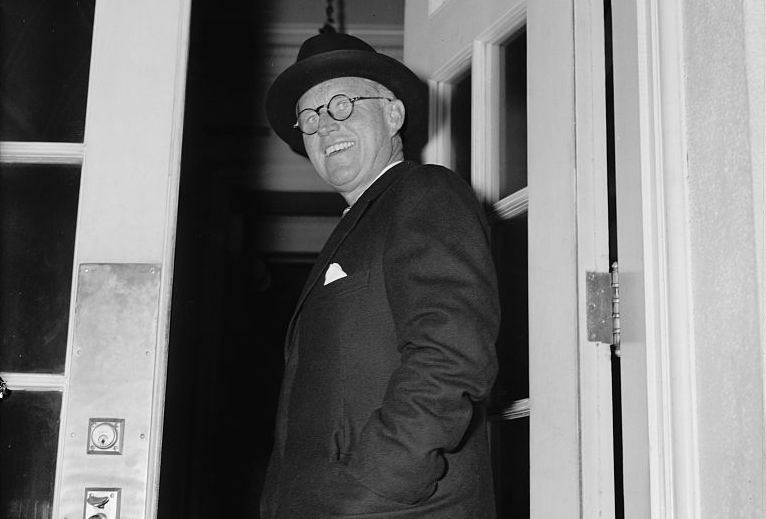 But Joseph Kennedy Sr.’s own roller coaster of a biography trumps even the fictional Kane’s in every regard, from his hand-over-fist stock market days to his persona non grata period as a failed World War II-era diplomat, forever tarnished by what many considered to be an unshakable anti-Semitism.

Like Kane’s tale, the story of Joseph Kennedy Sr.’s dark side begins at his end, when Kennedy bested Kane even in the pathos of his dying days. Felled by a debilitating stroke in 1961, Kennedy was forced to sit, trapped in his own failing body, as two of his sons, Jack and Bobby, were assassinated in the tumultuous decade to come.

All he could do to communicate his grief was cry. For the eight years leading up to his death, in fact, Kennedy was unable to write or speak at all.

The assassinations, incredibly, were just the latest in a string of blows to the Kennedy family predating its patriarch’s wheelchair-bound days.

For eight long years, Kennedy couldn’t tell anyone what it felt like to outlive his eldest boy, bomber pilot Joseph Jr., who died in an explosion over the English Channel in 1944, engaged in a war that his father virulently opposed.

For eight long years, he couldn’t tell anyone how gutted he felt to outlive his second daughter, “Kick,” who died in a plane crash in 1948, or if he regretted lobotomizing and institutionalizing his mentally-ill first daughter, Rosemary, in 1941 and insisting that uttering her name was verboten in the Kennedy house.

And even if Joseph Kennedy Sr. ultimately regretted his many deeds and statements widely regarded as anti-Semitic, from his years in Hollywood as a studio head to his stint as Ambassador to Great Britain, for eight long years, he was unable to express it.

If you’re unfamiliar with Kennedy’s Shakespearean rise and fall, it’s hard to believe the patriarch of “America’s Royal Family” could be an anti-Semite. This was the man, after all, who encouraged all of his children (the tragically discarded Rosemary aside) to enter public service, and lived to see that influence bear tremendous fruit.

This was the man, after all, who himself grew up as an Irish Catholic outsider in East Boston, struggling to secure jobs in finance that his less-qualified Protestant banker friends were stepping into with ease. If anyone understood the ignorance of prejudice, you would hope that it would be the grandson of an uneducated Irish immigrant farmer who escaped the potato famine to ultimately sire one of the wealthiest and most respected political families in American history. 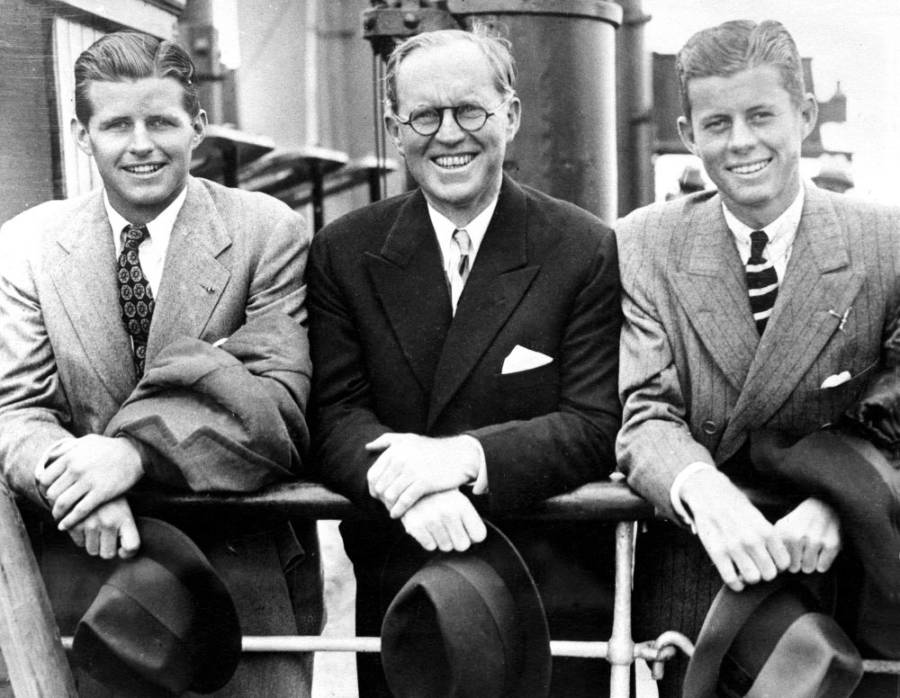 But Kennedy, paradoxically, frequently found himself on the wrong side of that history.

After gaining immense wealth selling short on Wall Street and flipping Hollywood studios — he was a multimillionaire by the age of 40 — Kennedy began his short career in public service in 1934 as the first-ever head of the Securities and Exchange Commission under his longtime friend, President Franklin Delano Roosevelt.

The audacious and ambitious Kennedy wanted to parlay the gig into something bigger: a cabinet position as Secretary of the Treasury. Roosevelt, however, knew the famously stubborn and foul-mouthed Kennedy would have a tough time following orders in that capacity, so he said no.

When Kennedy then suggested the ambassadorship, Roosevelt laughed so hard that he almost fell out of his wheelchair, according to his son James. But upon further reflection, the president decided that the no-nonsense Kennedy was actually the right man for the job.

Roosevelt may have reconsidered had he been privy to correspondence between Kennedy and Joe Jr. from 1934, in which the son calls the Nazi’s “dislike” of the Jews “well-founded,” and the father replies that he is “very pleased and gratified at your observations of the German situation.” 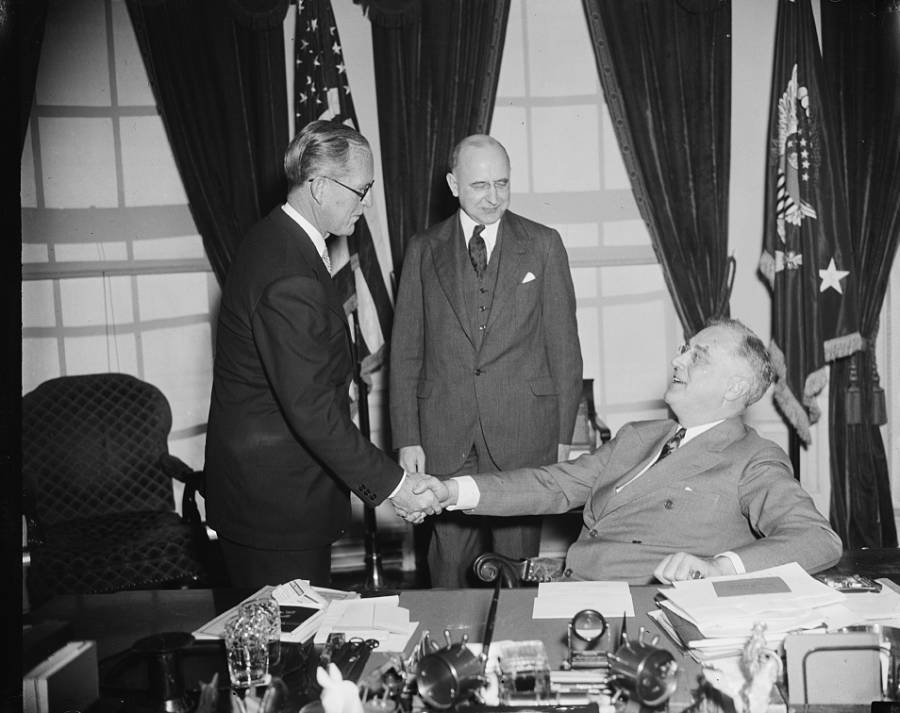 According to confidential German documents made public by the U.S. State Department in 1949, Joseph P. Kennedy Sr. met with the German Ambassador to Great Britain, Herbert von Dirksen, in June 1938. Dirksen later informed Baron Ernst von Weizsaecker, State Secretary of the German Foreign Ministry, that Kennedy told him that the “Jewish question” was of vital importance to U.S.-German relations.

It is here where the ugly hairline cracks in the Joseph Kennedy Sr. facade begin to widen:

“He himself understood our Jewish policy completely,” Dirksen wrote. “He was from Boston and there, in one golf club, and in other clubs, no Jews had been admitted in the past 50 years … In the United States, therefore, such pronounced attitudes were quite common, but people avoided making so much outward fuss about it.”

Most damning, however, was Kennedy’s assertion (in Dirksen’s words) that it “was not so much the fact that [the Germans] wanted to get rid of the Jews that was so harmful to [the Germans], but rather the loud clamor with which [the Germans] accompanied the purpose.”

In November, the persecution of German and Austrian Jews intensifies into the “loud clamor” and horror of Kristallnacht. Working with Chamberlain, Kennedy promoted a plan to relocate European Jews abroad, but failed to inform the State Department. The plan fizzled.

Kennedy continued for years to loudly advocate for appeasement, in London and at home, arguing that Britain would be destroyed otherwise. He attempts to set up a personal meeting with Adolf Hitler, again failing to inform the State Department, but it never materialized.

An embassy aide, Harvey Klemmer, later shared Kennedy’s summary of his anti-Jewish sentiment, even as news of concentration camps came across the wires: “Individual Jews are alright, Harvey, but as a race they stink. They spoil everything they touch. Look what they did to the movies.”

In May 1940, Winston Churchill replaced Chamberlain and Britain was at war with Germany. The rest, as they say, is history, but Kennedy’s disgraceful, victim-blaming role during the war is a lesser-known chapter in that history. 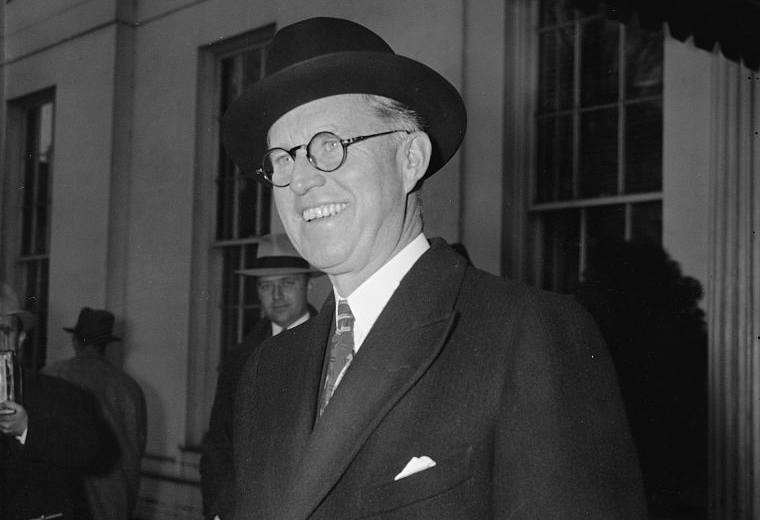 Back in the U.S., a paranoid Kennedy blamed Hollywood and its anti-German propaganda, specifically Charlie Chaplin (an English Jew) and his Führer-mocking The Great Dictator, for pushing America into the war. He also blamed the problematic “Jew media” and the “Jewish pundits in New York and Los Angeles” for trying to “set a match to the fuse of the world.”

By the fall of 1940, Kennedy was a pariah in America, a condition not aided by statements like, “Democracy is finished in England. It may be here.” He then resigned shortly after half-heartedly endorsing Roosevelt’s third term on the radio.

Whether or not Kennedy’s ugly remarks and apparent Nazi sympathies stemmed from textbook “anti-Semitism” or not is merely a semantic exercise — history and decency have proven him to be woefully in the wrong.

Nevertheless, investigating his motives is an exercise worth engaging in, and Kennedy biographer David Nasaw does it deftly in his exhaustive biography The Patriarch: The Remarkable Life and Turbulent Times of Joseph P. Kennedy. Nasaw doesn’t think that Kennedy was strictly anti-Semitic, considering him instead to be a tribalist of sorts, raised to believe cultural myths — both positive and negative — about Jews, Catholics, and Protestants alike.

Nasaw doesn’t think that Kennedy, unlike high-profile American anti-Semites such as Henry Ford or Charles Lindbergh, subscribed to the idea that there is “something in the genetic makeup, in the blood of Jews that makes them sinister, evil and destructive of Christian morality.”

Kennedy’s most comprehensive biographer argues, instead, that the Ambassador’s admiration for the Jews allowed him to buy into “thousand-year-old anti-Semitic myths” and succumb to “anti-Semitic scapegoating” while not crossing the line into actual anti-Semitism. 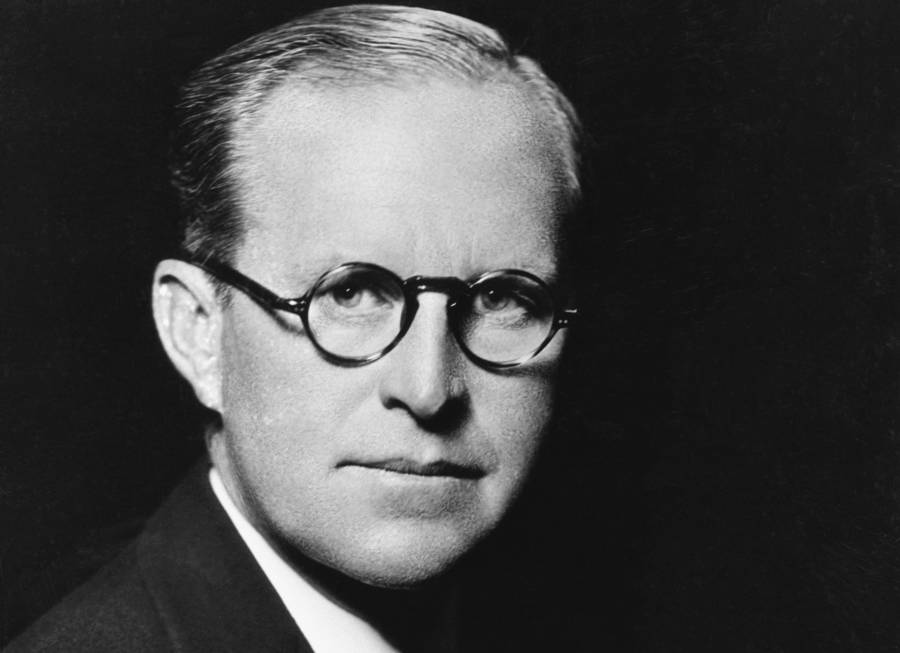 Kennedy continued this scapegoating as late into the war as May 1944, in an unpublished interview with a Boston reporter: “If the Jews themselves would pay less attention to advertising their racial problem, and more attention to solving it, the whole thing would recede into its proper perspective. It’s entirely out of focus now, and that is chiefly their fault.”

Believing that Kennedy would have blamed any “tribe” thusly doesn’t make a statement like that sting any less. That Kennedy’s status as a post-war pariah and known anti-Semite didn’t get in the way of fostering and financing some of the greatest political and public-service minds of the 20th century speaks volumes about how common these ugly sentiments were.

As for Nasaw’s statements, while they may seem, ultimately, like a distinction without a difference, the biography isn’t tantamount to apologia. Commenting on Joseph Kennedy Sr.’s remarks to Dirksen about understanding the German’s “Jewish policy” completely, Nasaw does not mince words: “[W]hile telling them what they wanted to hear about American anti-Semitism and Jewish media dominance, [Kennedy] was not saying anything he did not believe to be true.”

After this look at Joseph Kennedy Sr., explore the dark side of George Washington. Then, discover some of Thomas Jefferson secrets.