From running a child slave operation to nearly causing an economic depression, this is the side of Thomas Jefferson that the history books would rather forget.

Thomas Jefferson is one of our most revered founding fathers for his gargantuan resume of accomplishments. As a philosopher, a lawyer, and our nation’s third president, it’s no wonder the Virginian remains a celebrated and mythologized figure to this day.

But the man who coined the phrase “all men are created equal” was deeply flawed. For instance, while publicly denouncing the peculiar institution, Jefferson owned and operated a veritable slave kingdom.

Shades of gray are to be expected in anyone, but Jefferson was president of the United States — and thus his dark side had an enormous impact on the trajectory of the country.

Listen above to the History Uncovered podcast, episode 5: The Founding Fathers, also available on iTunes and Spotify. 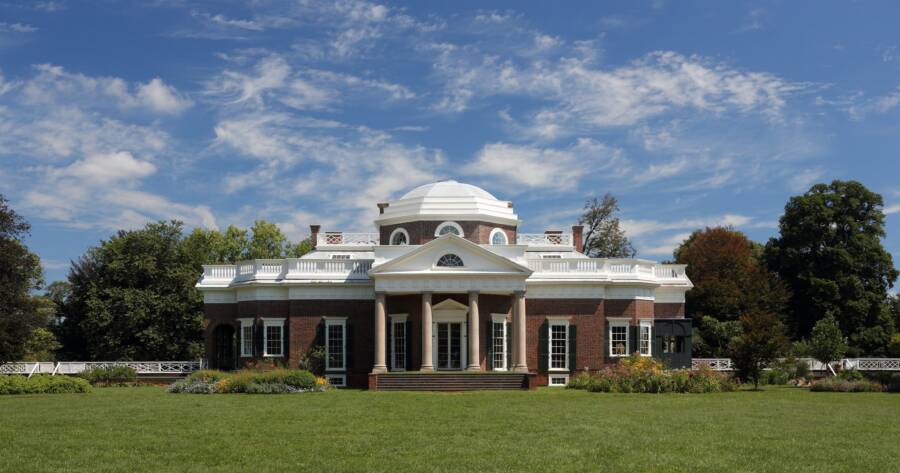 In the early part of his political career, Jefferson described the African slave trade as “moral depravity” and a “hideous blot” on the country. He was one of the very few founders who could be relied upon to push back against the interests of slave-holding Virginians throughout the 1780s.

All of that changed, of course, when he realized the financial benefit of free enforced labor. Jefferson, like most white men of any means in his time, was a slave owner. His Monticello estate, a private mountain-based Virginia plantation, housed around 130 slaves at its peak.

Jefferson grew quiet about the immorality of slavery in the 1790s, and in total, forced an estimated 600 people to work for him. 400 of them were born at Monticello.

Jefferson fashioned the estate into a miniature town entirely run on slave labor. The work on Monticello included blacksmithing, woodworking, textiles, farming, and more. Its main hub of operations was a nail factory, the profitability of which Jefferson boasted about in numerous letters. 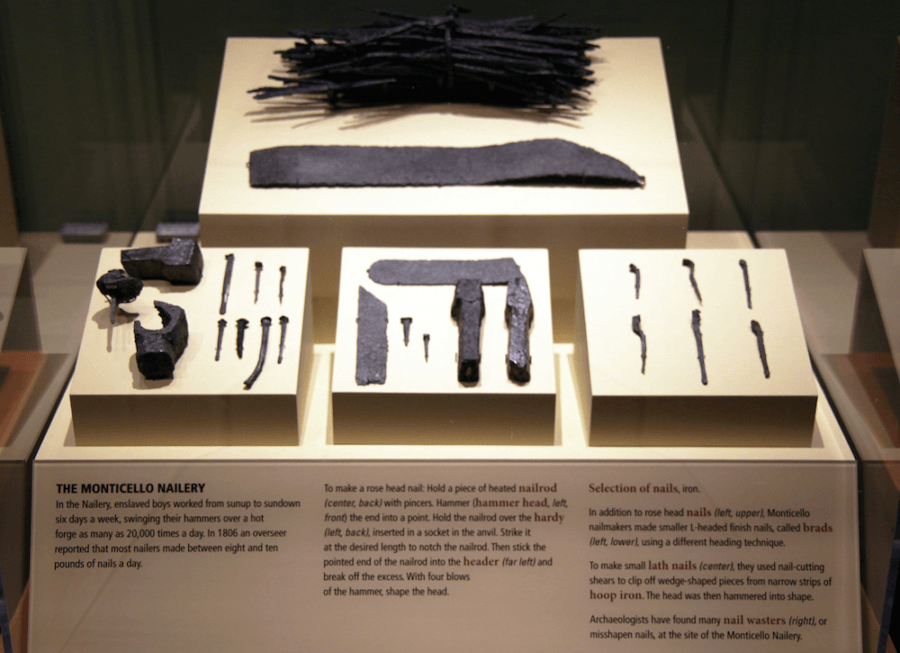 The plantation’s annual grocery bill was around $500, but the nail factory amassed that amount in a couple of months. Besides its profitability, the nail factory was a breeding ground for child slaves. Jefferson would put enslaved children to work in the factory to determine who did well and deserved extra food rations, and who didn’t.

Those who made 10,000 nails per day received extra privileges including food, leisure time, and uniforms, while those made fewer than 5,000 per day were whipped, made to work in rags, and given less to eat. The promising children were apprenticed for skilled labor 16 — the rest were forced to keep working or moved to the fields.

Thomas Jefferson’s treatment of slaves, whose ancestors were stolen and shipped to a New World of forced labor, has been glossed over as recently as 1941. In a Jefferson biography of that year written for “young adults” the author described Monticello as “a beehive of industry” where:

“No discord or revilings found entrance: there were no signs of discontent on the black shining faces as they worked under the direction of their master… The women sang at their tasks and the children old enough to work made nails leisurely, not too overworked for a prank now and then.”