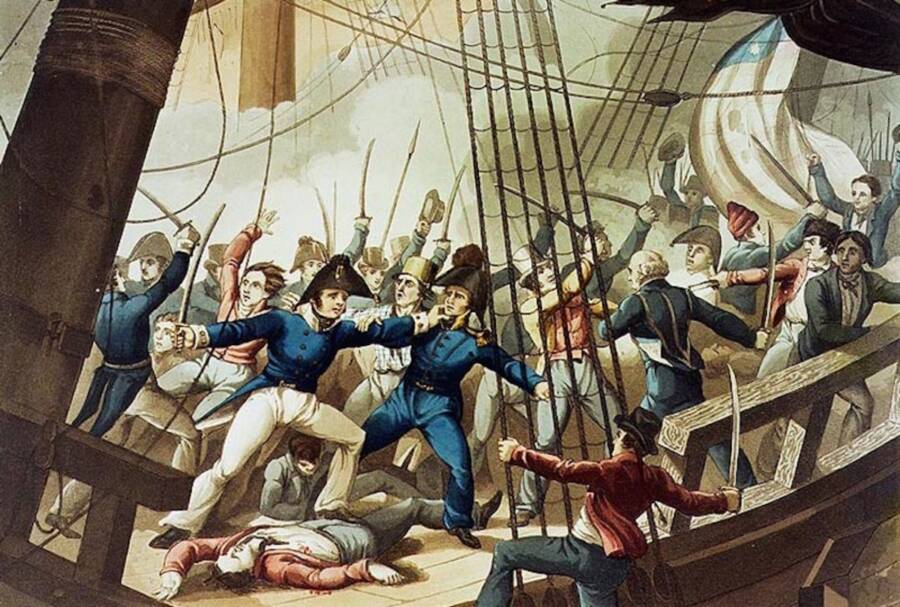 Wikimedia CommonsThe Chesapeake Raid inspired Jefferson to make one of the most disatrous economic policies the country had yet seen.

In Jefferson’s second term as president from 1805 to 1809, France and England were embroiled in the most volatile stages of the Napoleonic Wars. Each country became desperate for the financial support and trade goods of America.

Both Britain and France made efforts to block the other’s trade with the United States by capturing American ships and seizing their goods. Britain even went so far as to take American military or naval forces hostage.

Of course, this didn’t make the Americans any more likely to provide the British with financial support. Congress even attempted to declare war on both France and Britain. Jefferson’s hand was finally forced by the June 1807 Chesapeake Affair, in which the British warship Leopard attacked the American frigate, Chesapeake.

But instead of targeting England specifically, Jefferson decided to impose an embargo on all American trade overseas. The Embargo Act of 1807 had disastrous consequences for America. 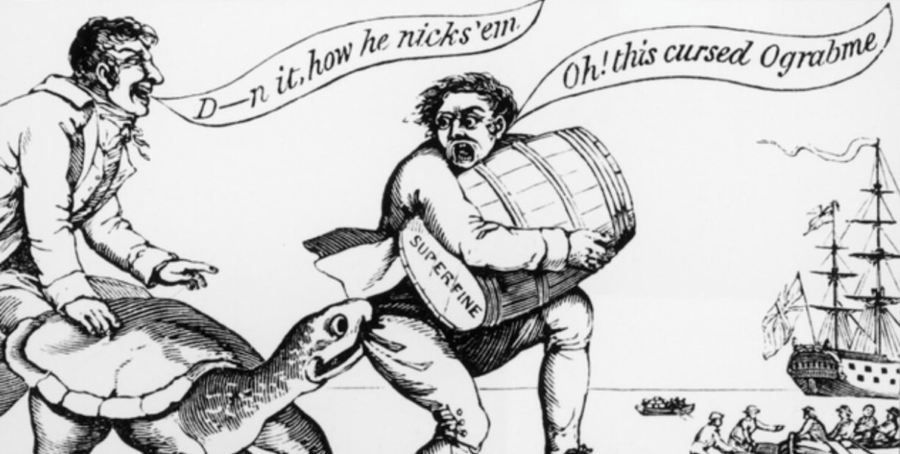 Jefferson failed to anticipate that neither Yankee traders nor Southern planters had any intention of adhering to this policy. As a result, a grassroots bastion of smugglers cropped up and a vast economic depression ravaged the ports of New England.

Desperate merchants took their chances by making illicit trades out of their own personal boats. Even small fishing vessels began taking cotton out to covert rendezvous points at sea to return with tea and other goods, the prices of which had grown astronomically on the black market.

So many citizens were defying his policy that Jefferson had them detained without a trial, violating their Fifth Amendment rights.

Finally, as Jefferson prepared to leave office in 1809, Congress quietly repealed the laws he had enacted to combat British and French interference. By that point, the American economy was wrecked as exports plummeted from $108 to $22 million from 1807 to 1809.