3 Founding Fathers And The Awful Things They Did 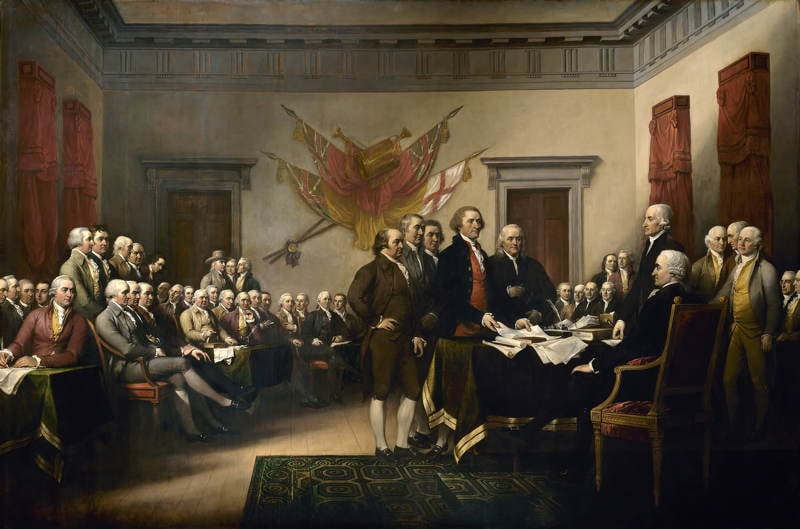 The Fourth is here, and with it come the usual traditions: barbecue, fireworks, and the tacit agreement among Americans to not look too closely at the historical sausage factory that was the American Revolution. It’s commonplace knowledge that the Founders were all too human and that they were in many ways—take slavery, for example—creatures of their horrible, horrible century.

But being trapped in a certain historical era doesn’t excuse everything. Some people are just colossal jerks regardless of the historical context. Here are three of the most revered Founding Fathers, along with a handful of awful things we’d rather forget.

First, the good stuff: John Adams was by all accounts a gifted lawyer with a flair for the theory underpinning the law. He was a lifelong opponent of slavery, and he even managed to steer the US away from war with France in 1798, an unpopular move that probably ended his chance at serving a second term as the second president of the United States.

All that is nice, but Adams’ thirst for power, and the unprincipled ways he accumulated it, mark him off as the budding super villain of the American Revolution.

In 1770, British soldiers shot into a crowd of angry demonstrators in what history would remember as the Boston Massacre. They had a pretty good defense—that the crowd was out of control and they legitimately feared for their safety—but the public, driven by propagandists such as Paul Revere and John Adams’ cousin Sam, was outraged and demanded murder charges be brought.

John Adams was the one-man legal dream team the soldiers hired to represent them. In the end, Adams managed to get them all off, except for two of the worst who were convicted only of manslaughter.

Adams continued to take on high-profile cases throughout his life (file photo).
Source: The Huffington Post

Adams served the Revolution largely from abroad and eventually played a leading role in the treaty that ended hostilities. This he did mainly by conspiring with fellow diplomat John Jay to largely exclude his French hosts from the negotiations and deal directly with the British.

On returning home, he became a vocal advocate of centralized state power and the nucleus of the new Federalist party, coming in second to George Washington in the first presidential election and becoming the first Vice President.

It was in this role that Adams worked essentially as Washington’s leg breaker. He quickly earned a reputation for not only breaking ties in the Senate—his only Constitutional power—but for actively meddling in the affairs of Congress to the point that the Senate once threatened to strip the Executive branch of some of its power, just to keep Adams in check.

As a window into his opinion of the Executive’s proper place, it’s worth noting that, in the debate over how to properly address the President, Adams’ own suggestions were “His Majesty the President” and “His High Mightiness, the President of the United States and Protector of Their Liberties.”

With that in mind, it shouldn’t be surprising that Adams’ tenure in office should be marked by an authoritarian streak a mile wide. After the Congressional sweep and close presidential election of 1796, Federalist paranoia over their political rivals became the driving theme of the Adams Presidency. Adams greatly expanded the size of both the army and the navy, alarming those who saw the peacetime expansion as a prelude to tyranny from the man who coined the term “His High Mightiness.”

In 1798, Adams signed the Alien and Sedition Acts. These were “emergency” measures that essentially made it a felony to criticize the government. Several newspaper editors, and even one member of Congress, would eventually be prosecuted under the Sedition Act.

Upon losing the election of 1800, Adams became the first of only four living presidents to not attend the inauguration of his successor.