George Washington Broke A Promise To Free His Slaves 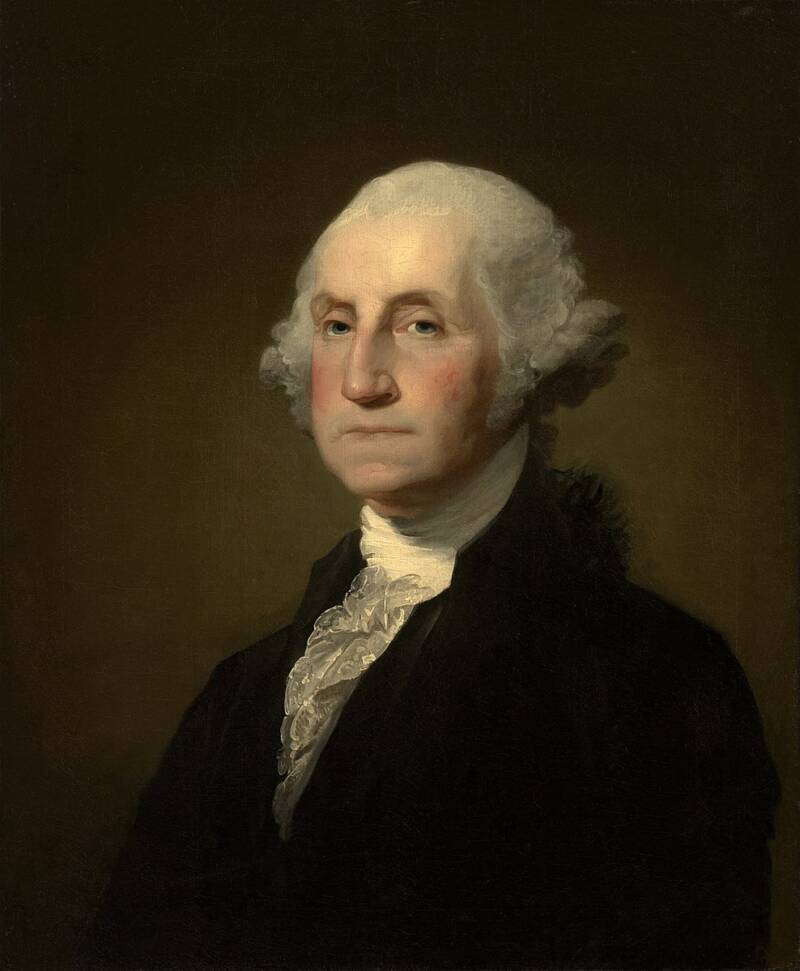 Wikimedia CommonsOnly one of George Washington’s slaves was freed when he died.

George Washington is revered for his prowess in war, his inability to lie, and his generosity in freeing his slaves. But the founding father actually lost more battles than he won and even though he promised to free his slaves upon his deathbed, he failed to do so.

When George Washington died in 1799, the whole nation ground to a halt. America’s first president was dead. All of America mourned and wore black armbands to honor him.

That is, everybody but the 123 slaves he failed to liberate before he passed. Washington had promised to free every single one of his slaves upon his death, it was even written in his will. But only a single slave, Revolutionary War hero William Lee, was freed immediately. Almost half of his Mount Vernon slaves remained in shackles for decades more. 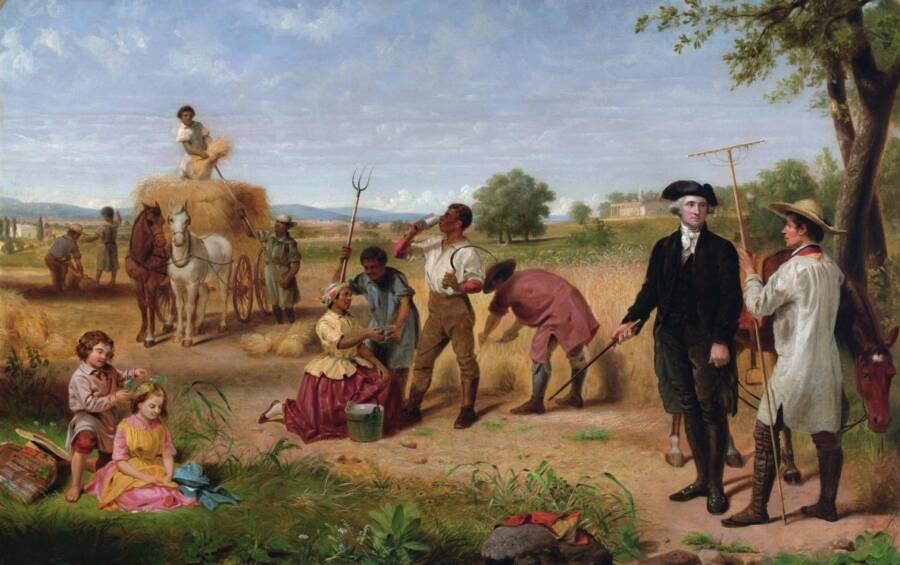 Wikimedia CommonsThe founding father alongside his slaves at Mount Vernon.

Apparently, the founding father only had the legal right to free half the slaves at Mount Vernon, the rest belonged to his wife’s family. Mrs. Washington only freed the rest of their slaves when she felt that they were plotting against her. Washington’s views on the peculiar institution changed throughout his life, but he ultimately rationalized keeping his own slaves.

Washington was no different than most of his wealthy Virginian landowners in this respect, however. He, like them, owned slaves who worked his land. 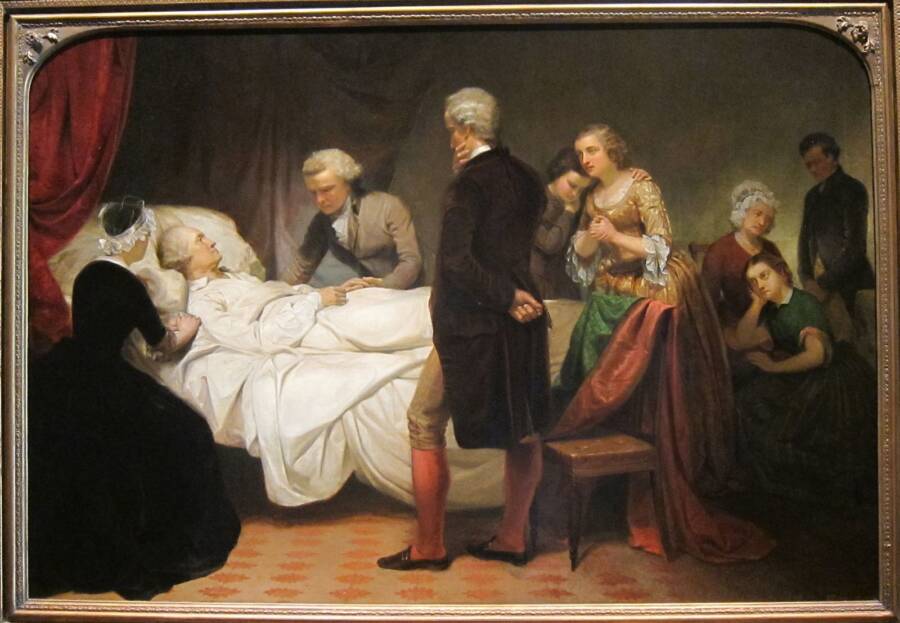 Apologists say that Washington treated his slaves well, but he still beat them and did not free anyone while he was alive.