The Dark Side of George Washington

George Washington was the father of our country and first in the hearts of his countrymen, but that doesn’t mean he was a saint.

By any standards, George Washington was a great man and a great president, especially by the kind of diminished standards we have today. Born into what passed for the middle class in plantation Virginia in 1732, Washington was always an ambitious try-hard who made money, glory, and history as naturally as he breathed.

Like most really successful people, however, George Washington had almost supernatural good luck and a knack for shifting blame for his mistakes onto other people. On the 227th anniversary of his first presidential inauguration, it’s worth taking a moment to reflect on this, and how that sneaky streak aided in his rise to the top. 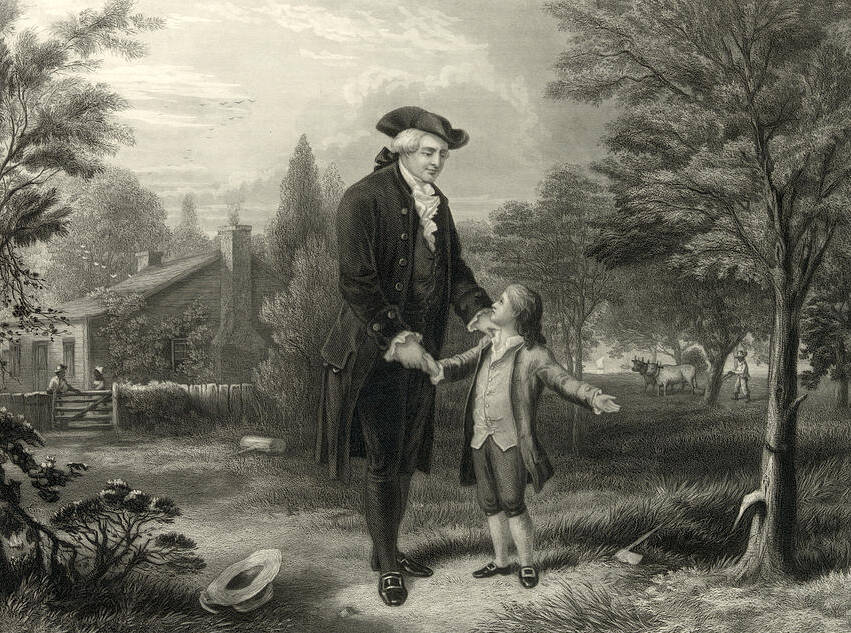 Colonial Virginia was not what we would call an upwardly mobile society. With an economy built on chattel slavery, and with a huge pool of underemployed free labor milling around in the towns, young men often had a hard time getting started in life unless they were born to money and land. George Washington had that kind of luck.

Though his family was hardly rich, Washington inherited one plantation at only 11 years old, when his father suddenly died. Augustine Washington’s death also derailed Washington’s plans to attend school in England, as his older brothers had done. Instead, he planned to join the Royal Navy as an officer cadet and started scraping together the money to buy a commission when he turned 15.

The life of a naval officer was socially promising, what with prize money to be split and admirals’ daughters to be married, but Washington’s mother objected to being left alone. Instead, at 17, Washington appealed to his brother for support in becoming a surveyor, which was the super-high-tech get-rich-quick job at the time, like a Silicon Valley start-up was in the 1990s.

Washington’s brother, Lawrence, was the deus ex machina of Washington’s early life story. Not only did he support Washington through William and Mary College, he also connected his younger brother with one of the wealthiest families in Virginia, the Fairfaxes, and the most powerful man in Virginia, Governor Dinwiddie. Between them, George landed a high-paying gig as the official surveyor of Culpeper County and a prestigious post in the Virginia Militia.

His brother’s other connections also landed him a lucrative spot with the Ohio Company. Nobody knows exactly what, if any, his duties were for this company, and it’s possible he was just on the payroll as a kickback to his brother, who was a major investor. By 1752, Lawrence wouldn’t be able to help is brother anymore — not that he needed to — since he died that year of tuberculosis. Washington was only 20 years old.

Never one to let a family tragedy stand in the way of social advancement, Washington and three friends from the militia persuaded the governor to split his dead brother’s administrative job into four regional posts and hand them out to them.

Later, Washington would convince Governor Dinwiddie’s successor that a land grant that was intended to compensate militiamen was actually just a bonus for senior officers. This scheme – like every other scheme Washington hatched – worked to perfection and made him a very rich man.