These surprising images and facts reveal what some of America's most important presidents were like long before they took office.

Most of us are familiar with the faces of those who have held the office of President of the United States. Though noble and powerful, almost all of those faces have one thing in common: they’re old (not to mention male and white).

Considering that the youngest person to assume the presidency was Theodore Roosevelt at the age of 42, it’s no wonder that most of the photographs and portraits of past US Presidents lack a certain youthful glimmer. But the following 29 photos of US presidents as young men will give you a whole new perspective… 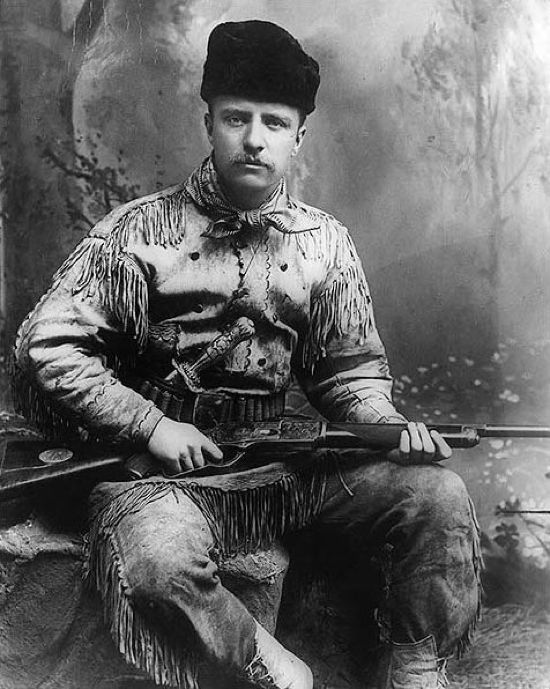 Noted adventurer and outdoorsman Theodore "Teddy" Roosevelt actually suffered from asthma. Roosevelt combatted his illness by being an advocate for the "strenuous life." He enjoyed hiking, riding horses, and swimming. Even after the tragic loss of both his wife and his mother within a few hours of each other, Roosevelt escaped to the western frontier to hunt Grizzly bears, herd cows, and chase outlaws as a frontier sheriff.Wikimedia Commons 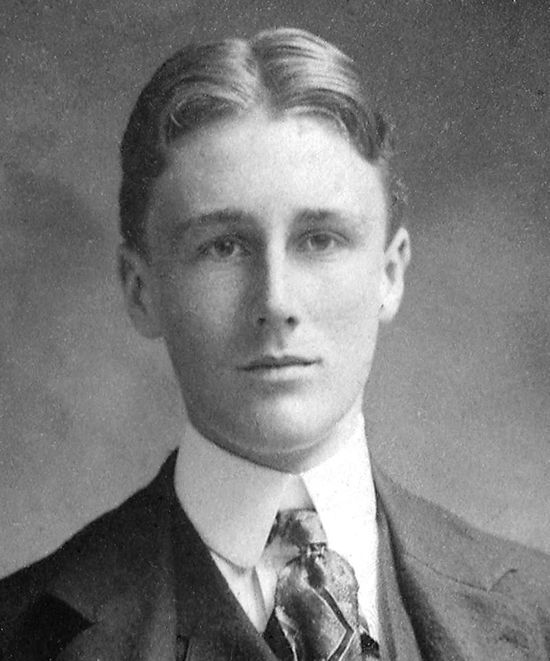 Perhaps the US presidency's greatest advocate for the impoverished, Franklin Delano Roosevelt grew up in extraordinary wealth and privilege, including receiving his first sailboat at age 16.Wikimedia Commons 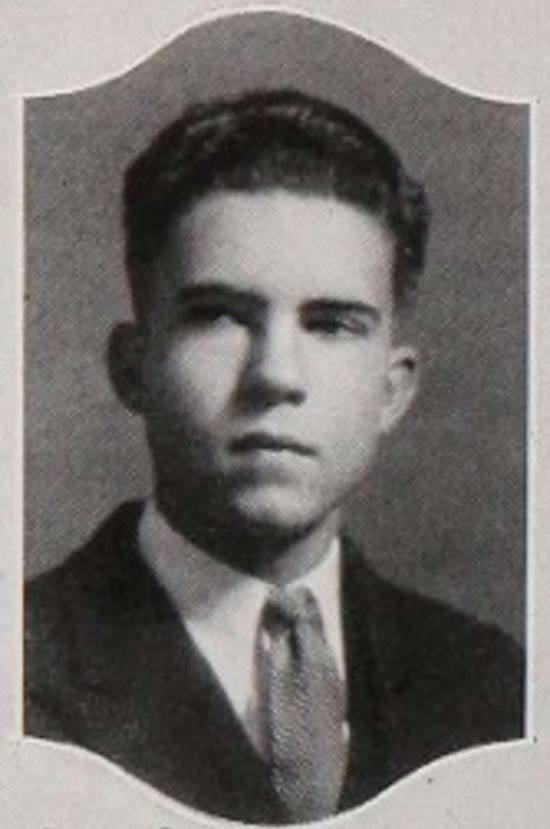 As a high school senior (yearbook photo above) Richard Nixon was accepted into Harvard with a scholarship offer. However, he instead attended Whittier College, nearby his southern California home, in order to help take care of his sick brother and work in the family store.Wikimedia Commons 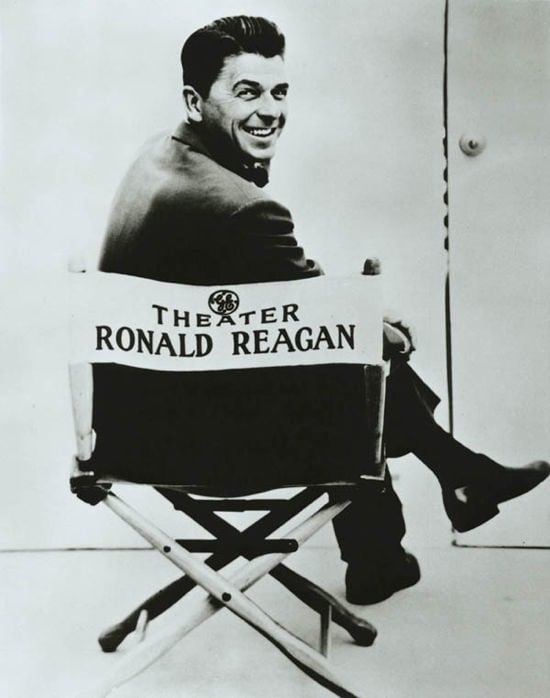 Before his well-known radio and film career, Ronald Reagan worked as a lifeguard in Illinois, reportedly saving 77 people from drowning in the process.Wikimedia Commons 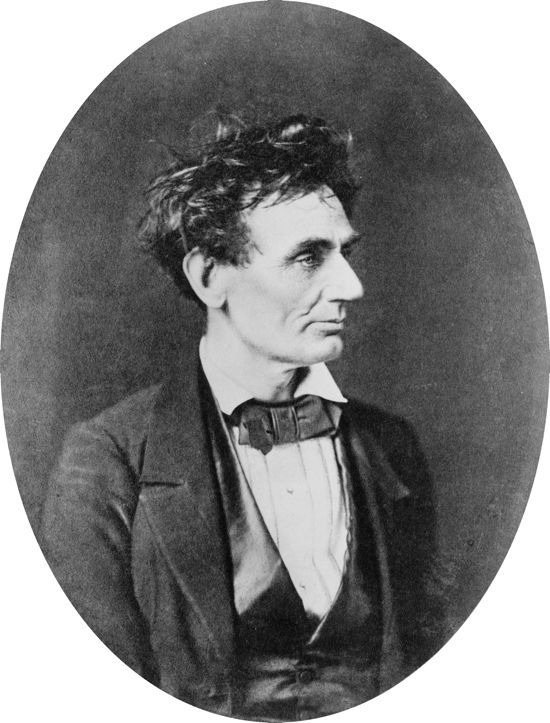 Abraham Lincoln, who worked on a riverboat as a young man, invented an inflatable navigation system for steam-powered vessels, making him the only US president to hold a patent. Wikimedia Commons 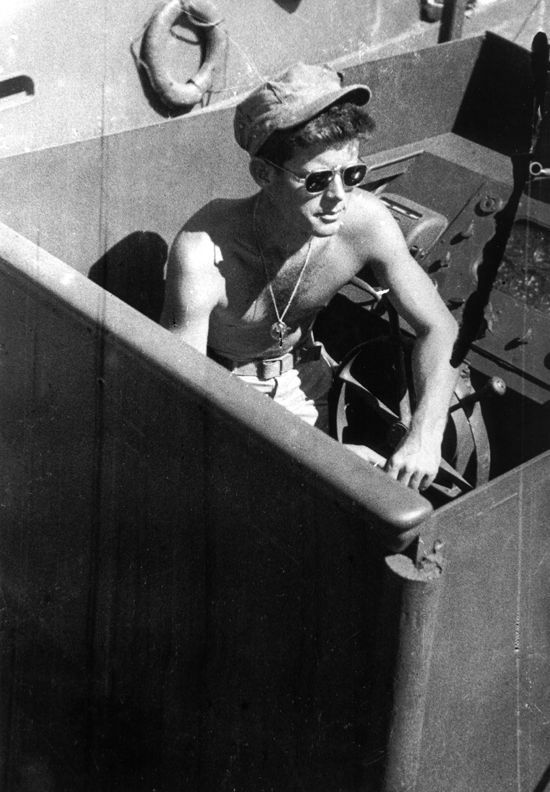 During World War II, John F. Kennedy became a national hero. After his crew's boat was rammed by a Japanese destroyer, Kennedy led the ten surviving crew members on a three-mile swim toward land. One crew member was severely burned, so Kennedy towed him through the water with the life jacket strap between his teeth.Wikimedia Commons 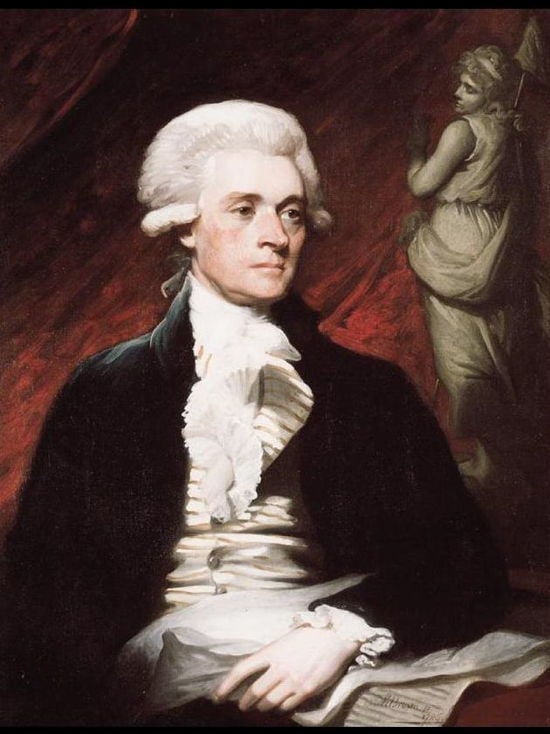 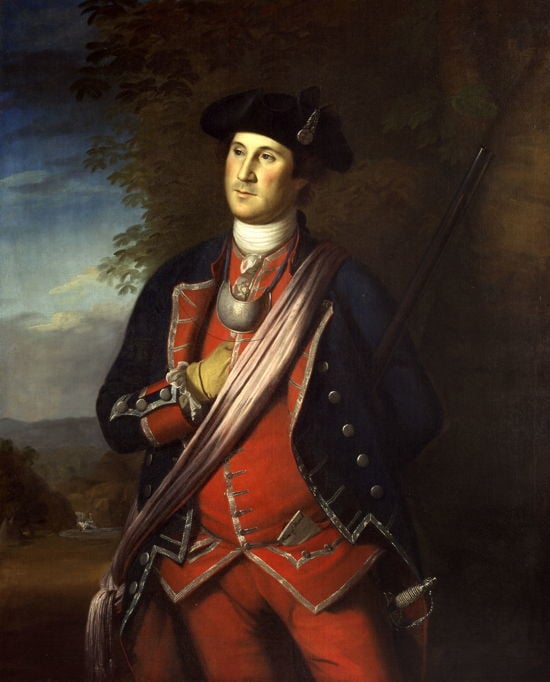 George Washington was raised by his mother and half-brother Lawrence after his father suddenly passed away. Washington had little education, but with Lawrence's help was able to earn decent pay surveying land in the Shenandoah Valley.Wikimedia Commons 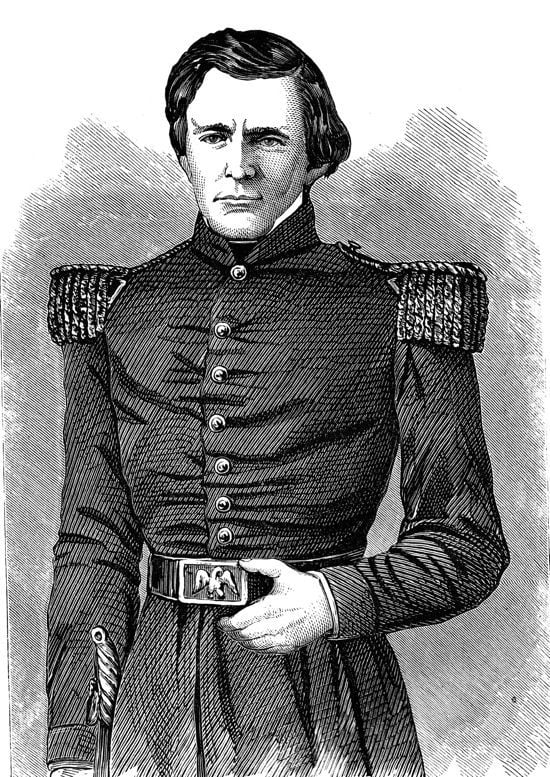 As a young man, Ulysses S. Grant's quiet demeanor was mistaken for stupidity and his peers gave him the nickname "Useless." Wikimedia Commons 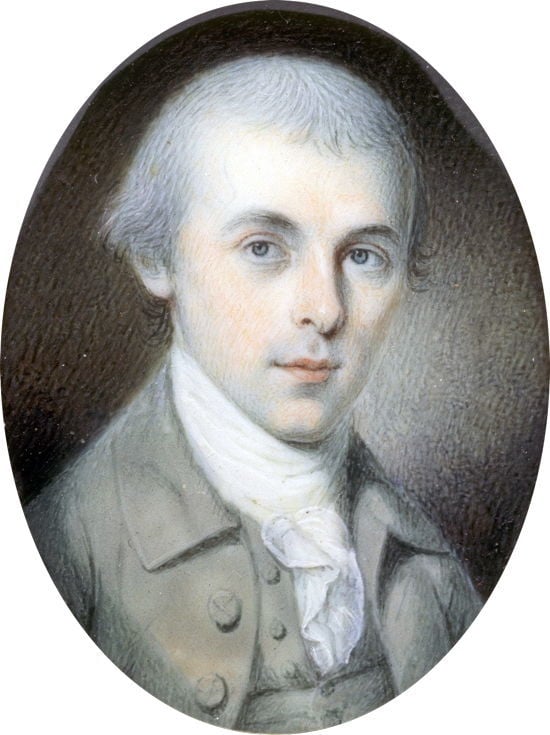 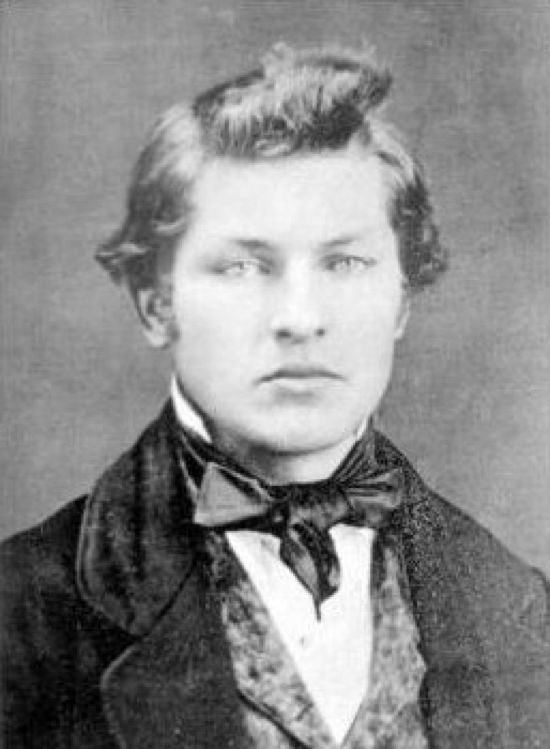 James Garfield grew up rather poor. He spent his childhood helping his widowed mother on her farm, wishing instead to become a sailor. At 16, he ran away to work on the commerce canal boats between Cleveland and Pittsburgh. He fell overboard 14 times and returned home with a fever, vowing from that day forward to live his life with brains over brawn. Wikimedia Commons 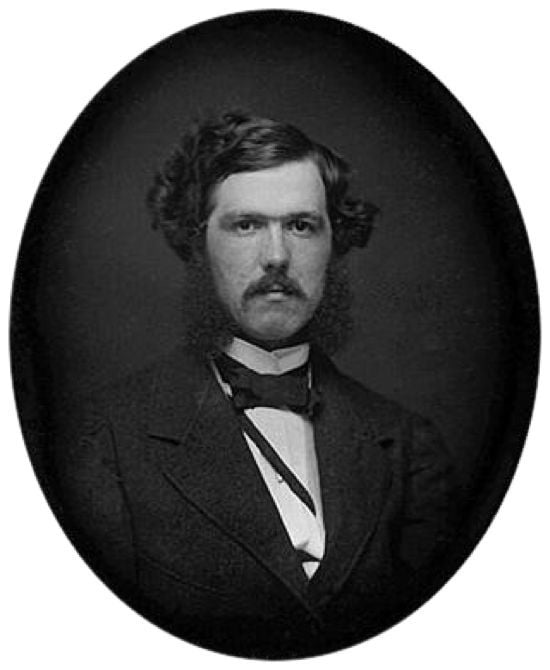 Chester A. Arthur grew up in Vermont but had the heart of a New Yorker. While in New York, Arthur worked as a lawyer, winning a number of civil rights cases. His extravagant taste in clothes caused him to be labelled a "dandy" and a "peacock" by his peers. Wikimedia Commons 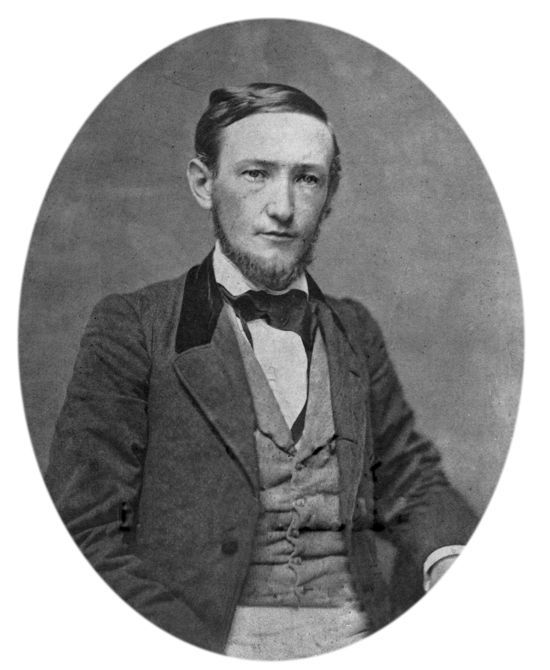 Benjamin Harrison was the grandson of the ninth US president, William Henry Harrison. In fact, his whole family was rooted in politics. He spent much of his youth reading books at his grandfather's estate. Wikimedia Commons 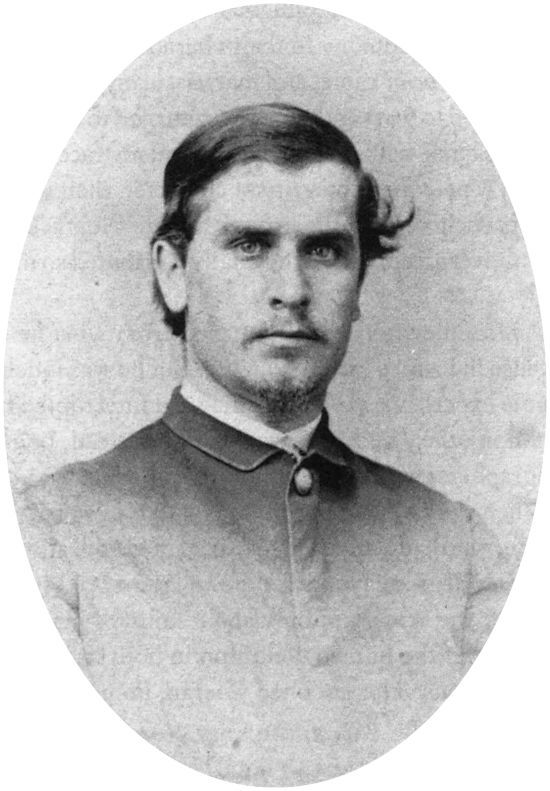 A successful lawyer in his home state of Ohio, William McKinley saw his income cut in half when he forayed into politics as a Congressman.Wikimedia Commons 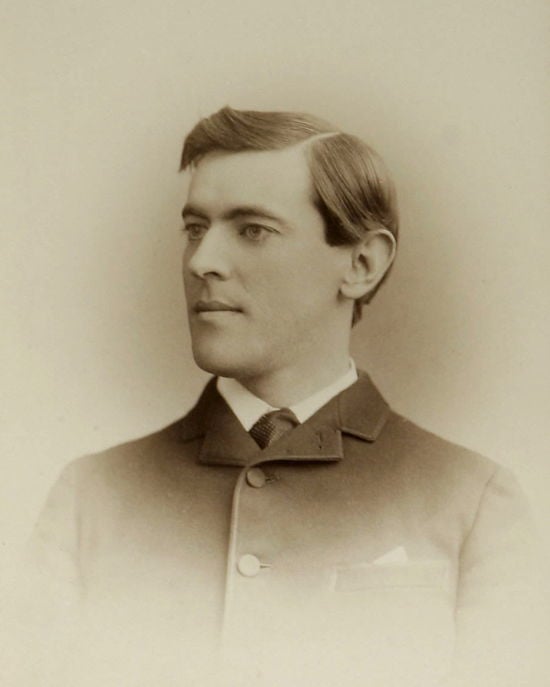 Though not educated in a school system, Woodrow Wilson attempted and dropped out of college several times before studying law on his own. He grew bored of attorney life and enrolled in Johns Hopkins University to pursue a Ph.D. in history and political science before running for office.Wikimedia Commons 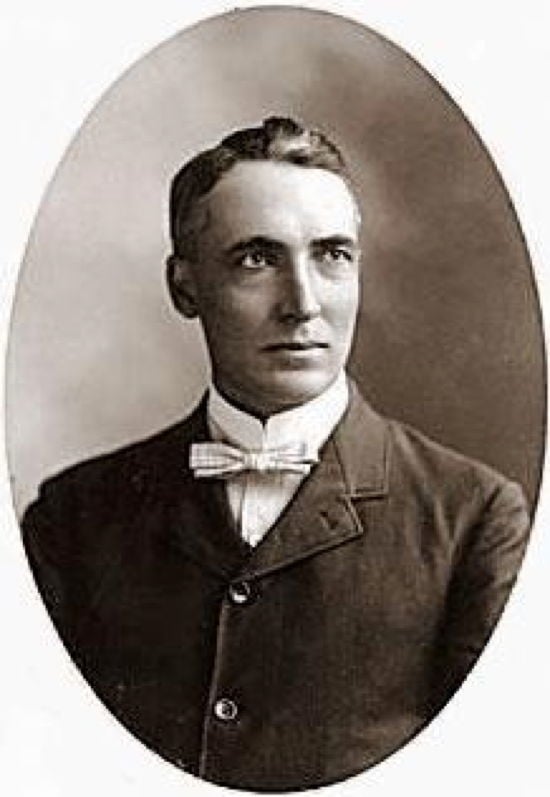 Before entering office, Warren G. Harding married a divorcee, Florence Kling, whose father, an enemy of Harding's, threatened to kill Harding if he went through with the wedding. Wikimedia Commons 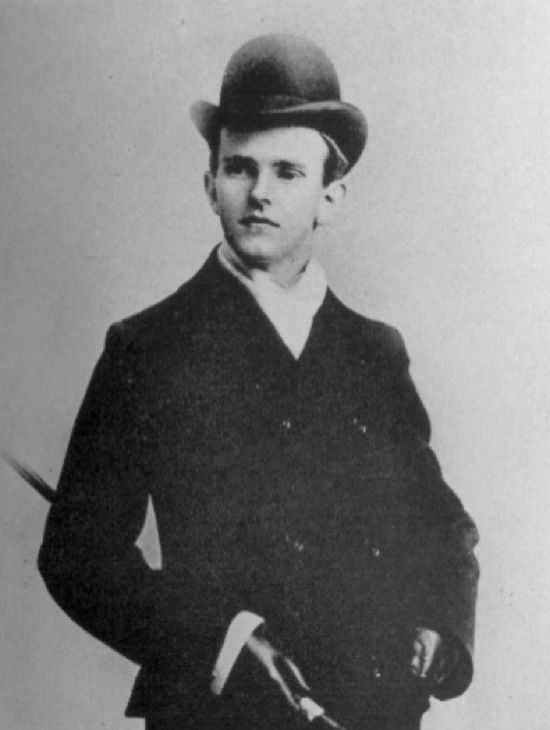 Calvin Coolidge is the only US president born on the Fourth of July (1872).Wikimedia Commons 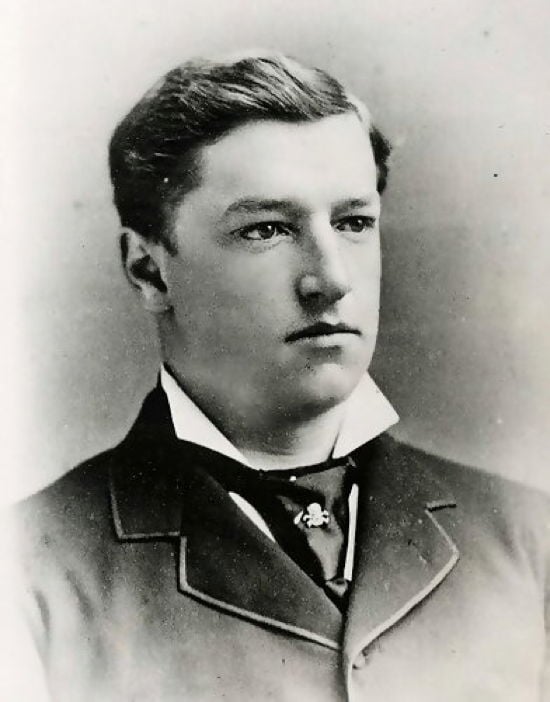 Though clean-shaven as a young man, Howard Taft became noted for his large mustache, which marked him as the last president to wear facial hair.Wikimedia Commons 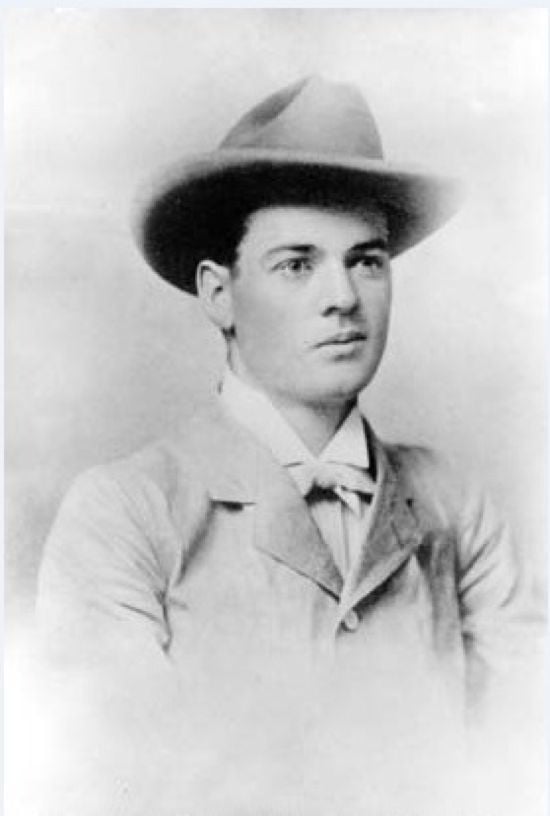 Although he eventually attained the highest office in US government, Herbert Hoover had an extraordinarily tumultuous childhood, including losing both his mother and father by age nine.Wikimedia Commons 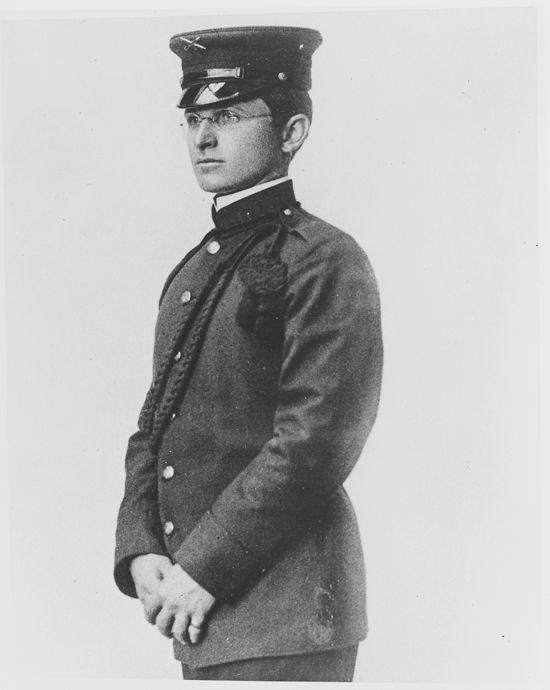 Harry Truman spent much of his youth reading and playing piano, and even considered pursuing a career as a concert pianist. He also dreamed of being a soldier, but his poor vision prevented him from getting into West Point. After failing the initial eyesight test required to enter the National Guard, Truman memorized the eye chart and was accepted the second time around. Wikimedia Commons 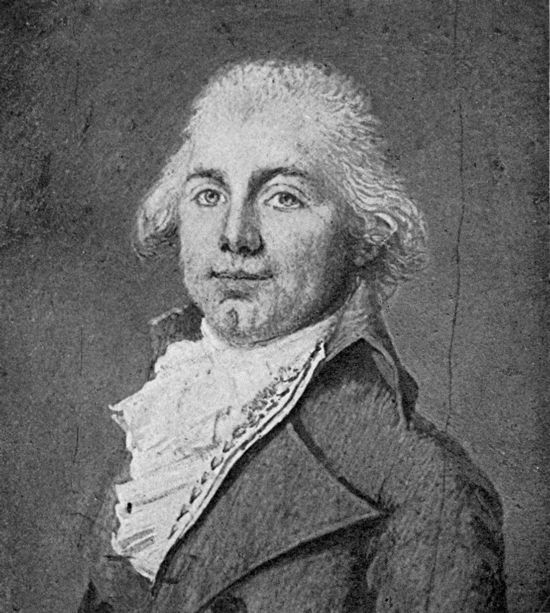 In 1774, as the American Revolution drew nearer, James Monroe and his classmates from the College of William & Mary looted 200 muskets and 300 swords from the Governor's Palace after Governor Dunmore fled the capital. The stolen arsenal was donated to the Virginia militia. Wikimedia Commons 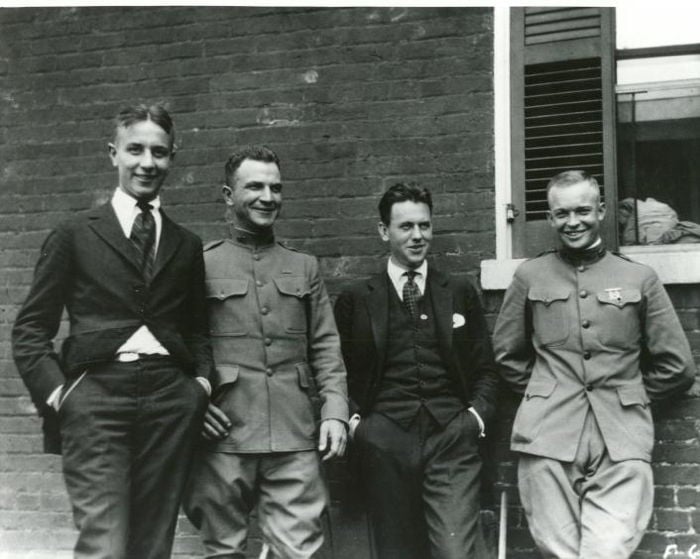 Long before his career as a five-star general and president, Dwight D. Eisenhower (far right) injured his leg, leading to a very dangerous infection. Doctors recommended that the leg be amputated. But Eisenhower, then merely a high school freshman, refused and soon recovered. Wikimedia Commons 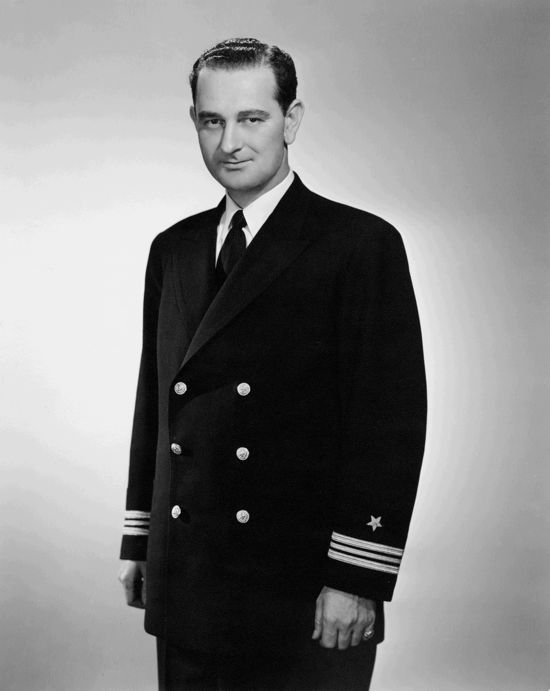 Lyndon Baines Johnson was just 12 when he told his classmates that he was going to be president of the United States someday. However, Johnson did not do well in school and was not accepted into his preferred college (Southwest Texas State Teachers College). Feeling lost, he and five friends bought a car, drove to California, and did odd jobs before hitchhiking back to Texas and getting arrested for fighting. He was finally accepted into his preferred college in 1927. Wikimedia Commons 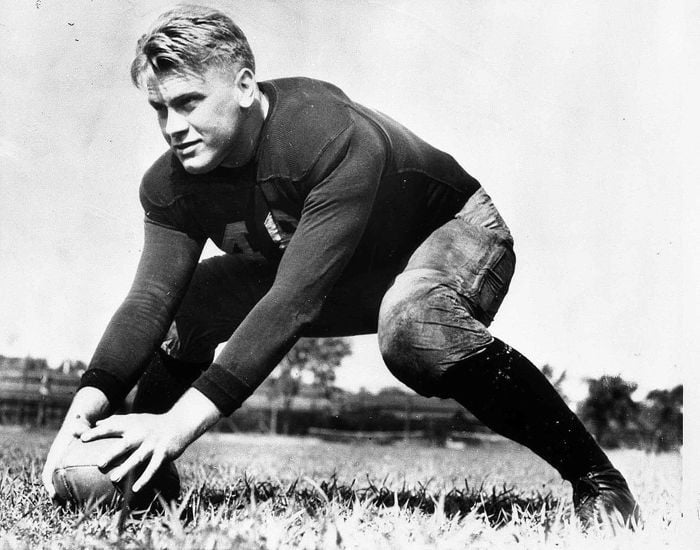 Gerald Ford was as good at academics as he was at football. Upon graduation, the Detroit Lions and the Green Bay Packers offered Ford a contract. Instead, he insisted on going to law school and used his athletic prowess to get a job as an assistant football coach at Yale University, where he graduated in the top third of his class in 1941. Wikimedia Commons 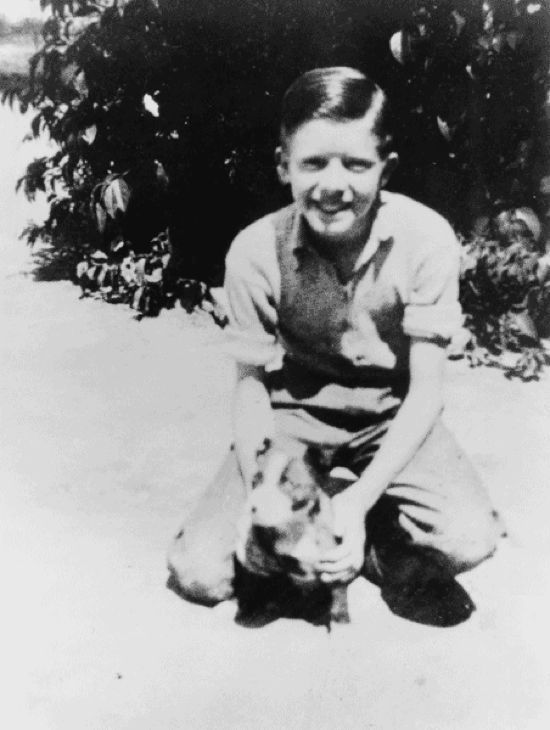 Growing up on a peanut farm meant Jimmy Carter would develop a deep bond with rural environments, which would also spell opportunity. By age 13, in the midst of the Great Depression, Carter had earned enough money on the farm to buy five low-priced houses to be rented out to local families. Wikimedia Commons 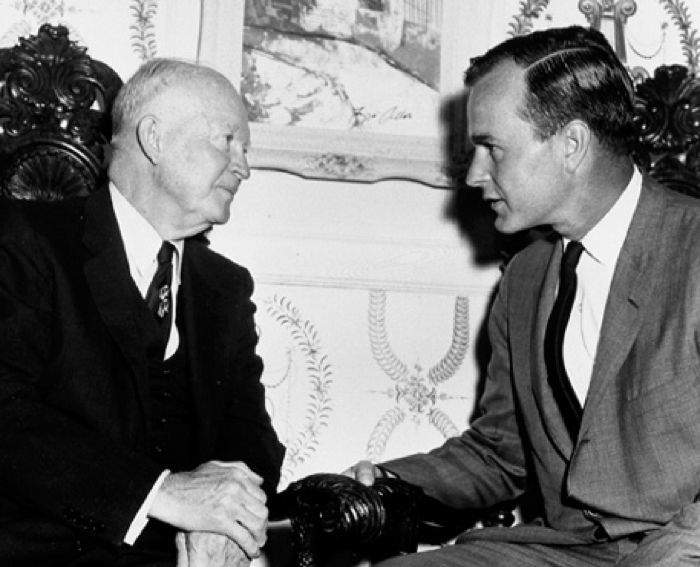 As a young World War II pilot, George H.W. Bush (right, with Dwight Eisenhower) was shot down over the Pacific. However, Bush managed to escape from his plane and evade Japanese capture, unlike his eight comrades, who were tortured, beheaded, and cannibalized by Japanese officers.Wikimedia Commons 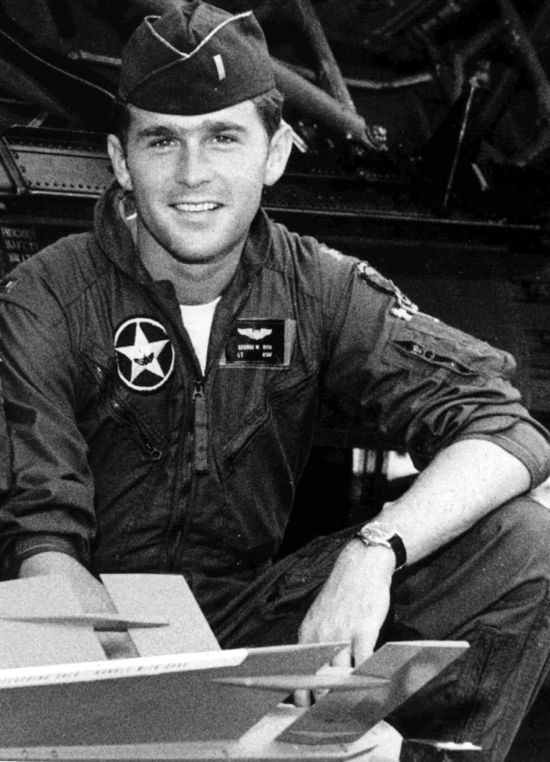 Like his father, George W. Bush went to Phillips Academy in Andover where he struggled academically and got a zero for his first written assignment (Bush had overused a thesaurus that he thought would improve his vocabulary). Wikimedia Commons 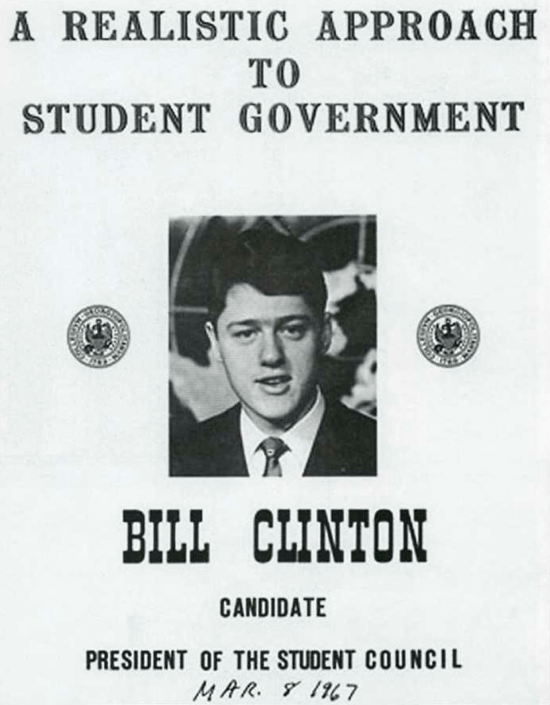 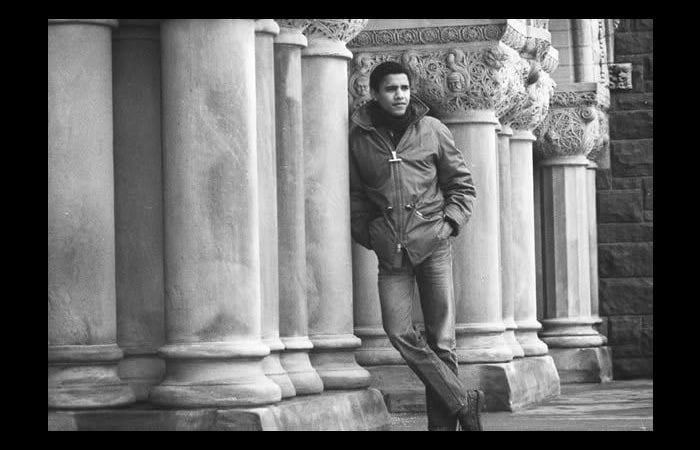 Growing up in Hawaii, Barack Obama (then going by the nickname Barry) experimented with drugs, specifically marijuana and cocaine. sPinterest

Next, check out 21 of the most shocking presidential quotes. Then, check out just how much the presidency aged Barack Obama, Franklin D. Roosevelt, and Abraham Lincoln.