Then And Now: Photo Comparison Reveals Lincoln’s Unbelievable Aging During The Civil War 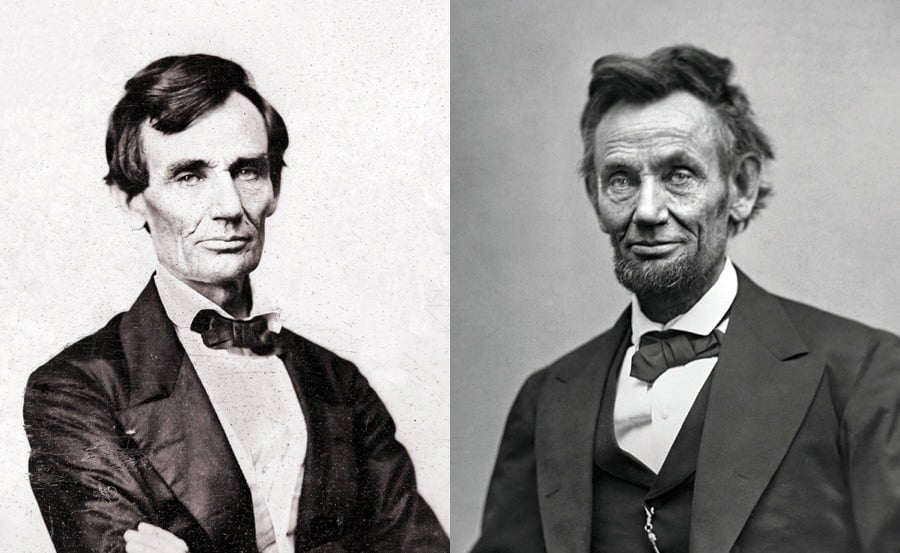 While next to impossible to determine the greatest, worst, or even most impactful U.S. president, it is somewhat easier to decide on the one who held everything together despite seemingly insurmountable odds: Abraham Lincoln.

You already know the challenges presented by the Civil War, but it’s incredibly hard for anyone living today to grasp just how destructive that war was as it was happening.

It goes without saying that 750,000 dead will always sound like a lot of people, but think about how much worse that number becomes when you consider that the United States’ population at the time was just 30 million. Putting the Civil War’s death toll in the context of today’s population numbers, it would be the same as 8 million Americans wiping each other out in just four years.

While we can try to imagine the apocalyptic anxiety of a nation coming apart at the seams, to experience it as it was happening would have been immeasurably worse. Even if you can intellectually understand it, to really see the impact it had — the death, the destruction, the cataclysm — you need look no further than the face of Abraham Lincoln before and after his first term. The creases you’ll find there say it all.

If you enjoyed this Abraham Lincoln before and after photo comparison, take a look at some other presidents: See President Obama’s aging since taking office, and the toll four terms took on Franklin Roosevelt.