The Tragic Life Of Henry Rathbone, The Man Who Tried To Stop Lincoln’s Assassin — And Went Insane Because Of It

Union Army Major Henry Rathbone spent his life wracked with guilt after he wasn't able to stop John Wilkes Booth, causing his mental health to eventually deteriorate so much that he murdered his wife in 1883.

On April 14, 1865, Henry Rathbone, his fiancee Clara Harris, First Lady Mary Todd Lincoln, and President Abraham Lincoln took a seat in the Presidential Box at Ford’s Theatre in Washington, D.C. Near the end of the play they were watching, John Wilkes Booth quietly entered the box and fired a single shot, fatally injuring the president and sending the rest of the group into panic. 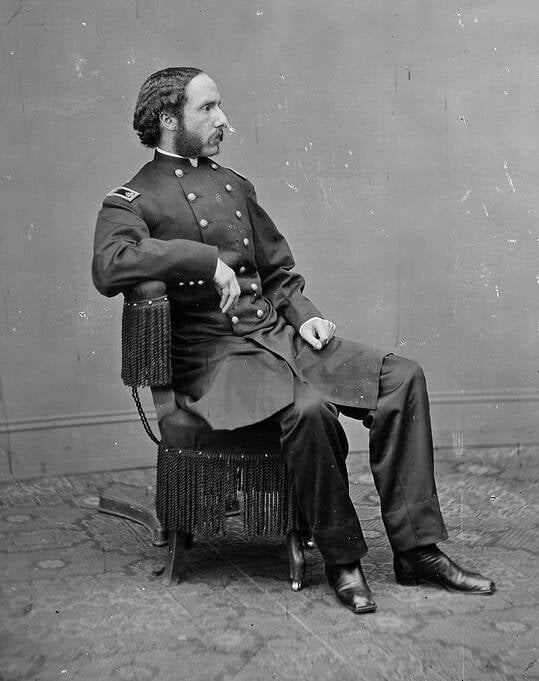 Library of CongressHenry Rathbone was a decorated military officer and politician.

Rathbone, a military officer and a friend of the Lincoln family, jumped into action. He was severely wounded while trying to apprehend Booth, but the assassin slipped out of his grasp and jumped from the balcony.

In the years following the attack, Rathbone’s mental health rapidly deteriorated. He blamed himself for not being able to stop Booth or save Lincoln. On Dec. 23, 1883, in a delusional rage, he killed his wife and attempted to take his own life.

Henry Rathbone spent the rest of his life at an asylum in Hildesheim, Germany. He never truly recovered from Lincoln’s assassination, the fateful night that destroyed the lives of more than one family.

The Early Life Of Henry Rathbone

Henry Reed Rathbone was born to a wealthy family in Albany, New York in 1837. He lost his father in 1845, and his mother remarried three years later. As an adult, Rathbone entered politics as a U.S. Senator, appointed by President Abraham Lincoln’s Secretary of State.

His mother’s second husband, New York senator and state Supreme Court justice Ira Harris, had several children of his own. Over time Rathbone and Harris’ daughter Clara began a romantic relationship. They announced their engagement just before the Civil War broke out, according to the New York Historical Society. 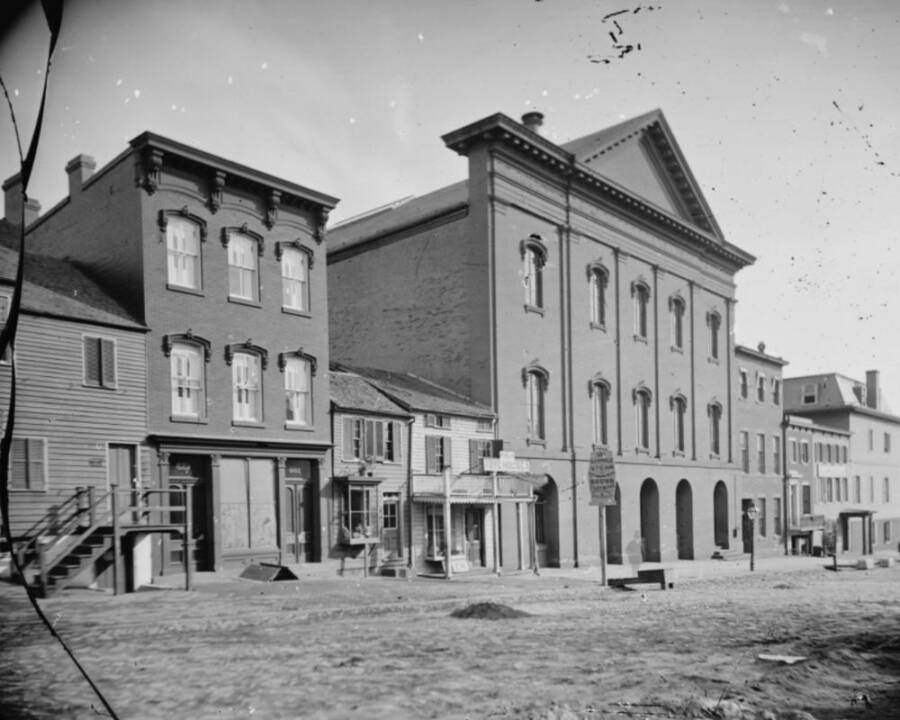 Rathbone joined the Union Army at the beginning of the Civil War, and he served as a captain for the 12th Infantry Regiment in some of the conflict’s bloodiest battles. By the end of the war, he’d been promoted to major, and he soon returned to life in Washington, D.C.

Throughout the course of the war, Clara Harris had become friends with First Lady Mary Todd Lincoln through D.C.’s social scene — and through her father’s political connections. When the Lincolns decided to attend a showing of the play Our American Cousin at Ford’s Theatre on the evening of April 14, 1865, they asked Rathbone and Harris to join them after Ulysses S. Grant and his wife were unable to make it.

Rathbone had no idea that his life would soon change forever.

The Assassination Of Abraham Lincoln And Rathbone’s Response

Just after 8 p.m. on April 14, 1865, Henry Rathbone and Clara Harris met up with President Lincoln and the First Lady on the corner of 15th and H Streets in Washington, D.C. to ride with them to Ford’s Theatre, according to Emerging Civil War.

They arrived at the theater and settled into the Presidential Box to watch the play. Just after 10 p.m., however, John Wilkes Booth sneaked into the box and fired a carefully-timed shot just as the audience burst into laughter over a funny line.

Rathbone later testified about his actions in the immediate aftermath. “I instantly sprang toward [Booth] and seized him,” Rathbone said. “He wrested himself from my grasp, and made a violent thrust at my breast with a large knife.”

He continued, “I parried the blow by striking it up, and received a wound several inches deep in my left arm, between the elbow and the shoulder.” 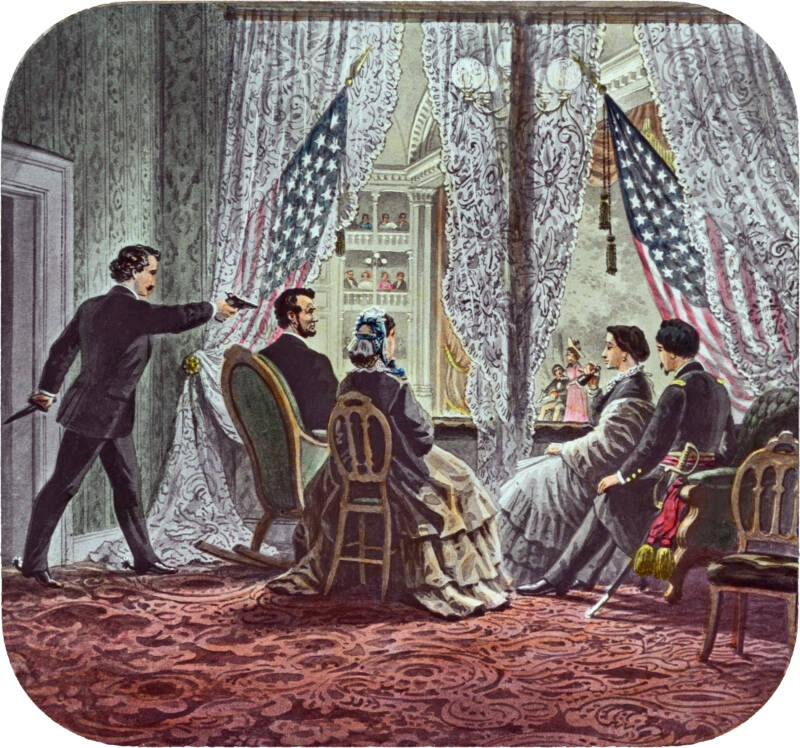 National ArchivesLincoln was shot by John Wilkes Booth on April 14, 1865.

Booth then broke free from Rathbone’s grasp, and the major shouted, “Stop that man!” Booth managed to escape, and Rathbone wrenched open the door that Booth had barred with a plank so that doctors could rush in to aid the dying president.

Once Lincoln was carried across the street to a boarding house where doctors tried to save his life, Rathbone and Harris helped the First Lady to her husband’s bedside. Rathbone then passed out from blood loss, and he was taken to the Harris home to recover.

Lincoln died from the gunshot wound to the head early the following morning, and Henry Rathbone never forgave himself for not being able to stop Booth.

Rathbone, once a healthy, vibrant member of upper-class society, began struggling with both his physical and mental health in the years following Lincoln’s assassination. Determined to carry on with life as normally as possible, though, he and Harris got married in 1867 and had three children.

After resigning from the military in 1870, Rathbone struggled to maintain employment due to his deteriorating health. According to We’re History, he developed “attacks of neuralgia of the head and face,” heart palpitations, and breathing difficulties. Rathbone also grew paranoid that his wife was going to take the children and leave him for another man. 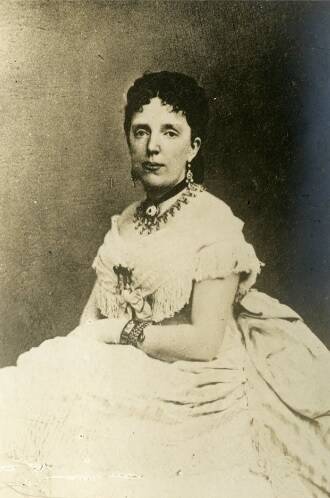 Clara Harris was as supportive of her husband as she could be. In a letter to a friend, as printed in the History of American Women blog, she wrote, “I understand his distress… In every hotel we’re in, as soon as people get wind of our presence, we feel ourselves become objects of morbid scrutiny… Whenever we were in the dining room, we began to feel like zoo animals. Henry… imagines that the whispering is more pointed and malicious than it can possibly be.”

In an effort to start fresh and escape the constant bombardment of reporters, the Rathbone family moved to Germany in 1883. Unfortunately, Rathbone’s descent into madness only hastened once there.

The Tragic Murder Of Clara Harris And Rathbone’s Later Life

Clara Harris hoped that the international move would benefit her family. Unfortunately, however, Rathbone did not handle it well. He only became more paranoid and angry as time went on.

Dr. G. W. Pope, the man who attended to Rathbone the night of Lincoln’s assassination, later said that Rathbone “was never thoroughly himself after that night… I have no hesitation in affirming that the dreaded tragedy, which preyed upon his nervous and impressionable temperament for many years, laid the seeds of that homicidal mania.”

On Dec. 23, 1883, Rathbone’s mental health had deteriorated to a point where he took up arms against his own family.

That evening, he grabbed his revolver and went into his children’s bedroom. Harris was able to distract him, and she beckoned him into their own room instead, closing the door behind them.

Rathbone then violently attacked Harris, shooting her several times before stabbing her to ensure she was dead. He then turned the knife on himself, thrusting it into his chest five times in an effort to take his own life.

Henry Rathbone survived, and he was declared insane and not prosecuted for his wife’s murder. He was sent to Provincial Insane Asylum, where he remained for nearly 30 years until his death on Aug. 14, 1911.

Abraham Lincoln’s assassination changed American history forever and destroyed the lives of the president and his family. However, it also lead to the ruin of the young and promising Rathbone family, a tragedy of its very own.

After reading the little-known story of Henry Rathbone, learn about the short, tragic life of Abraham Lincoln’s son William Wallace Lincoln. Then, discover 33 fascinating facts about the 16th president.