This week in health: Suicide rates reach 30-year high, why Europeans live longer than Americans, how loneliness hurts your heart, and where your thoughts go when you “lose” them.

Why Europeans Live Longer Than Americans 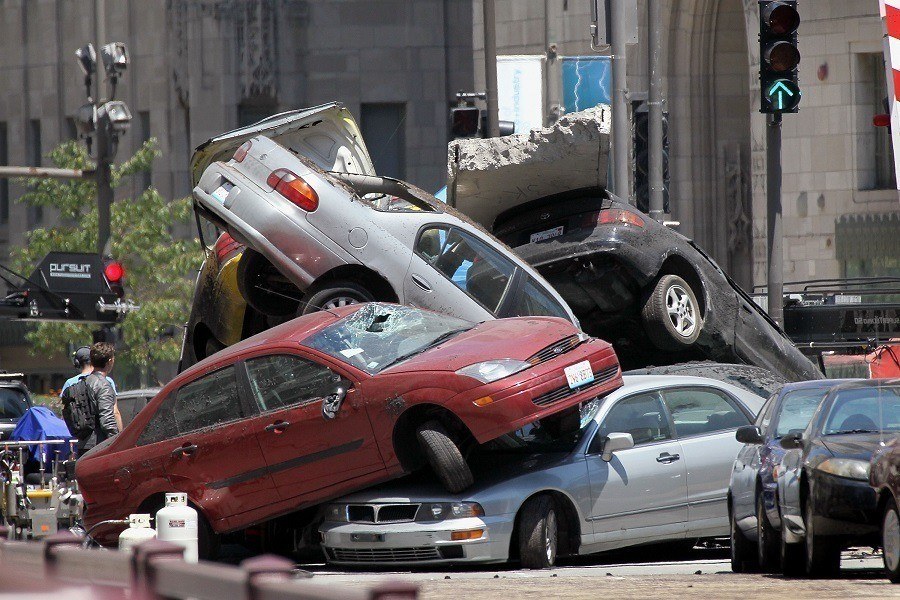 Car crashes are among the leading causes of death that cause the average American lifespan to be shorter than those of other developed nations, a news study finds. Image Source: Scott Olson/Getty Images

There’s no way around it: Americans just don’t live as long as those in other developed nations.

A new study, lead by Andrew Fenelon of the CDC and published in The Journal of the American Medical Association has found that the average American lifespan (76.4 and 81.2 years for men and women, respectively) is 2.2 years shorter than that of several European countries and Japan, among others.

“The idea that Americans live several years shorter than we would expect them to, given the level of development, is sort of already known,” Fenelon said, “but every time I come across that number it seems staggering that we get two fewer years of life just for living here.”

The Reasons Behind The Surging U.S. Suicide Rate 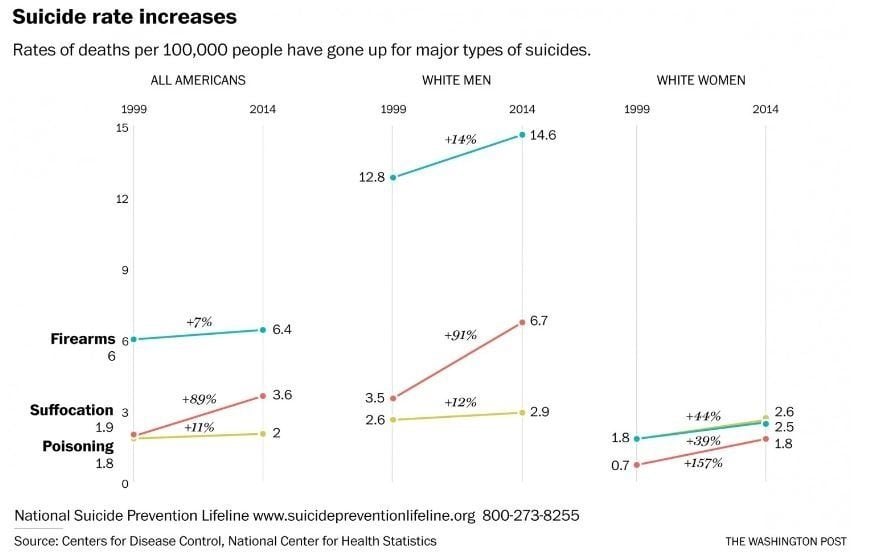 As we’re sadly reminded each time there’s a mass shooting in America, the country has a dire homicide problem. But what too few may realize is that the country’s suicide problem is perhaps even more troubling.

According to new numbers just released by the National Center for Health Statistics, there are more than two suicides for every homicide in America — and the country’s suicide rate increased by 24 percent between 1999 and 2014, reaching a high of 13 suicides per 100,000 people.

Within that overall increase, the new report reveals that middle-aged white people and women are committing suicides at especially high rates, and that more and more suicides involve suffocation.

Explaining this alarming trend is no easy task, but one of the biggest factors in play seems to be the economic downturn that began near the end of the last decade.