When Women Could Take Their Husbands To Court Over Erectile Dysfunction 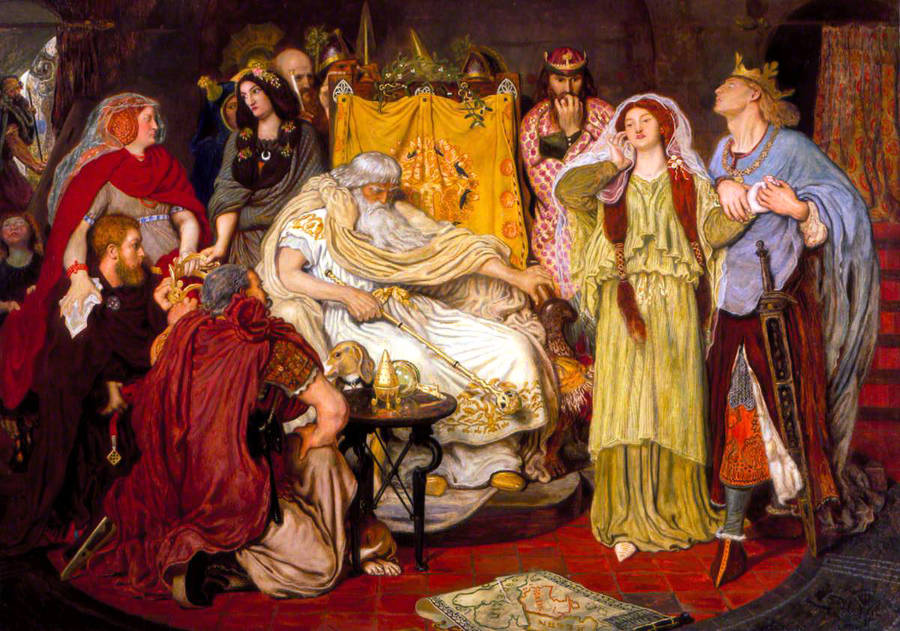 Wikimedia Commons An artist’s depiction of a dowry ceremony. Should a woman win her divorce case, the dowry paid to her husband would be returned to her family.

Just a few generations ago, marriage was an eternal bond that lasted through thick and thin — which likely resulted in a lot of unhappy people, but still, the low divorce rate numbers looked good on paper at least. These days, however, a whopping 40 to 50 percent of marriages end in divorce (at least in the U.S.).

The most common legal grounds for divorce continues to be “irreconcilable differences,” meaning that no one was especially at fault in any specific for the dissolution of the union. Sometimes, however, a specific reason can be pinpointed, the most common being infidelity, money issues, and lack of communication, to name a few.

But back in 16th century Europe, marriages weren’t so easy to dissolve, and the legal grounds for divorce included reasons that might shock many of us today — including erectile dysfunction.

Although erectile dysfunction is a common reason for the marital woes of many today and still remains on the books in some U.S. states at present, the issue was actually a major reason for marital annulment as early as the 13th century in European countries like France, Spain, and England — and, in some cases, it was the only acceptable reason.

Because marriage was created by the church in part as a means for procreation, to be unable to uphold your end of the bargain, so to speak, was considered a form of fraud. Should one pursue divorce proceedings on grounds of erectile dysfunction, they would be subjected to a Trial by Congress, in which the court was sometimes literally allowed inside one’s bedroom. According to The Paris Review:

“In some accounts, all that shrouded the copulating pair were thin paper screens; in others the small crowd gathered behind a half open door or in an antechamber. The entire trying event lasted roughly two hours… Before and after there were careful checks for fraud. On entering, each party was stripped and examined in every available orifice, searched for vials of blood, and checked for the use of astringents. Afterward, their genitals and bedsheets were subject to examination for fluids.”

Because divorce was so uncommon back then, however, the proceedings might include more than a Trial By Congress and things certainly weren’t as easy as accusing your partner of impotence and going along your merry way. Couples would often have to wait up to three years before an annulment was granted, and during that time it was the woman’s responsibility to prove she was not at fault, often via a series of invasive and humiliating tests.

Proving that the marriage was never consummated in the first place was a woman’s best bet at being granted a divorce. The only way to prove that one was still a virgin was by allowing a doctor to inspect her reproductive parts with what was essentially a fake penis in an examination that would often result in the “deflowering,” or, breaking of the hymen, itself.

And the woman wasn’t the only one subjected to such tests. Italian men accused of impotence or erectile dysfunction, for example, were given aphrodisiacs and forced to perform in front of a “sexual expert” to see if he could, in fact, get erect. Spanish men faced a far worse test, which involved their penises being submerged in hot water, then freezing water, and observed for blood flow.

Over time, humanity has taken great measures to assist with the sexual functions of countless men via tricks and cures designed to stimulate an erection, none nearly as simple as popping a little blue pill. Some of the strangest methods include a prostate warming device, urethra rods made of metal, baby crocodile hearts (which were ground up and rubbed on the penis), and even a goat testicle transplant, which took place in 1917 (and did not work.)

However, centuries ago, erectile dysfunction cures weren’t nearly as safe or reliable as they are today, and husbands who couldn’t perform could very well find themselves divorced.

But should a woman be granted her divorce, the most she could usually hope to get out of a settlement was nothing compared to the trials of today. Often, the man would only be ordered to pay for any and all costs associated with trial proceedings and ordered to return any dowries received — not much of a settlement considering how hard it was to actually get the divorce in the first place.

Next, discover the most interesting wedding traditions from around the world. Then, see what really happens to men’s testosterone levels once they’ve married and have kids.