The Story Behind The NYPD’s Crazy-Corrupt 77th Precinct

A group of crooked cops in the late 80's were responsible for the NYPD's entire anti-corruption policy. 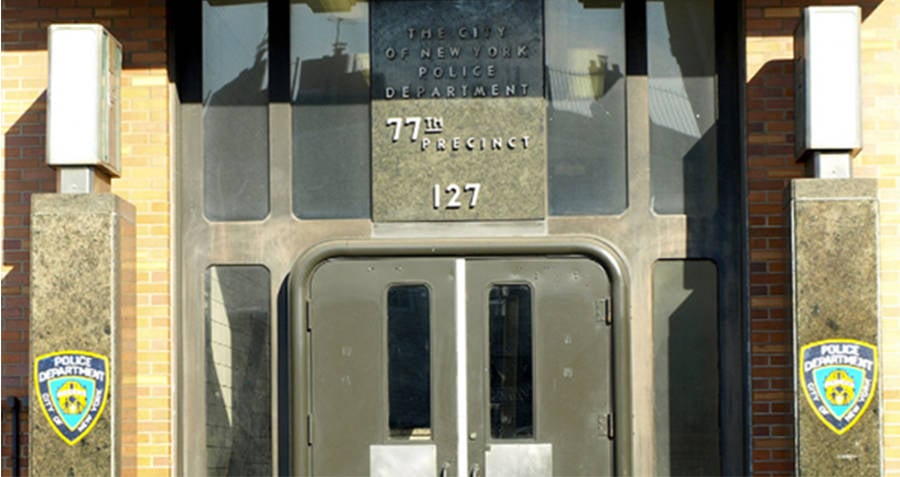 FlickrThe front doors of the 77th precinct in Brooklyn, NY

In 1986, after three years of being on the force, Brian O’Regan killed himself. His suicide was an alternative to being arrested, as 11 of his fellow officers had been that day, on charges of corruption, theft, and illegal drug and firearm distribution.

During their arraignment, all of the officers were indicted, sparking a major change in the way the NYPD handled corruption for years to come.

In the three years before O’Regan’s death, Brooklyn’s  77th Precinct had made a name for itself as a home for crooked cops. Officers routinely stole money off dead bodies and pocketed cash from drug busts. When there weren’t enough busts to keep them happy, they created their own.

Brian O’Regan, Henry Winter, and William Gallagher were the key players in the mayhem caused by the 77th Precinct.

O’Regan and Gallagher were assigned as partners upon O’Regan’s arrival and began working the midnight shift. It was Gallagher that got O’Regan into the ‘Raiders’ game.

On their first night out Gallagher showed him how to steal. They drove to a smoke shop where Gallagher took $150 from behind the counter and gave it to O’Regan. A small sum when compared to what the team would later deal with.

“I felt like I was one of the boys,” O’Regan recalled later.

After the night at the smoke shop, he found out that it had hardly been a one-off. The night shift was full of cops who would prowl for unsuspecting places to pilfer from, especially ones where a drug deal was likely to happen.

O’Regan proved to be good at finding them.

When they found a spot to raid, they would send a signal over the radio to other interested cops. The assembled group would gather at a nearby firehouse, go to the spot together, and bash down the door with sledgehammers as they came screaming in.

They would then take the money as they arrested the dealers, pocketing it for themselves.

As out of control as they were during working hours, they maintained a strictly clean persona outside of work.

“We never did anything out of uniform,” O’Regan later said. Instead, they hid behind it.

Henry Winter joined the force after O’Regan. Winter stepped up when O’Regan was having doubts, even offering to help him find a way out of the NYPD.

They even followed through on the fake gun battle, though in the end both of them were too scared to shoot O’Regan, even in the hand.

However, shortly after offering O’Regan an out, Winter himself joined in on the raiders ring.

By 1985, Winter had solidified himself as part of the gang, getting paid $800 from drug dealers every week to keep him from raiding them. His cockiness is what caused his downfall.

The Internal Affairs Division had gotten wind of the raiders ring and was looking for someone to take the fall for it. Winter had made himself a clear target, and his partner went down with him as collateral. 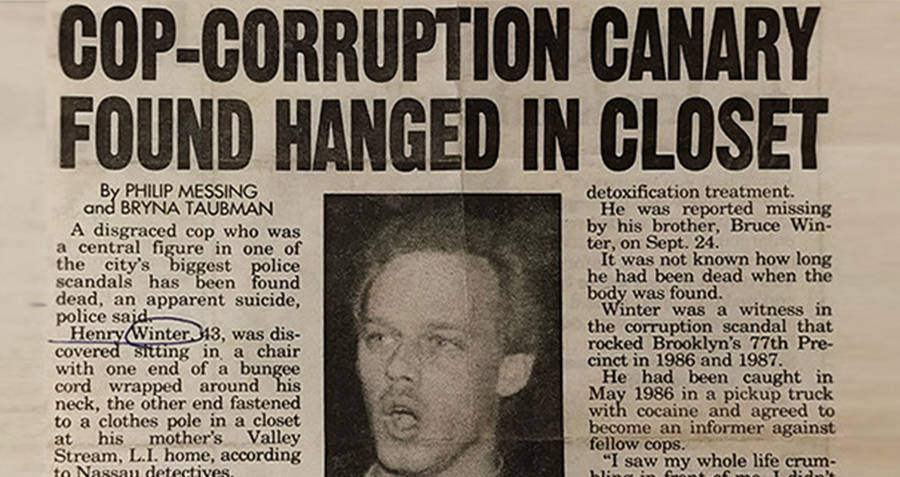 However, instead of arresting them, the Special Prosecutor’s office offered them a deal. If Winter and his partner Tony Magno would wear wires and help them arrest the other crooked cops, they could end up with a deal. Of course, they accepted the terms, agreeing to wear micro-recorders and continue to participate in raids, while periodically report back to IAD on their fellow officers.

Over the course of almost a year, Winter and Magno compiled over 900 pages worth of information on their fellow cops. But while they were working as double agents, rumors began to swirl of their betrayal.

When O’Regan found out that Winter and Magno were possibly sending IAD information about his crimes, he began to lose it. Eventually, he tried to confront Winter about it but didn’t learn anything.

Then, one day, he arrived at work and was told he was suspended, along with 10 other cops. They went to seek legal counsel, all realizing that their prospects weren’t good. Winter was set to appear in front of a grand jury and testify against them.

On November 5th, 1986, the officers were ordered to surrender. All but O’Regan showed up to central booking to be arrested.

The day before they were set to appear in court, O’Regan committed suicide.

At the court hearing, all 12 of the officers pleaded not guilty. However, each were indicted on all charges, including theft and drug distribution. 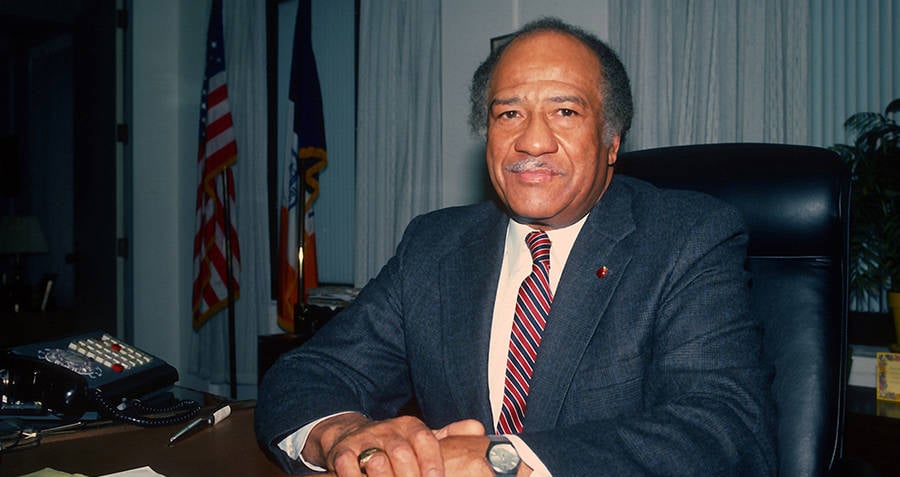 Police Commissioner Benjamin Ward, in his office in 1985

After the 77th Precinct court case was over, Henry Winter followed in O’Regans footsteps and committed suicide as well. His family thought that the stress of informing on his fellow officers had proved to be too much for him.

The indictment spurred the NYPD into action. Commissioner Benjamin Ward announced extensive anti-corruption measures, which included transferring one-fifth of all patrol officers each year. He also announced the formation of a committee comprised of top NYPD commanders to devise more ways of preventing corruption, including questioning all drug dealers about police involvement.

His policies are still in use today.

Enjoyed this article on the 77th Precinct scandel? Read more about corruption with this post on corrupt U.S. election laws. Then read about this incredible undercover arrest in an NYC subway.