As tensions between the U.S. and North Korea come to a head, discover how the Korean War's atrocities have fueled the Hermit Kingdom's anger. 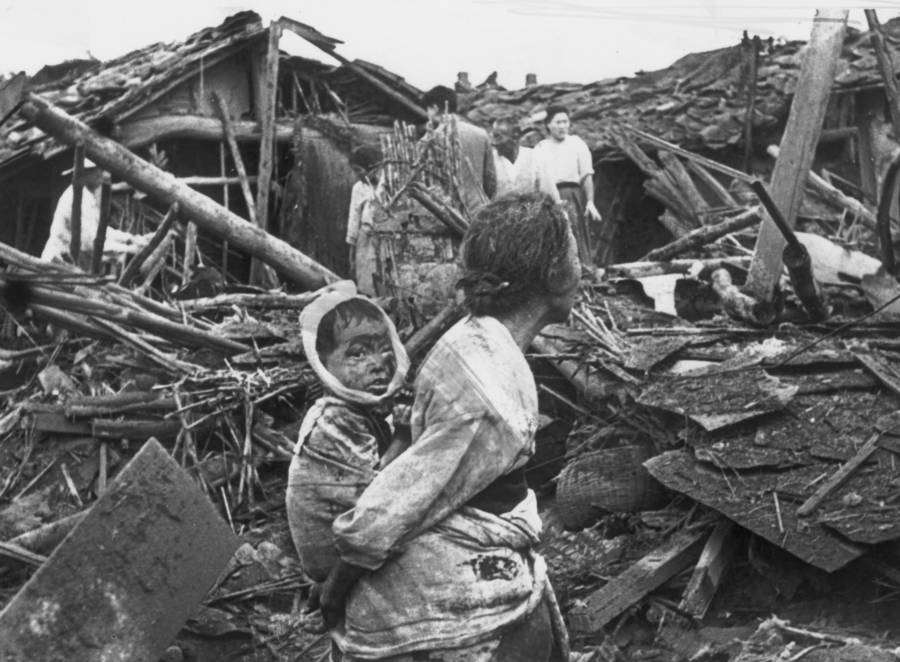 Keystone/Getty ImagesAn elderly woman and her grandchild wander among the debris of their wrecked home in the aftermath of an air raid by U.S. planes over Pyongyang. Circa 1950.

When North Korea launched a short-range ballistic missile on a path that took it over Japan on August 29, the world sat up and took notice.

The aggressiveness of this move was beyond the normal will-test-missiles-for-food economic model that the reclusive dictatorship had fallen into in recent years, and the hostility it displayed was harsh even by North Korean standards.

When challenged over such provocations, North Korean officials are in the habit of doubling down on the vitriol and accusing the United States of being an imperialist aggressor.

Even now, after years of tension that have culminated in an alarming standoff, most Americans and other Westerners are baffled by this rage, which, from the outside, seems unprovoked. After all, North Korea and the U.S. may have been at war in the 1950s, but the U.S. and Vietnam fought for much longer and more recently, and those two get along fine now.

Why, many Americans surely wonder, does North Korea have to be so difficult?

While the North Korean governments’s anti-Americanism may have grown to unreasonable heights, it turns out that there is some fire under all that smoke.

During the Korean War, the United States sent air and ground forces into the territory of the North, where they carried out actions that, in most any other context, would be condemned as war crimes. North Korea never forgot these deeds, and bitterness over America’s refusal to acknowledge them remains a sticking point between the two countries to this day.

Now that the relationship between the two countries has grown so tense, it’s worth looking over this forgotten history and finding out more about what has North Korea so angry.

The War That Never Ended 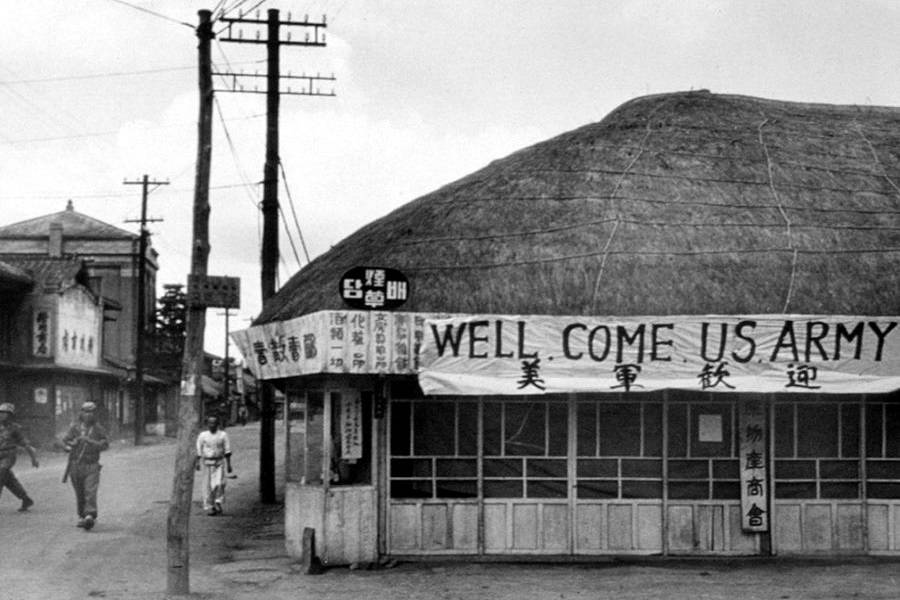 The Korean War began in June 1950, when Kim Il-sung’s communists launched a surprise invasion of South Korea. The initial attack was overwhelming, and South Korean/UN forces were swiftly driven into a defensible pocket in the southeast of the peninsula, near Pusan.

With a great deal of air and naval bombardment, they held the line until U.S. General Douglas MacArthur organized one of the most daring operations in 20th-century warfare: the amphibious landing at Inchon.

This move severed North Korea’s supply line and doomed their forces pressing on Pusan. As the communists retreated across the border and back into the north, U.S. Army and Marine Corps forces rapidly advanced against very little effective resistance.

For a time, American-led UN forces occupied almost all of North Korea. However, in November, 250,000 Chinese soldiers poured over the border to pushed the UN back south.

The Korean War then stabilized on a single front bear the middle of the peninsula, which eventually became the demilitarized zone (DMZ). This DMZ is what separates the two countries — technically still at war, given that no treaty was ever signed — to this day.

But it was during the period of American occupation between the Inchon landing and the Chinese invasion that chiefly American forces committed most of the atrocities that the North Koreans remain angry about to this day.

In a series of actions that are virtually never taught in American schools, the UN forces bombarded population centers, destroyed North Korean agriculture, and filled mass graves with thousands of people deemed to be politically suspect.

According to North Korea, these actions went far beyond military necessity and were, in fact, war crimes and crimes against humanity.