Inside The Colorful World Of Drag 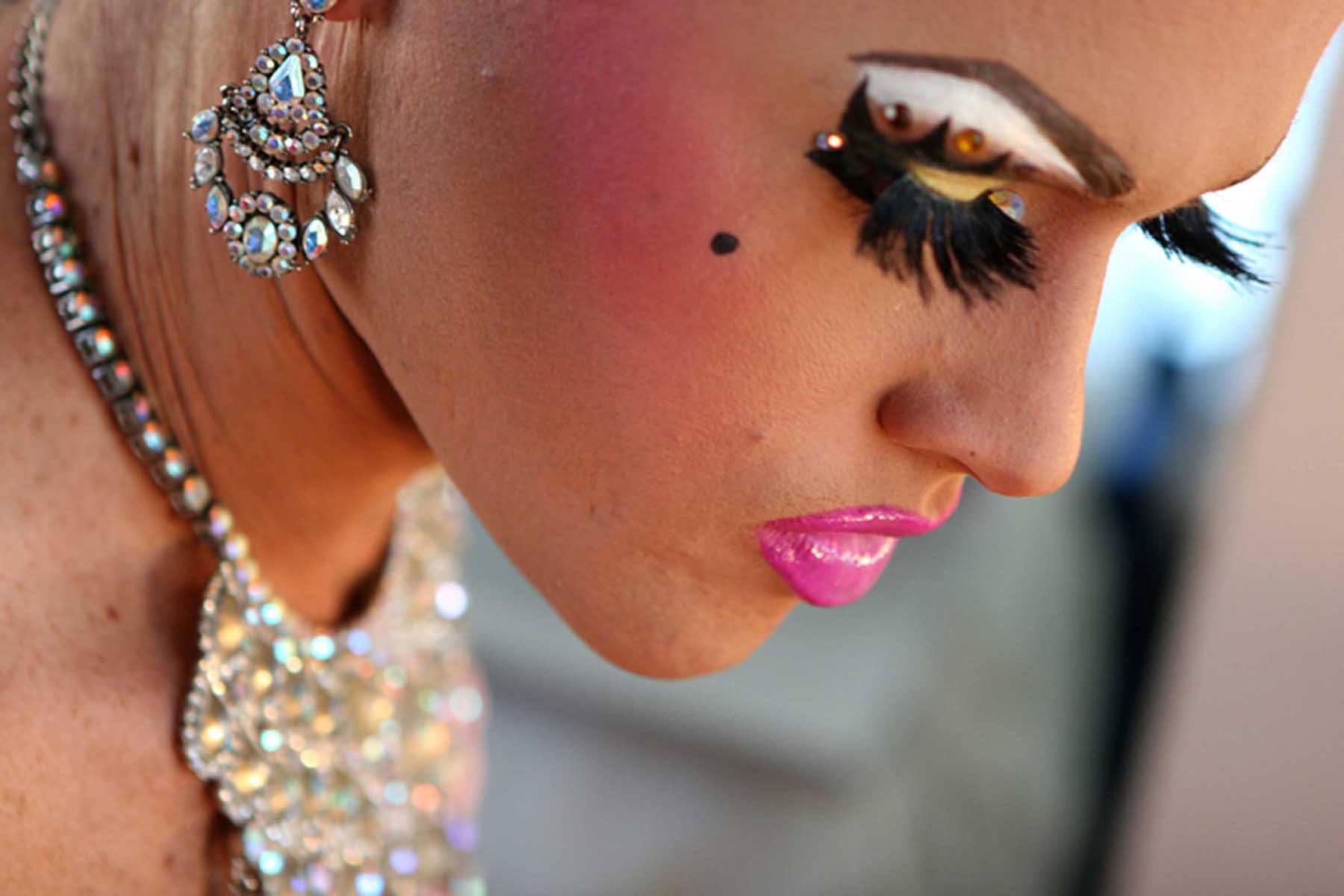 In any society, peculiar institutions tend to grow up that only have relevance—or make any sense at all—within the context of that society. The unique subculture of Drag, for example, came out of the sexual revolution of the 1960s and ’70s, and it developed so rapidly into its own little universe—with its own rules and taboos, customs and conventions—that even somebody born just a generation earlier would have a hard time understanding it. What began as men dressing in women’s clothing, partly as a sexual kink and partly as an expression of personal identity, has morphed into a full-scale community which, despite its deep links to gay and transsexual cultures, is distinct and independent from either.

Modern Drag (dibs on the magazine name) is largely centered around live stage performances in which men dress as outrageous caricatures of women and lip-synch Lil’ Kim for what are sometimes huge audiences. The audience members, and the performers they’ve come to cheer for, may be gay, straight, or bisexual. They may identify as men, women, or mind-your-own-business. Some performers are doing it for the money, some for the fame, and still others because a team of horses couldn’t stop them from doing it. They are, in other words, Drag queens. 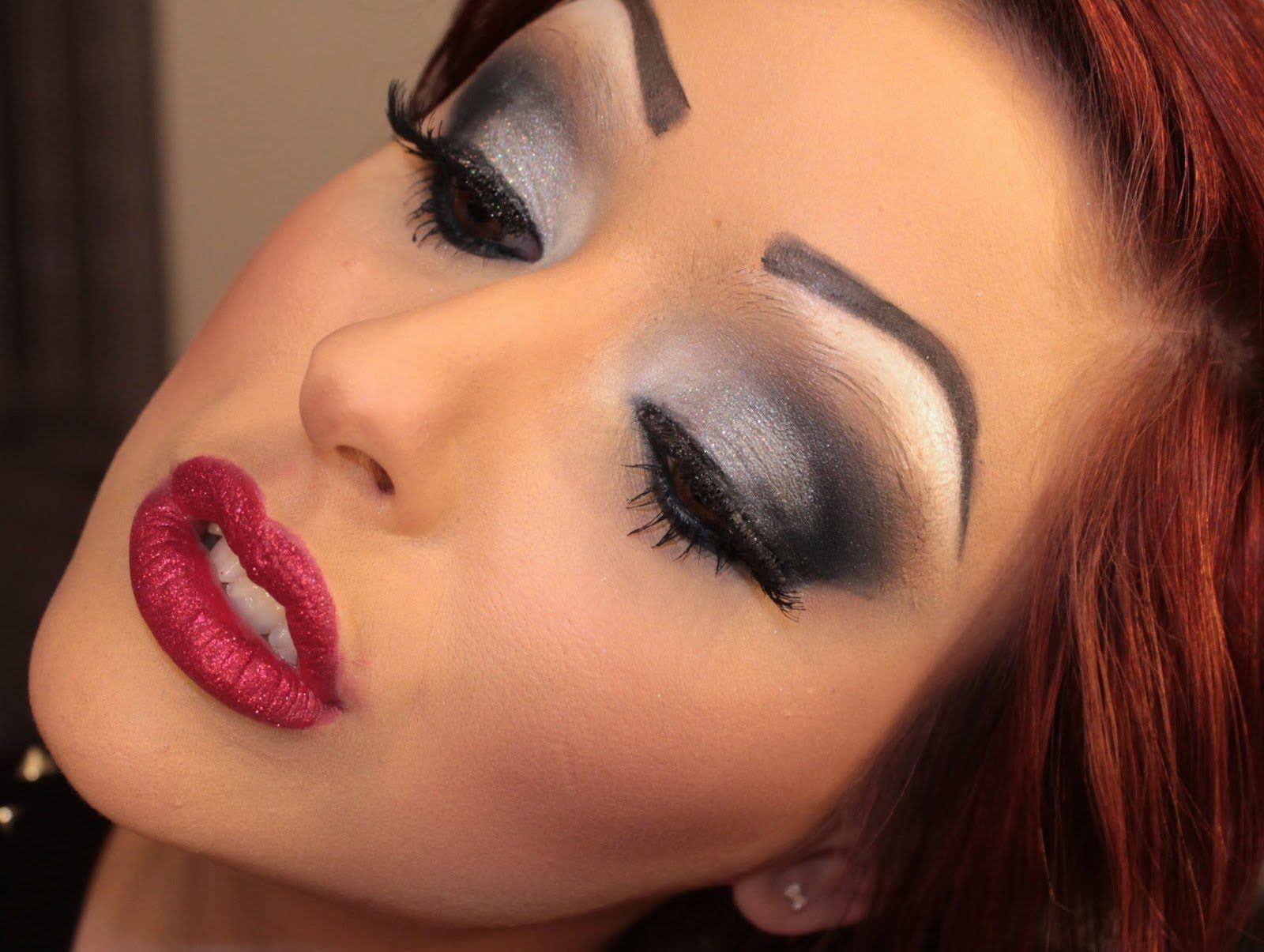 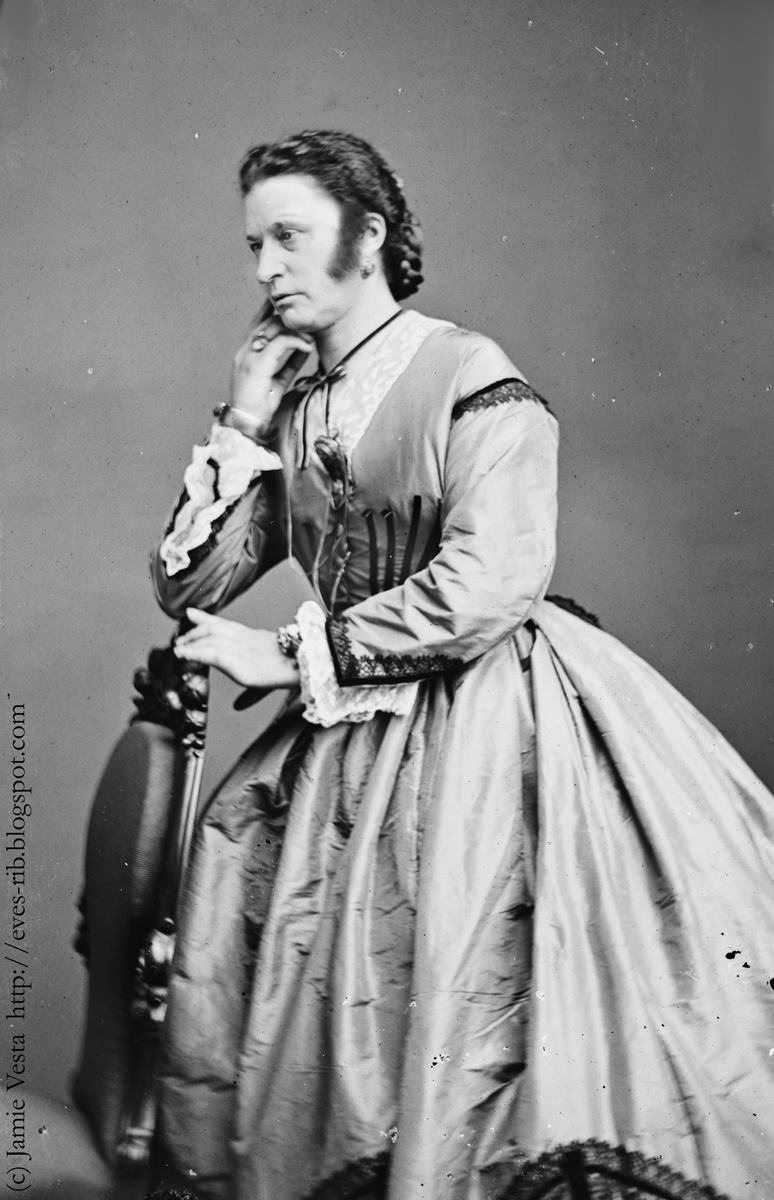 Like most subcultures which suddenly become visible, Drag has deep roots. The kind of cross-dressing practiced in the 19th century seems mostly to have been a personal matter, though stage performances were being enjoyed by the end of the century. Source: On Se Croyait Chic 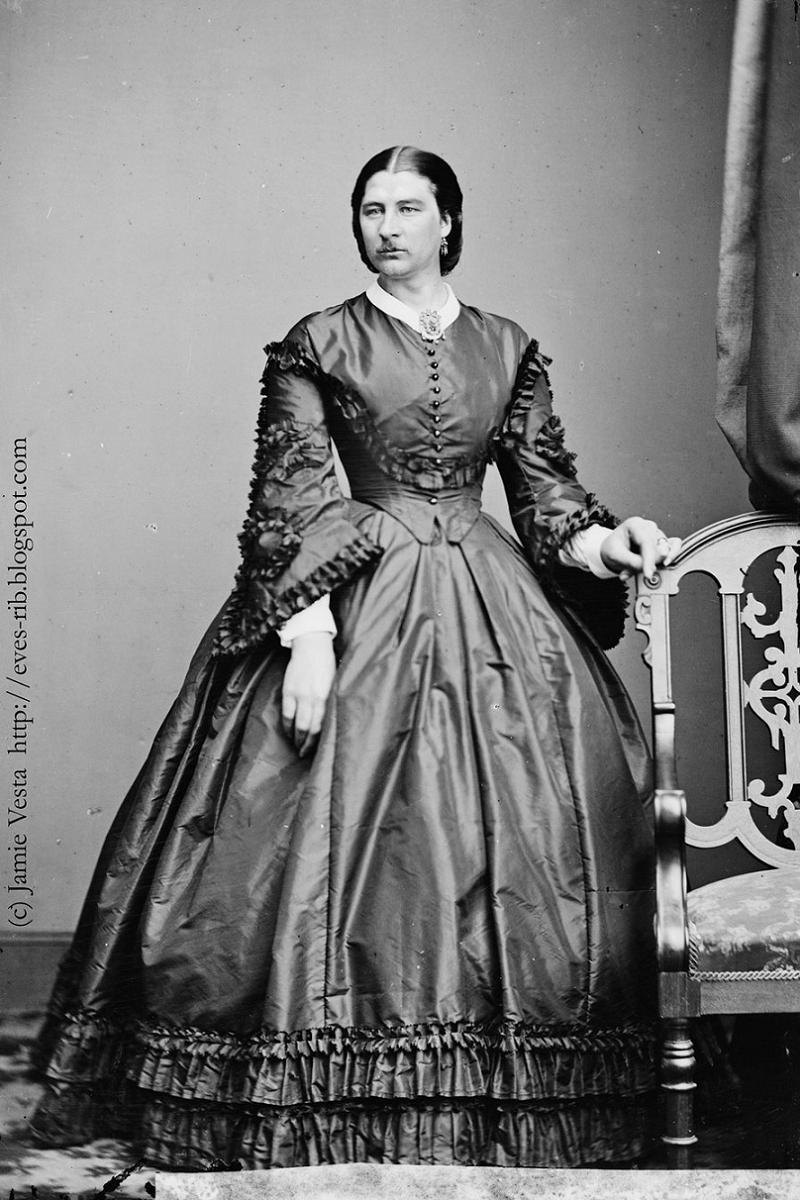 Most of the time, these burlesques were intended for humorous effect or as incidental elements in a larger performance. Drag, as a unique genre of performing arts, only really developed somewhat after the demise of Vaudeville. Still, pretty dress. Source: Pinterest 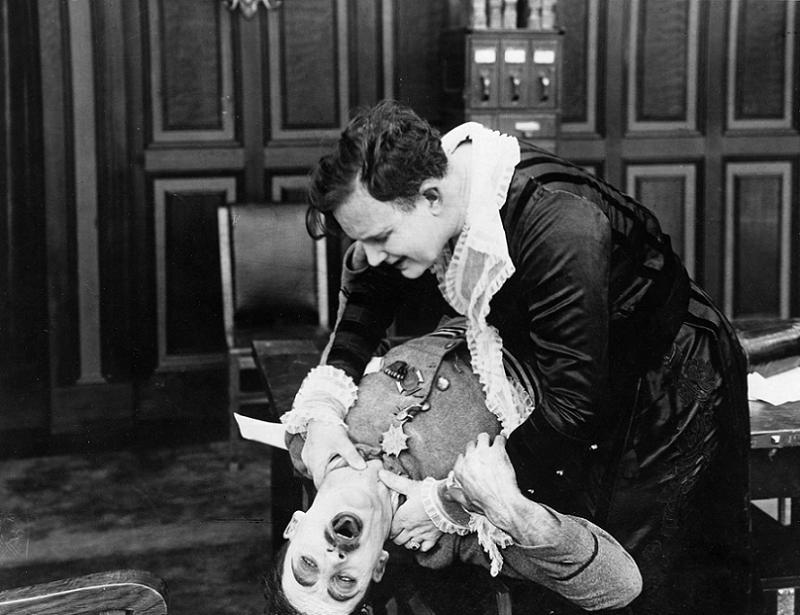 Julian Elting was a gigantic Vaudeville star and one of the few such performers to make the breakthrough into silent films. Here he is in the 1910 film An Adventuress, expressing the hidden desire to choke out an enemy while wearing an elegant silk number with lace at the collar. Source: The Julian Elting Project 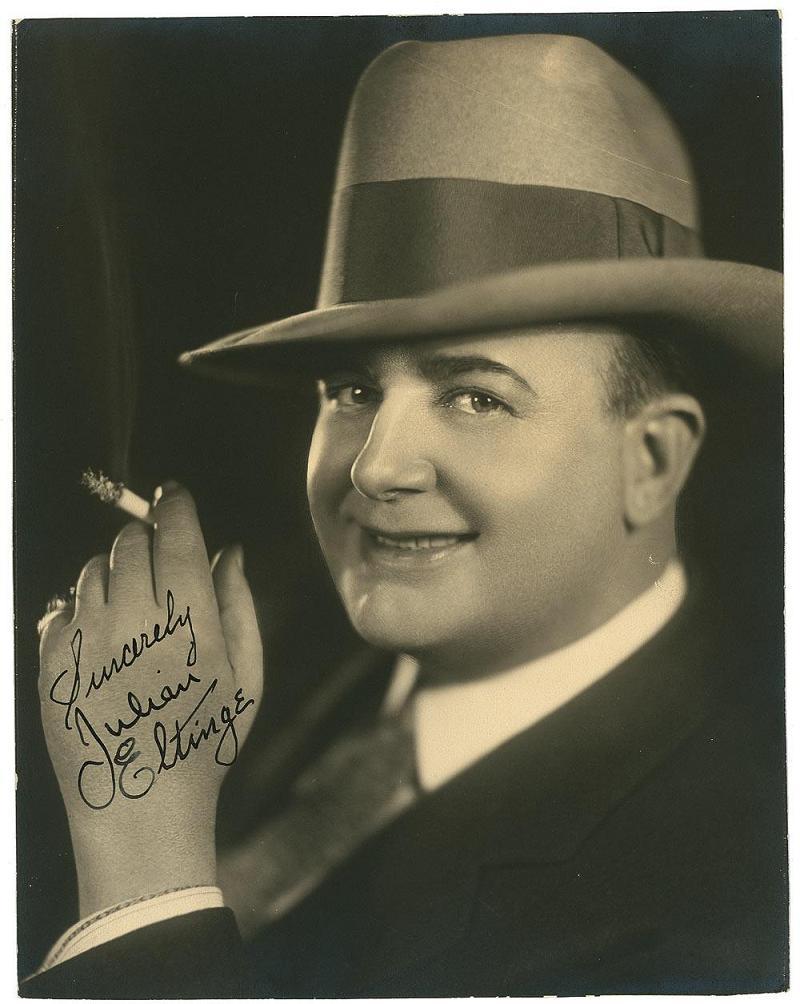 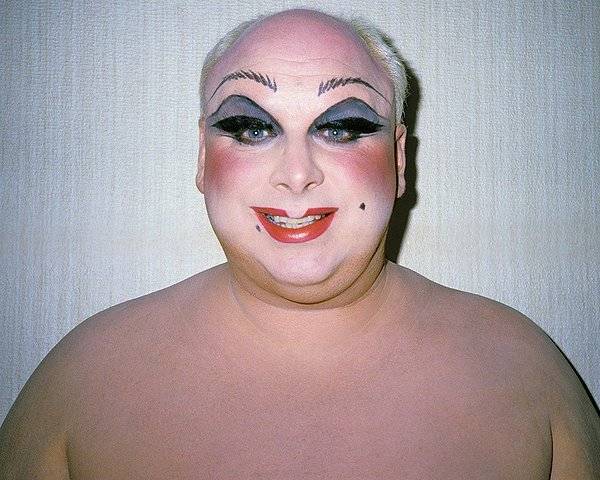 No discussion of Drag can go far before Divine comes up. The liberated spirit the world knew as Divine was born Harris Glenn Milstead, in Baltimore of all places, in 1945. As a kid, Glenn was lucky enough to have the corrupting influence of a close friendship with John Waters, who reportedly gave him the name he'd be known by for the rest of his life. Source: The Back Lot 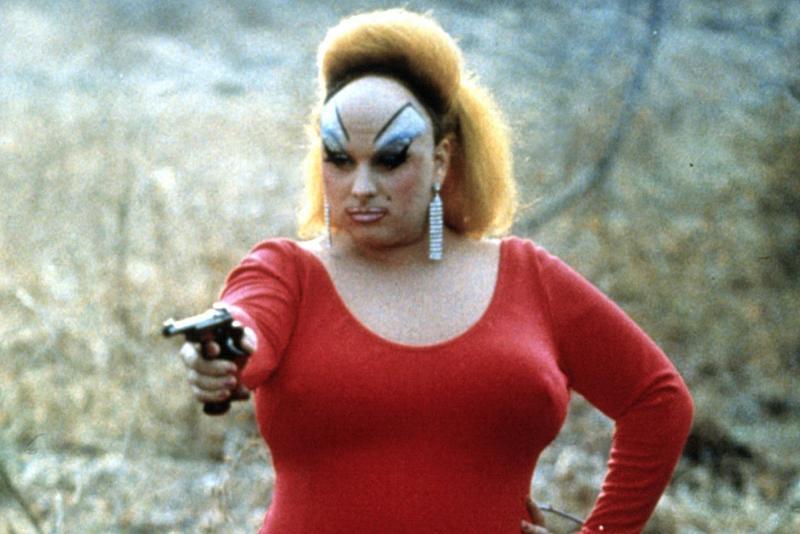 Before Divine mugged the underground film scene in the 1960s and '70s, Drag queens almost always tried to pass as totally convincing women. Drag was essentially a live-action female impersonation. Divine dragged that out and shot it. Huge in every way, Divine practically invented modern Drag by tearing her character loose from "realism" and cooking up a persona which was clearly intended to be a loud, brash, raunchy man in makeup and an evening gown. Nobody ever mistook Divine for a woman, nor were they supposed to. Drag had arrived in the modern age. Source: The Daily Beast 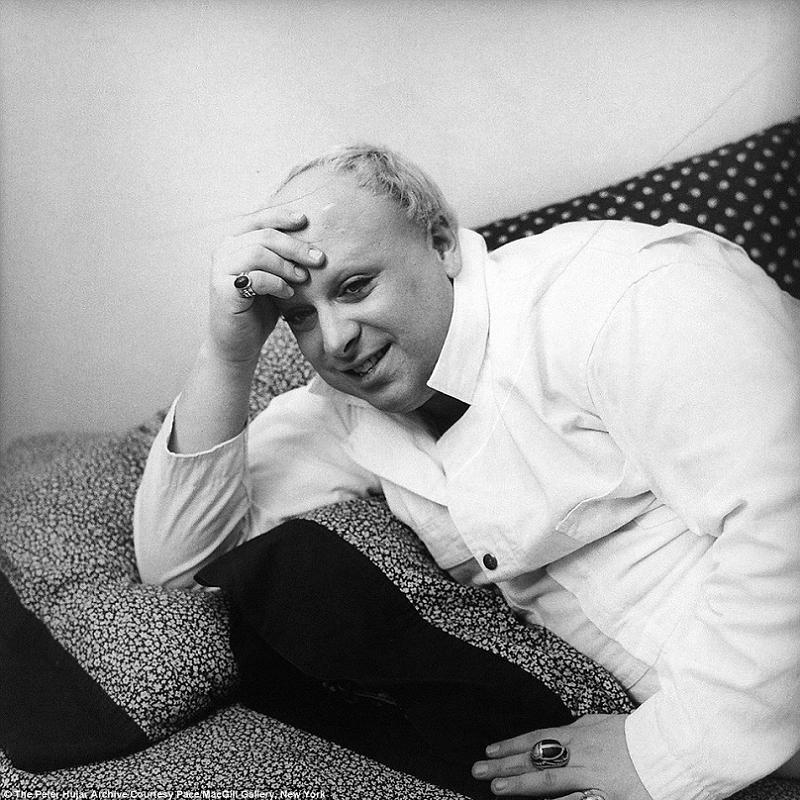 By all accounts, Glenn was a gentle and loving person offstage. This picture, by the way, was taken by Andy Warhol; that's how relevant Divine was. Source: Daily Mail 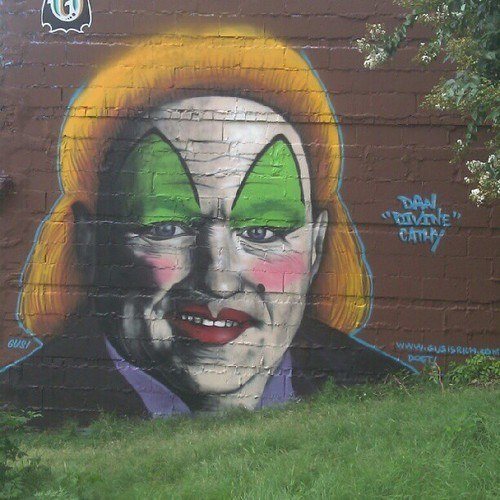 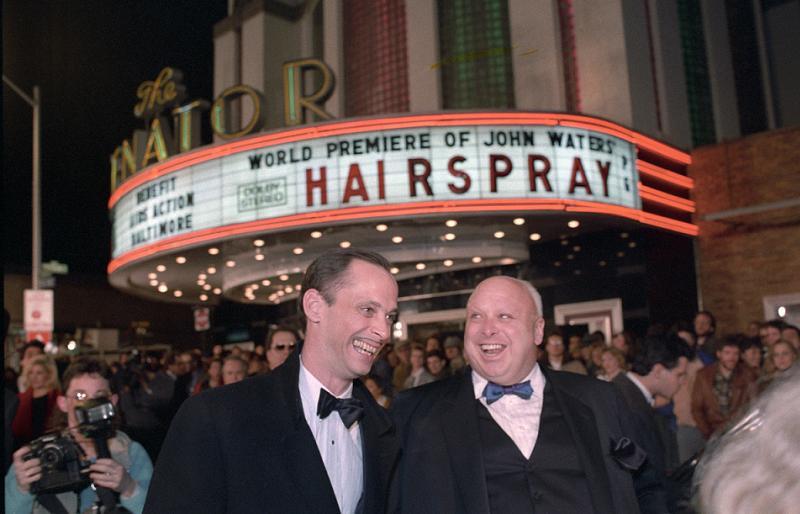 Glenn and John at the premiere of their breakout hit Hairspray. Three weeks after this picture, Glenn was dead from an enlarged heart. Source: The Baltimore Sun 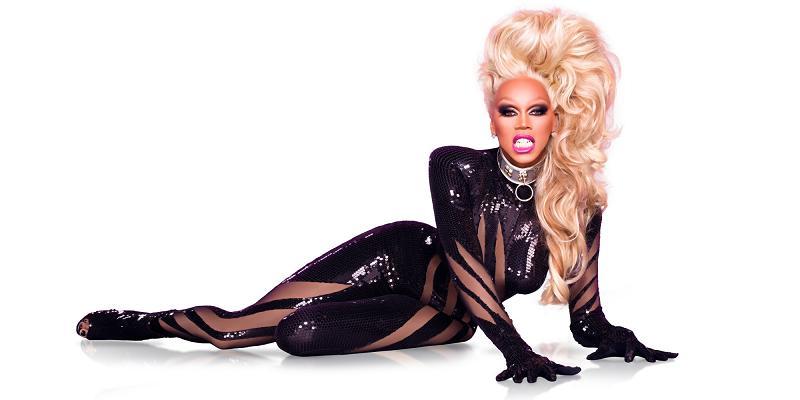 Another pioneer in Drag is RuPaul, seen here wearing a small quantity of body paint in lieu of clothes. Source: The Huffington Post 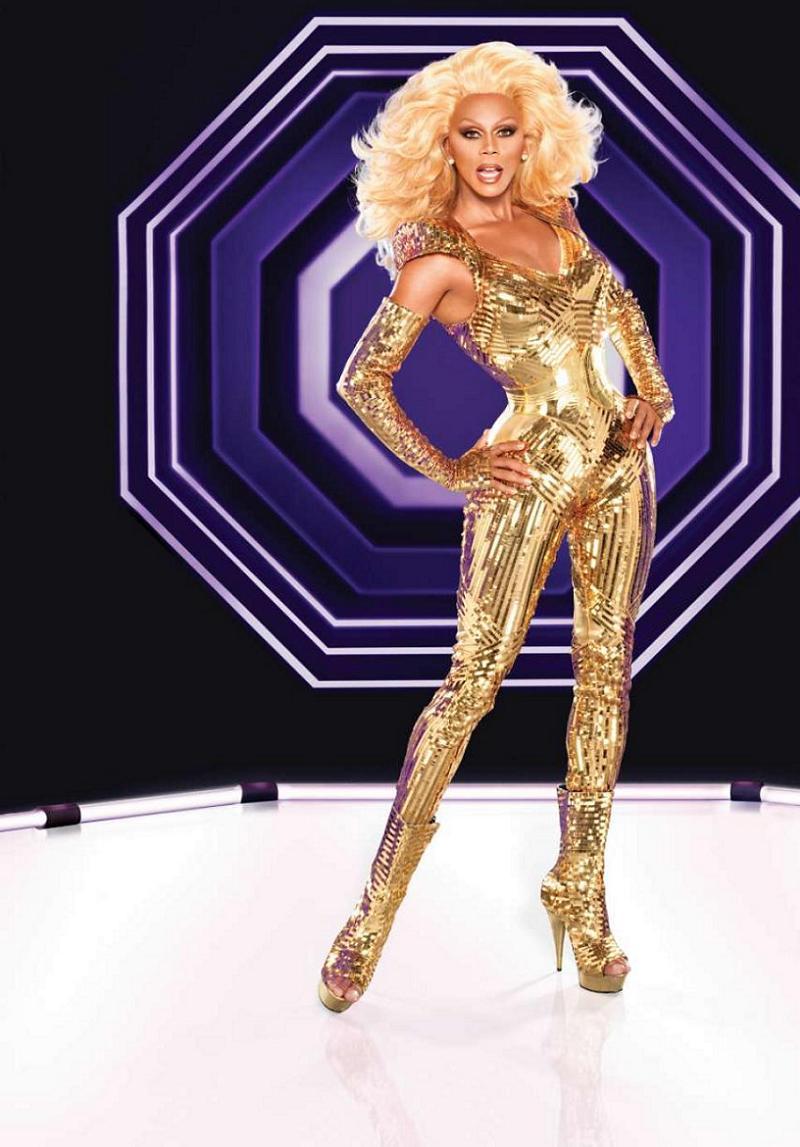 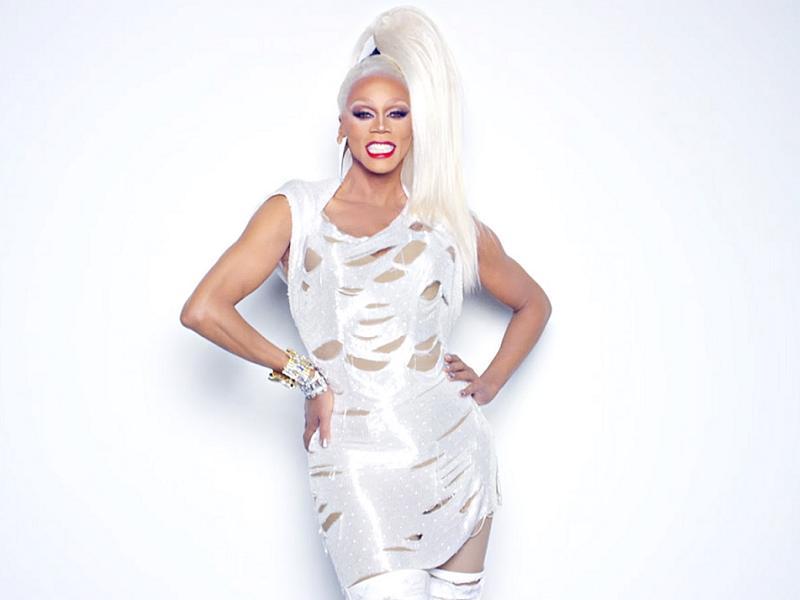 RuPaul helped put the nail in the lid of "female impersonation" by going right over the top and declaring: "I do not impersonate females! How many women do you know who wear seven-inch heels, four-foot wigs, and skintight dresses?" Source: Us Magazine 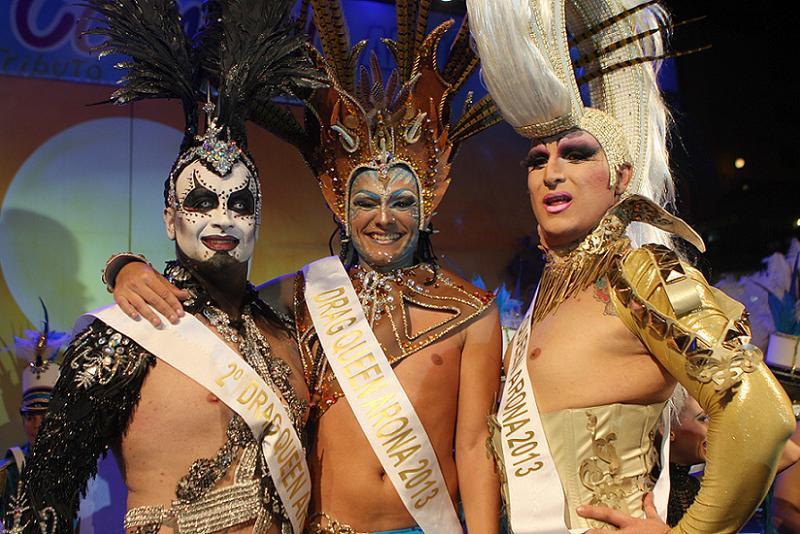 Much of Drag's appeal is in the crafting of a special persona, behind which normally inhibited performers can go completely overboard with extravagant costumes, makeup, and stage antics. This has fueled an ever-spiraling race to the top of Fabulous Mountain, which hasn't stopped yet. Source: Drag Queens Of The World 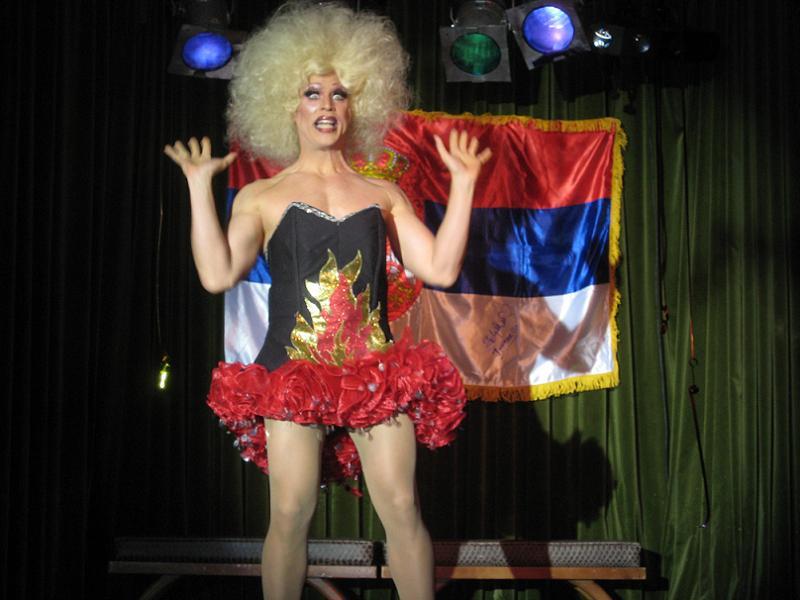 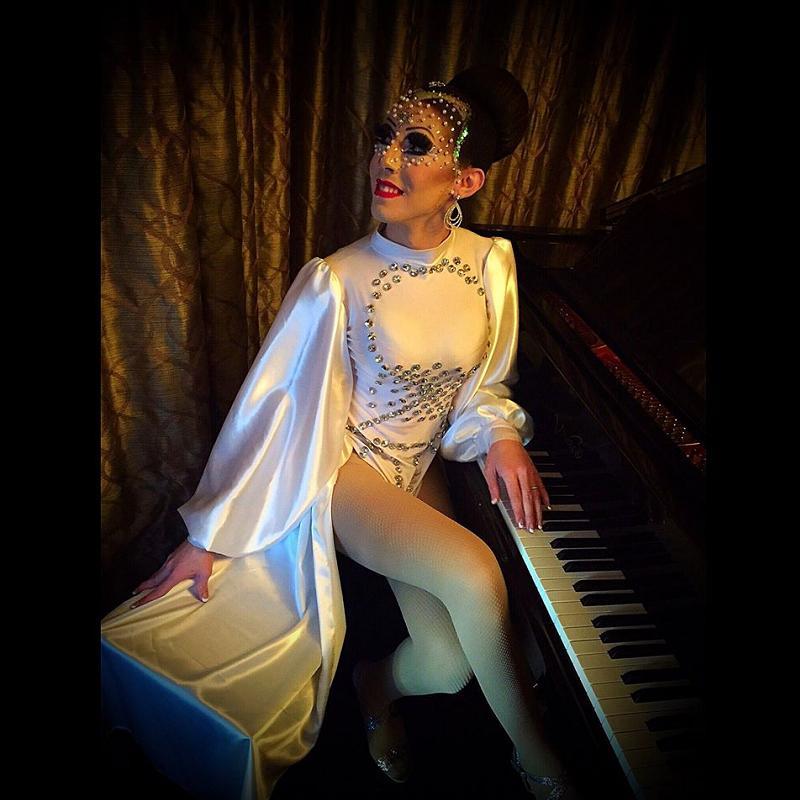 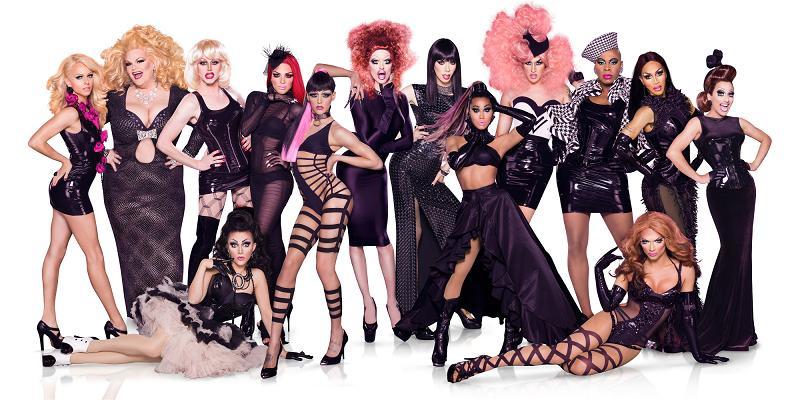 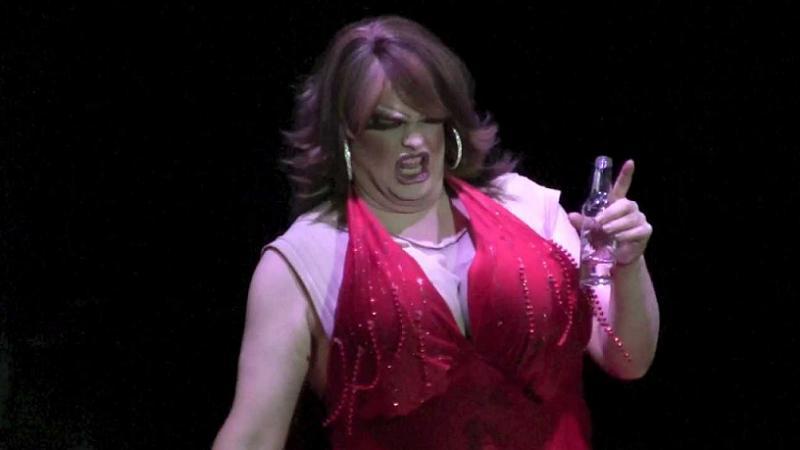 Drag has its own aesthetic, in which the most beautiful thing you can be is a brash alcoholic with an attitude and a smart mouth. Here, Mary Edith Pitts verbally abuses an audience full of people who paid for tickets. Source: YouTube