In 1953, Duane Mann and Peggy Yamaguchi started planning their lives together before the end of the Korean War tore them apart. 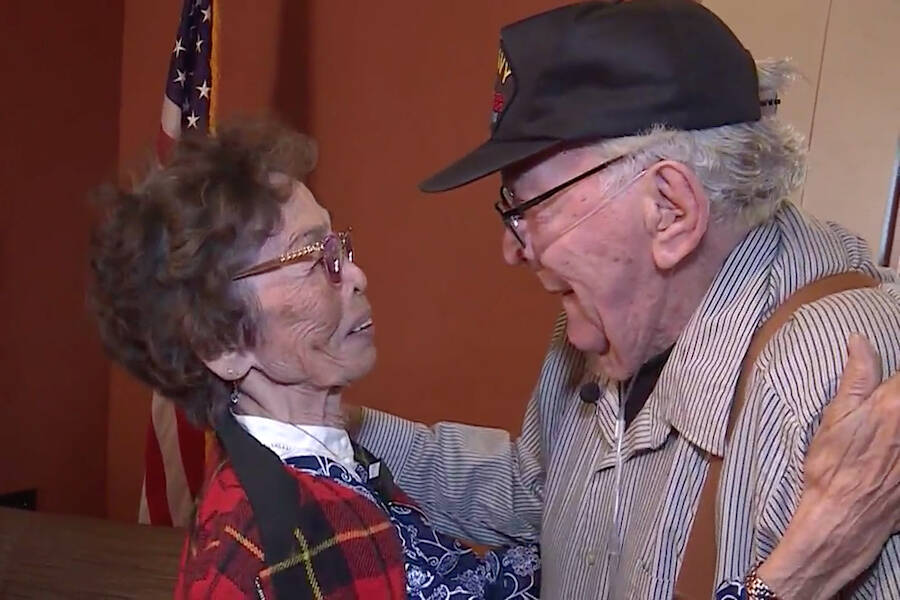 KETVDuane Mann and Peggy Yamaguchi, both 91, reunited on June 1, 2022 near Yamaguchi’s home in Michigan, just a 14 hour drive from where Mann has lived in Iowa since he returned from the Korean War.

For almost 70 years, U.S. Navy veteran Duane Mann lived with a weight on his heart. As a young officer stationed in Japan, he’d had a love affair with a woman named Peggy Yamaguchi, who he had intended to marry. Life had separated them, but, at 91, Mann was determined to track her down.

In a May 1 post on Facebook, Mann put out a plea for help finding Yamaguchi. Posting a picture he’d once taken of Yamaguchi, Mann wrote, “I am going to try one more time to find this Japanese girl or one of her family members.”

Then, he laid out their remarkable — and heartbreaking — story.

Between 1953 and 1954, Mann was stationed in Japan. While living in Tokyo, he met Yamaguchi, who worked in the hat check room at a military officers’ club. One evening, he told The Washington Post, “Peggy and I, we started to dance.”

From there, the two fell quickly in love. “We could dance very well together and entertained a lot people looking on,” Mann wrote on Facebook. “It didn’t take long for both of to fall in love, less than 6 months.”

The lovers decided to get married, and soon, Yamaguchi got pregnant. But before they could wed, the Korean War ended — and the Navy shipped Mann back to the United States.

“When I boarded a plane, I left a very unhappy girl shedding many tears, also pregnant,” Mann wrote on Facebook. “I reassured her not to worry as I had saved more than enough money to send for her as soon as I could.”

But things wouldn’t work out the way that Mann planned. 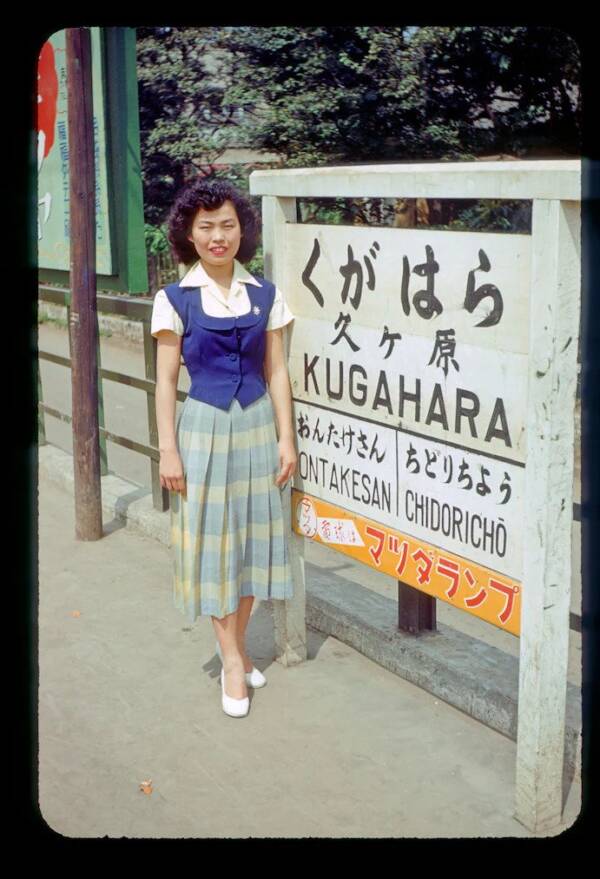 Duane MannPeggy Yamaguchi at the age of 22, in a photo taken by her then-lover, Duane Mann.

When Mann returned home to Pisgah, Iowa, he discovered that his money was gone. Mann had left his bank account in his father’s name in case he was killed in action — and his father had spent every last penny.

“Every bit of it,” Mann told The Washington Post. “If I would have known that I didn’t have any money, I would have never gone home.”

Mann wrote to Yamaguchi and explained the situation. He got a job and started working in construction to build his savings back up. But then the letters from Yamaguchi stopped — until Mann got one from her saying that she’d lost their baby and married someone else.

“That is when I found out that my mother had been burning all of Peggy’s letters because she didn’t want me to marry a Japanese girl,” Mann wrote on Facebook. His mother hoped he’d marry someone from their local church.

Mann did. He married twice and had six children. But he never forgot about the woman he’d fallen in love with in Japan.

“I was devastated and deeply confused,” Mann wrote on Facebook about the end of his relationship with Peggy. “So, I have spent the last 70 years trying to find Peggy because the most haunting thing of all is that she must have figured that I abandoned her!” 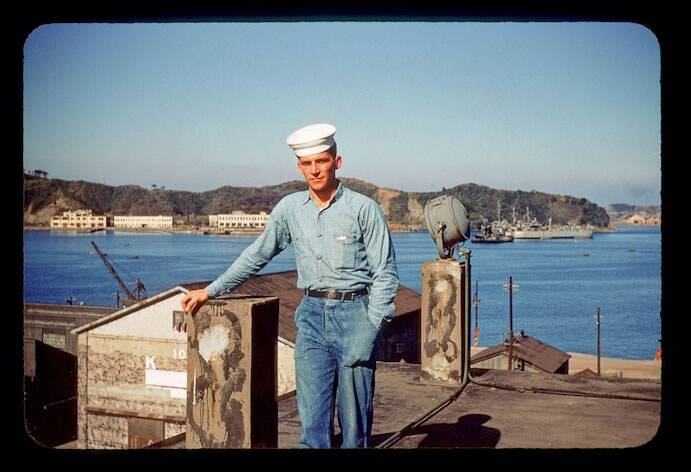 At that point, the internet did its thing. Mann’s post quickly went viral, got picked up by Omaha news station KETV, and eventually even made the news in Japan.

“It began to haunt me more and more through the years,” he told KETV, crying, “I left her standing there, pregnant.”

Mann’s plea tugged at the heartstrings of a young woman in Vancouver named Theresa Wong, who works as a researcher for the History Channel. According to The Washington Post, she started looking for Peggy Yamaguchi online — and found her living in Escanaba, Michigan, just a 14-hour drive across the Mississippi River from Mann’s home in Iowa.

“I remember him,” Peggy Yamaguchi, now Yamaguchi Sedenquist, said. Just as she told Mann, she’d married someone else in 1955 and had three sons with him. But she hadn’t forgotten her dashing American boyfriend. In fact, she’d given her eldest son the middle name “Duane.”

The two families arranged a meeting, and, almost 70 years after their tearful goodbye, Duane Mann and Peggy Yamaguchi Sedenquist reunited. They hugged and reminisced about dancing in Japan. And Yamaguchi promised Mann that she didn’t feel abandoned by him.

For the 91-year-old Mann, it’s a happy ending to an old heartbreak. “I’m at peace with it now,” he told the Washington Post.

After reading about the lovers separated by war, learn about the Jim twins who were separated at birth who lived uncannily similar lives. Or, discover the story of the lovers who met at Auschwitz, and reunited decades later.