David Wisnia and Helen Tichaur offered comfort and solace to one another amidst the horrors of Auschwitz but were forced apart by the nazis. It took 72 years, but the two lovers were finally reunited.

2 prisoners became lovers in Auschwitz. When they reunited 72 years later, he had one question to ask her. https://nyti.ms/352AnFh

In 1944, David Wisnia and Helen “Zippi” Spitzer were two Jewish prisoners and secret lovers who, against all odds, managed to survive the Auschwitz Nazi death camp. But toward the end of the war, they were separated after Wisnia was transferred to the Dachau concentration camp.

They lost each other and had no way to contact one another, except for a plan to meet again at a community center in Warsaw once the conflict had ended.

That meet-up never coalesced and their lives took them in completely different directions. But as fate would have it, the former couple would be reunited again — 72 years later in America.

As reported by the New York Times, the survivor couple’s long-overdue reunion finally took place in August 2016 at Spitzer’s apartment in New York City. It was the first time the two had seen each other since they were both imprisoned in Auschwitz decades ago.

“I was waiting for you,” Spitzer, who continues to go by her late husband’s surname Tichauer, confessed to her ex-boyfriend upon their reunion. She had waited for him in Warsaw as the couple had planned. But Wisnia, whose survival instincts took him on a path that led to his migration to America, never showed.

It was a bittersweet revelation. The two first met in Auschwitz in 1943, in a highly-irregular meeting; male and female prisoners were separated by gender, so only those who had special privileges were able to move somewhat freely around the camp as both Wisnia and Tichauer did.

Wisnia’s singing abilities had him promoted from removing bodies of suicide prisoners to become the Nazi guards’ entertainer, and was given an office job disinfecting the prisoners’ clothing using Zyklon-B pellets — the same ones used for the gas chambers.

A BuzzFeed feature about David Wasnia from 2017 where Wasnia tells the story of how he escaped from Dachau concentration camp.

After working on the camp as a laborer and suffering bouts of typhus, malaria, and diarrhea, Tichauer’s design skills coupled with her ability to speak German landed her privileged work as the camp’s graphic designer. Her duties included marking female prisoners’ uniforms and registering new female arrivals.

After the couple’s first meeting, Tichauer paid off inmates with food so they could continue meeting each other safely, in secret. They met in a tiny space among the prisoners’ clothing about once a month while others would be their lookout for 30 minutes to an hour each time they met.

“I had no knowledge of what, when, where,” Wisnia, now 93, told the Times. “She taught me everything.” But it was more than that. At their reunion, Wisnia finally discovered just how much Tichauer used her influence to keep him alive.

“I saved you five times from bad shipment,” she told him candidly from her sickbed. Tichauer also used her office job to help the resistance against the Nazis anyway she could, manipulating paperwork to reassign inmates to different jobs and barracks, and sneaking official camp reports out to various fighter groups.

The lovers’ time came to an end when news spread that the Russians were inching closer. Both miraculously managed to escape during the transfer of prisoners between camps and went on to marry other people. Wisnia settled down with his family in Levittown, Pennsylvania, while Tichauer wound up in New York City with her husband.

Finally, after a previous failed attempt to meet-up in their old age, they saw each other again in 2016. Wisnia, along with two of his grandchildren — who had heard their grandfather’s story of his surviving love from Auschwitz — visited Tichauer at her apartment.

Unlike Wisnia, she had no surviving children to her name and her old age had taken away much of her hearing and eyesight. 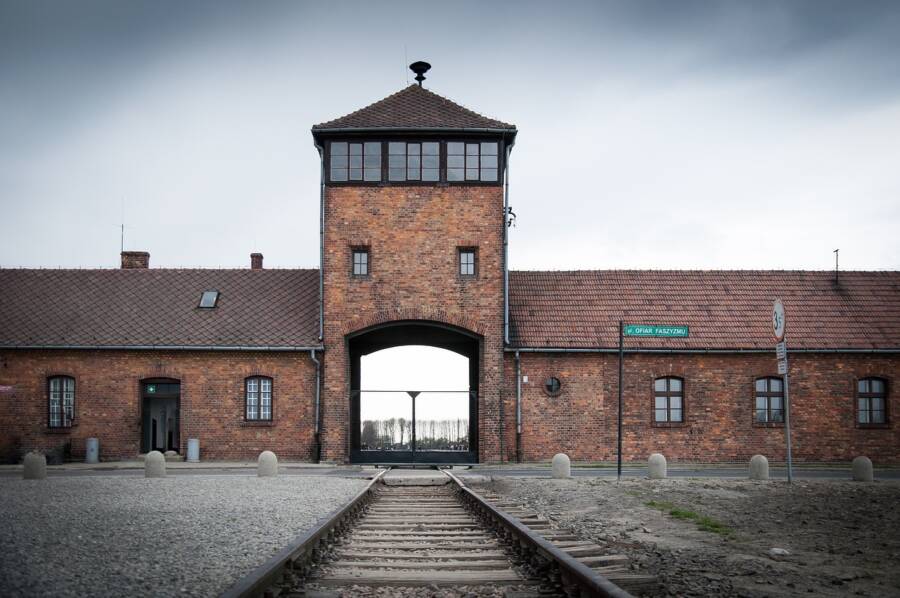 NeedpixThe couple was among the 2,000 Holocaust survivors still alive today, until Tichauer’s passing in 2018.

Nevertheless, nothing could prevent her from recognizing the young boy she once held dear, even after all these years. “My God,” she said. “I never thought that we would see each other again — and in New York.” The couple spent two hours together, laughing and catching up.

“She said to me in front of my grandchildren, she said, ‘Did you tell your wife what we did?'” Wisnia recalled of their little reunion. “I said, ‘Zippi!'” But it wasn’t all humor; some long-kept words were finally uttered as Tichauer told Wisnia she had loved him then. He said the same.

Before he left her apartment for the last time, Tichauer asked her once-lover to sing for her as he did in Auschwitz. He took her hand and sang a special song for the two of them: a Hungarian tune Tichauer had taught him 72 years ago at the camp.

Sadly, in 2018, Tichauer passed away at the age of 100. Though it was the last they saw of each other, the lovers’ bond that was built amid the direst of circumstances remains strong even now. More of Wisnia’s account is chronicled in his 2015 memoir One Voice, Two Lives: From Auschwitz Prisoner to 101st Airborne Trooper which also mentions his former love.

Next, read the tragic tale of the Hasanlu Lovers and the story behind their 2,800-year-old embrace, and the reunification of the Jim Twins, who turned out had lived the same lives despite being separated.