The Hasanlu Lovers are stirring image of love across time, but what exactly was the relationship between these two people? 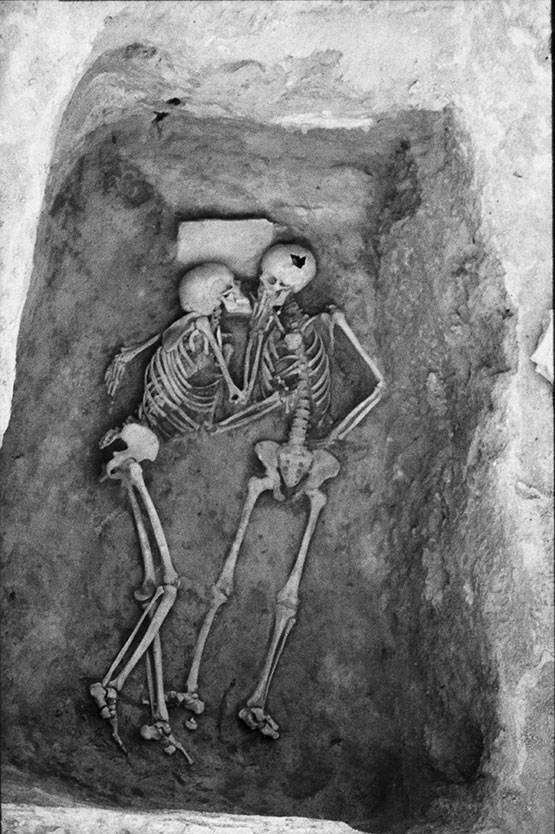 The University of Pennsylvania Museum of Archaeology and Anthropology
The Hasanlu Lovers.

In the remains of an ancient, burned out village, archeologists were surprised to find the remains of two bodies, seemingly sharing a loving embrace before their eventual death.

The University of Pennsylvania first discovered this skeletal couple during an archeological excavation of an ancient city in northwest Iran in the 1970s. The two skeletons were discovered in the remains of the ancient city of Teppe Hasanlu, which stood in the area that is now Iran 2,800 years ago.

These remains were found in a mudbrick bin, designed for storing grain, embracing one another in what appears to be a kiss and were dubbed “The Hasanlu Lovers.”

From archeological evidence, researchers discovered that the city of Teppe Hasanlu was destroyed around 800 BCE by an invading army that sacked the city and burned it to the ground.

In addition to the Hasanlu Lovers, human remains from hundreds of other from the time, men, women, and children were found strewn across the city streets of Hasanlu. The people of this city, it appears, were completely wiped out by the invading raiders. 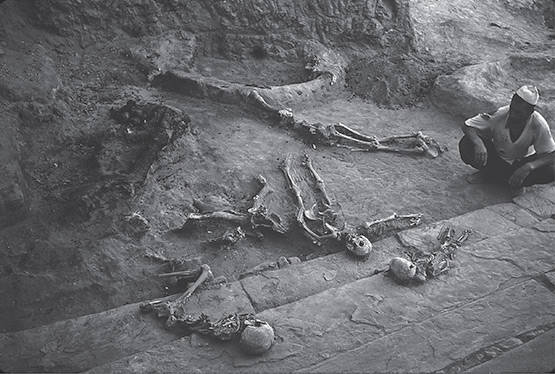 The University of Pennsylvania Museum of Archaeology and Anthropology
Other bodies found at Teppe Hasanlu.

The Hasanlu Lovers were likely hiding from these invaders in the grain bin when they died of asphyxiation from the smoke emanating from the fires raging around the city.

The Urartu Kingdom of the Armenian highlands is believed to have been responsible for this slaughter.

While the media and public were quick to decide that the two people locked in this embrace where a man and woman in a romantic relationship, archeologists responsible for the find note that the relationship and gender between the two remain unclear.

One of the “lovers,” the one laying on his back, is definitively a young male (18-22), due to his pelvic shape and dental structures. The sex of the second “lover” is much more under question.

It is unclear what the sex of the “touching” person truly was. While researchers were easily able to identify the age of the person these remains belonged to, 30 to 35, the gender remains a mystery as the skeleton has both male and female features. 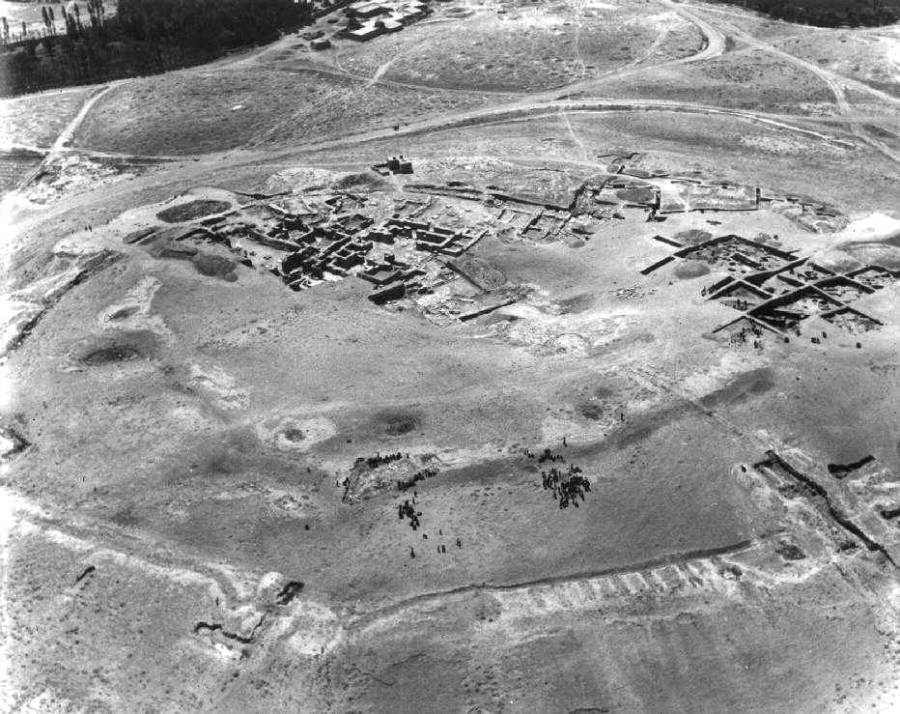 Given the forensic evidence we have, it is more likely that the second body was that of a man as well.

When this evidence was first revealed in the 1980s, reporters flocked to report that the Hasanlu Lovers were gay. However, the relationship between these two ancient people, whether one was male or female, is entirely unknown.

While these two men could have been lovers, many hypothesize that the older person was, in fact, the father of the boy. If the skeleton is in fact female, then it could easily also be his mother.

Furthermore, “gay” and “straight” as discreet identities and orientations are a product of modern society, not labels that can be applied to people in the distant past. While ancient people engaged in sex with members of the opposite gender and their own, these sexual preferences did not bring with them the same social identities that we associate with them today.

So while these intertwined skeletons from thousands of years ago may be a stirring image, we should not assume to understand the complexities of their lives and social systems from a single snapshot.

Next, read about Roopkund lake, where skeletons wash ashore. Then, learn about the evolutionary history of why humans hug and kiss.