Even soldiers fighting in the deadliest conflict in U.S. history had superficial urges in mind when it was time to take their portraits. 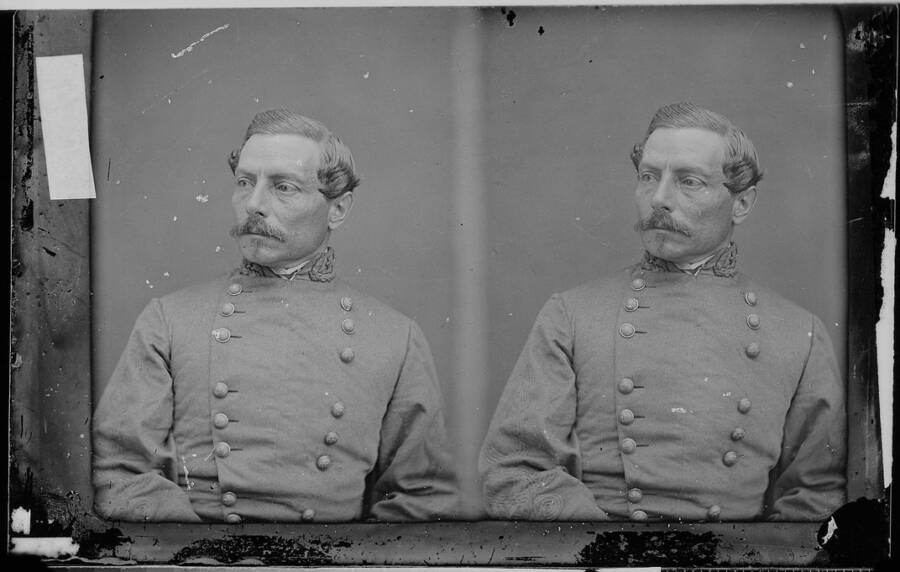 Matthew Brady/U.S. National Archives and Records AdministrationPhotos of Confederate General Pierre Gustave Toutant Beauregard have shown his hair to have grayed within one year of the war. Stress has been the dominant theory on why, though some now argue he merely ran out of hair dye.

Even as the Civil War pitted a divided nation into bloody battle from 1861 to 1865, soldiers were concerned with their looks. According to The Lexington Herald-Leader, excavations at Camp Nelson in Kentucky found the hair dye bottles to prove it.

The archaeological discovery at the historical former Union outpost are only a small part of artifacts unearthed at the site in 2015. Researchers also found a 150-year-old photography studio — the first ever discovered at a Civil War base, according to Smithsonian.

The bottles, though broken, once held hair dye to darken light hair. With color photography not standardized for years to come (the first color photo being taken in 1851), black and white photos often made blonde-haired people appear to be graying.

“I think it’s a really exciting find,” said Bob Zeller, director of the Center for Civil War Photography. “Civil War photographic discovery is still very active today. And now we have an archaeological discovery of a Civil War photo studio. As far as I know, it has not happened before.” 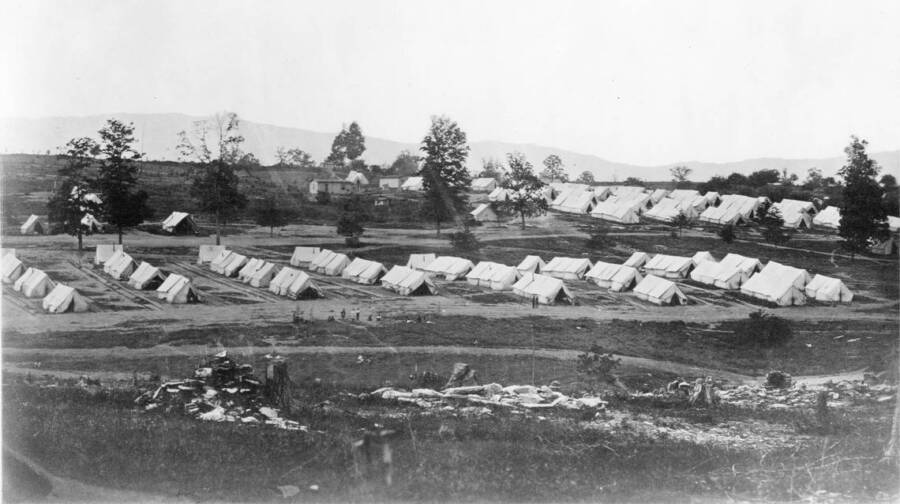 Camp Nelson was founded in June 1863 as a U.S. Army Supply Depot in Jessamine County. It housed up to 8,000 soldiers and covered more than 4,000 acres. Up until now, researchers knew there were photographers stationed at the camp — but little else about their work there.

The site quickly became one the biggest recruitment and training hubs for African-American soldiers, many of whom transitioned from slave to soldier virtually overnight. Slave families traveled to the camp in droves, as it also served as a refugee camp for women and children.

The site was named a National Monument in October 2018, with its director of interpretation Stephen McBride busying himself by cataloging around 30 years of archaeology research. The archives are then transferred to the federal government.

“The first photographic artifact that we noticed was a glass cover plate,” he said. “It was fortunate that one of my crew was a guy that does Civil War-era photography. He knew instantly what that was.” 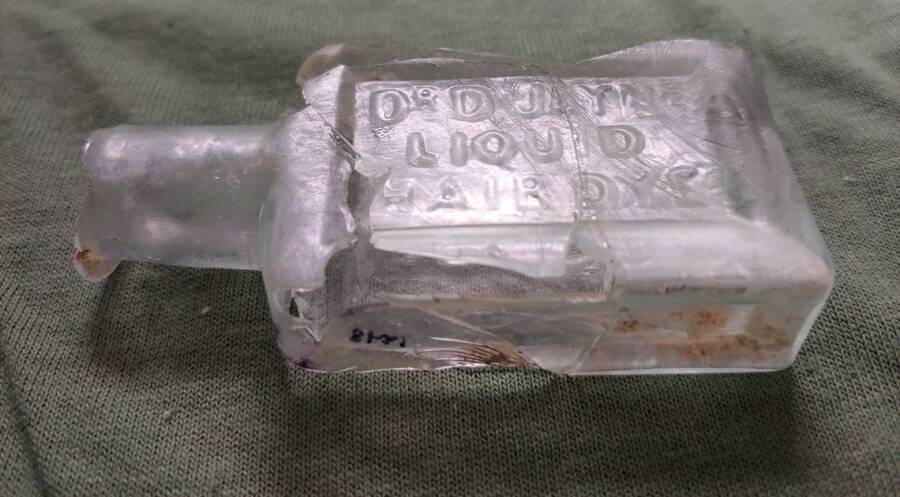 Jeff McDanaldPreviously, researchers assumed the bottles to have contained medicine.

“Photography back in the Civil War era was an incredibly technical and dangerous practice,” said McBride. “It involved many toxic chemicals. You had to know what you were doing as far as the treatment of the plates and the albumen paper.”

As for the hair dye, the Civil War was the first war to be photographed — and people understood they’d be immortalized for good within their portraits. Even abolitionist Frederick Douglass said in 1861 that “what was once the exclusive luxury of the rich and great is now with reach of all.”

“Being a soldier was and is a special status associated with manhood, bravery and honor,” said McBride. “The portraits and the identifying stencils were important to the men to illustrated their status as both men and soldiers at that moment, but also for posterity, as they could soon be wounded or killed.”

Initially, researchers assumed the extensive amount of broken bottles to be medicine bottles. 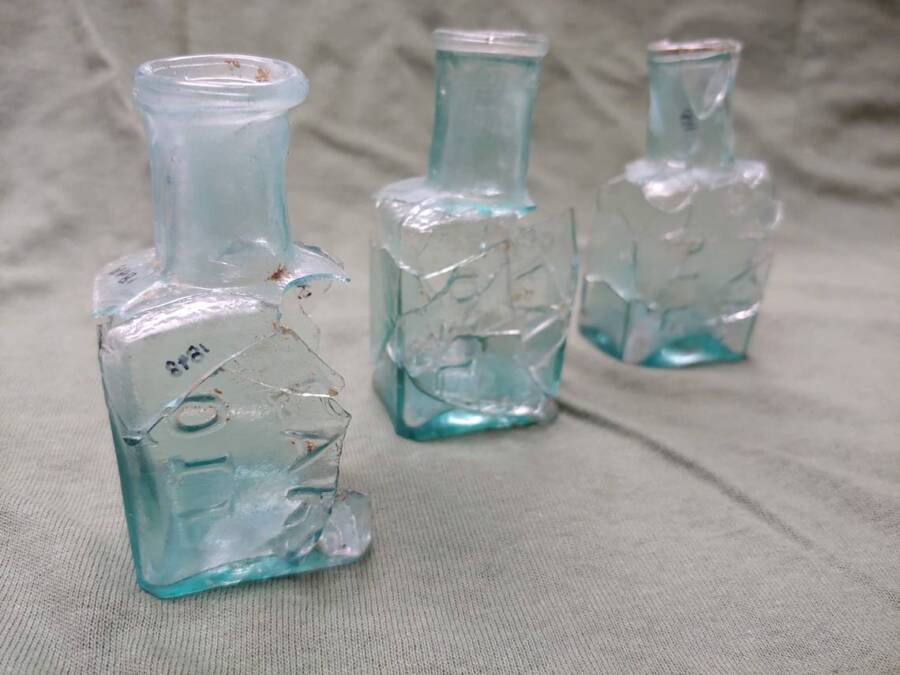 Jeff McDanaldThe bottles had embossed lettering, many of which were labeled Dr. Jaynes, Bear’s Oil, and Christadoro.

“When we started reconstructing, some had embossed lettering,” said McBride of bottles labeled Bear’s Oil, Christadoro, and Dr. Jaynes. “We found a lot of them. It’s something you just don’t find on other sites.”

“The dye is interesting,” he said. “It suggested that people were fixing up their hair before they had their photograph taken. So people may have actually been darkening their hair to look better in the photo.”

“One of the things the photographic books mention is if you had light colored or blonde hair, the black and white photography process could make you look like you had white or gray hair.”

Photographs of Confederate General Pierre Gustave Toutant Beauregard have shown his hair to have grayed within one year of Civil War engagement. Many have naturally attributed this to the stressors of war, but others have since theorized an alternative reason was to blame.

The man may have simply run out of hair dye when the Union navy started impeding routine shipments at Confederate ports.

After learning about archaeologists unearthing hair dye bottles used by Civil War soldiers for their portraits, take a look at 31 colorized Civil War photos that bring America’s deadliest conflict to life. Next, check out 26 photos of the Civil War’s child soldiers.