How a civilian engineer became a World War II spy -- twice -- and stopped the Duquesne spy ring that had infiltrated America's borders. 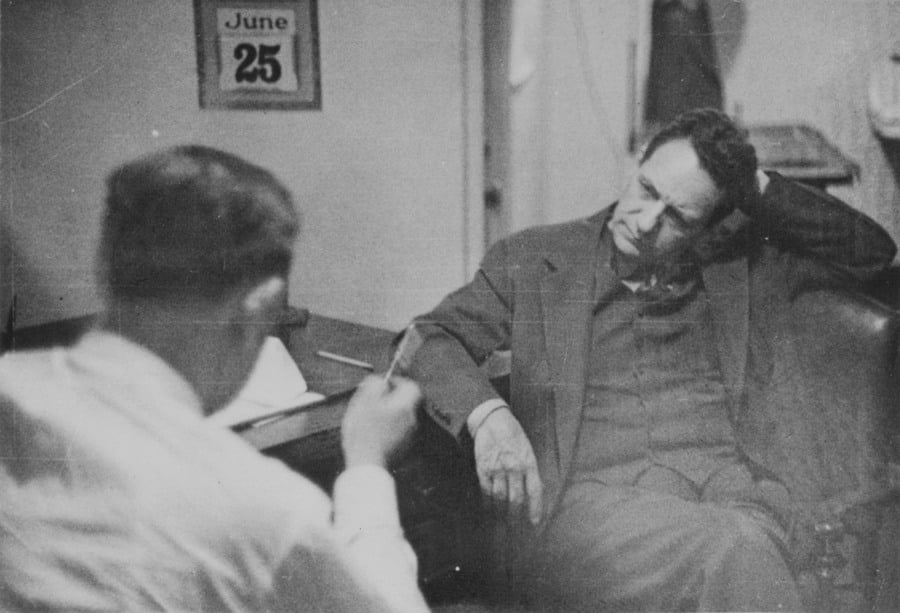 Double-agent William Sebold talks with Captain Fritz Joubert Duquesne, German spy, who was unaware that FBI agents were taping the whole episode behind a two-way mirror.FBI/Library of Congress/Wikimedia Commons

William Sebold never planned on becoming a spy, but fate had different plans.

The German-born Sebold had fought for Germany in World War I, but had become an American naturalized citizen after living and working in America for years. However, on the eve of World War II, the Nazis coerced Sebold into spying on American manufacturing plants.

Then, Sebold turned the tables, realigned himself with the United States, and started taking Nazi spies down.

More than 60 years later, Sebold’s legacy as the double agent who took down the largest Nazi spy ring in American history lives on.

Who Was William Sebold?

William Sebold — born in 1899 in Mülheim, Germany — emigrated to the U.S. at the age of 22, just three years after his service in the German army during World War I. It was 1921, and the U.S. economy was roaring. Sebold found work in the United States’ burgeoning industrial aircraft factories, where he gained an insider’s view of the workings of American manufacturing. It was experience that wouldn’t go unnoticed.

By 1936, Sebold had become a naturalized citizen of the United States. His home country was turning toward Adolf Hitler, but Sebold wanted no part of it.

Sebold did, however, return to Germany in February of 1939 to visit his mother in Mülheim. The country was on the brink of war: Hitler had recently demanded that Czechoslovakia decrease the size of its military and exclude Jews; Germany had established the National Central Office for Jewish Emigration, and Hitler had said that he would eliminate the Jews if the “international Jewish financiers” threatened another world war.

When Sebold returned home in 1939, he arrived in a very different Germany than the one he had left in the early 1920s — a reality he was immediately confronted with. A member of the Gestapo told Sebold right at the Hamburg airport that he would be contacted by the Gestapo in the near future. Sebold took note, and then continued on to his hometown, where he found employment.

Despite the mysterious man at the airport, Sebold lived in Mülheim without incident until September 1939. By then, Germany had occupied Czechoslovakia and annexed parts of Lithuania. Hitler had started a “euthanasia” program, and forced Jews into concentration camps. And then, Germany invaded Poland, sparking the match that would start the wildfire.

Not long after, a man identified as Dr. Gassner traveled to Mülheim and interrogated Sebold about the United States’ military planes and equipment. In subsequent visits, Gassner persuaded Sebold through threats and intimidation to join the Third Reich as a spy upon his return to the United States.

But that arrangement never really got off the ground. Following his meetings with Gassner, Sebold had his passport stolen, forcing him to go to the American Consulate in Cologne to get new papers.

And at the consulate, Sebold confessed to the FBI. He told them everything he knew and informed them that he wished to work with them as a double agent to help take down Nazi spies when he went back to America.

Thus, America’s first major World War II double agent was made. Sebold arrived back in New York City by boat on February 8, 1940, with an arduous mission and the assumed name of Harry Sawyer. By that time, Germany’s intent for global domination was clear. Europe was at war.