The Takedown Of The Duquesne Spy Ring 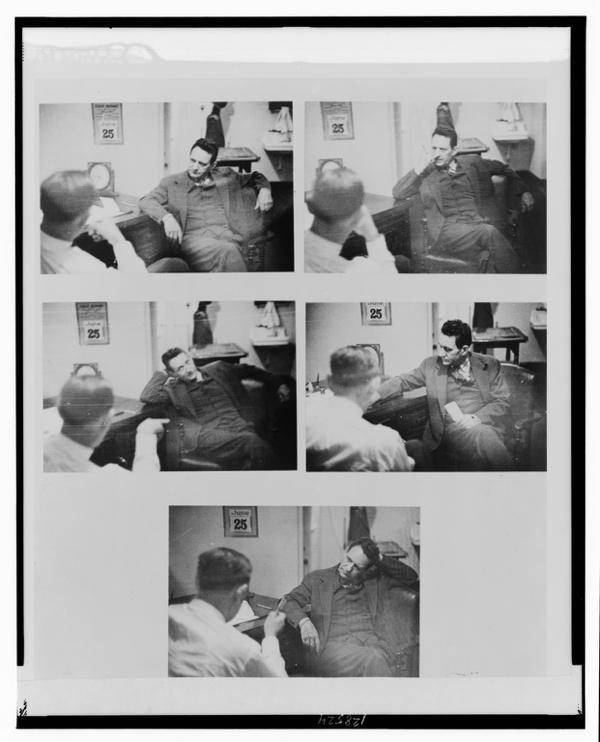 When Sebold, living under the pseudonym Harry Sawyer, made it to New York City, the FBI set him up with a job as a diesel engineering consultant. There, he could easily connect with members of the Duquesne spy ring that Nazi officials had thought they had bullied him into joining, not realizing that he was now actually working with the FBI.

Sebold worked directly with FBI Special Agent James Ellsworth, but Sebold’s reports traveled straight to the ears of FBI Director J. Edgar Hoover, and from there to President Franklin D. Roosevelt himself.

Sebold embedded himself deep into the Nazi spy ring Duquesne had built up and earned the trust of Duquesne and the Nazi handlers back in Germany. Eventually, Sebold convinced his own German handlers of the need to have a direct line from the U.S. to Germany, so they set up a telegraph point in Centerport, Long Island.

What those German handlers didn’t know was that Sebold would allow the FBI to tap into that communication line.

In May of 1940, the FBI tapped in. For 16 months, they listened in on over 300 messages sent from Nazi spies in America to Germany, and some 200 sent in the other direction. The takedown of the largest spy ring ever captured in the United States was growing closer.

On June 28, 1941, Sebold’s work came to a head. A coordinated roundup that involved 250 FBI agents simultaneously snagged Nazi spies from their respective locations. 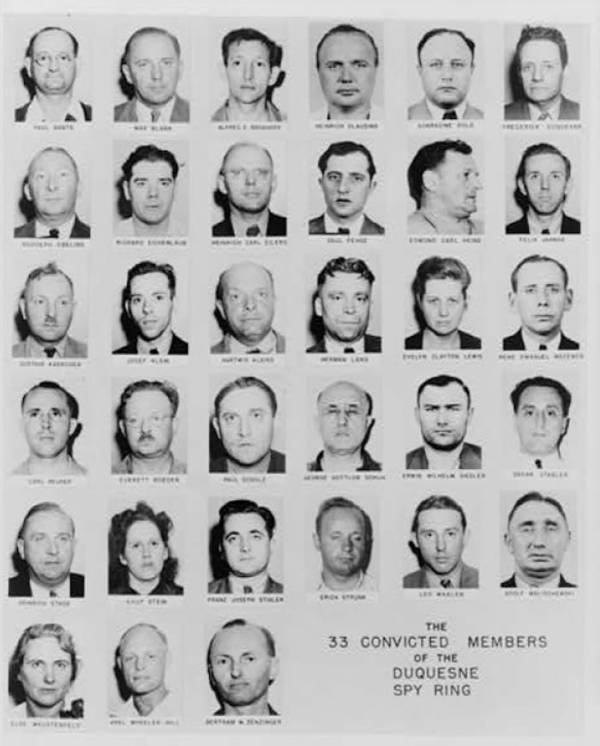 All 33 members of the Duquesne Spy Ring. FBI/Library of Congress/Wikimedia Commons

There were 33 people charged, 16 of whom plead guilty. The remaining 17 were convicted in trial on December 13, 1941 — six days after Pearl Harbor and one day after Hitler declared war on the United States. Duquesne received 18 years, more than any other member of his now broken ring of spies.

With his duty to his adopted country now complete, Sebold moved on, sent to California by an early version of what we now know as the witness protection program. But his role as a double agent haunted him both mentally and physically long after — his family back in Germany occasionally sent him word that the Nazis were going to come after him for his betrayal.

In 1965, poor and paranoid, Sebold was committed to the Napa State Hospital with a diagnosis of manic depression. In 1970, he died of a heart attack.

His legacy, however, lives on as the central figure in the largest espionage bust in United States history.