Ed Houben: The Sperm Donor Who Has Helped Dozens Of Women Conceive ‘Naturally’

As a sperm donor, Ed Houben has helped conceive 106 children on his way to earning the title of "Europe's most virile man." 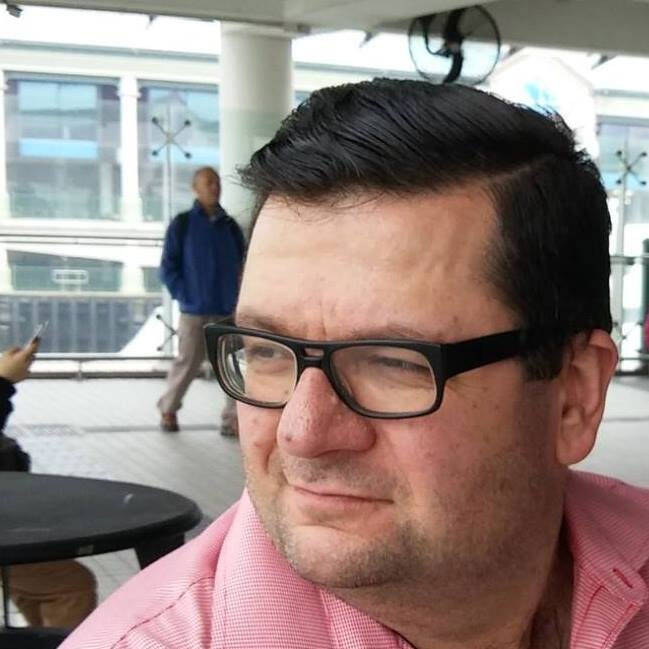 There’s a “much better chance of conception” donating sperm in the “traditional way,” Houben told BBC News in an interview. And he might be right as — by his estimate — the women he helps conceive 80 percent of the time. “That’s my success rate,” he stated.

It doesn’t hurt that Houben has a sperm count of 100 million per milliliter of ejaculate, “or 110 million,” he boasted to Spiegel Online with a smile. Not bad, considering that a potential donor is seen as a “good prospect” if he has a sperm count ranging between 80 to 100 million.

Asked what motivates him, Houben proudly stated, “the beautiful hope of creating a new life that will be loved and looked after.”

What Inspired Ed Houben To Get Involved With Donating Sperm? 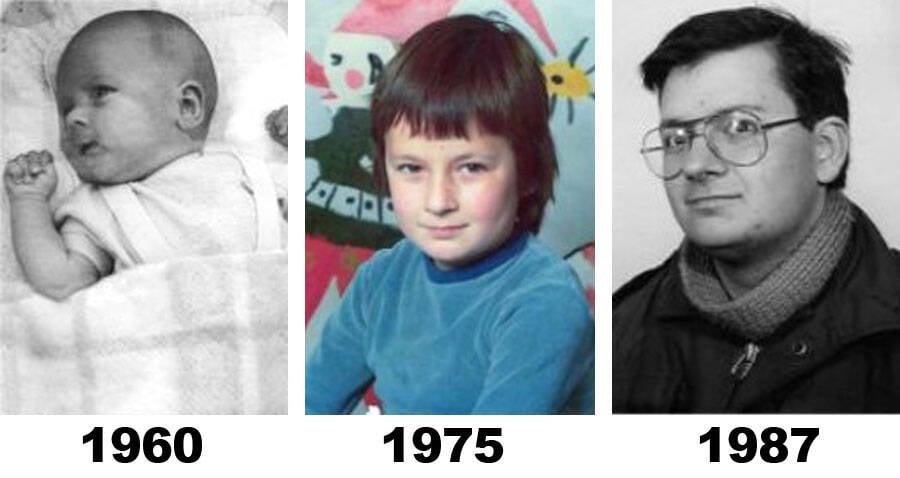 Houben discussed the decade-long process of considering how to help women conceive during an interview with Newsweek. “Basically, when I was around 18 years old, I knew a heterosexual couple that had trouble getting pregnant.”

It “amazed me” that people who would “obviously be good parents were not given the gift of children,” he continued adding that this “started a thought process of about ten years.

Houben completed that thought process in 1999 at the age of 29 and began donating sperm at a sperm bank, convinced that he might not be blessed with the opportunity to have children of his own. 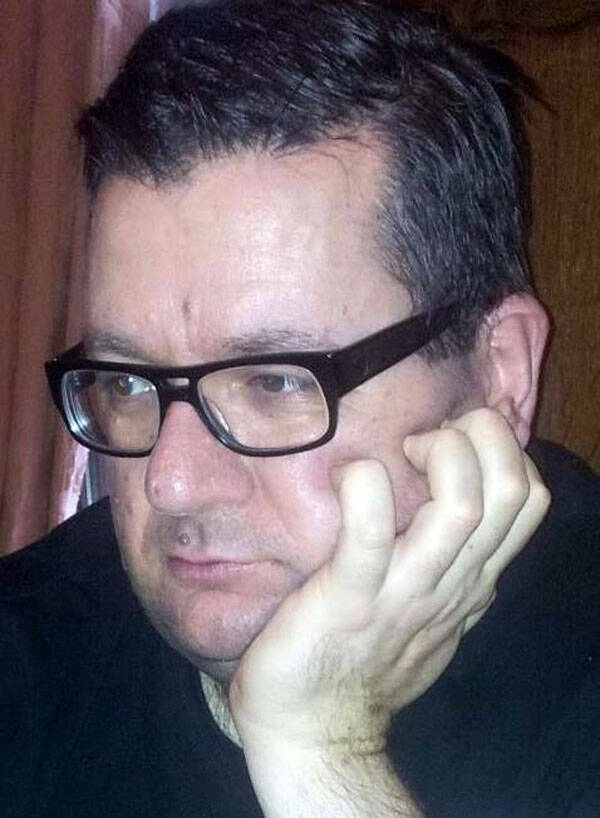 He spoke about those early years during an interview with GQ.  According to Houben, he would go to the clinic twice a month and go to the “production room” to fill up a cup. Continuing, he related that the first time he went to the clinic, things couldn’t have been more impersonal and cold.

“I was sort of expecting this gift of life to be received with sirens and fanfare,” Houben stated, adding that “I remember saying ‘hello?’ and somebody from another room answered ‘yes?'”. According to him, he replied, “I have a cup here,” and the faceless voice responded, “oh yes, leave it on the table.”

Houben began to feel frustration at the lack of intimacy involved in the process of donating through a sperm bank. So eventually, he began advertising his willingness to make housecalls using various websites.

According to Houben, he would produce a sperm sample in the bathroom and then deliver it to the hopeful woman. He would then depart, leaving his clients to take over from there.

However, all that changed in Amerstdam when he slept with another man’s wife for the first time in 2012. According to Houben, the woman met him at the train station, and they walked together to her home, where they met her husband and had dinner. 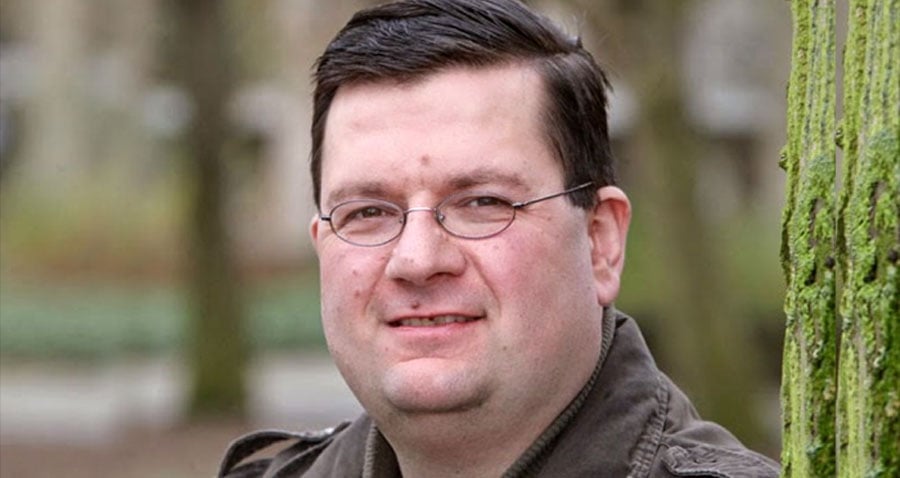 Then, at about 11:00 p.m., the woman smoked a marijuana cigarette and went upstairs, leaving Houben alone with her husband. Concerned, Houben asked the man about his wife, stating, “maybe you notice she’s nervous…”

“Yes, I’ve noticed,” her husband responded, adding that: “She’s an artist and she feels very connected to nature. Basically, she can’t imagine a happy child will be created from a 12-cent syringe.”

Continuing, he added, “she asked me to ask you — because she’s too shy — if you would consider creating this child the natural way.” After about fifteen minutes, Houben told the husband that he would “go with the flow” if that was what they wanted.

Ed Houben speaking at a TEDx event in Maastricht about his fathering more than 100 children.

The two of them went upstairs together, and when Houben told the husband, “I’ll take it from here,” he was surprised to discover that the husband intended to stay.

“We were three persons in the bed, and I was so surprised that I didn’t know what to say,” Houben stated. “I had this combat inside — my head full of non-stimulating thoughts — but he never even accidentally touched me. He wanted to be present when his child was created.”

After that, Houben didn’t have any trouble making babies the natural way, and he expanded his services to provide services to same-sex couples as well as heterosexual ones.

Houben continued assisting women presumably until sometime around 2015, as that was the last year he posted a copy of his latest STD test results on his website.

To say that Ed Houben’s chosen line of work has been a success rather understates the case, if Houben is to be believed. He says he has helped conceive 106 children by his last known count, two-thirds of which were conceived naturally.

He also believes that he has met dozens of children that he helped father. “My feeling says easily two-thirds” out of more than one hundred children, he told Newsweek.

Among the women who sought out his assistance, six declared that they were in love with him, one in five couples had the husband remain in the room while Houben helped the wife conceive naturally, and the greatest number of clients Houben served in one week was six.

The Extended Legacy Of Ed Houben 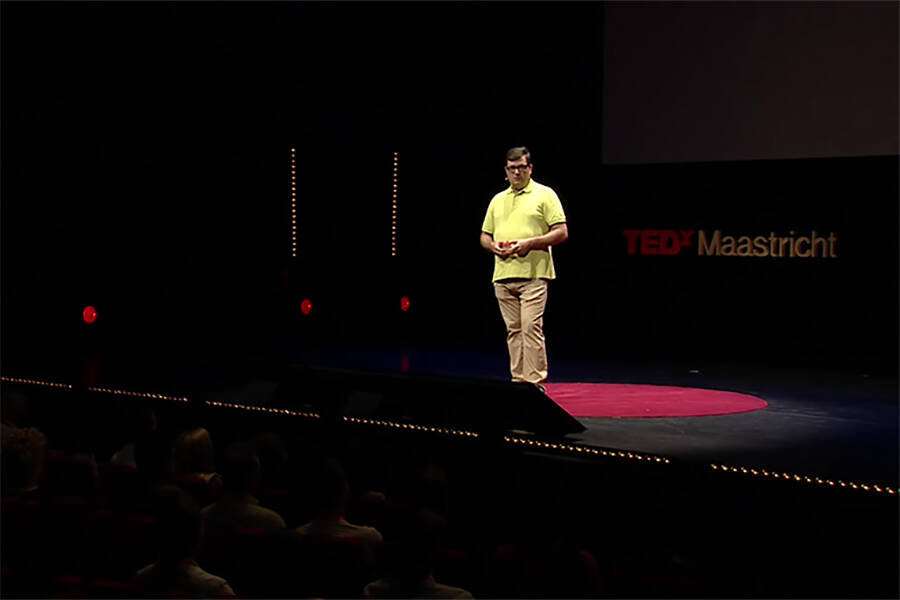 TEDx Talks/YouTubeEd Houben speaking at a TEDx event about the experience of fathering more than 100 children.

Ed Houben does maintain an ongoing and friendly relationship with many of the women he helped conceive along with several of the resulting children. To this day, he maintains a website to help people seeking to find him. The website reads, in part:

“From the outset, I had the honor of helping a lot of people to become parents. Because they are always very happy with their children, it sometimes takes a long while before we get back into contact. Maybe a child will start looking for itself. So I wanted a website, so those who look for me after many years (especially children looking for their roots), have a fair chance to do so!”

So far, none of the women Houben assisted have sought any kind of support payments for the children he helped conceive. Houben told Newsweek that he “was not completely aware of all the legal aspects in the beginning.” However, he sensed that people wanted a child, not to trick him into having to pay support.

Houben does have a day job, however, and Houben’s boss did know about his side work. He told Newsweek that there was no way his boss didn’t know what he was doing if she had ever read the news for the last few years. However, he did formally address the matter with his boss.

“It’s cool what you do. Only as a director, I cannot have that influence our work,” she responded, adding, “So I don’t want you to mention our organization, but in your free time you are free to do what you do.”

Now that you’ve read about Ed Houben, “Europe’s Most Virile Man,” check out this story of the German carpenter who invented an on/off switch for his testicles. Then check out the story of Connie Hamzy, Rock and Roll’s most notorious groupie.