The Unbelievable Life Of Edwin Hubble And His Contributions To Astrophysics

From multiple bachelors and graduate degrees to serving in World War 1. The multilingual mathematician, physicist, and astronomer led quite the life. 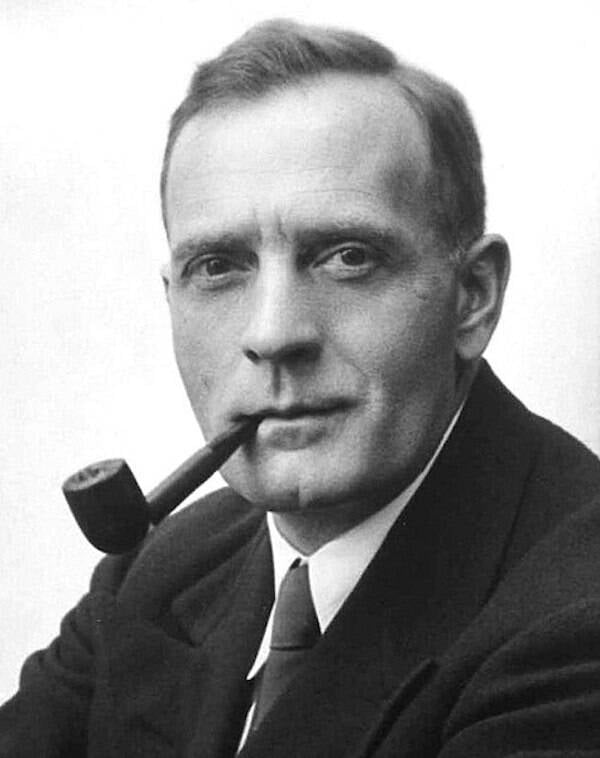 Wikimedia CommonsEdwin Hubble was a record-holding athlete in high school, University of Chicago graduate, World War 1 veteran, University of Oxford graduate, and holder of a Ph.D. in astronomy.

The mere mention of the name “Hubble” will yield immediate recognition in nearly everyone. Though most are likely familiar with it because of the Hubble Space Telescope, the man behind the name deserves just as much acknowledgment as his many impressive achievements have wrought.

The renowned astronomer’s accomplishments are more widespread and consequential than the casual science enthusiast may realize. Edwin Hubble revolutionized the field of astrophysics, as his unprecedented research helped prove that our universe is expanding.

According to ThoughtCo, he even developed a classification system for galaxies that has been the standard template for decades. Inspired by the imaginative paperback tales of Jules Verne and drawn to athletics, Hubble became an impressive sportsman and intensely curious about physics.

Hubble broke athletics records, served in the First World War, and curated an esteemed academic résumé of several degrees at respected institutions. All of this was in addition to being one of the most important astrophysicists of the 20th century, and contributing priceless scientific wisdom to the human record.

Born in Marshfield, Missouri on Nov. 20, 1889, to John Powell Hubble and Virginia Lee, Edwin Hubble and his family (which included seven siblings) moved to Chicago when he was nine years old.

According to Biography, the young boy was drawn to science-fiction novels from an early age — particularly works like 20,000 Leagues Under The Sea. Though he had a sharp mind and was an avid reader, Hubble was intensely athletic as well — breaking the Illinois state high jump record as a high school student.

Hubble received a scholarship to attend the University of Chicago in 1906 before he was even 17 years old. The ambitious young science enthusiast worked as a lab assistant for Robert Millikan, who would later win the Nobel Prize for his contributions to the field of physics.

A NASA documentary on the Hubble Space Telescope and Edwin Hubble himself.

Upon graduating from the University of Chicago with degrees in mathematics, astronomy, and philosophy. Hubble left Illinois to continue bolstering his academic career. For the next three years, he studied law philosophy on a Rhodes scholarship at the University of Oxford.

Hubble’s father was on his deathbed around this time, with one of his dying wishes being for his son to expand his academic curiosities beyond science. Thus, Hubble’s time at Oxford was spent studying jurisprudence, literature, and Spanish. His father died around the same time Hubble graduated.

His return to the United States in 1913 saw Hubble begin his career as a teacher. Upon moving to New Albany, Indiana the young dual-graduate taught Spanish, physics, and mathematics at New Albany High School. 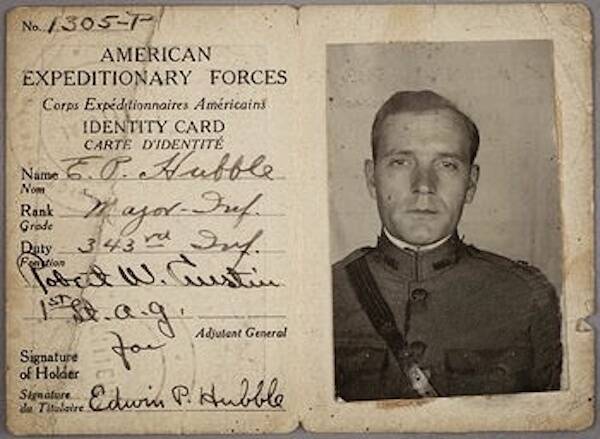 Wikimedia CommonsHubble enlisted in the Army and was rapidly promoted to the rank of major, but was discharged when he got injured in combat.

With a relentless curiosity of astronomy, however, Hubble felt the urge to return to his role as a student and pursued the science as a graduate student at the Yerkes Observatory in Wisconsin. This, in turn, served as a springboard to return to the University of Chicago — where he received his Ph.D. in 1917.

His thesis, Photographic Investigations of Faint Nebulae, was essentially the broad blueprint of his future, career-defining work. It wouldn’t be long before Hubble enlisted in the Army.

Though he enlisted and was rapidly promoted to the rank of major, Edwin Hubble was injured in combat and forced to return home. Discharged in 1919, he was so desperate to commence working at the Mount Wilson Observatory that he was still in uniform when he arrived.

He was recruited to work there, and helped finish building the Hooker telescope. It was an exciting phase for the aspiring scientist, as he had regular access to both 60-inch and 100-inch Hooker reflectors. The observatory practically became Hubble’s base for the rest of his career.

Hubble helped design the 200-inch Hale telescope in addition to helping complete construction of the Hooker telescope. Most important, of course, was Hubble’s research regarding the spectral shifts and unique distances between various galaxies and earth. This ultimately resulted in the knowledge that our universe was expanding. 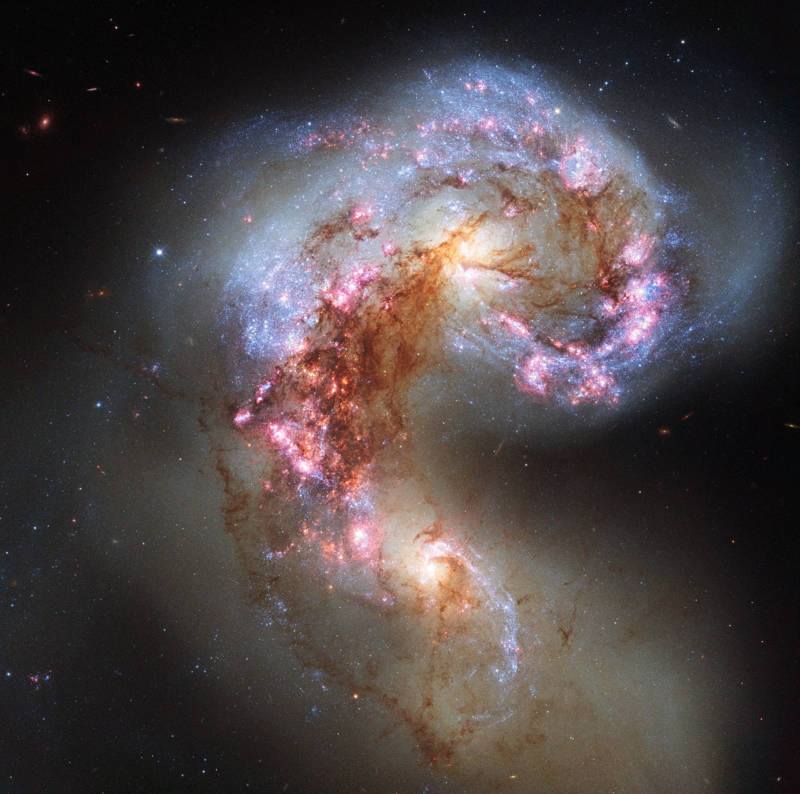 NASAThe NASA/ESA Hubble Space Telescope has captured stunning images like this for decades now. Seen here are the Antennae Galaxies (known as NGC 4038 and NGC 4039) locked in a deadly embrace.

Hubble proved that other galaxies outside of the Milky Way existed by taking photographs through the Hooker telescope and then comparing the degrees of luminosity of Cepheid stars. Cepheid stars have regular cycles of brightness whose frequency is related to their luminosity — thus, gauging their distance to earth is quite simple.

At the time, of course, this was pretty thrilling new data. There was no real assessment of how big the Milky Way was. Hubble’s research allowed for exciting estimates that the Andromeda Nebula was 900,000 light-years away from the Milky Way — and therefore had to be its own galaxy.

Contemporary astronomers had been debating what these odd, fuzzy spiral shapes in astronomical images were for years. In the 1920s, the widely held belief was that these were gas clouds called nebula. The notion that these were entirely separate galaxies instead was scientific blasphemy.

People strongly believed that the Milky Way Galaxy was the only one in the universe, and it was Hubble’s rival Harlow Shapley whose research and measurement standardized the thought. 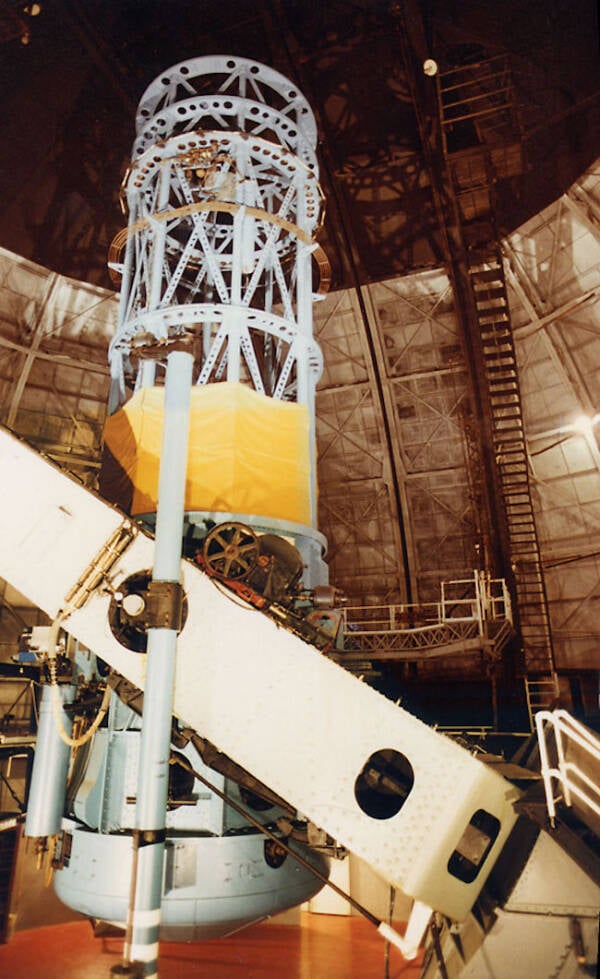 Wikimedia CommonsThe 100-inch Hooker telescope at Mount Wilson, which Edwin Hubble used to measure the unique distances between galaxies and a mathematical value for the rate of expansion of the universe.

While it was later proven to be much farther away than Hubble estimated (specifically 2.48 million light-years away), his claim that the supposed nebula was a galaxy instead was proven correct. The unprecedented discovery led to the Andromeda Nebula being renamed to reflect as much.

This new discovery wasn’t welcomingly received by the scientific community at first, especially not by Shapley. Funnily enough, Shapley used the same methodology Hubble did when estimating the size of the Milky Way — he simply limited himself to the belief this was the only one in existence.

With the benefit of time and further research continuously supporting Hubble’s theory, however, his research proved itself to be accurate. It has since become a cornerstone of our collective understanding of the universe.

In the early 1920s, Hubble and his colleague Milton Humason turned their attention to another galactic mystery that had plagued scientists for years. The redshift problem essentially posited the following question: why are spectroscopic measurements of the light given off by spiral nebulae always leaning toward the red end of the electromagnetic spectrum?

While this problem regarding galaxies’ spectral shifts and unique distances initially seemed highly complex, the answer was rather simple. 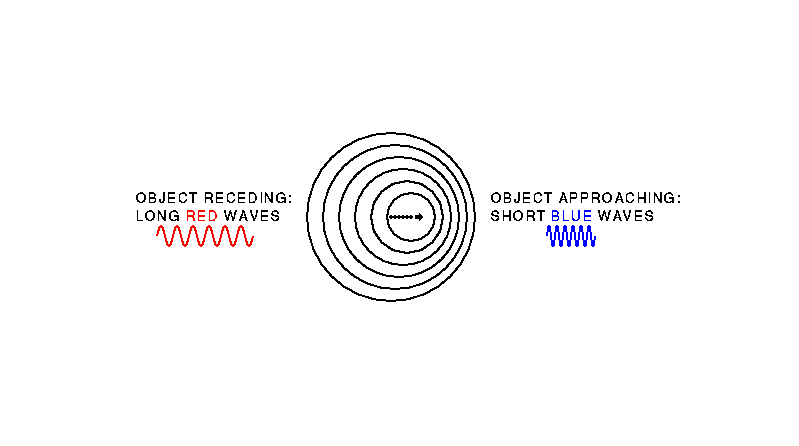 UCLAThe Doppler effect is found working similarly in soundwaves, causing the familiar change in tone when an ambulance or police siren passes one by.

Humason and Hubble’s research was published in 1929, and posited that the redshifts in the light emissions of galaxies occurred because galaxies are moving away from each other at very high speeds.

It is them receding at such high velocities that causes their light to shift toward the red end of the spectrum. This shift was later called the Doppler shift, while Hubble and Humason dubbed this relationship “Hubble’s Law.”

The maxim essentially states that the farther away a galaxy is from us, the faster it’s moving away. The inherent implications here include the fact that our universe is expanding.

Astronomy And The Nobel Institute

The Nobel Institute did not consider astronomy to be a physics discipline while Hubble was alive. Astronomers like him, no matter how invaluable to the scientific community, were simply not eligible for the prestigious prize. The institute did honor him for his contributions, but never awarded him the title nor the money that came with it.

Edwin Hubble did try his best to change the eligibility rules, and even hired a publicity agent to lobby his refinements to the institute. In a frustrating moment of bad timing, astronomy was officially designated as a branch of physics and thus eligible for nomination in 1953 — the year Hubble died. 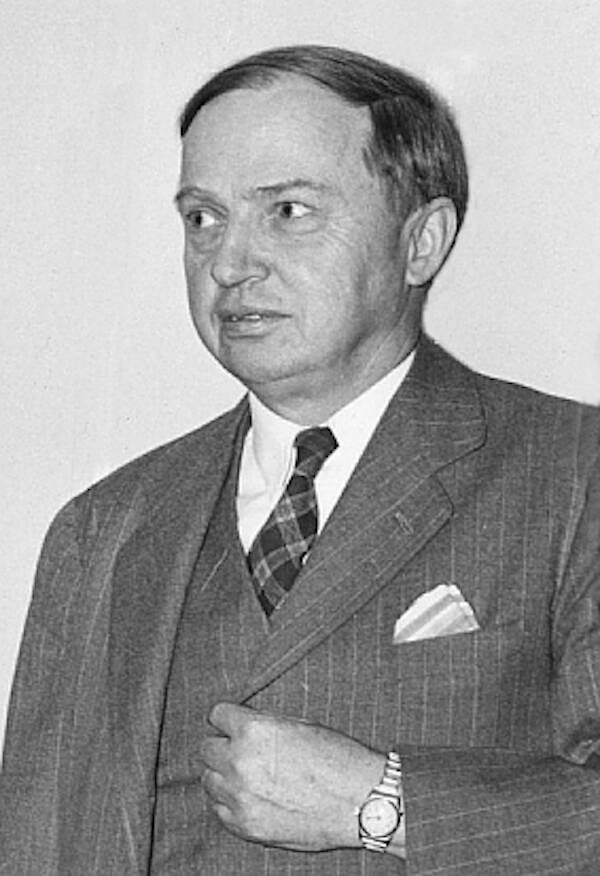 Wikimedia CommonsHarlow Shapley was one of Hubble’s most significant contemporary rivals.

Astronomy is considered its own branch of science today, which includes planetary science and space science. Hubble never got to reap the rewards of his stealthy activism, but generations of astronomers who followed in his footsteps certainly did.

The man’s legacy was furthered bolstered when his name was used to title the Hubble Space Telescope. The telescope routinely helps capture images from the deepest, darkest reaches of outer space, and as such, couldn’t have been dubbed more aptly.

In the end, Hubble’s life reads like the biography of a 20th-century superhero.

He was a record-holding athlete in high school, University of Chicago graduate, World War 1 veteran, University of Oxford graduate, holder of a Ph.D. in astronomy and, at one point, knocked out the German heavyweight champion in a boxing match.

As such, Hubble’s legacy would’ve been indescribably impressive even without his lasting impact in the scientific community.

After learning about Edward Hubble and his contributions to astrophysics, read about the most important image captured by the Hubble Space Telescope. Then, learn about the photo of David Kirby that changed the world’s perception of AIDS.