Why Is El Salvador The Murder Capital Of The World?

How did El Salvador, the smallest country in Central America, wind up with the highest per capita murder rate on Earth? 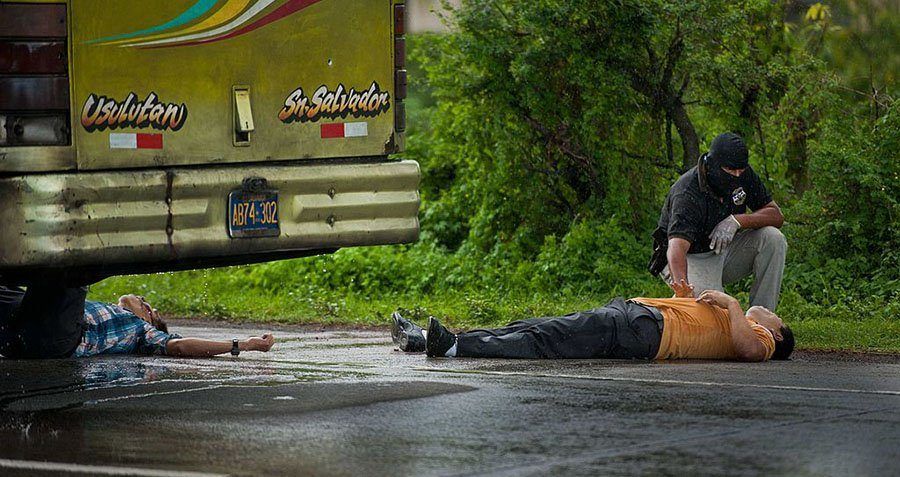 JOSE CABEZAS/AFP/Getty ImagesA police investigator examines the body of a man killed in a targeted attack on a bus in the town of San Luis Talpa on May 23, 2014.

Over the last few years, the small Central American nation of El Salvador has become the murder capital of the world thanks to a terrible confluence of factors ranging from political instability and the war on drugs to a bleak history and personal rivalries between powerful gang members.

Each year in El Salvador, thousands of people die in the grisliest ways imaginable. Their bodies hang in public places as a threat to others while police and the military scramble to keep up. This culture of violence has created a wave of refugees, many of whom have fled north to escape the land they were born in.

And though there may now be some light at the end of the tunnel, we’ve got to ask ourselves how the country got here in the first place.

The Murder Capital Of The World 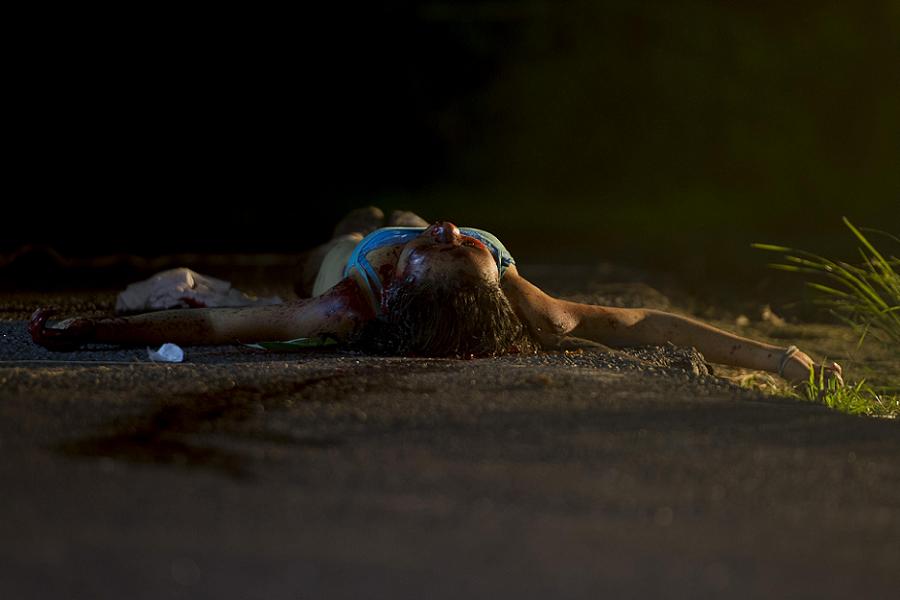 Getty ImagesElba Magdalena Alvarez, age 17, lies dead on the road after gang members shot her in San Salvador on October 23, 2014.

This year has been a bloody one for El Salvador. Murder rates had been high for a long time in the small agrarian country, but a government- and church-brokered truce between two of the country’s deadliest gangs, MS-13 and Barrio 18, brought relative quiet between mid-2012 and mid-2014.

However, in 2014, when Salvadoran authorities transferred several gang leaders from low-security prisons – where they had been coordinating their drug trafficking businesses via visiting messengers and their transfer to which had been part of the truce deal – to high-security confinement with limited communications privileges, the truce collapsed and all hell broke loose.

Following the collapse of the truce, the country’s murder rate skyrocketed, reaching approximately one murder per hour, with occasional murder-free days in June and July 2015 offset by days in August when as many as 43 people would be killed in a 24-hour period.

Many of these killings are done in public, in front of witnesses, and seem to be part of a deliberate campaign of terror to weed out informants and rivals, as well as to put pressure on authorities to restore the incarcerated gang leaders’ low security privileges. Dozens of police officers have been killed, as have many soldiers and government employees, though civilians seem to get the worst of it.

Some victims have been lucky enough to die from sudden shooting attacks, while others have been gruesomely tortured and hacked to death with machetes.

Regardless of method, the murder rate in El Salvador by the end of 2015 was 104 per 100,000, the highest of any peacetime nation on Earth. For comparison, St. Louis, the most violent city in the United States, has a 49.9 per 100,000 murder rate, and even Baghdad in 2008 – during the ethnic cleansing that followed the collapse of the Hussein regime – never got above 48.