How eL Seed, a celebrated French-Tunisian calligraffiti artist, is spreading peace and hope, one blank wall and one can of spray paint at a time. 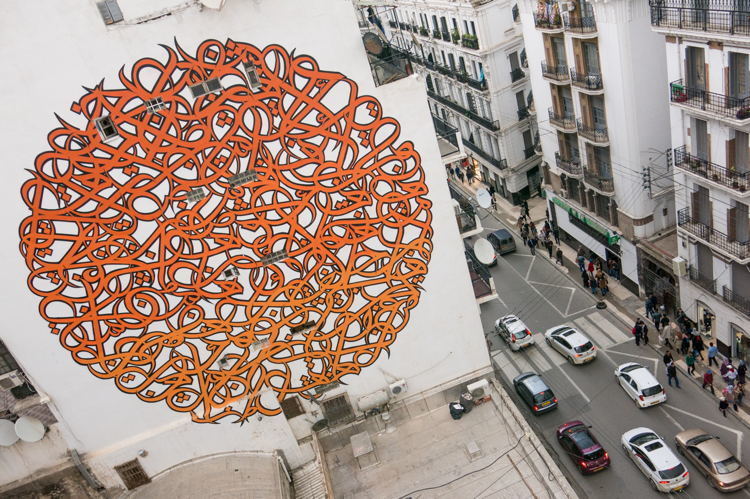 Every day, the media parade negativity across our screens through stories of war, hardship, and murder. Modern artists’ attempts to tackle these issues are often overshadowed by the latest breaking news.

But graffiti is art that cannot be ignored. These large, colorful pieces force overlooked and forgotten messages into the public eye. French-Tunisian artist eL Seed uses calligraffiti–graffiti rendered in calligraphy (in eL Seed’s case, ancient Arabic calligraphy)–to invoke a sense of unity between both individuals and nations, particularly in the Arab/European communities where he often works. No matter where he works, his messages are uniquely related to each place; every Arabic word is painted to create an open dialogue, especially between antagonistic factions, within each community. 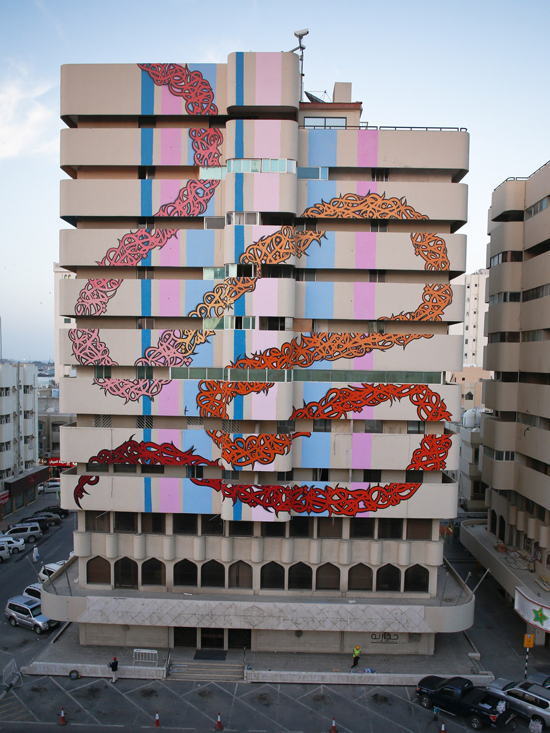 Taken from a poem by 19th century Iraqi poet Ahmed Bu Sneeda, the Arabic reads: “I speak to you but you do not reply; I visit but you do not visit me.” Image Source: elseed-art.com

eL Seed’s unique style is partly the result of a mixed cultural background. Born to Tunisian parents in Paris in 1981, he grew up speaking both French and Tunisian Arabic. It was during his teenage years that he began questioning his identity, feeling the need to form a deeper connection with his Tunisian roots. He spent most of his time learning to read and write in Arabic calligraphy, an artistic and proverbial writing style used in ancient Islamic texts like the Quran.

eL Seed’s deep connection with Arabic culture past and present became the foundation of his work. His unique fusion of contemporary art with a history-rich language and sociopolitical messages has now brought his art international recognition, from exhibitions in Paris, Berlin, São Paulo, and Dubai, to intricate murals on the streets of Melbourne, London, and Toronto. 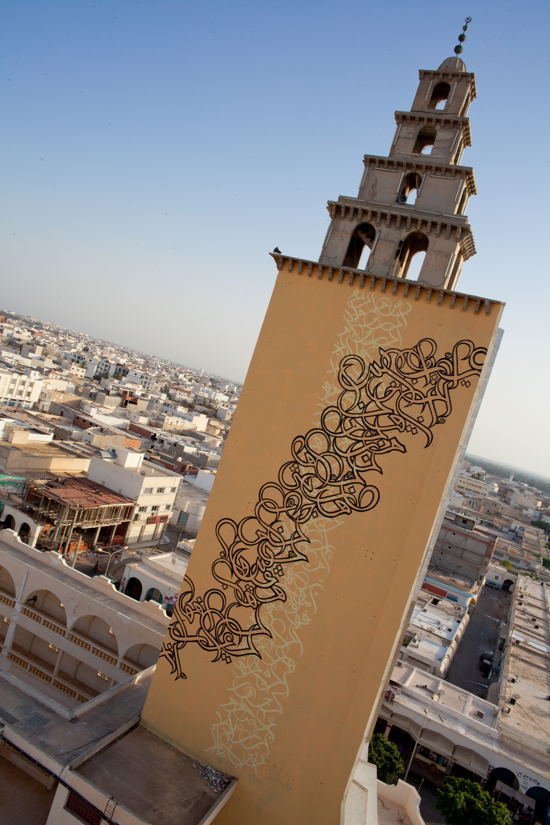 The minaret of the Jara Mosque Image Source: elseed-art.com

In 2012, eL Seed painted a particularly important piece, on the minaret of the Jara Mosque in Gabès, Tunisia. The inscribed calligraphy is a verse from the Quran, “Oh humankind, we have created you from a male and a female and made people and tribes so you may know each other.”

After the Tunisian Revolution of 2011, when president Zine El Abidine Ben Ali was ousted and a more democratic system was installed, now liberated Tunisian artists sought to express their newfound political freedom through art. Any such attempts under the previous regime could have resulted in jail time.

The revolution sparked a rapidly growing art scene that ultra-conservatives found to be offensive to Islam. However, when eL Seed painted the Jara Mosque, he chose a verse from the Quran that would hopefully inspire tolerance between the clashing groups, to encourage unity in a society filled with tension and dissension.

Since the revolution, graffiti art has sprouted up throughout Tunisia. eL Seed, for one, believes street art has the greatest potential to challenge intolerance, and promote open discussion and mutual understanding wherever it is seen. “I like graffiti because it brings art to everyone,” he told CNN. “I like the fact of democratizing art. Before the revolution, art in Tunisia was quite bourgeois, but if you put big pieces of art on walls it is for everyone.” 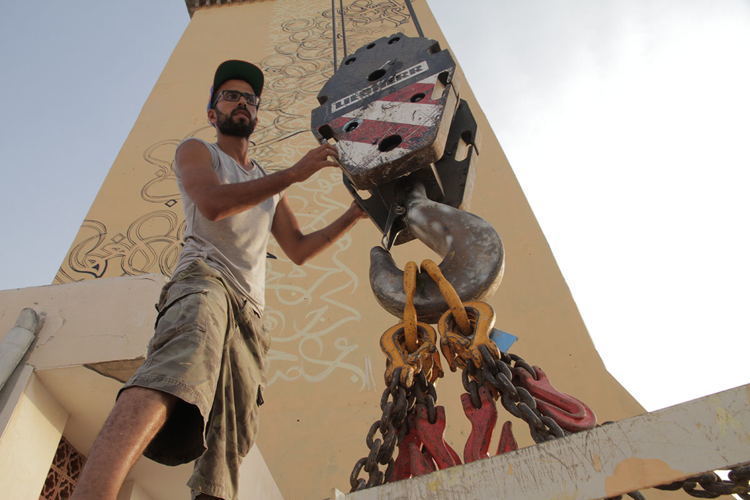 Following the Jara Mosque, eL Seed embarked on a new project entitled “Lost Walls.” He set out on a four-week journey across his Tunisian homeland, painting 24 “lost walls.” largely forgotten, abandoned, and partially in ruins, these titular, crumbling walls hold significance in Tunisian history, and are now adorned with eL Seed’s messages of hope and peace.

Although much of the world may not understand these messages, because of the language barrier, the artistic beauty of the calligraphy and the ornate designs surrounding it are enough to make people stop and think.

“You don’t need to know the meaning to feel the peace,” eL Seed said in his recent TED Talk. “I think that Arabic script touches your soul before it reaches your eyes. There it is a beauty in it that you don’t need to translate.” 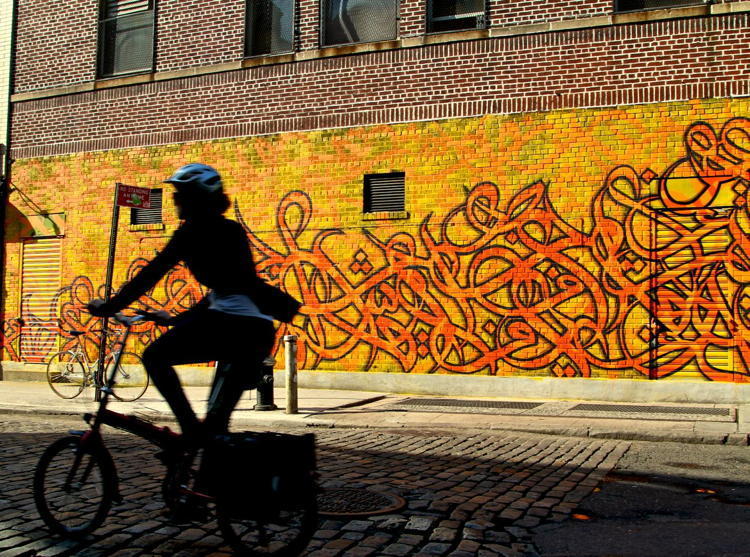 eL Seed’s unique style brings proverbial truth to the forefront and prompts visceral reactions from people all over the world. Where politics and religion divide humanity, his art inspires unity, tolerance, and change.

eL Seed travelled to Kairouan, Tunisia in December 2011 to commemorate the one-year anniversary of the Tunisian Revolution. In an effort to bring the community together and inspire artistic freedom, he encouraged locals to participate in the work. Locals who had never before held a can of spray paint joined him for eight days of work. Later, some of them continued on with graffiti, painting murals of their own.

“That is the proof of a participatory democracy,” eL Seed said, “when you involve the people in a project.” 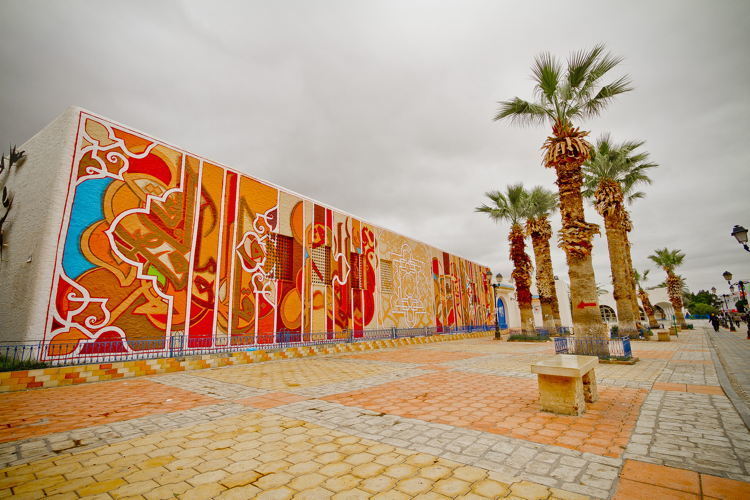 The collaborative piece in Kairouan. The Arabic reads: “I’ve seen the times in a different way, neither the sadness nor the smile remain. Kings build castles, but neither the king nor the castle remains.” Image Source: CNN

For more of eL Seed’s work from around the world, see below: 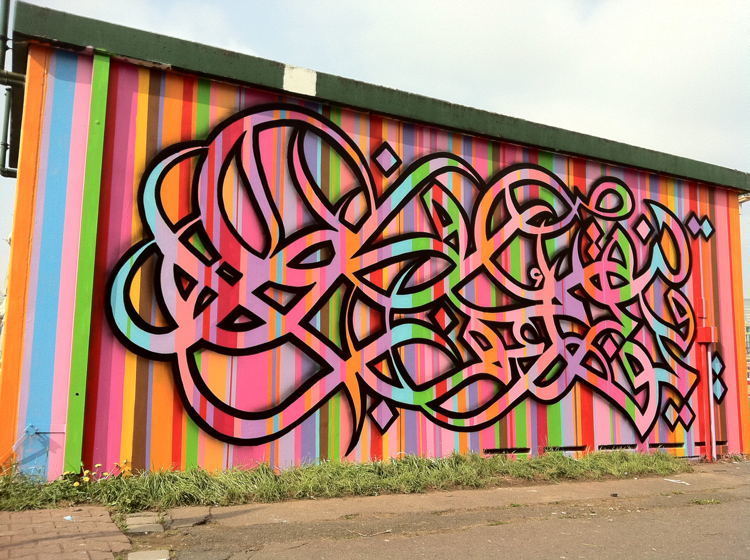 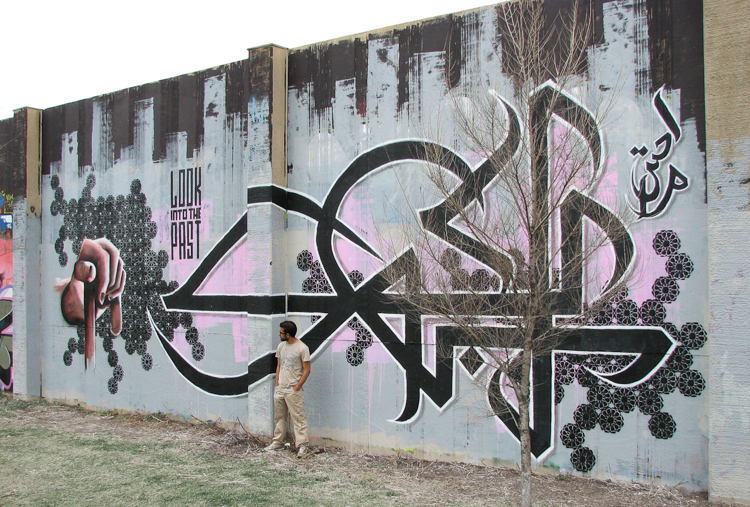 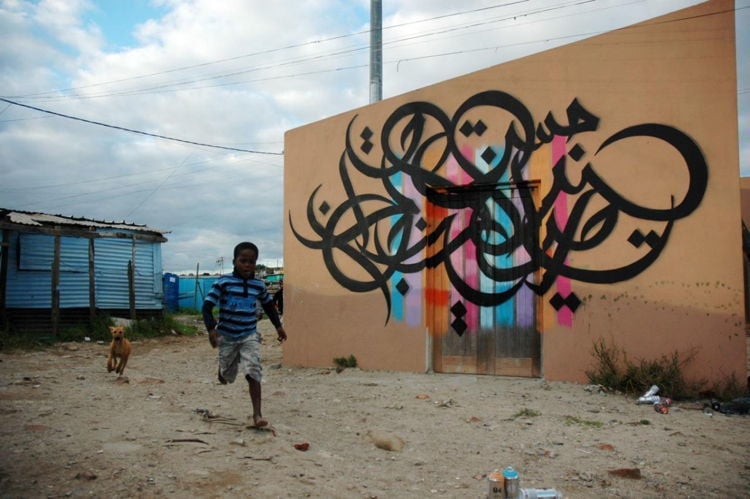 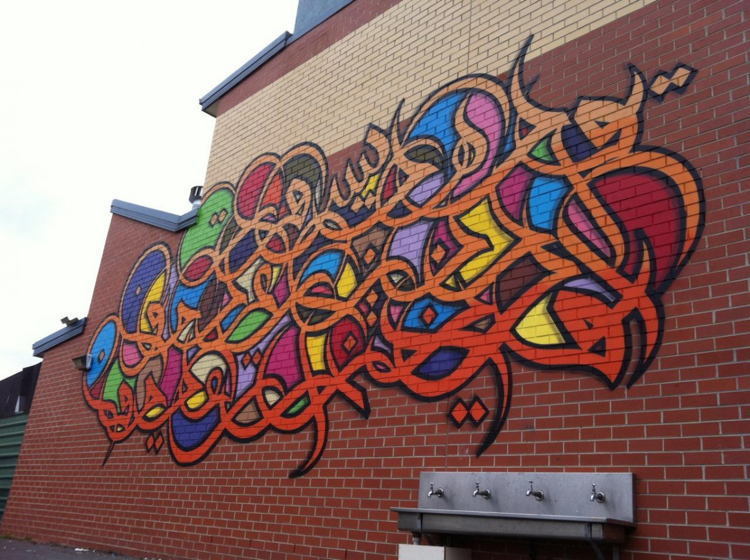 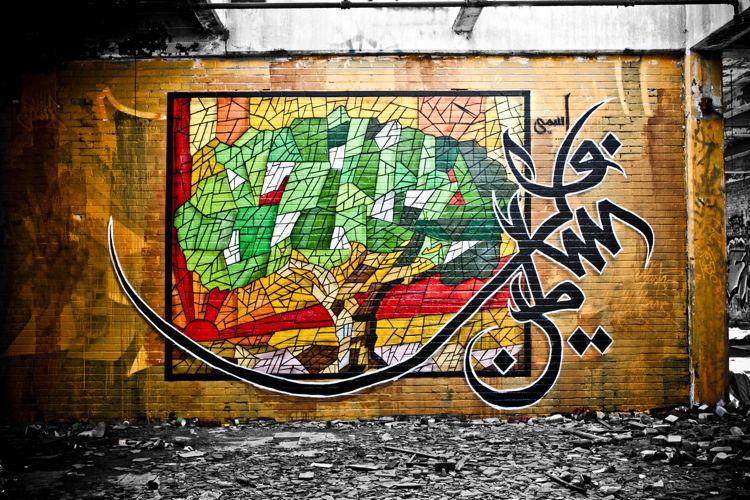 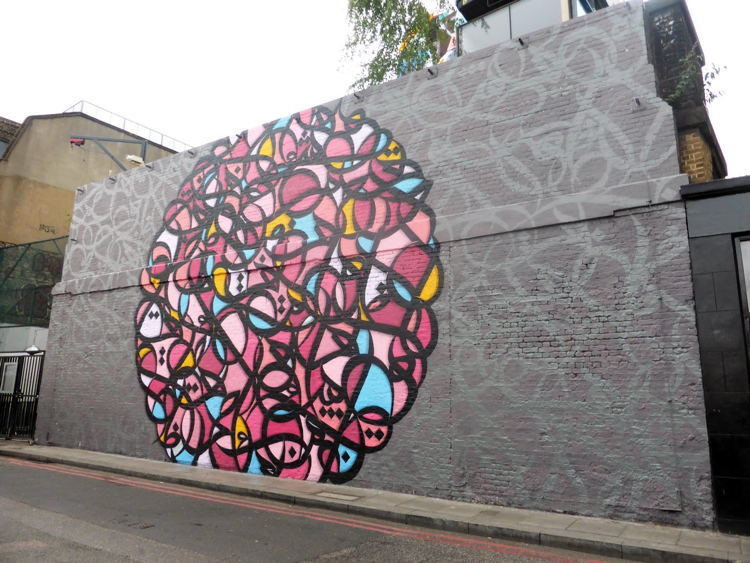 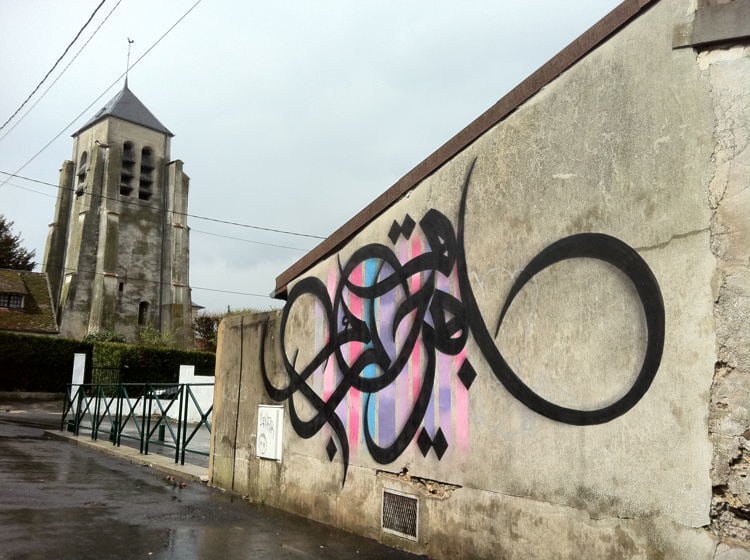 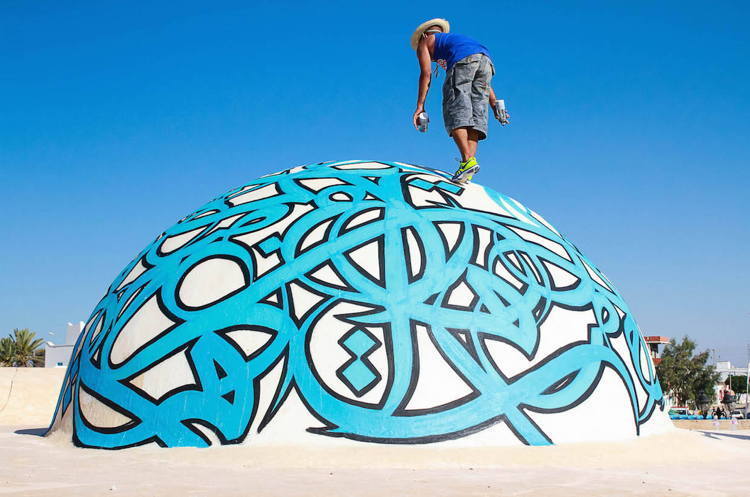 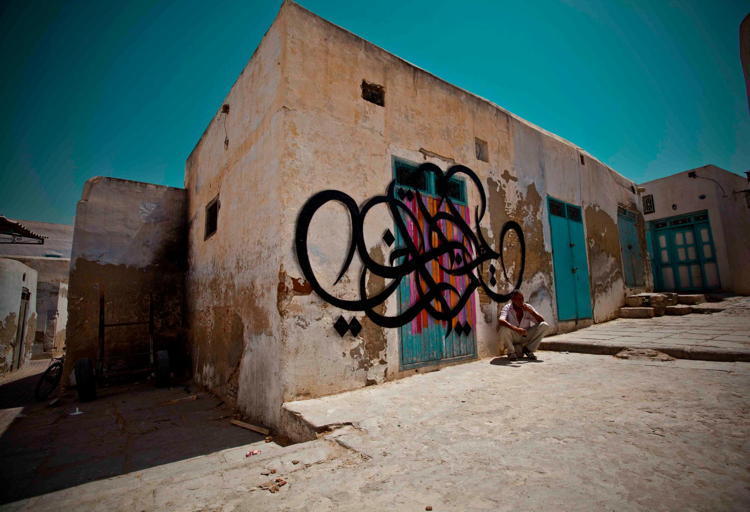 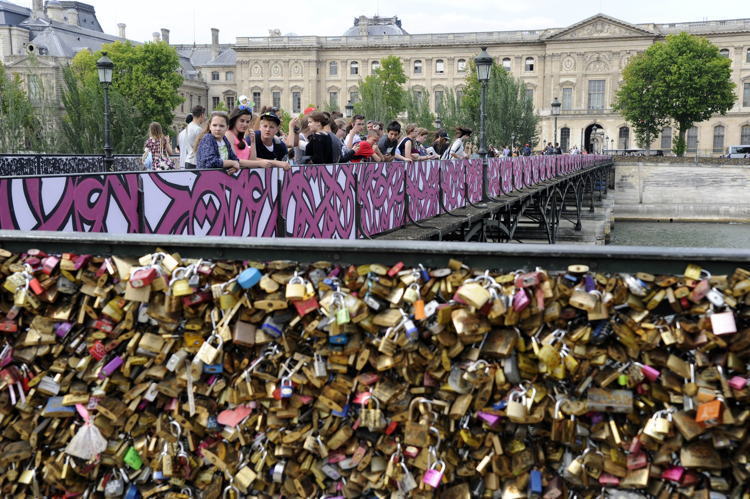 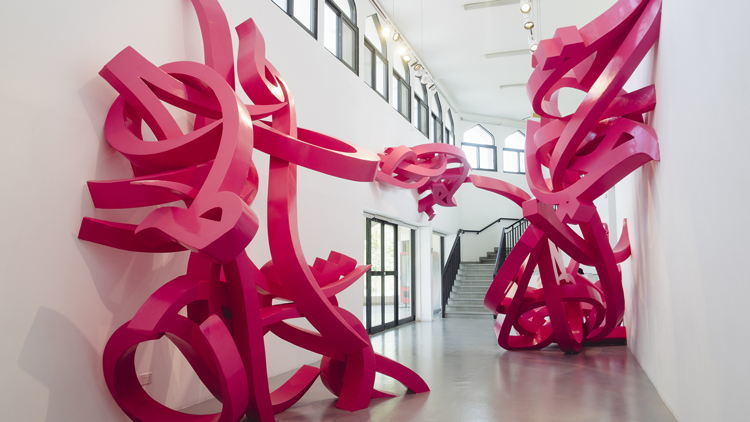 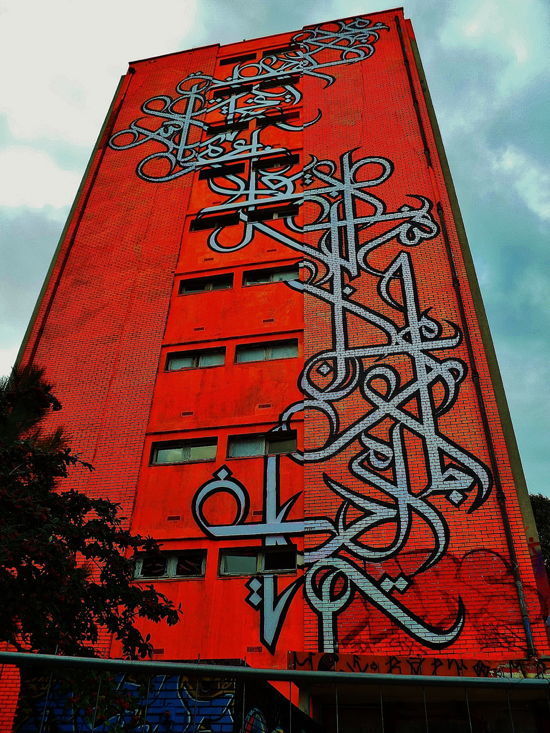 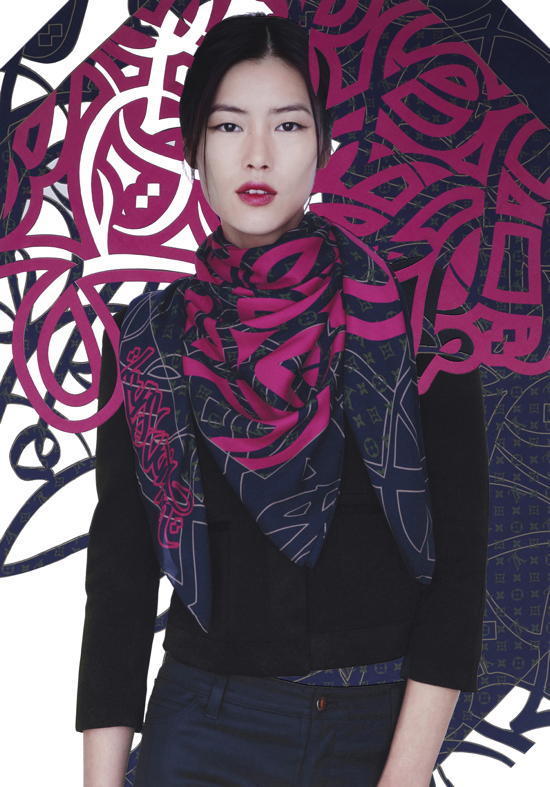 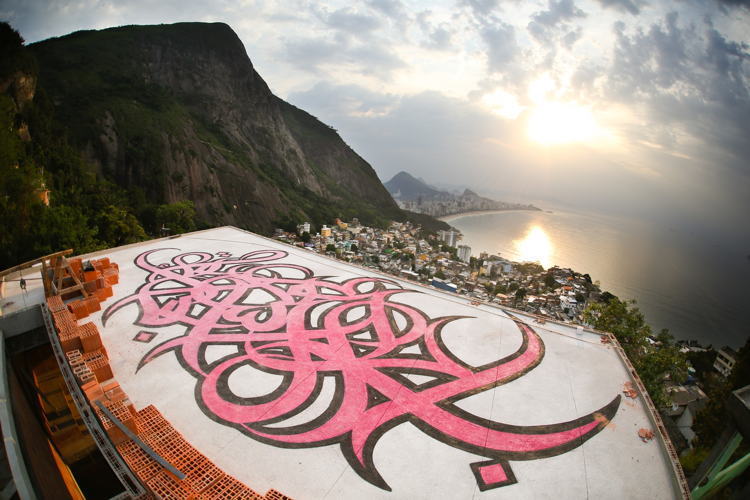 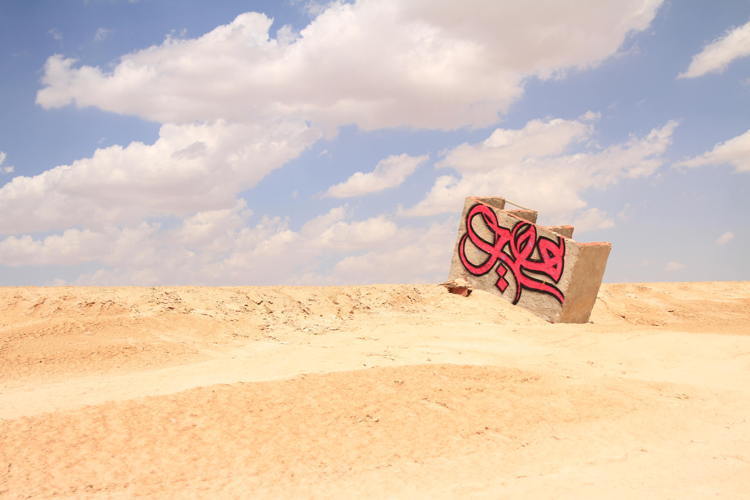