Elephant Island Might Be The Most Beautiful Deserted Place On Earth 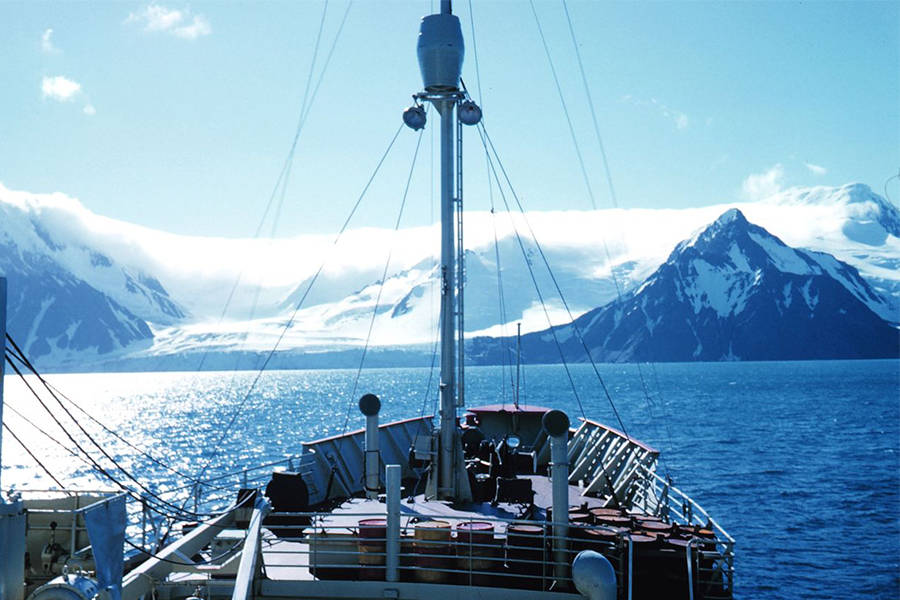 Wikimedia CommonsElephant Island from the sea.

Just over 150 miles north of the frozen tundra of Antarctica lies a tiny mountainous island. Known as Elephant Island, named for the elephant seals that explorers once saw lounging on its shores, the island is one of the most picturesque places on earth. It’s also one of the most desolate.

The Discovery Of Elephant Island

In 1821, the first Russian Antarctic expedition set out. In their 985-ton ship named Vostok, the crew came across the island. Little record exists of their adventure, and it’s unknown whether or not they actually explored the island, or just viewed it from the sea. The most information on the island comes from the next great crew to come across it, almost a century later.

In 1916, British explorer Ernest Shackleton set out to explore the entire Antarctic continent. After their ship Endurance became famously stuck on ice in the Wedell Sea, the crew found themselves stranded. Elephant Island was the only land within reach, and soon became the refuge of the Endurance‘s 28 men. 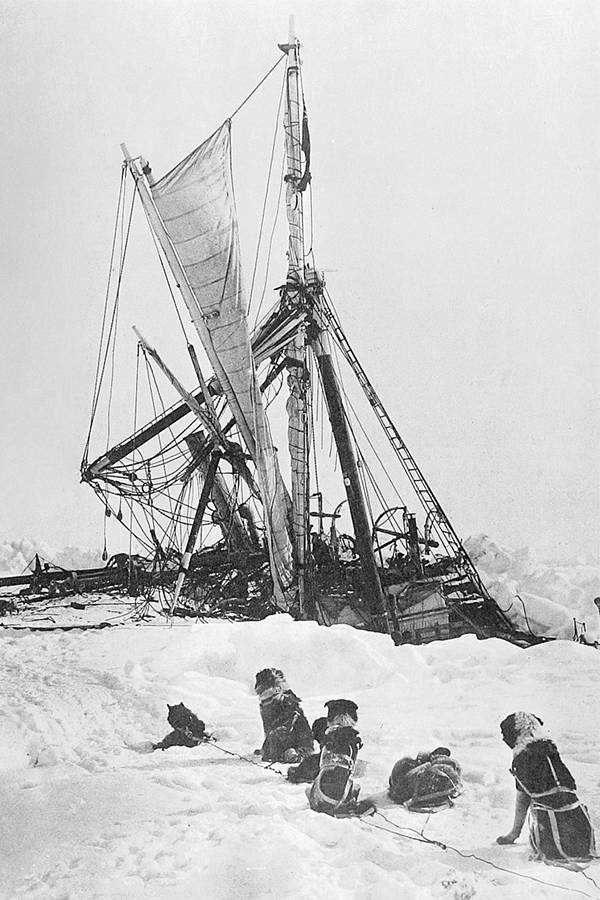 Wikimedia CommonsThe sinking of the Endurance.

The first man to set foot on Elephant Island was Perce Blackborow, the youngest member of Shackleton’s crew, who originally boarded the ship as a stowaway. The crew first made camp at Cape Valentine, on the easternmost point of the island, before moving westward to a more geologically stable location. They called their safe haven, far from rockfalls and safer from the sea, Point Wild.

While stranded on the northern edge of the island, crew member and physicist Reginald James composed a poem in homage to Point Wild, which he called the “most palatial dwelling place.”

It was from Shackleton’s crew that the island got its new name, “Elephant Island.” Shackleton’s captain claims that the name stemmed from the term that the crew used to refer to the land, “Hell-of-an-Island.” Others claim the name comes from the elephant seals on its shores and the island’s resemblance to an elephant head.

Eventually, Shackleton realized that the crew’s chance of being rescued from Elephant Island was slim. As it was still considered relatively undiscovered, it wasn’t in the major whaling ship lanes. The island also had almost no animals, leaving the crew without a source of food. Occasionally they would come across a penguin or seal, but for the most part, all they found was ice and snow. 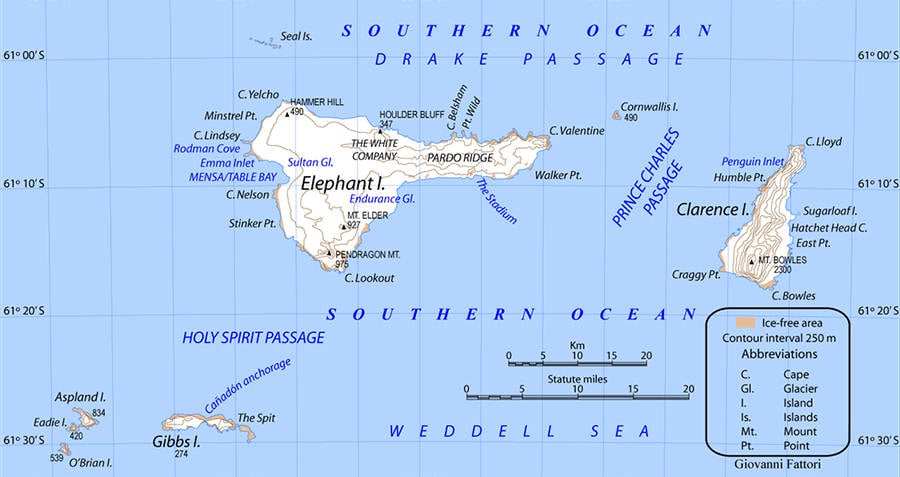 Eventually, a handful of crew members took a lifeboat to South Georgia Island and sent a whaling ship back to finally rescue the others. In total, the crew had survived four and a half months on the island.

Elephant island has no natural inhabitants to speak of and no vegetation. The seals and penguins that lounge on the shores are transients, who stop on the island on their migratory routes, but never stay permanently. The area was once full of whales, mostly southern right whales, though the numbers are still recovering from the area’s history of whaling. 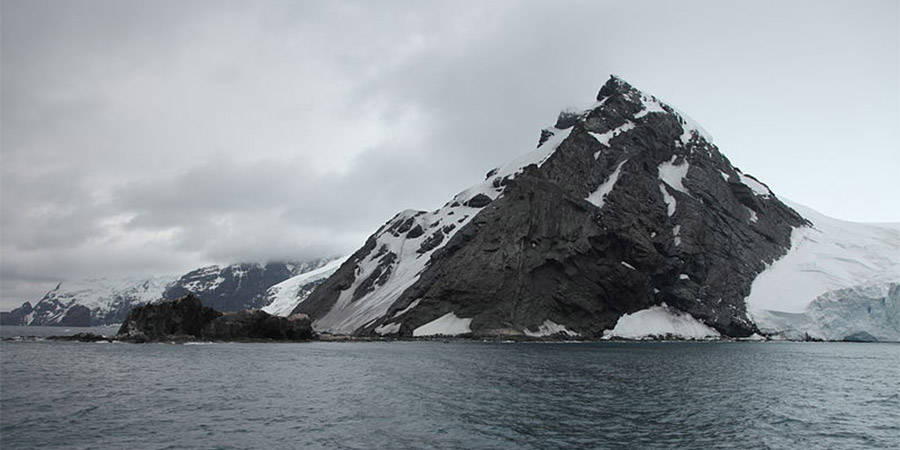 Due to the lack of safe anchorage areas on the island, permanent settlements by humans are nonexistent. That being said, there are several scientific research shelters on the island, erected by Argentina, Chile, and the U.K., each of which has a partial claim to the island. Brazil also has a shelter on the island, for summertime research.

A monument to Ernest Shackleton’s Endurance crew also stands on the island, a permanent reminder of what the men had to endure. It stands on Point Wild, where the group made their camp and contains several plaques for the team and a bust of the captain who saved them.